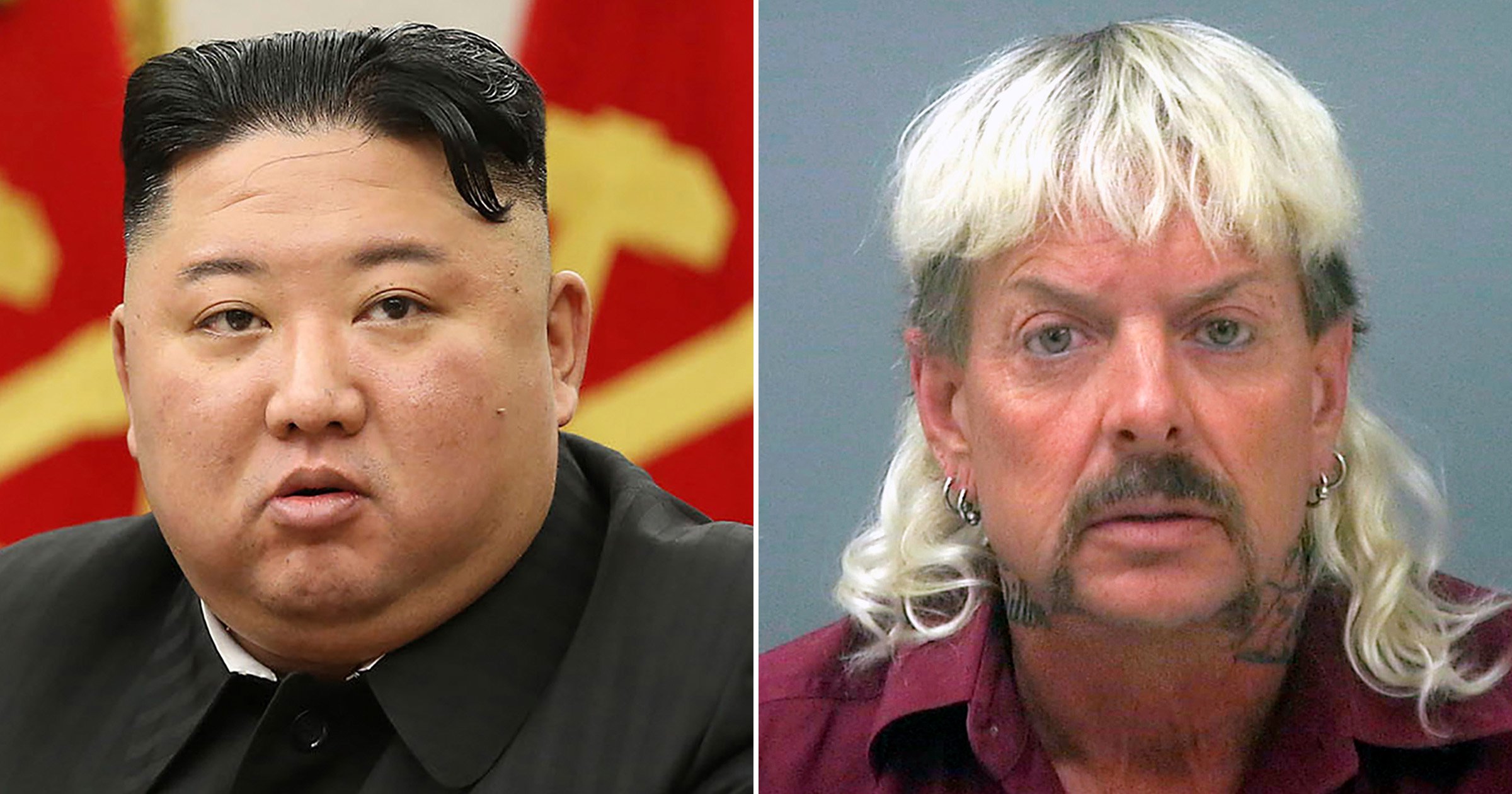 North Korea fears mullets and skinny jeans will tear the country down ‘like a damp wall’ if they are not stamped out.

A state-run newspaper warned on Thursday that more needed to be done to fight the ‘invasion of a capitalistic lifestyle’ from the ‘exotic and decadent’ West.

It comes after dictator Kim Jong-un toughened laws in December so that repeat fashion crime offenders – including those with dyed hair and piercings – could be sent to labour camps.

The Rodong Sinmun, an arm of the country’s ruling Worker’s Party, wrote: ‘History teaches us a crucial lesson that a country can become vulnerable and eventually collapse like a damp wall regardless of its economic and defence power if we do not hold on to our own lifestyle.’

‘We must be wary of even the slightest sign of the capitalistic lifestyle and fight to get rid of them,’ it added.

In December last year, North Korea made punishments tougher for those found to be in possession of videos made in South Korea, such as Gangnam Style.

As part of the crackdown, the leader also banned ‘non-socialist’ hair-dos like the mullet, while spikey and dyed hair were also outlawed.

Locals seen rocking green highlights inspired by Billie Eilish were reportedly forced to go to the hairdressers to remove them.

As part of the draconian laws, men and women must have one of 15 alternative – yet very similar – haircuts.

The provincial Youth League recently issued an order on ‘proper’ hairstyles and clothing, ­according to Daily NK.

The document says mullets or other unauthorised hairstyles are ‘anti-socialist behaviour’ and part of the ‘yellow wind of capitalism’.

Also outlawed are Western-style clothing such as ripped or skinny jeans, slogan-emblazoned T-shirts and nose and lip piercings.

North Korea is one of nine countries in the world to possess nuclear weapons.

Analysts believe the reclusive state has more than 60 nukes, but it lacks a sophisticated delivery system.