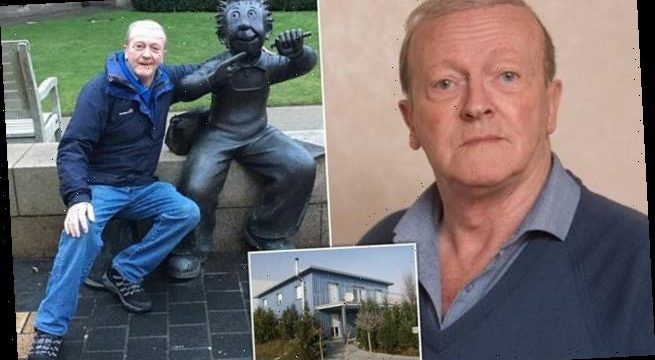 Father-of-two, 70, who was diagnosed with motor neurone disease seven years ago is preparing to end his life at Swiss clinic Dignitas for £10,000 so he can ‘die peacefully’

A father-of-two who was diagnosed with motor neurone disease seven years ago is preparing to end his life at Swiss clinic Dignitas for £10,000 so he can ‘die peacefully’.

Dave Finlay, 70, has suffered with the debilitating condition for seven years and believes the diagnosis is a death sentence.

Over time it becomes increasingly more difficult to move, swallow and breathe, with feeding tubes and face masks often needed in the later stages. There is no cure and it is eventually fatal, but there are treatments to ease its symptoms.

The father-of-two, from Dundee said today: ‘You basically turn into a vegetable. You can’t move or speak and the only way you can communicate is by blinking and I don’t know how long I’d have to live like that. 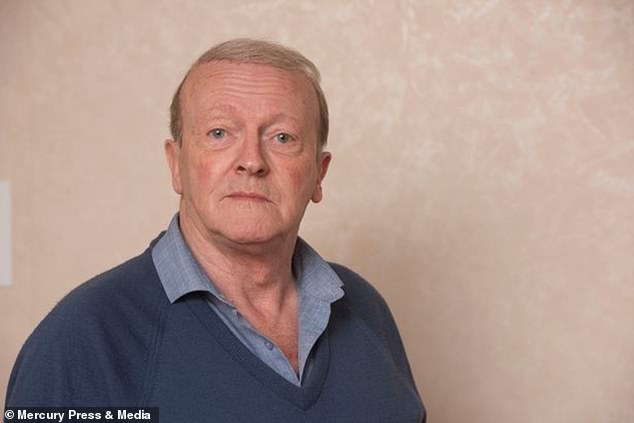 Dave Finlay, 70, has lived with motor neurone disease for seven years and wants to end his life 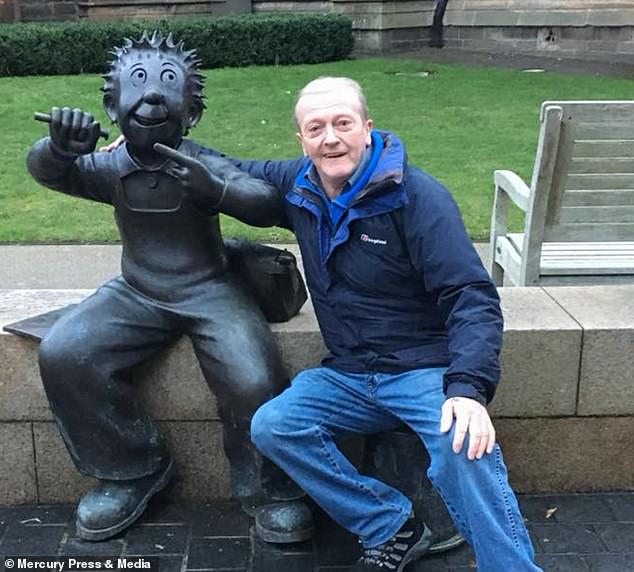 What is motor neurone disease or MND?

Motor neurone disease is caused by a problem with cells in the brain and nerves called motor neurones.

These cells gradually stop working over time, it’s not known why this happens and there is no cure.

According to the NHS’ website, moving around, swallowing and breathing get increasingly difficult, and treatments like a feeding tube or breathing air through a face mask may be needed.

The condition eventually leads to death, but how long it takes to reach this stage varies widely.

There are treatments to improvement and maintain the ability to speak as the condition worsens.

More information on MND is here.

‘Why should I have to suffer? People are dying terrible deaths.

‘In Switzerland, it’s a peaceful way of going, you drink something and fall asleep. I envy people who die in their sleep.

‘Nobody wants to die but I’ve accepted that if I don’t do it, it could end up being too late and I’ll end up as a vegetable so when I start to feel like the condition is getting worse, I’ll go.

‘I’m lucky because I can still walk, I can walk to the pub for a pint but in the end I’d end up paralysed.’

The retired heating surveyor has been given the green light to end his life in Switzerland when his condition begins to worsen, at a cost of £10,000.

Mr Finlay was diagnosed after noticing a ‘niggle’ in his left leg and he started becoming clumsy.

He didn’t tell his family until two years later when his mum, Doreen, died.

He said: ‘I first started getting symptoms in 2009.

‘It was in my leg when I was walking down stairs, then I would fall over and I put it down to clumsiness but now I know there were signs staring me right in the face which I ignored it because I wasn’t in pain.

‘I thought maybe it was life getting me back because I had a motorbike accident years before and injured my knees. 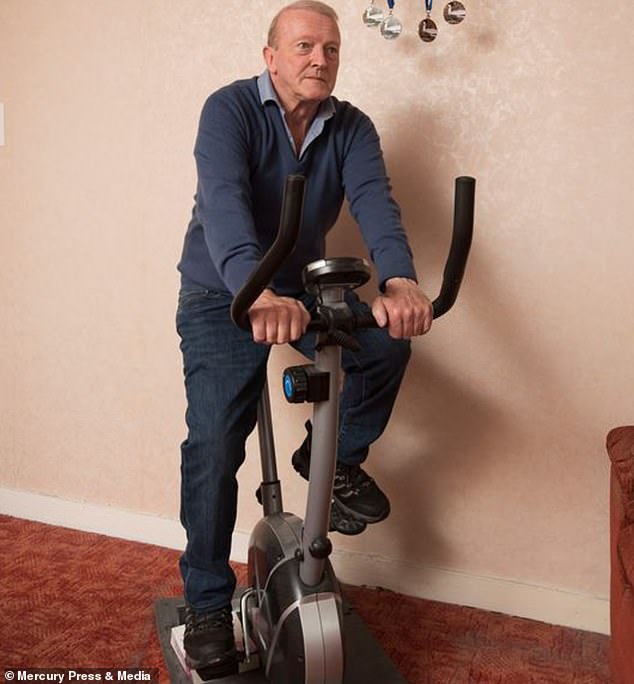 Dave Finlay fears he will become a ‘vegetable,’ as his conditions worsens over a period of time 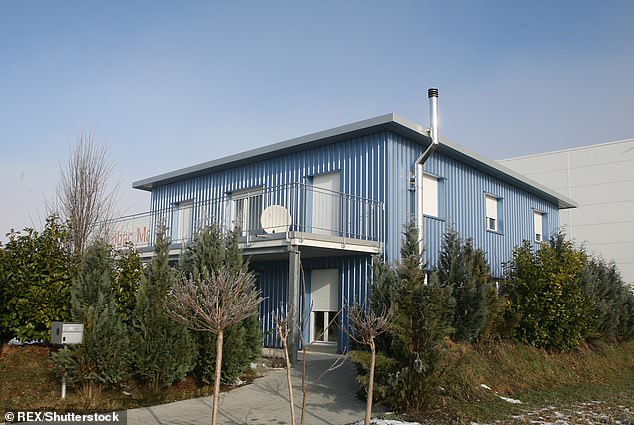 Mr Finlay got in touch with assisted suicide clinic Dignitas to look into his case, as he plans to end his life

Under the Suicide Act 1961, anyone helping or encouraging someone to take their own life in England or Wales can be prosecuted and jailed for up to 14 years if found guilty of an offence.

Section two of the act states that a person commits an offence if they carry out an act capable of encouraging or assisting the suicide or attempted suicide of another person, and the act was intended to encourage or assist suicide or an attempt at suicide.

Opposition to changing the law has come from faith groups, campaigners who say disabled people may feel pressured to end their lives and campaigners who fear assisted dying would become a business.

‘It was a shock. I didn’t tell anyone, I didn’t want my mum to know so I waited until she’d died before telling my family.’

Two years ago he got in touch with assisted suicide clinic Dignitas Switzerland.

He said: ‘I was so relieved when I was accepted.

‘The difference I felt in myself was amazing.

‘My family understand what’s ahead for me so they know why I want to go and they support me.

‘Ten per cent of people last more than ten years and they’re usually bed ridden or in a wheelchair so I am lucky that I’m still moving about.

‘The disease is moving through my body slowly and I’ve lasted longer than expected but that’s also worrying because if I end up paralysed, we don’t know how long I’d have to live like that.’

Dave is now calling for a change in the law so that people from the UK with long term illnesses don’t have to travel to Switzerland to end their life.

He said: ‘There are people in my situation not enjoying their life because they know what’s coming. 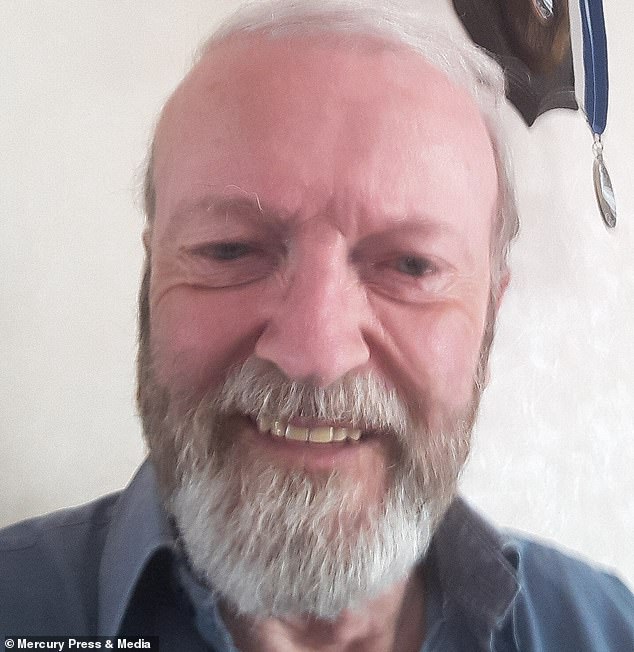 Two years ago, Dave got in touch with a clinic in Switzerland and had to pay an upfront cost of £3,000 just for them to look into his case

‘I want to see the law change so I don’t have to go but it won’t happen in my lifetime.

‘Going to Switzerland is going to take years off my life because I’ll have to make sure I go before I start deteriorating.