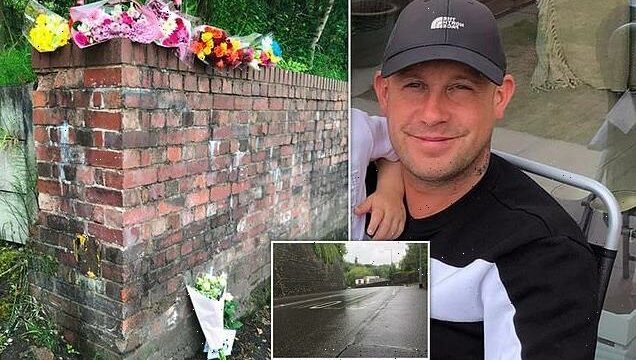 Father-of-four with a ‘heart of gold’ dies in horror crash after getting into his car ‘profoundly intoxicated’ and speeding, inquest hears

A father-of-four with a ‘heart of gold’ who died after his car came off the road and hit a wall was ‘profoundly intoxicated’ and likely driving at a ‘high speed’, an inquest into his death has found.

Benjamin Harvey, 37, died in a horror crash after he lost control of his silver Audi A3 Sport crashing on a bend on the A560 on the outskirts of Stockport, Greater Manchester, in June.

Paramedics raced to the scene following the crash shortly after 1.30am on June 5 but Mr Harvey, who was a scrap dealer from Bredbury, could not be saved.

Today an inquest into the much-loved father’s death heard police had used to CCTV footage to calculate the speed he was travelling at.

Investigations concluded he was travelling at around 56mph around 2,000 ft before he crashed. 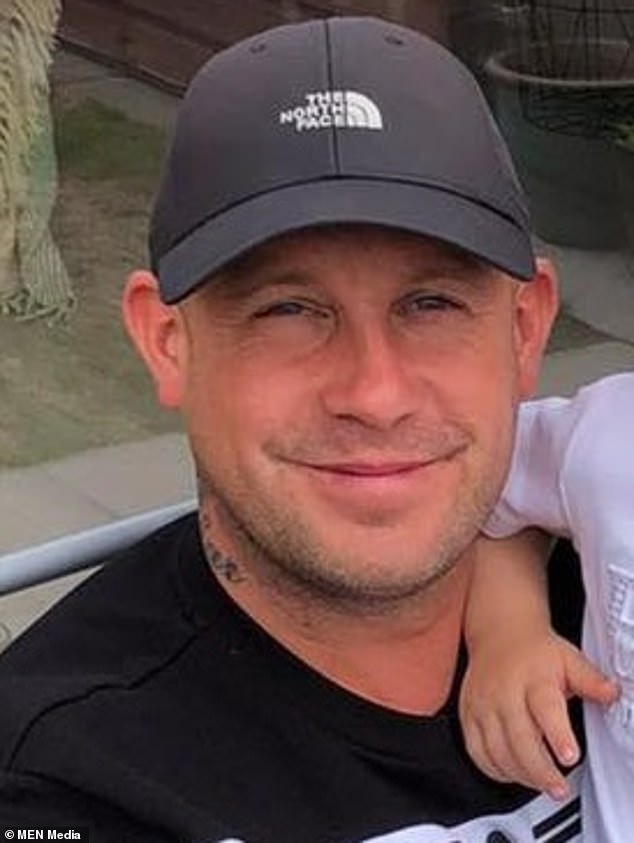 Benjamin Harvey (pictured), 37, died on June 5 this year after he lost control of his silver Audi A3 Sport crashing on a bend on the A560 on the outskirts of Stockport, Greater Manchester

A forensic collision reconstruction report, read at the inquest by PC Paul Terry, added that it was ‘possible he may still have been travelling in the region of 56mph when he entered the series of bends.’

The treads of the tyres were found to be above the legal limit with no mechanical defects according to an engineer who said the Audi was in a ‘satisfactory and roadworthy’ condition.

PC Terry added that the evidence suggested Mr Harvey ‘may have attempted to negotiate these bends whilst driving at a speed that was too fast for the vehicle to be able to maintain a grip on the road surface’.

He said that it was possible that after negotiating the first right-hand bend and turning into the second, left-hand bend that the car began to ‘slide across the road surface.’

The officer concluded: ‘Mr Harvey may have entered the series of bends at a speed that would have been difficult for any driver to negotiate.

‘Whilst his level of intoxication was likely to have impaired his judgement and reduced his ability to react effectively to a loss of control.’ 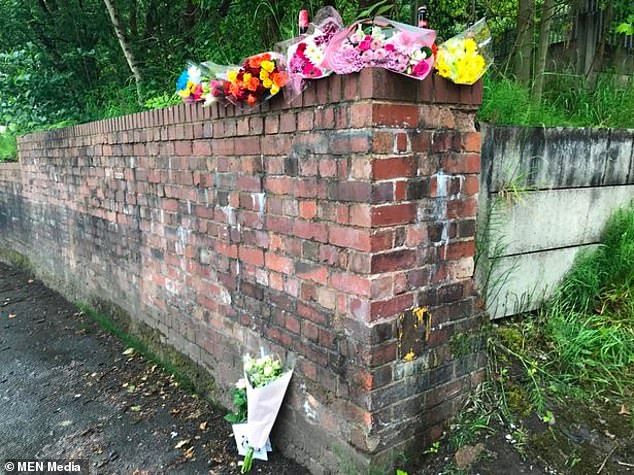 Following his death flowers and tributes were left at the scene of the tragic crash. He was described as the ‘best dad’ with a ‘heart of gold’

The Senior Investigating Officer in the case, Brian Orr, said that the driving had been aggravated by Mr Harvey’s intoxication.

He said:  ‘Taking all the evidence into account I feel it’s fair to say that Benjamin’s manner of driving has contributed to this collision and his subsequent death.

‘The manner of his driving was further aggravated by his level of impairment from the high level of alcohol in his system.’

A post-mortem examination conducted by Dr Michael Scott concluded Mr Harvey died of ‘multiple injuries under the influence of alcohol.’

Toxicologist Dr Martin said analysis showed that at post-mortem Mr Harvey had a blood alcohol concentration of 307mg/dL, the legal limit for driving being 80mg/dL.

She said this was ‘consistent with profound intoxication.’ The inquest was dealt with on a documentary basis with no witnesses being called and no family were present at the short hearing at South Manchester Coroner’s Court in Stockport. 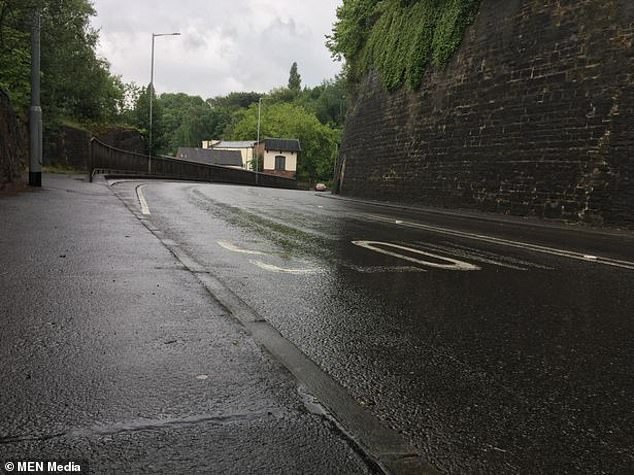 The bend on the A560, on the outskirts of Stockport, where Mr Harvey tragically died

Area Coroner Chris Morris said: ‘Mr Harvey was tragically killed in a single vehicle road traffic collision on June 5 on the A560 Brinksway, opposite Stockport Powder Coating. In that collision, his car has left the carriageway after having apparently failed to negotiate the second of two bends and he has come into collision with a brick wall.

‘It has been suggested that prior to the collision he was travelling well in excess of the posted speed limit for that stretch of road and was also profoundly intoxicated having used alcohol.

‘Given the evidence it’s very likely these two significant factors have contributed to this collision, bearing in mind no mechanical defaults have been found with the vehicle in question.’

Recording a conclusion of accident he said Mr Harvey died ‘as a result of injuries sustained when the Audi motor vehicle he was driving lost control and struck a brick wall’.

He added: ‘It’s probable that driving at high speed whilst intoxicated through alcohol use has contributed to the fatal collision.’

Following his death, Mr Harvey’s former partner, and mother to his four-year-old son, Charlotte Cawley said he was the ‘best dad’ and that she had been left ‘absolutely heartbroken’ following his sudden death.

She told the Manchester Evening News he had a ‘heart of gold.’

A large number of flowers and messages were also left at the scene. Friend Wayne Phillips said: ‘Ben was a legend and always helped you out if he could, every time I saw him he was always working and always had one of his kids with him.

‘He will be sadly missed by his pals, family and kids.’