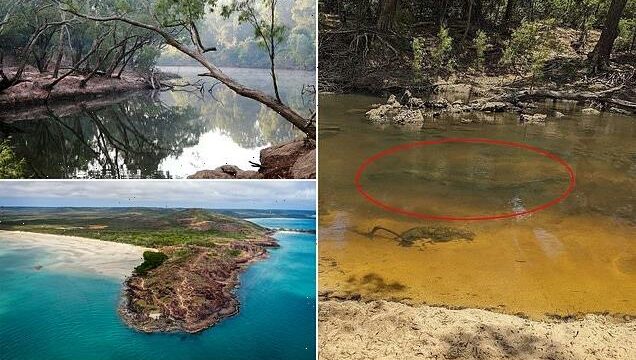 Family enjoying a dip at a popular swimming spot suddenly realise danger lurks metres away – so can you spot it?

Aussies were warned against swimming in one of the country’s biggest tourist spots after a family were forced to surrender their gazebo and thongs to a massive croc.

Jeremaine Agale shared an ominous photo of the Wenlock River near Cape York at Queensland’s northern tip, on the To The Cape York And Back Information Facebook page on Thursday alongside a dire warning.

‘I know we live in croc country but always be vigilant. A pic from a local family enjoying time on the Wenlock River cooling off until a visitor shows up,’ he wrote.

The photo showed a crocodile floating in the middle of the river, which is a popular swimming spot for adventurers heading to the very top of Australia. 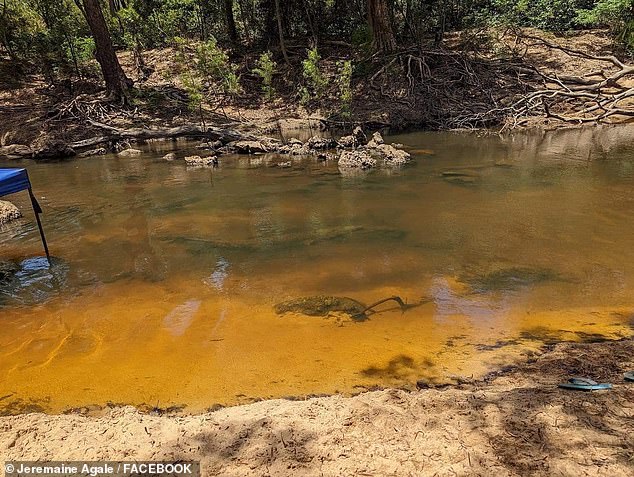 A family swimming in Queensland’s northern Wenlock River spotted a massive crocodile (pictured, the crocodile floating to the right of the gazebo) 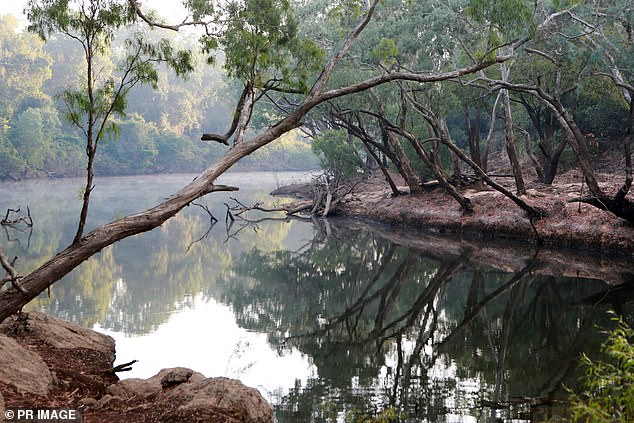 The Wenlock River (above) is a popular swim spot for tourists heading to Cape York at Queensland’s northern tip, but is known to locals as a crocodile hotspot

The viral post quickly gained more than 4,600 reactions and hundreds of comments.

‘I was told in Darwin that for every one that you see there is another seven,’ one person wrote.

‘Lucky Kings have their gazebos on sale at the moment…that one lives there now,’ another commenter joked.

‘Wow, look how well it blends in,’ another said.

However, many locals wrote the photo was a timely reminder for tourists.

‘The Wenlock is full of crocodiles and a lot bigger than that one in the picture,’ one person wrote. 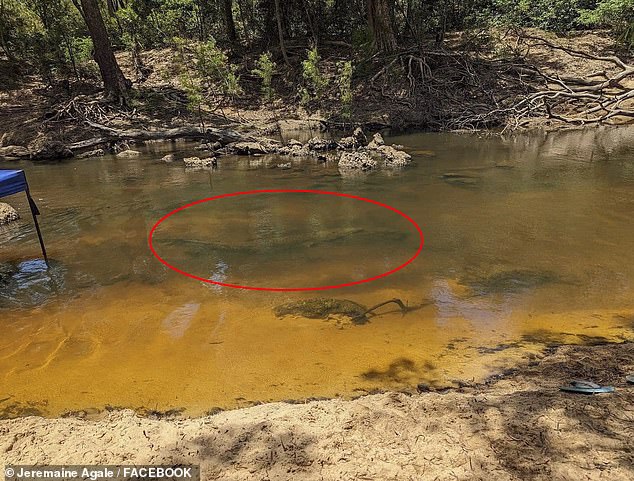 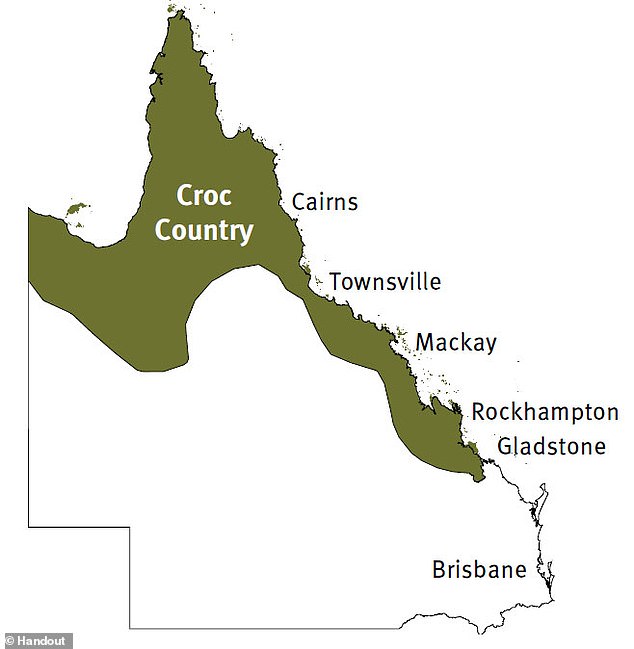 Much of northern Queensland is considered ‘croc country’ with an average of one fatal attack every three years (pictured, a map of crocodile habitats)

‘Never swim in dirty water, always make sure the water is crystal clear so you can see the bottom but even still your not safe because that’s their territory.’

Australia’s north is infamous for being a crocodile hotspot with large, dangerous saltwater crocs often frequenting freshwater creeks and rivers.

Despite Queensland MP Bob Katter’s infamous rant that ‘every three months a person is torn to pieces by a crocodile in north Queensland’, the actual figure is a lot less.

But it’s still too high to get comfortable.

Data from the government shows there were 12 deaths in Queensland from 1975 to 2021 and 41 non-fatal attacks, averaging one fatal crocodile attack every three years in the state.

To stay up to date on Queensland’s latest croc sightings, visit the Queensland Department of Environment and Science’s website. 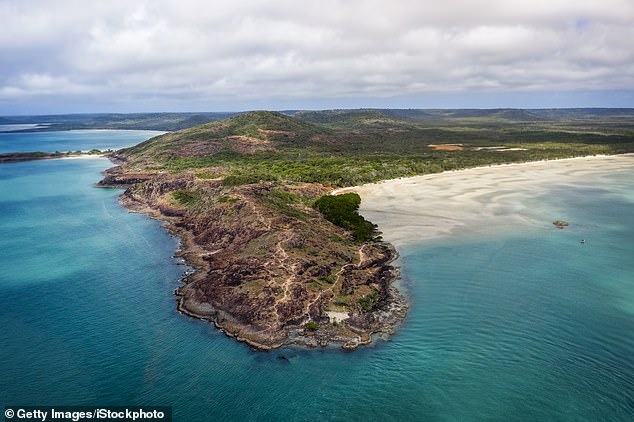 HOW TO BE CROC-WISE AND KEY FACTS TO STAY SAFE

Report all crocodile sightings as soon as possible even if you’ve reported the animal before by:

Dispose of your food and fish scraps in a bin — don’t leave food, fish scraps or bait near the water, around your camp site or at a boat ramp. Crocodiles will be attracted by an easy meal, and this puts subsequent visitors to the area at risk.

Do not feed crocodiles — it is illegal, dangerous, and teaches crocodiles to associate humans with food.

Be extra cautious at night — dusk and dawn when crocodiles are most active.

Do not use kayaks, paddleboards and other small craft in crocodile hotspots — the smaller the vessel, the greater the risk, crocodiles have taken people from small vessels.

Dogs are attractive prey to crocodiles — keep your pets on a lead and away from the water’s edge.

Crocodiles are more active during the warmer months of the wet season.