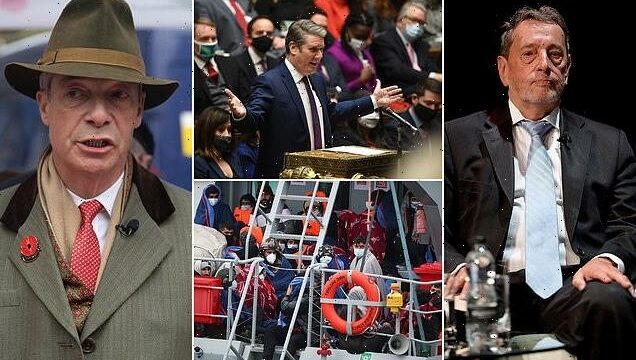 Lord Blunkett today claimed Nigel Farage ‘might end up being prime minister’ if Labour rolled out plans to introduce ‘safe routes’ to allow asylum seekers to come to the UK.

The former home secretary said ‘the politics is toxic when it comes to migration’ as he cautioned Sir Keir Starmer against a policy of softening the asylum system.

Lord Blunkett said there is ‘no silver bullet’ to fix the migrant Channel crossings crisis and he argued progress will only be made through increased cooperation between the UK and its European neighbours.

His comments came after a migrant boat capsized in the Channel yesterday causing the loss of dozens of lives.

The French regional maritime authority said 27 people had died in the incident which is the worst of its kind since the current crisis began. 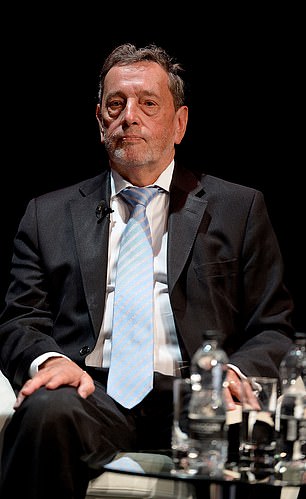 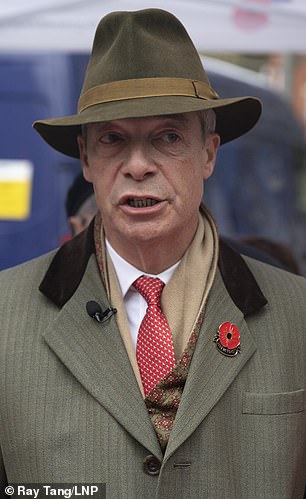 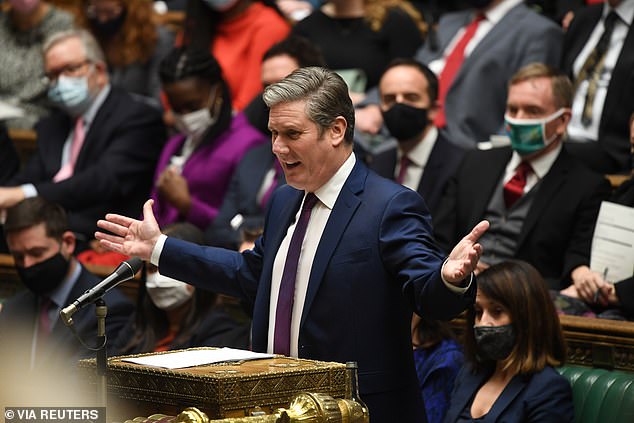 Boris Johnson spoke to French President Emmanuel Macron last night in the wake of the tragedy and the two leaders agreed to ‘keep all options on the table’ in their efforts to break up the human trafficking gangs responsible for putting desperate people at risk in one of the world’s busiest sea lanes.

The UK has repeated its offer to send police and Border Force officials to mount joint patrols with the French to prevent migrant boats from attempting the perilous crossing.

The French have previously resisted amid concerns about the implications for their national sovereignty.

Labour pledged in its 2019 general election manifesto to ‘establish safe and legal routes for asylum seekers’ to come to the UK.

But Lord Blunkett today warned against making it easier for asylum seekers to reach Britain.

It was put to him during an interview on BBC Radio 4’s Today programme that some on the Labour left believe the solution to the crisis is to formalise routes across the Channel to allow people to come to the UK to submit an asylum claim.

Told that such an approach would likely not result in a ‘huge’ spike in asylum claims, the Labour peer replied: ‘Well, the numbers might not be but Nigel Farage might end up being prime minister and that could even be worse than what we have got at the moment.

‘The politics is toxic when it comes to migration… we have got something like a third less asylum seekers than the French and vastly lower numbers than the Germans.

‘But that doesn’t stop people actually believing that there is a flood coming in and so what we have got to do is to work with our counterparts in Europe.’

Lord Blunkett said there is ‘no silver bullet’ to solve the crisis and ‘no one clever thing to do’. 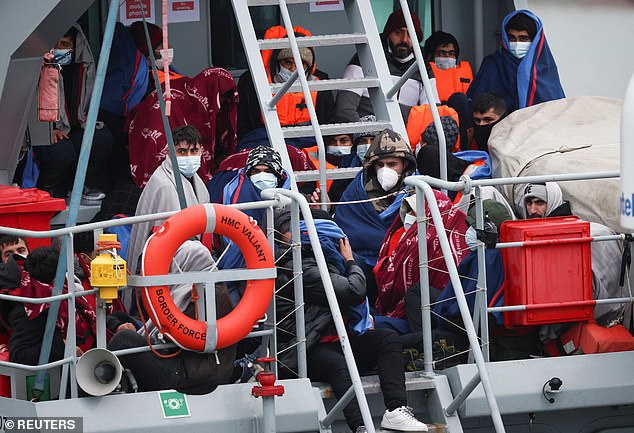 Migrants onboard a Border Force rescue boat wait to disembark at Dover harbour, after having crossed the Channel, in Dover, Britain, November 24

He added: ‘Unless we persuade the French that it is in their interest to do something, nothing is going to happen because they are being persuaded to stop people leaving their country to come to ours, that is the nub of this.’

Mr Farage warned earlier this week that the migrant crossings ‘crisis we are facing is one of national security’ as he said he is considering a return to the political frontline.

The former UKIP and Brexit Party leader said he is giving some ‘serious thought’ to a potential comeback after being ‘approached by several high-ranking donors’ in recent weeks asking him ‘if I am considering getting back into the political arena’.

Senior Tories have warned Mr Johnson a failure to tackle the crossings could fuel the rise of a new UKIP-style political party which could cost the Conservatives their majority at a general election.