Catherine, an adult virgin from regional Victoria, admits her mum is not happy about her lack of experience in the bedroom.

Both her parents are displeased about Catherine not having had sex, and most of all, going on the ABC program, You Can’t Ask That, to tell Australia about it.

‘Mum and dad hate that I’m here today. They hate it,’ Catherine says.

She is one of eight brave adults, aged between 23 and 31, who appear in Wednesday night’s episode of the interview show to discuss their sexual experiences. 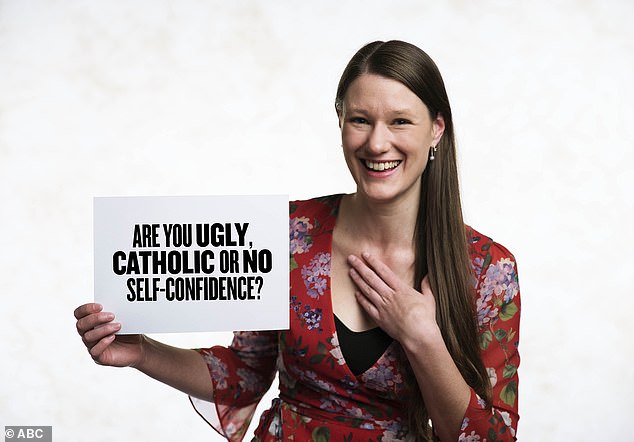 Catherine, from regional Victoria, admits her parents hated the idea of her going on You Can’t Ask That to talk about being a virgin – and her mum even suggest losing her virginity to her boyfriend before the show 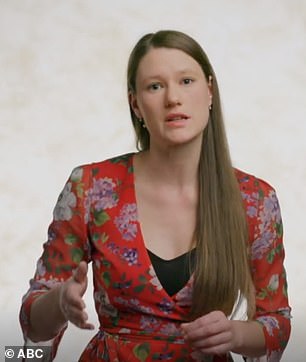 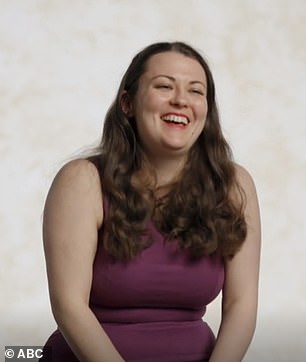 Catherine (pictured left) says society has moved away from valuing virginity to considering it ‘weird’. Julia (pictured right) says women can be ‘fetishized’ for their virginity, but admits she feels sorry for male virgins

‘She was like you can go stay at your boyfriend’s place the night before and have sex with him so you don’t go on the show.’

Catherine is a proud virgin. She made a choice in high school and ‘I’m stubborn, I stick to my decisions’.

She didn’t go to her boyfriend’s place.

Catherine admits when she was 14 a man offered her $50 for sex.

‘If I wanted to have sex I could very easily. I’ve had randoms on the street approach me and offer me money for sex.’

She thinks it’s contributed to women losing their virginity too easily.

‘The view of society years ago was “you must remain a virgin”. Now it’s gone the opposite way, “you’re a virgin, that’s weird!”

‘I’m happy being a virgin and I see no point in changing my mind.’ 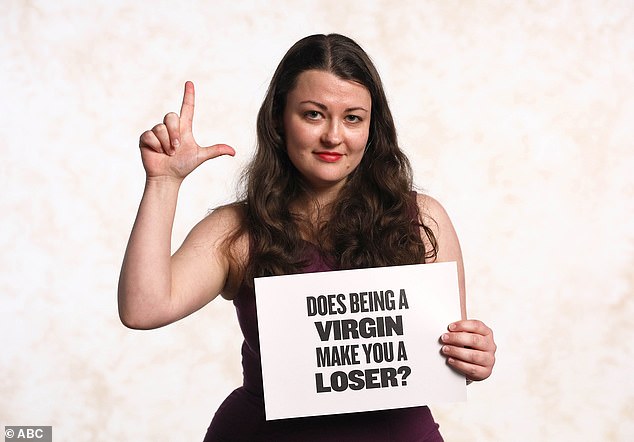 Julia, from Sydney admitted having a health condition that would make sex so painful for her that she would need therapy to deal with it 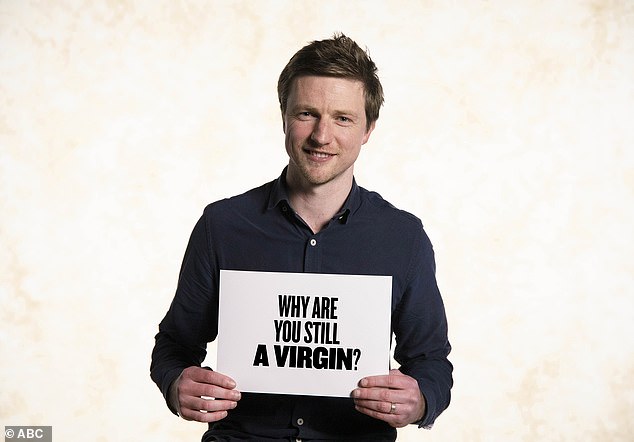 Julia, 30, from Sydney explains that an active sex life isn’t really a choice for her.

‘I discovered when I was about 25 that I have a condition that would make having sex really painful and I’d have to have therapy to fix that.’

‘It feels like someone’s sticking a knife in your body. It’s throbbing angry pain.’

But her story also reveals she hasn’t had a kiss since she was nine and that she didn’t ‘enjoy being in my body’ as a teen.

‘So there’s no way I would ever have got naked or let alone touch me.’

For transgender man Kerry Chin, from Sydney, sex is just not very ‘interesting’ and they don’t expect to ever have sex.

‘My skin goes red when other people touch me and it’s itchy and uncomfortable.’

‘I’m not a very touchy feely person I don’t even like hugging people that much so.’ 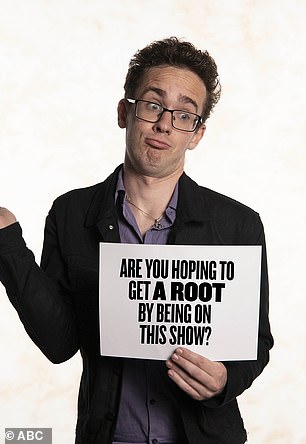 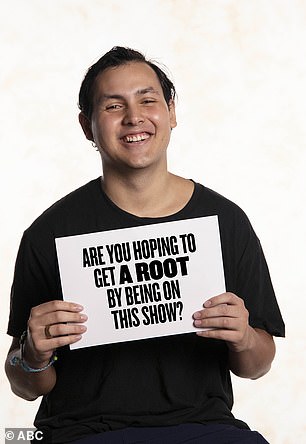 The youngest men on the program, Ishan and Declan (left and right), are the only participants who were very keen to lose their virginity – and both hoped being on the program might help 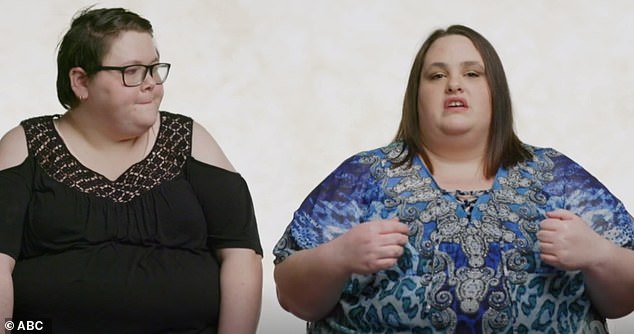 Nicole (left) and Ashleah (right), from Melbourne, say they find the intimacy and support they need in their friendship as housemates

Ashleah, 31, from Melbourne admits she’s ‘never had the opportunity’ to have sex.

She has tried internet dating, but found it unhelpful.

‘I have sent photos of myself and I have received photos of people’s genitals and it’s never gone past that.’

The program is also super awkward and funny too.

While Julia thinks men ‘fetishise’ women’s virginity, she suspects it’s better being a female virgin in some ways.

‘I kinda feel sorry for guys. If you’re a guy and a virgin it’s seen as a lot worse,’ Julia says.

‘It’s like “oh you must be sad and lonely and you live in a basement at your parents house”.’ 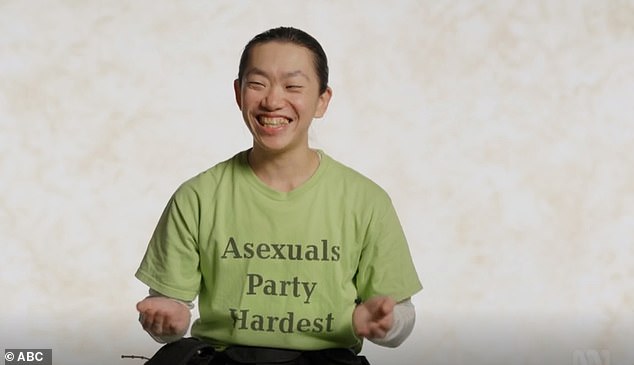 Blond heartthrob Seb, from Sydney and in his mid 20s, is a virgin because it’s part of his religious calling.

‘I felt within myself God saying why don’t you give me your entire life and I said yes.’

He ‘hopes’ to stay a virgin and believes some things are more important.

Most of the humour comes from the two youngest men, Ishan from Melbourne and Declan, a 23-year-old Sydneysider.

They are also open to the idea appearing on the show could help them end their virginity. Declan makes a point of sharing his Snapchat handle.

‘I feel like I’ve seen people that I thought would have s*** personalities and they didn’t look as good as me and they’ve got girlfriends and they’re living the life and I’m stuck at home,’ Declan complains. 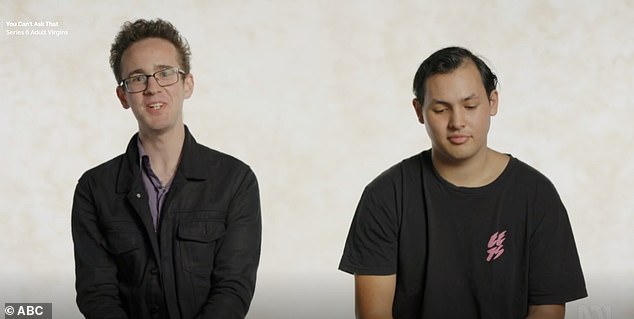 Ishan (left) admits he doesn’t know how to open a deal, let alone close one when it comes to sex

Ishan, in his early 20s, talks about a super awkward sexual experience at a party where he tries to smoothly win over a girl with his politeness and appropriately checks her ‘boundaries’ before proceeding.

‘It was slightly marred by the fact that my friend made out with her later that night.’

Later Ishan is the most open to the idea of visiting a sex worker, ‘to get it over with’.

While Ishan says he ‘was a bit of a Casanova’ in primary school, his success rate in getting intimate with girls has plummeted since. 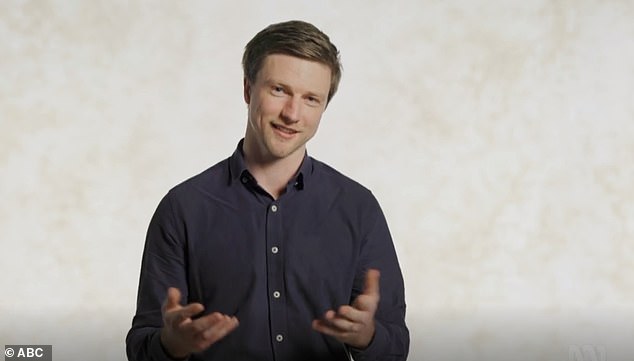 ‘Maybe I don’t have much physical intimacy I’m cool with that,’ Seb said. ‘I’m more interest in spiritual and interior intimacy’