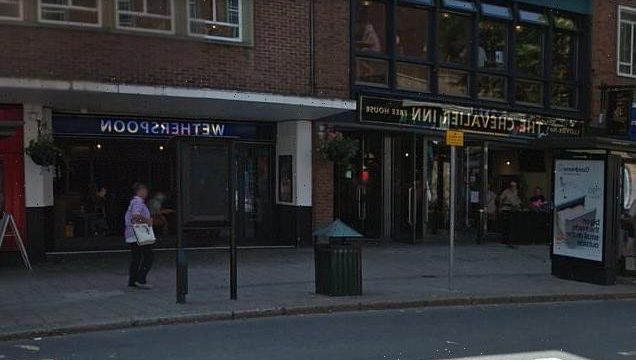 Drunk pub-goer, 38, walks free from court for punching ‘school bully’ in unprovoked attack after he spotted him in street 15 years later

A drunken pub-goer has walked free from court after he punched a man he said bullied him at school in an unprovoked attack when he spotted him in the street 15 years later.

Kevin Blatchford, 38, had been mourning the death of his brother at the Chevalier Inn Wetherspoon pub in Exeter when he saw his school bully walk past the window.

He left the pub before punching his victim to the ground, leaving him with a black eye and heavy bruising after the attack on July 30 last year.

CCTV footage then showed him hitting or slapping him seven times once he was down on the ground. 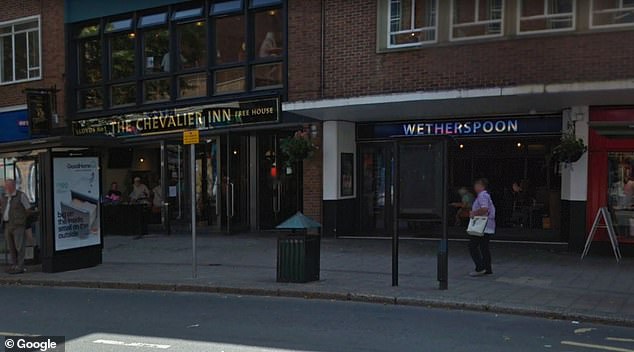 Kevin Blatchford, 38, had been mourning the death of his brother at the Chevalier Inn Wetherspoon pub (pictured) in Exeter when he saw his school bully walk past the window

He was sentenced to 10 months in jail, suspended for 18 months and ordered to do 10 days of rehabilitation.

Recorder Malcolm Galloway said: ‘There was undoubtedly some background between you and the complainant.

‘The probation report suggests work on your alcohol consumption and emotional resilience, in effect, not being an idiot.’

Blatchford said he was in a fragile mental state because his brother had died just six weeks earlier.

He added that his victim had beaten up his brother a couple of months prior to the attack.