A DRIVER bought the "world's most expensive polos" as he become the latest person caught out by strict airport parking rules.

Jonathan Thompson was slapped with £200 in fines after cameras twice snapped him buying sweets and coffee at an East Midlands Airport petrol station. 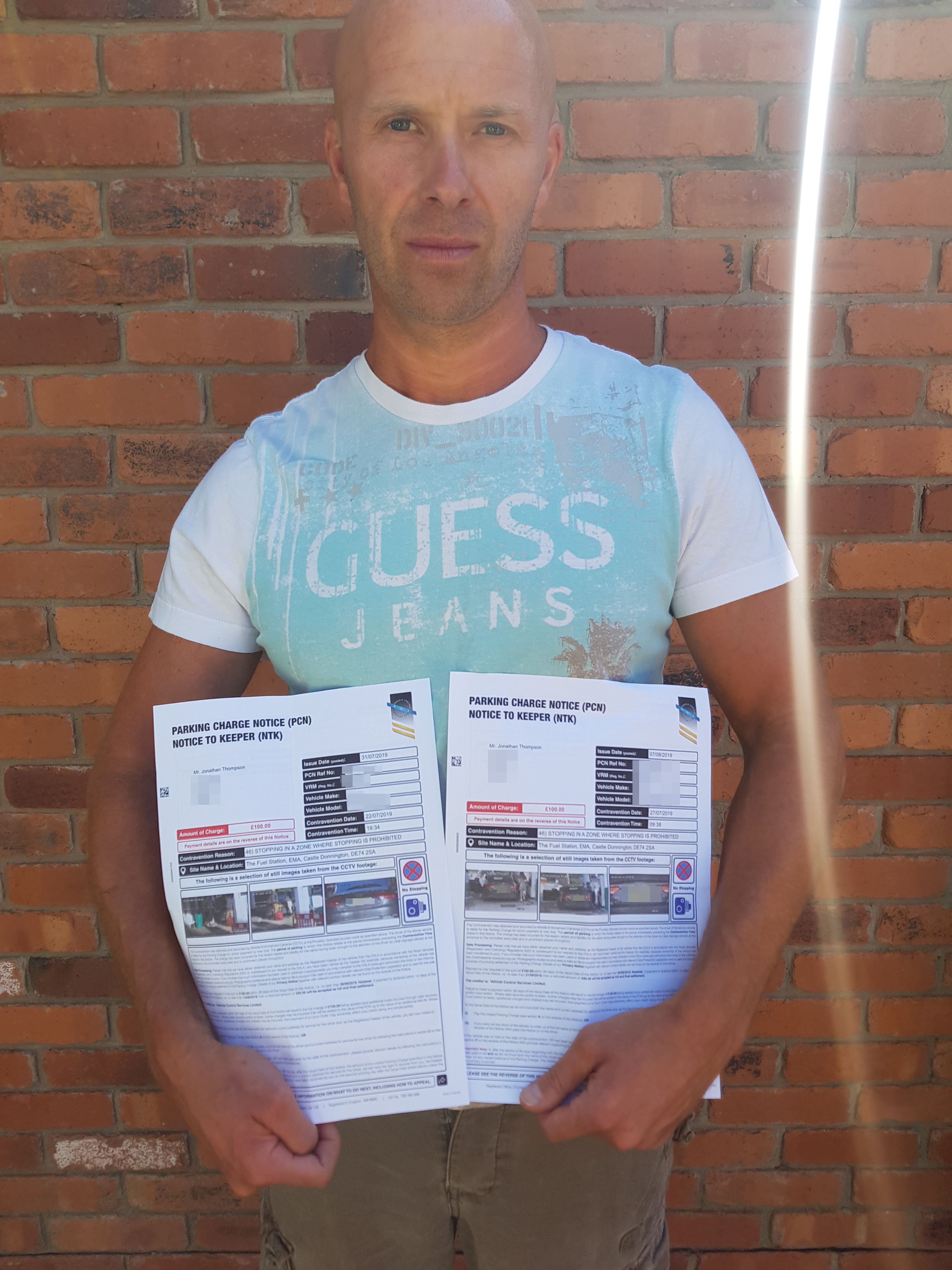 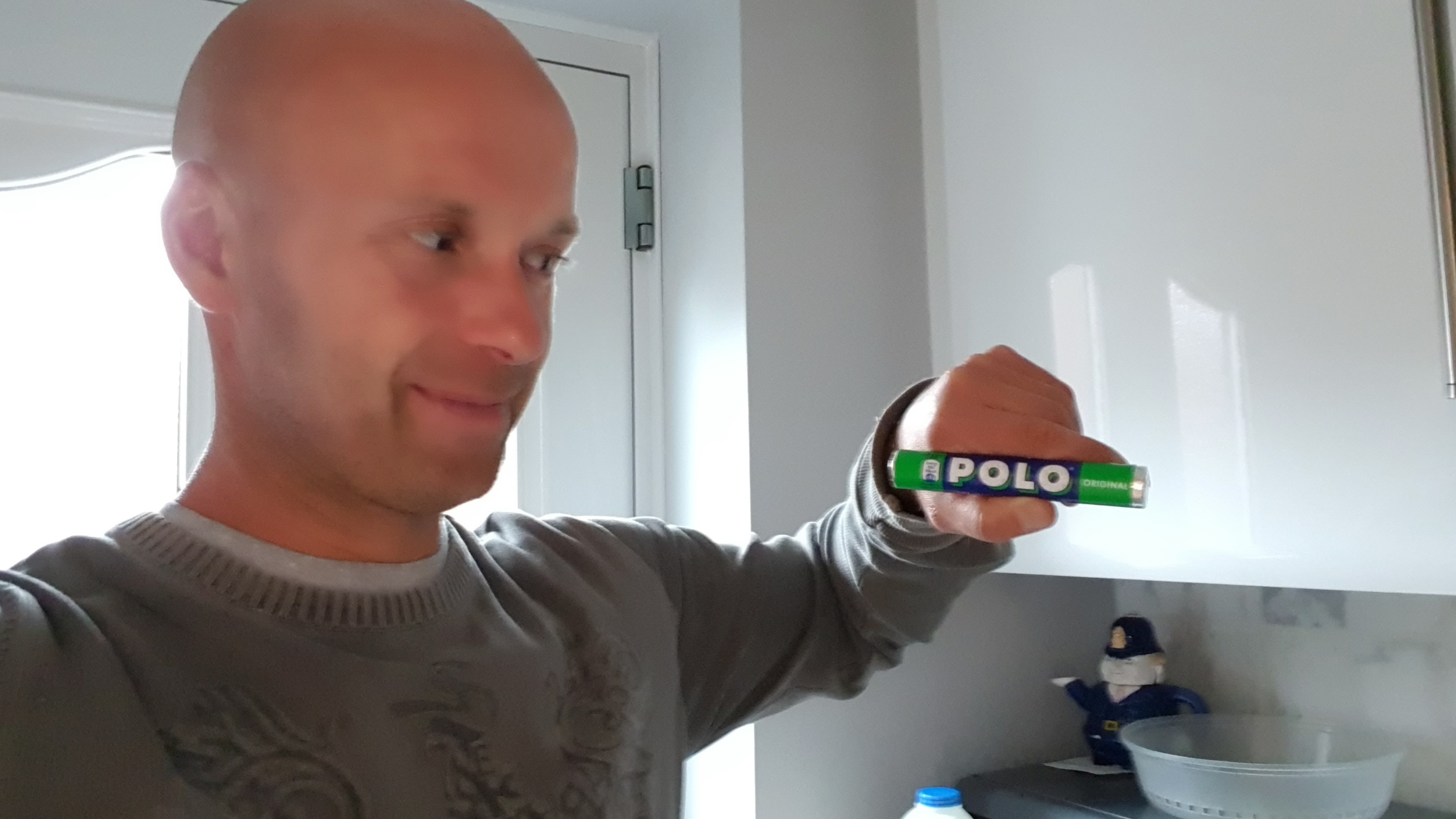 The first fine on July 22 came after he says he nipped into the garage to get some sweets for his niece before dropping off her dad for a flight.

But the 44-year-old from Sheffield was stunned to get stung over an accusation he was using the petrol station to drop off a traveller, instead of paying to park.

Jonathan thinks there was a misunderstanding when his brother-in-law hopped out at the same time, when he suggested he walk from there as the kids were restless in the car.

Days later, on July 27, not knowing he had got the first fine, Jonathan went back to the airport to pick up his sister-in-law.

He pulled into the petrol station to get some coffees and was startled to see her turn up, saying: "Evidently she couldn't wait to see her daughter she had missed for a week.

"Again I was photographed, but it was hilarious as we are there on the photo holding our Costa coffees.

"It's an absolute joke as I feel sick I've been given £200 fines which are unlawful.

"I've appealed the first one and they seem to think it's black and white that if you stop and people get out of your car it means nothing.

"It just seems quite rubbish. I feel more sorry for the people who are filling up and get stung."

"But it feels that they are cover blanketing people hundreds of times every day, knowing that if they are young or old they will pay."

"I don't believe there are signs highlighting you can't pick up or drop off if you are using the shop.

"The prosecutors are basically cover blanketing 100's of people everyday knowing full well that even the people that are not guilty will pay.

"There will be always on the balance of probabilities a percentage of people (usually the vulnerable) that will panic and just pay regardless the fact they have probably been a law abiding citizen. Something needs to happen."

The Sun Online has gone to petrol station bosses for a comment, but a spokesman previously said: "East Midlands Airport management has introduced red routes and recently increased the price to park in the Rapid Drop-Off point to £3 for 10 minutes, in order to improve the flow of traffic around the airport estate.

"In order to avoid paying to park, some passengers and taxi companies are using the airport filling station, located approximately 100 yards from the terminal, as a pick up and drop off point.

"Increasingly, this is having a negative impact on the business, which can no longer be ignored.

"Additionally, there is a serious health and safety concern, as the backlog of traffic onto the main road could potentially hinder the emergency services."

They added CCTV is used to monitor the station forecourt and pumps, where there are signs warning drivers of the fine they could face.

Last week we told how Saj Sayani. 47, says he agreed to meet his wife at the airport's BP petrol station rather than the car park – but was horrified when he received a letter demanding £100 for breaking parking rules.

And last month, Ryan Smith, 33, became the ninth person to claim to be ripped-off at East Midlands Airport.

He was slapped with two £100 fines in just two hours after asking for directions and filling up petrol, it has been claimed.

And just two days before Ryan's fine, 69-year-old Paul Hayes was slammed with a £100  fine after filling up his car at a notorious East Midlands Airport petrol station.

Paul was on his way back from a family meal when he was slapped with the controversial fine that has been dished out to a multitude of unlucky drivers.

Earlier on in August, a mum who picked up her daughter at the petrol station hit out at the "disgusting" fine after being charged £60 when her daughter was caught on CCTV loading her suitcase into the boot. 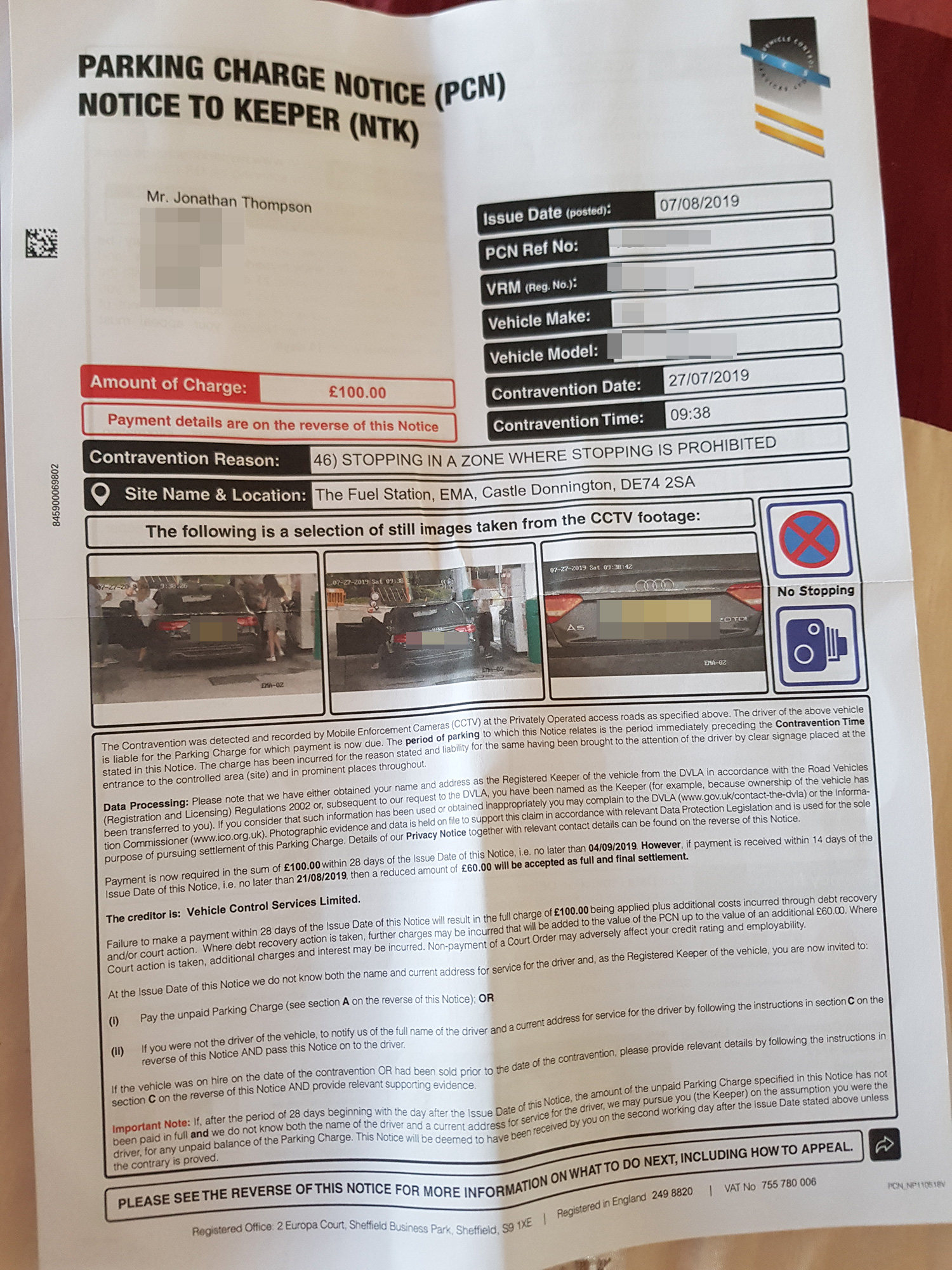 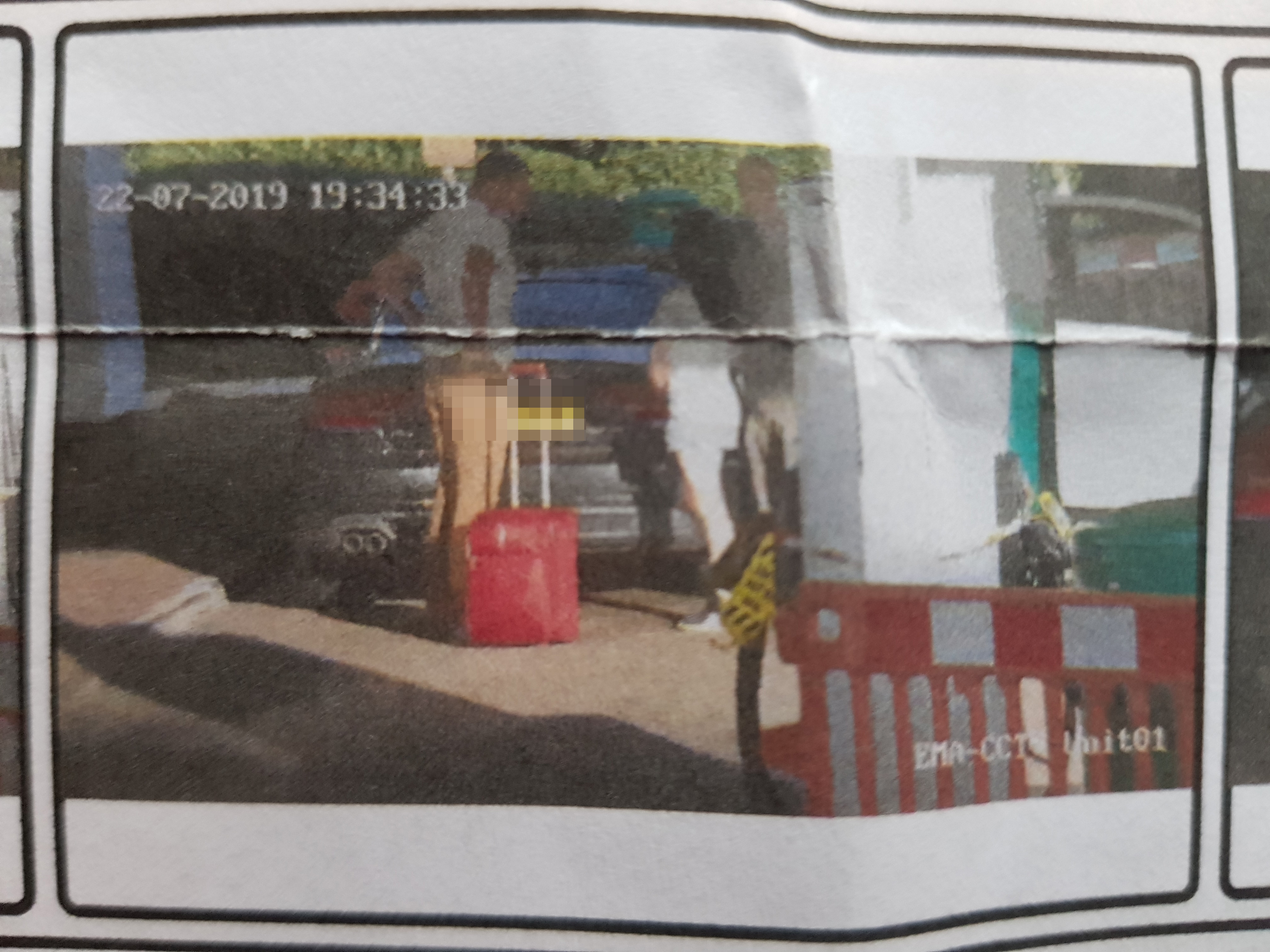 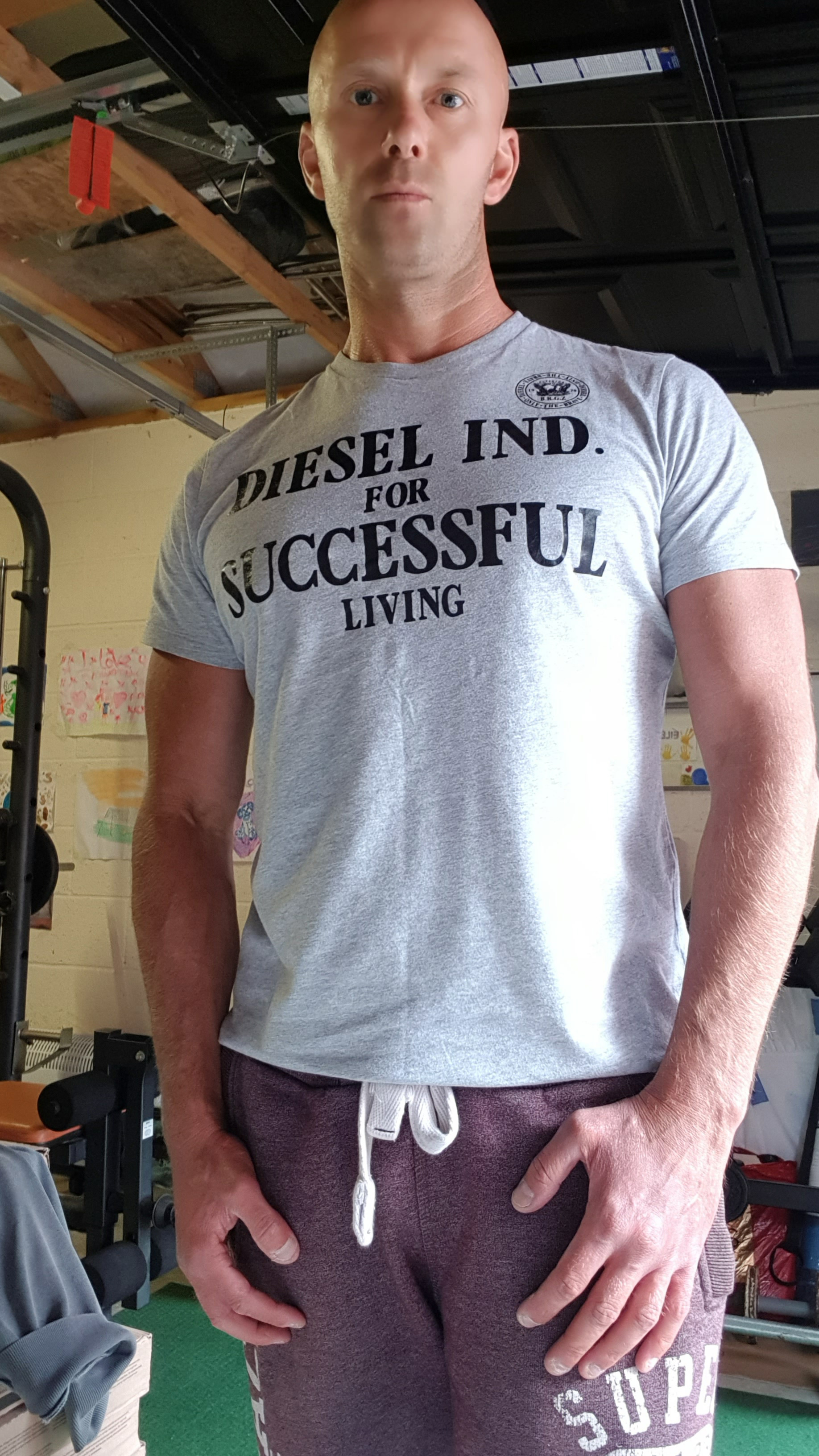 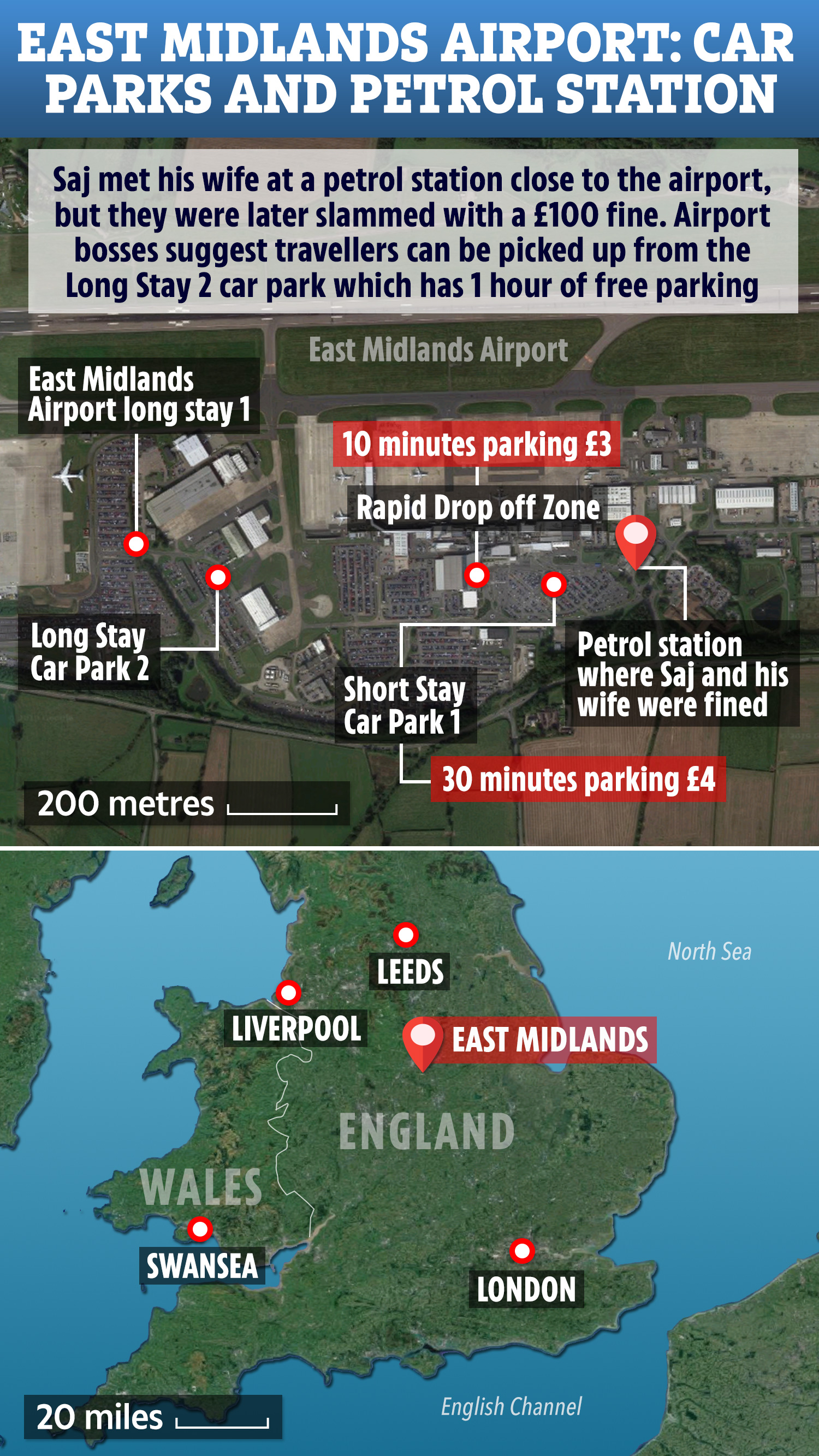 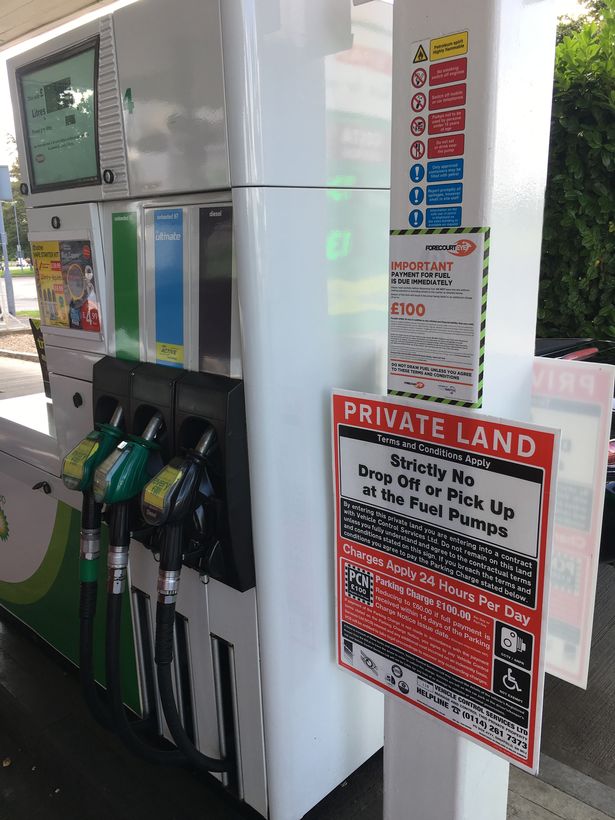 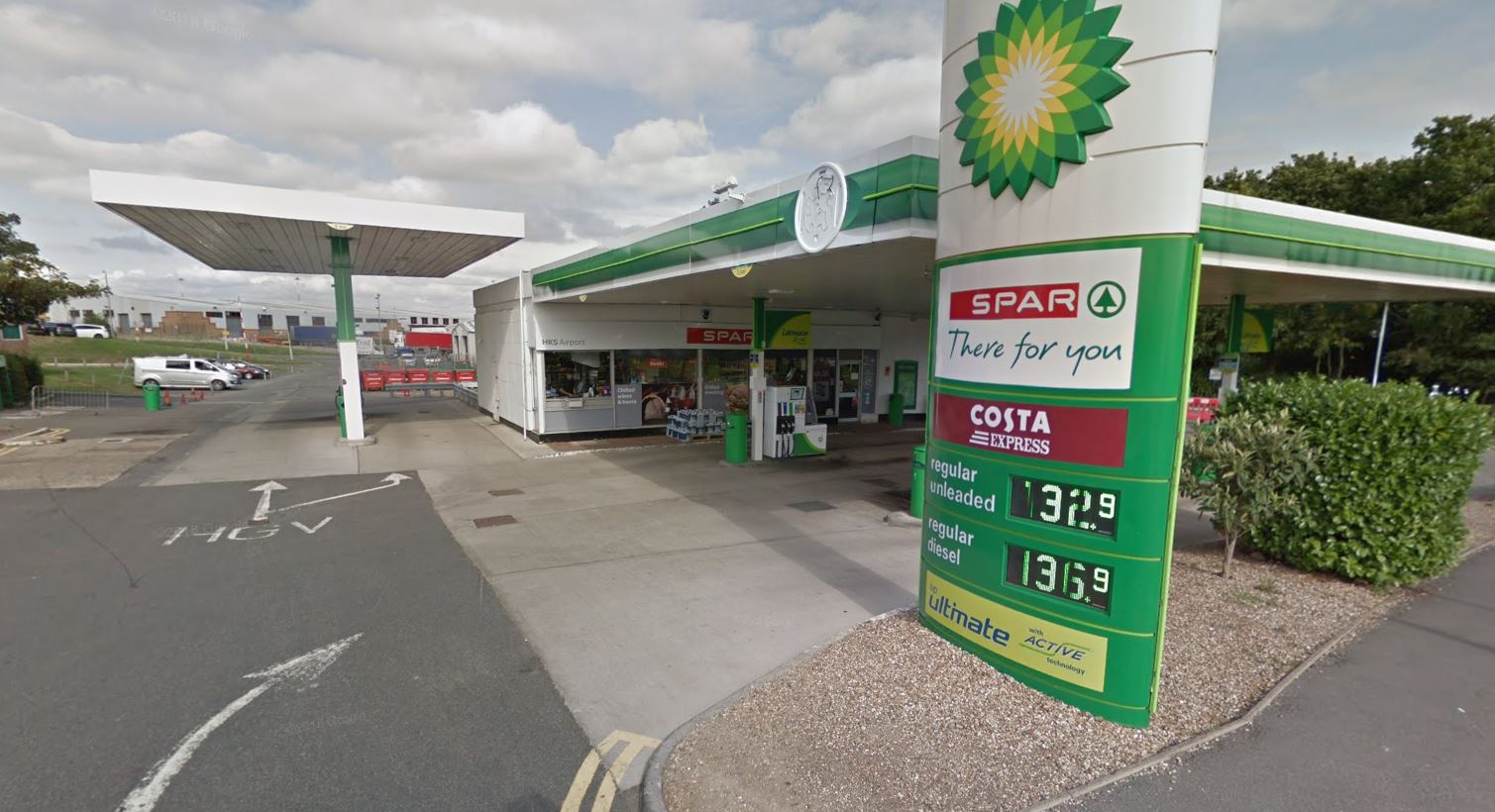