But Dr Pimple Popper has compared her latest procedure to something out of a maternity ward. 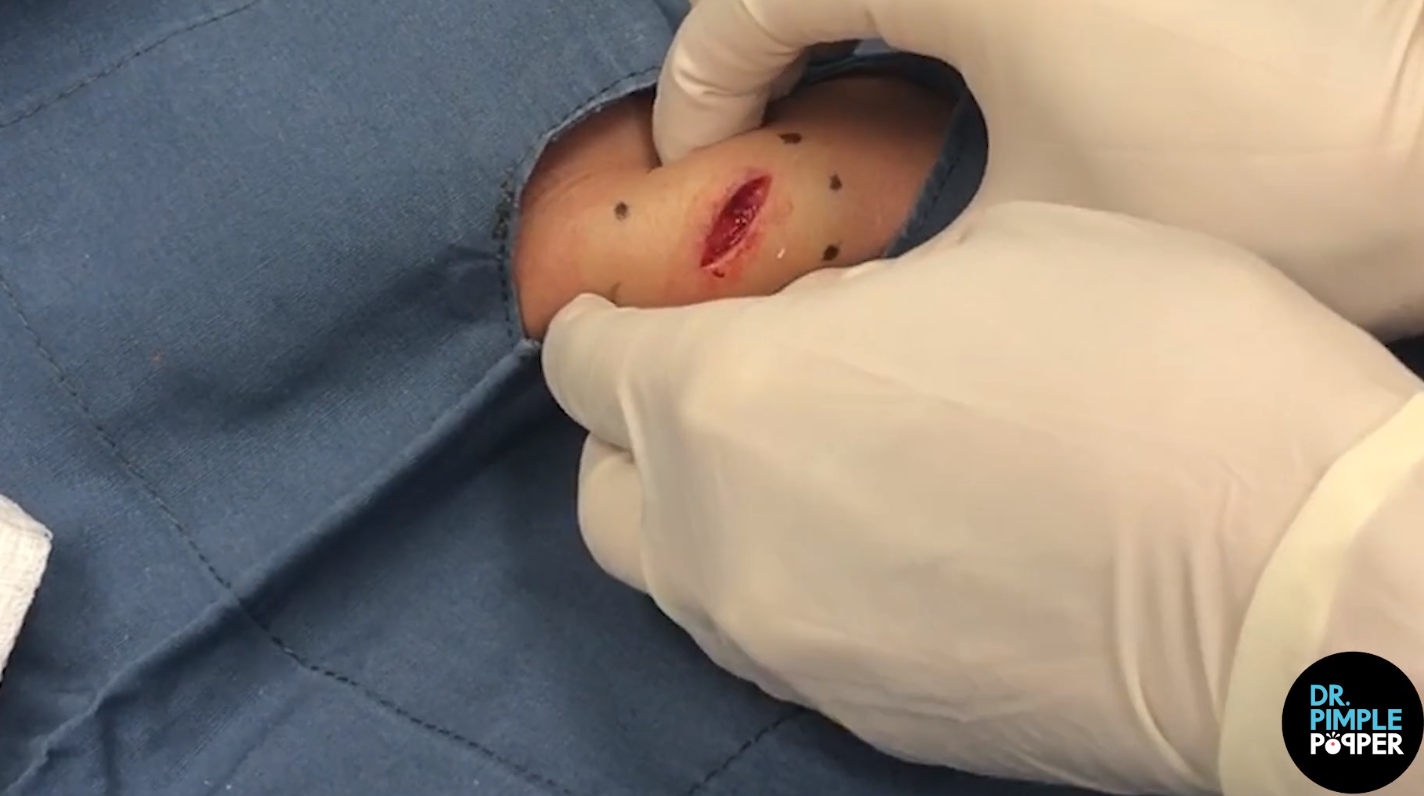 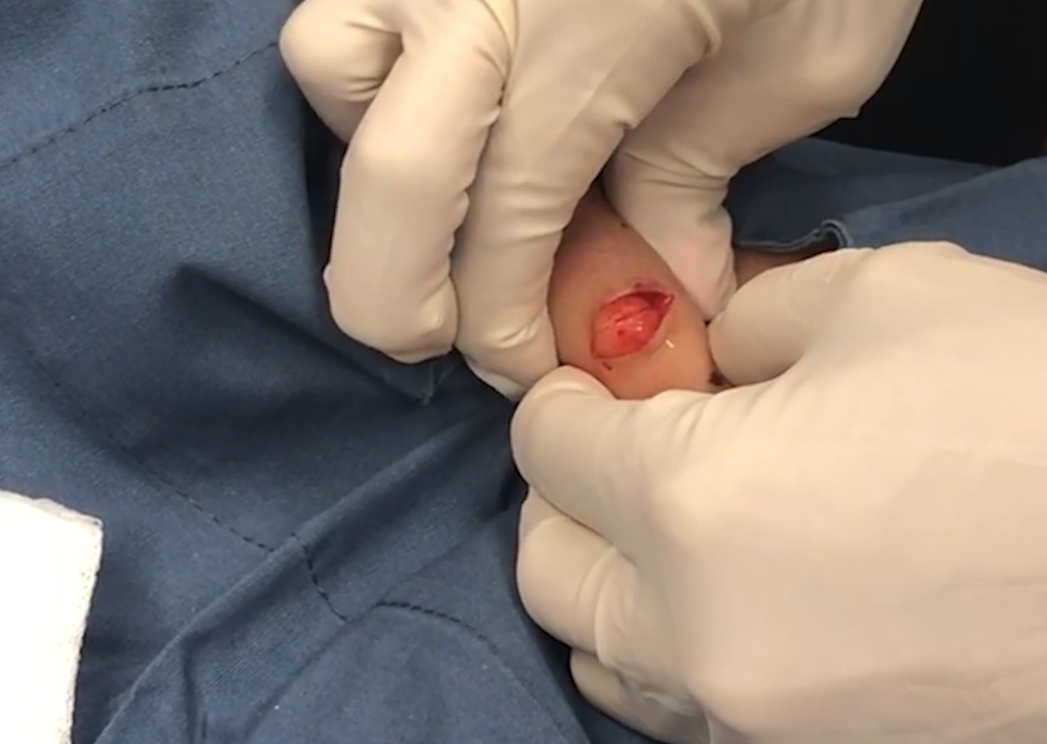 The skin expert, whose real name is Dr Sandra Lee, posted a clip of her removing a bizarre lump from the inside of a woman's arm.

She called it "The Hula Lipoma" – but the title gave away little about what would happen next.

It starts with her usual routine of cutting open the lump first with a scalpel.

Dr Lee then opens up before getting in there with a pair of tweezers to get a grip on the lipoma – a lump of fatty tissue.

She then puts her tools down and goes in with her fingers, squeezing the lump with her thumbs and forefingers. 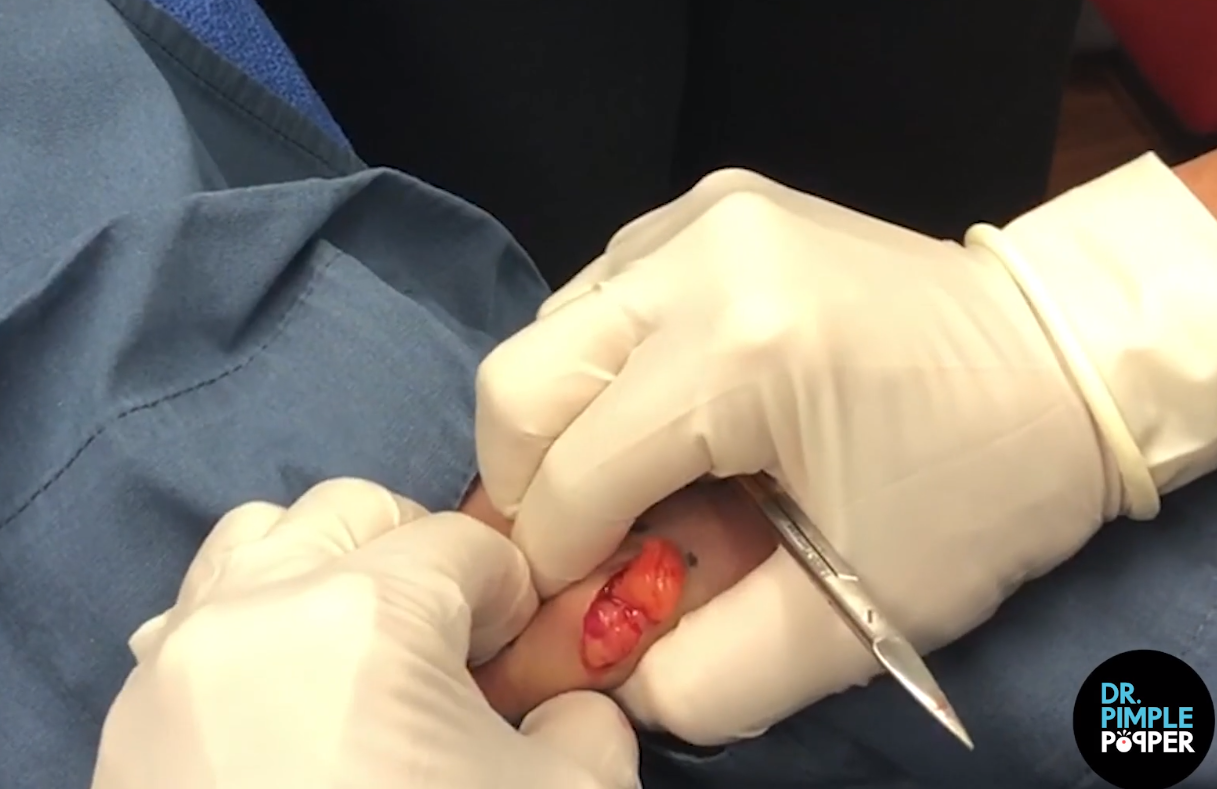 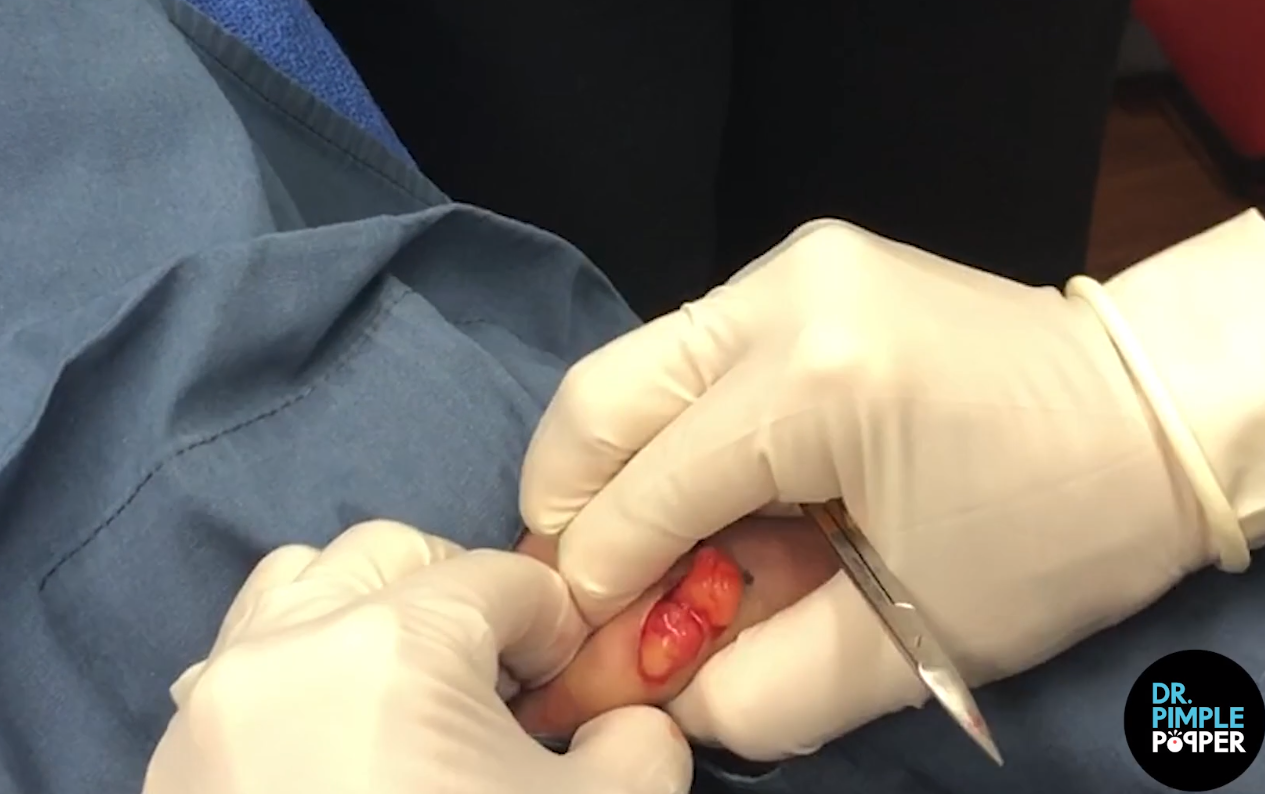 The woman can be heard asking: "Like a baby?" to which Dr Lee agrees.

At the same time, a fleshy round piece of tissue can be seen emerging through the gap.

With a few more squeezes, she finally gets the lipoma out. 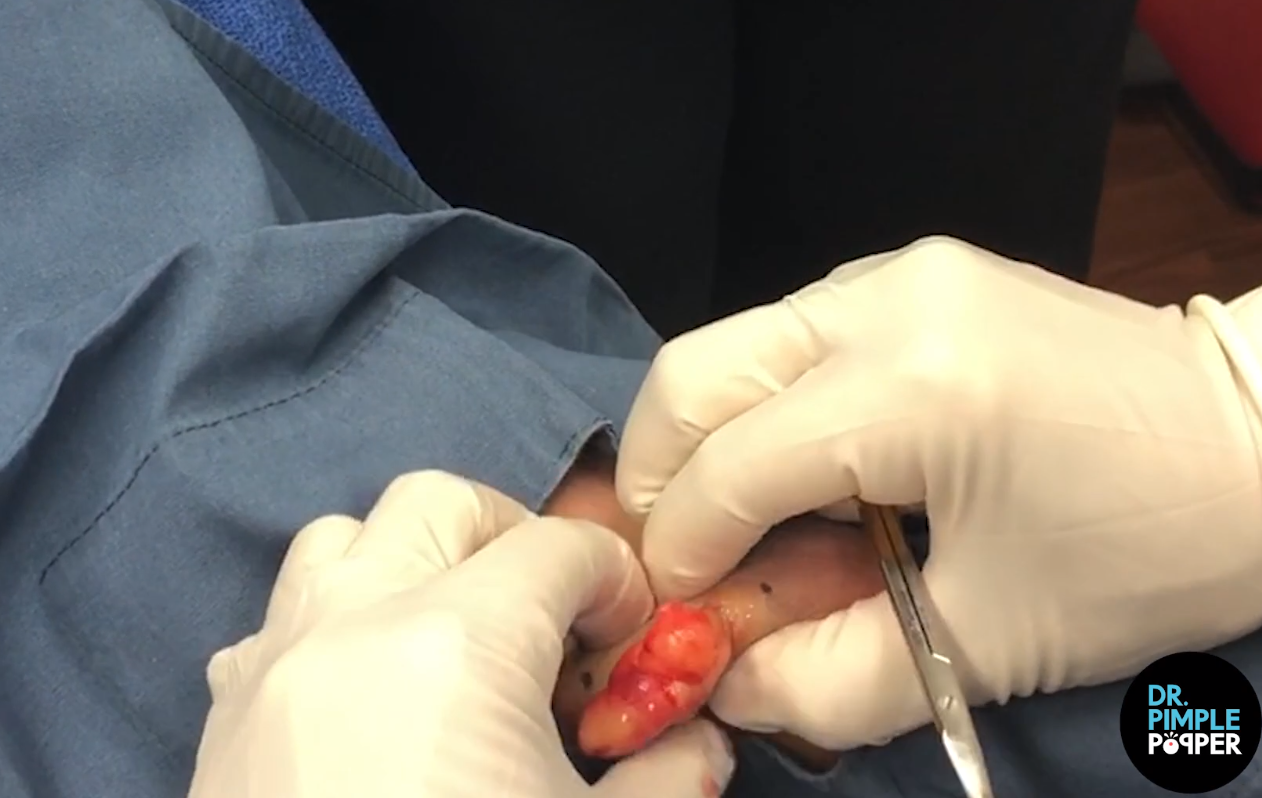 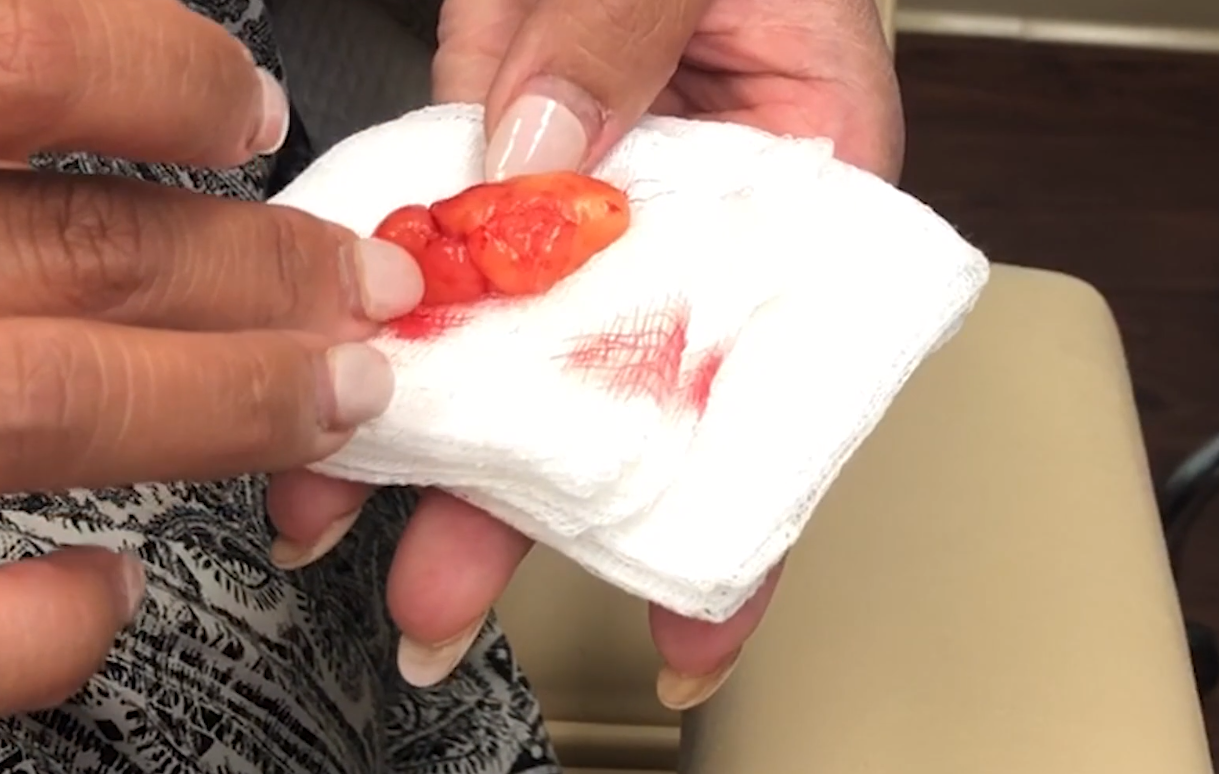 Her patient, who isn't named, responds: "It looks like a caterpillar."

As Dr Lee stitches up her arm, the woman asks how long it will take to heal.

The medic replies: "It can feel firm and different for like three months, but it'll be flatter.

"It takes a full three months for it to heal.

"I would keep it wrapped so that if you're banging on things you won't disrupt the stitches."

What is a lipoma?

A lipoma is a benign, fatty lump that grows under the skin.

They're harmless and can usually be left alone if they're small and painless.

They are non-cancerous and are caused by an overgrowth of fat cells.

Lipomas can grow anywhere on the body, but are most common on the shoulders, neck, chest, arms, back, bum and thighs.

They grow very slowly and don't usually cause any problems.

Lipomas don't usually need to be removed unless they're causing problems, such as pain, or if there's uncertainty about whether it's a lipoma.

However it can be removed if it is large or is in an obvious place and is affecting your self-esteem.

You should always see your GP if you develop a growth or swelling on your body.

After she's all done stitching her up, she lets the patient hold the lipoma and even asks if she wants a picture with it.

Earlier this month, we revealed a bumper compilation of some of the best clips from Dr Pimple Popper.

And by best, we mean the most disgusting – so, if the sight of a zit is enough to turn your stomach, then you may want to look away.

The pops that feature range from huge lipomas to pus explosions – and even a horn that looks like a pork scratching.

Dr Pimple Popper, aka Dr Sandra Lee, has almost six million subscribers on YouTube, so if you are in the 'I love pimple popping' camp, then you're definitely not alone.

The California-based dermatologist has previously spoken about why she thinks people are so fascinated by what sh does.

She told Refinery29: “I think watching popping is similar to seeing a scary movie or riding a roller coaster for some.

"You get a rush of euphoria and excitement.” 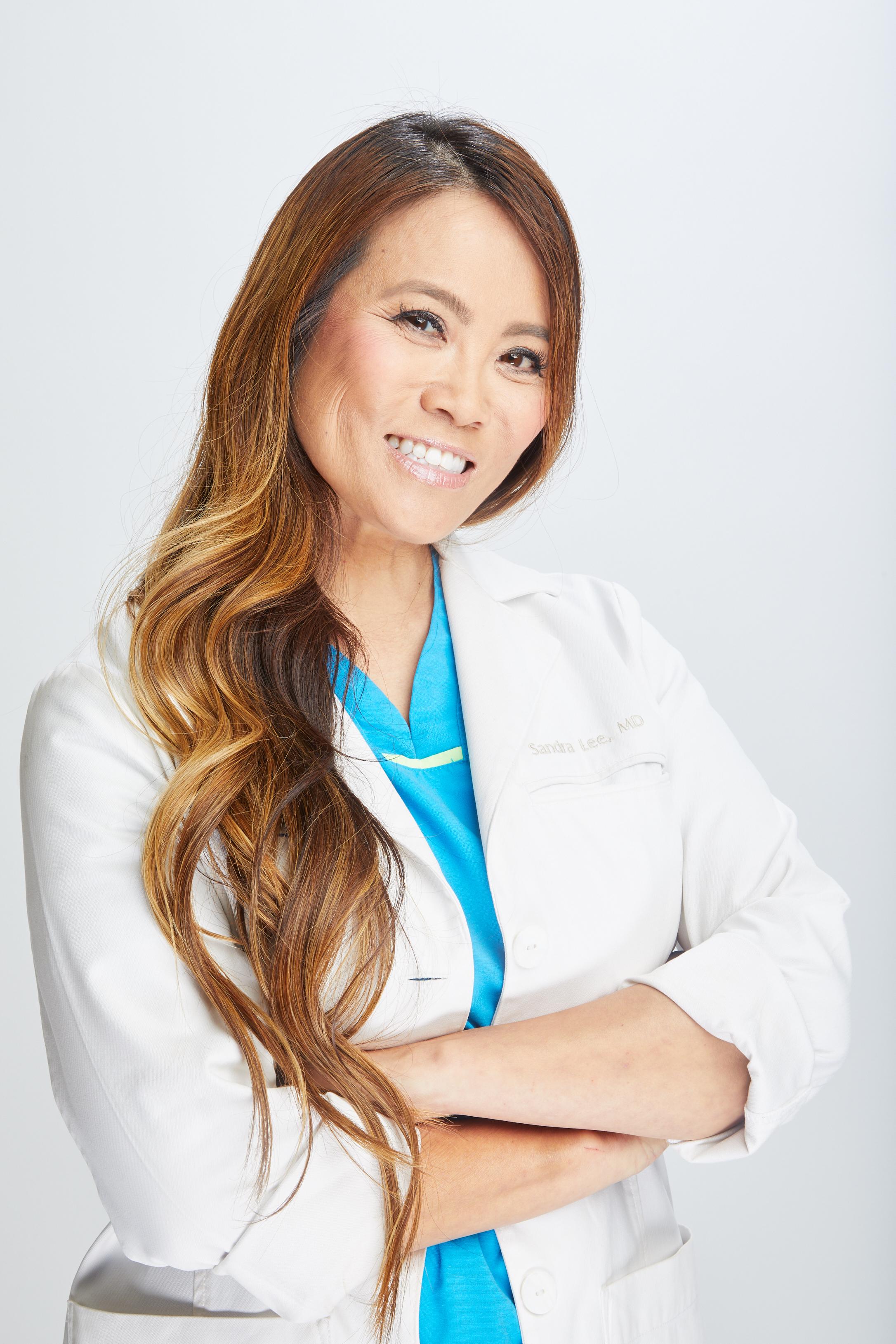 She explained that when you pop your own pimples, your brain releases dopamine – the happy-feel-good neurotransmitter.

Dr Berlin said: "There’s a cycle of anxiety or arousal before the act and a sense of relief after.”

So, essentially there's a combination of physical and mental relief after you squeeze a zit – even though we know we shouldn't.

Dr Pimple Popper is on our screens every Thursday at 10pm exclusively on TLC.