SECURITY camera footage has been released showing the moment four armed robbers were met with a barrage of gunfire from a homeowner.

The incident happened shortly after 4am on August 12 at a home in Phoenix Arizona. 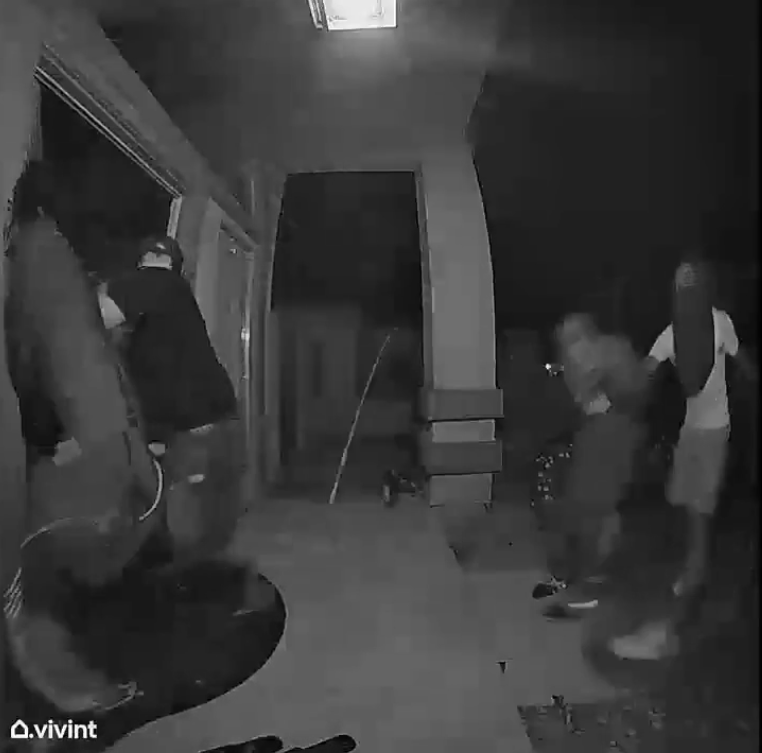 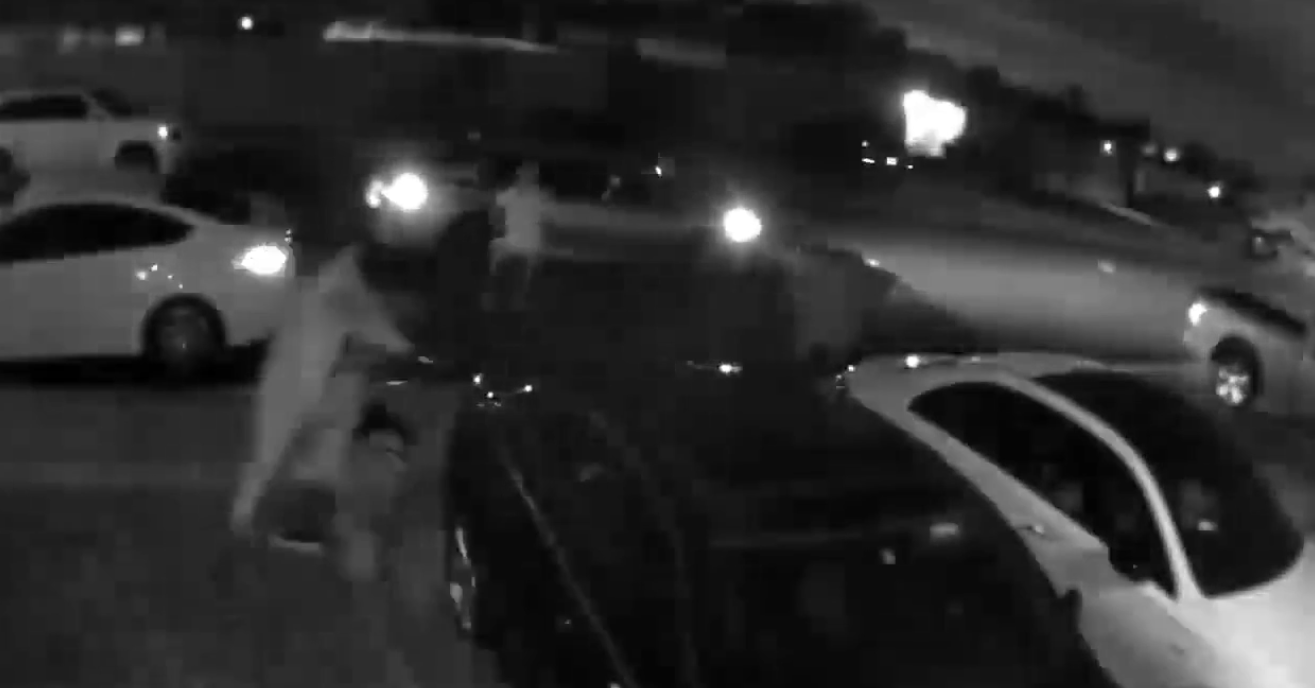 The video was released by Phoenix Police who are appealing for anyone with information about the armed robbers.

The footage begins with four men hopping out of a gray sedan before approaching the victim's home.

Two of the robbers, who have their faces covered, can be seen on the doorbell camera at the front doorstep.

One of the robbers notices the camera and then blocks it with his hand.

However, he quickly unblocks it as the three other men get into position to kick the door down.

As soon as two of the men kick down the door, a hail of bullets comes from inside the home forcing them to flee.

A different camera angle catches the men running for their lives back to their getaway car.

Two of the men manage to drive away while the other two flee on foot.

Police said that the homeowner was alerted by his security cameras to a motion outside the front of his home.

A spokesperson from Phoenix Police Department said that no arrests have yet been made but they are looking for the four men on the video.

Phoenix Police have asked anyone that recognizes any of these men to contact @SilentwitnessAZ at 480-WITNESS. 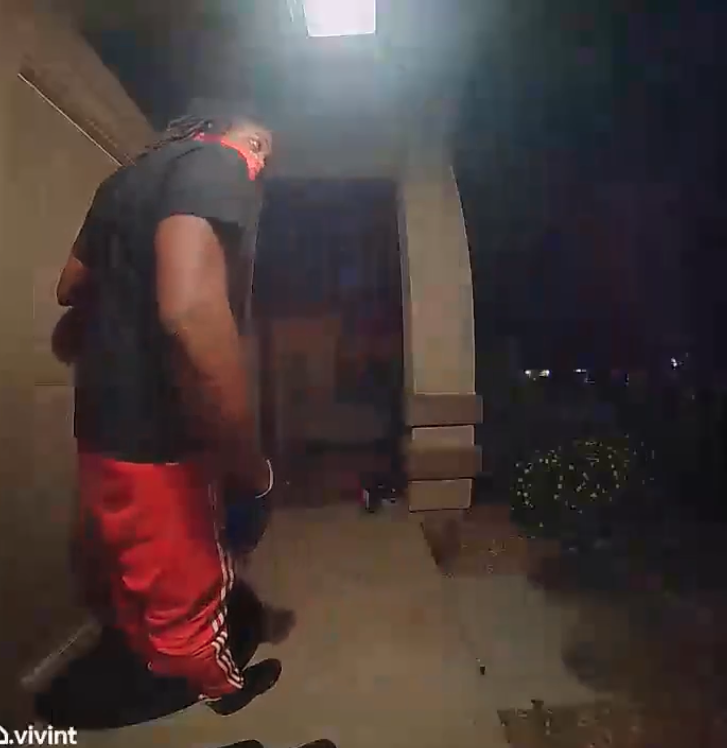