MYSTERIOUS remains washed up on a beach are being likened to those of a mermaid.

A dog-walker found the brittle skeleton at low tide. 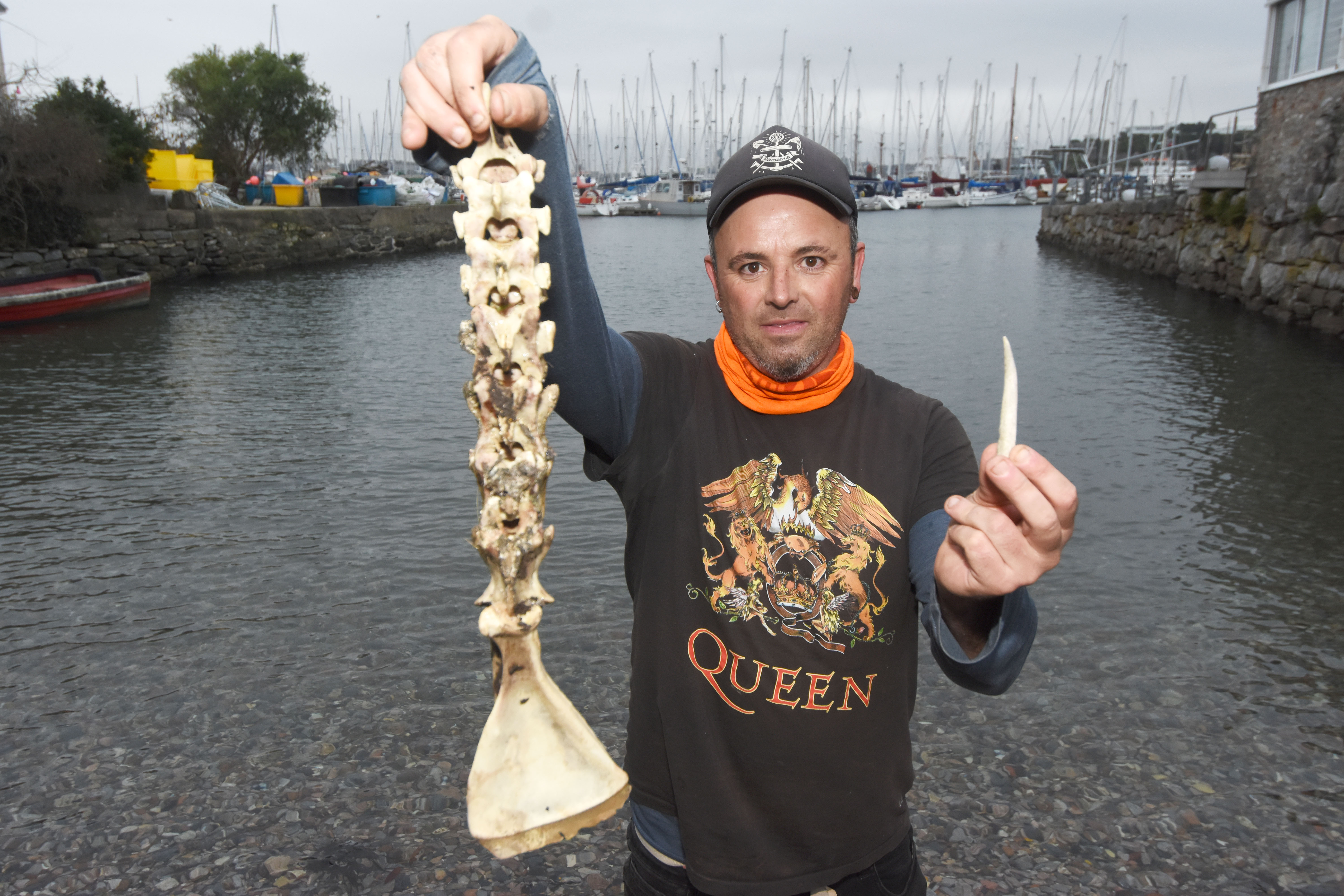 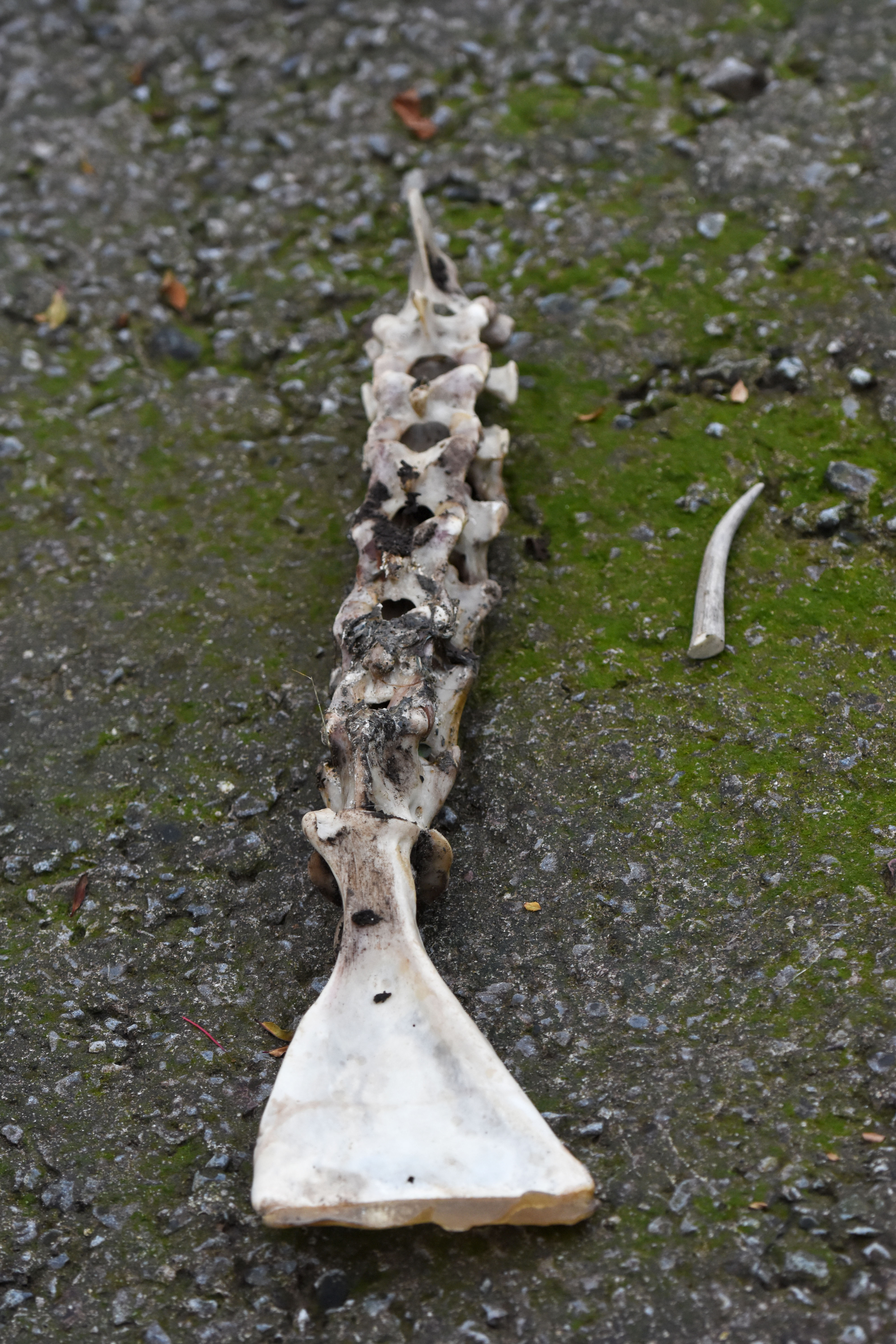 Ben Landricombe, 38, said: “It’s like a human backbone with a fin.

MoD maintenance worker Ben made the find on Friday in a cove at Jennycliff Beach, Ply­mouth, Devon.

He then showed the skeleton to his neighbours and pals in nearby Turnchapel.

Ben added: “The whole fishing village has no idea what it was supposed to be.”

Many shared the theory that it could have been a mermaid. 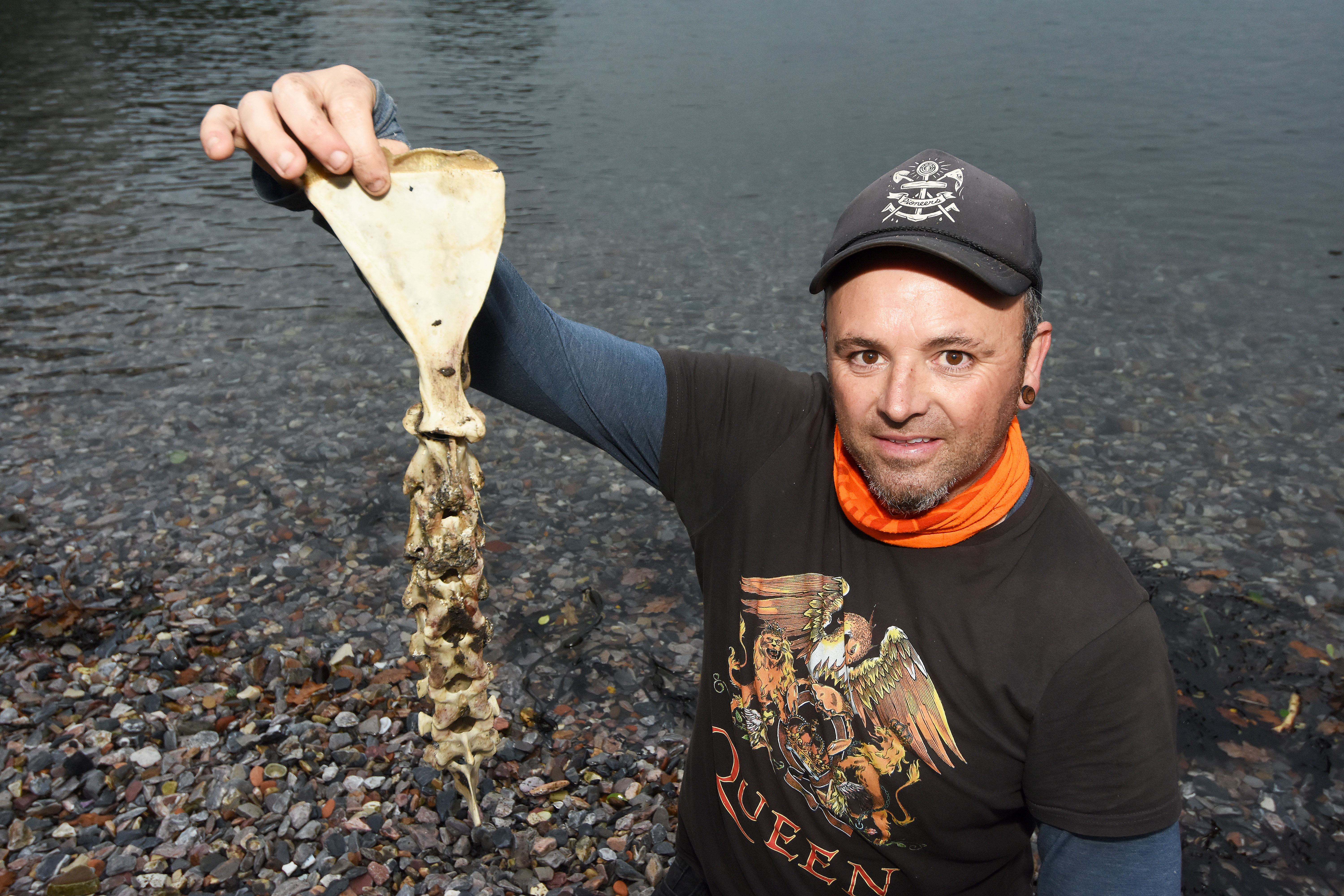 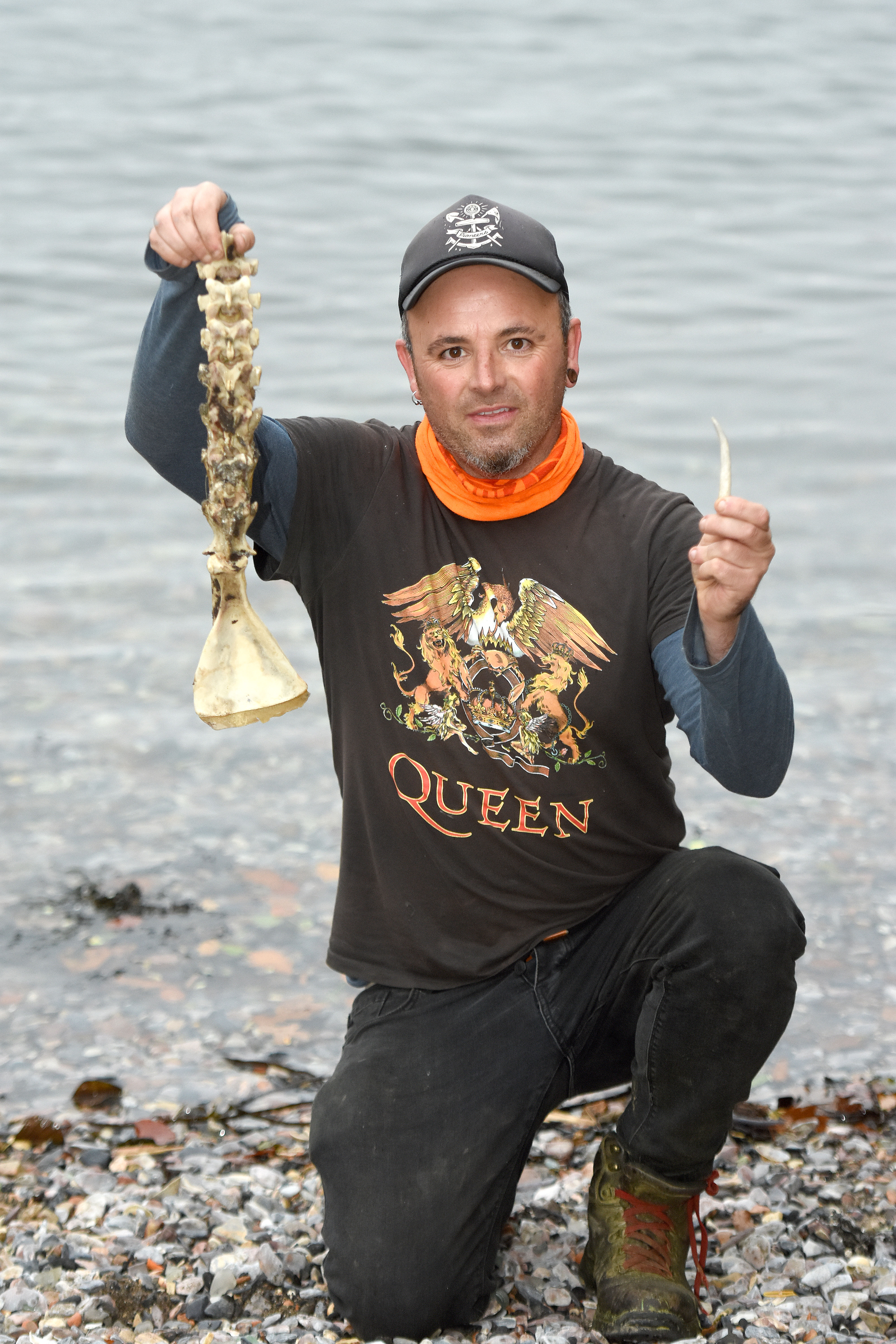 But an archaeology expert dampened excitement after studying photos of the bones.

Dr James Morris, senior lecturer in archaeology at the University of Central Lancashire, said: “I’d say they are either sheep, goat or roe deer.”