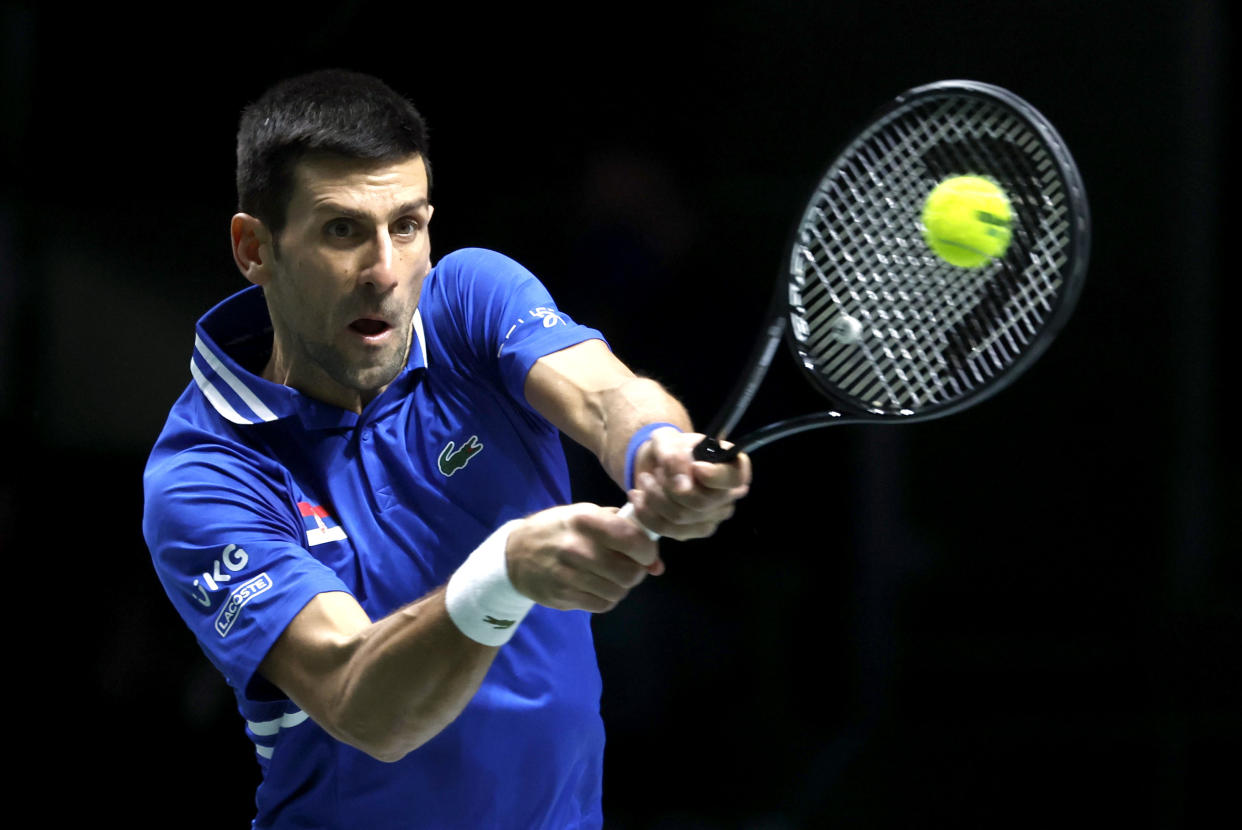 SYDNEY (Reuters) – Novak Djokovic needs to prove that he has a genuine medical exemption from COVID-19 vaccination when he lands in Australia or he will be "on the next plane home", Australian Prime Minister Scott Morrison said on Wednesday.

The world No. 1 announced on Tuesday he received an exemption to play in the Grand Slam tournament in Melbourne and said he was heading to Australia.

Tennis Australia and the Victorian state government said Djokovic was one of a "handful" of successful applicants among 26 people who sought exemptions from being vaccinated, but had not received any special treatment in the anonymous application process.

"We await his presentation and what evidence he provides us to support that," Morrison told a media conference after chairing a meeting of state leaders about dealing with record levels of COVID infections in the country.

"If that evidence is insufficient, then he won't be treated any different to anyone else and he'll be on the next plane home. There should be no special rules for Novak Djokovic at all. None whatsoever."

The federal government, which has responsibility for international borders and visas, was not part of the exemption process. Morrison said there had been numerous exemptions granted to people who had been able to support their application.

"So the circumstances are not unique, the issue is whether he has sufficient evidence to support that he would qualify for that exception," he said.

The decision to grant Djokovic an exemption to the tournament sparked sharp criticism in Australia, where more than 90% of people over 16 have had two vaccine doses against COVID-19..

Melbourne had the world's longest cumulative lockdown to contain COVID, and an outbreak of the Omicron variant has sent case numbers to record levels.

'Nobody has had special treatment'

"I think lots of people in the Victorian community will find this to be a disappointing outcome," acting Victorian Sports Minister Jaala Pulford told a media conference earlier on Wednesday after news of Djokovic's exemption.

Tennis Australia CEO Craig Tiley said the two-stage application process was confidential and run by independent experts. All applications were assessed to ensure any exemptions met conditions set out by the Australian Technical Advisory Group on Immunisation (ATAGI).

The Serbian, who had declined to reveal his vaccination status, said previously that he was unsure whether he would compete at the Jan. 17-30 tournament in Melbourne due to concerns over Australia's quarantine rules."

"We completely understand and empathise with … people being upset about the fact that Novak has come in because of his statements over the past couple of years around vaccination," Tiley told reporters.

"However it is ultimately up to him to discuss with the public his condition, if he chooses to do that, and the reasons why he received an exemption."