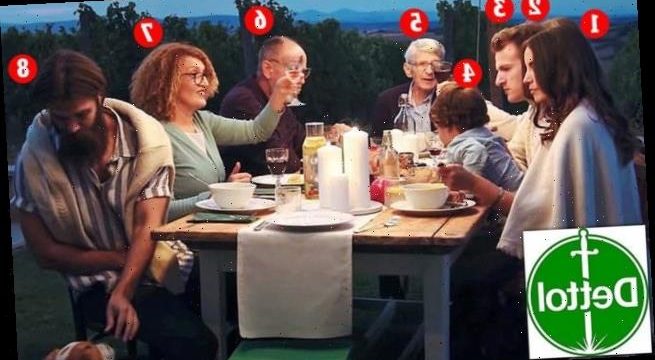 Dettol’s manufacturers have had to clean up an advertising blunder after it emerged their latest commercial breached social distancing rules.

The firm has hastily pulled the advert which featured seven adults and a child sitting down to enjoy a twilight meal – breaking the current Rule of Six.

The advertisement was made over the summer when people were eagerly meeting loved ones after months of lockdown. 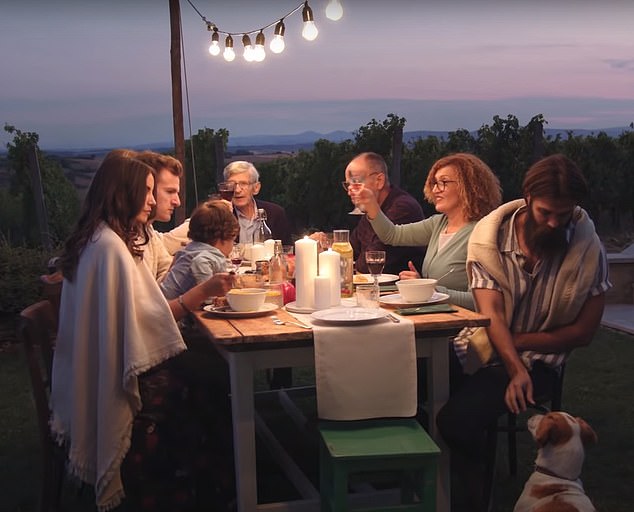 The rules changed in mid-September but the commercial remained on air until this weekend in a particularly embarrassing move because it promoted health-protecting products.

Viewers mocked the firm, with one writing: ‘When you have a group of seven who do you decide to exclude? Dettol didn’t know.’

The 20-second advert for household disinfectants featured an outdoor meal where a group of eight appeared to be reuniting.

But those merrily enjoying a glass of wine would face a £200 fine in real life after a limit on numbers was introduced on September 14 to combat rising Covid infection rates. 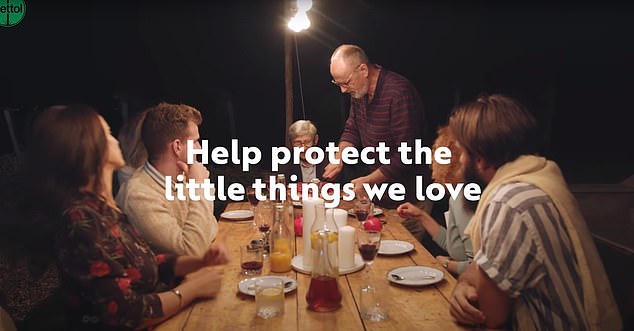 The rules on social gatherings differ in England, Scotland, Wales and Northern Ireland but Dettol’s advert was in breach of them across the UK.

In England, the Rule of Six limit applies to virtually all indoor and outdoor social gatherings and is irrespective of age.

The only exception is if all the people are from the same household.

In Wales and Scotland, children under the ages of 11 and 12 respectively are not included in the total of six.

In Northern Ireland, no more than six people from two households are allowed to gather in a private garden but children under 12 are exempt.

When the new rules were introduced, Crime and Policing Minister Kit Malthouse said the public should not be afraid to report breaches to the police.

The blunder by Dettol, which is manufactured by the Anglo-Dutch firm Reckitt Benckiser, raised eyebrows across social media. 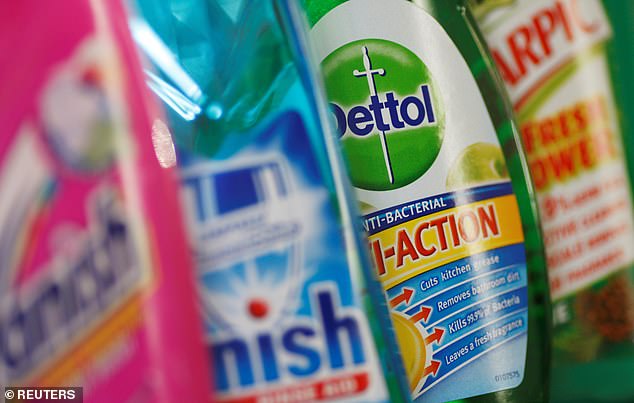 After apparently failing to see the small child, one quipped: ‘Think Dettol need to change their advert as they are showing seven people eating dinner round a garden table.’

Another noted: ‘How many people will we get to proof-read our next ad, you ask? Rule of Six.’

Maybe the company thinks all publicity is good publicity, because this is not its first Covid campaign that has been ridiculed.

As the Government launched its drive to return to the office, Dettol ran a series of advertisements on the London Underground extolling the virtues of once again being with colleagues.

It was widely lampooned for listing things people had missed while working from home, including: ‘Hearing an alarm. Putting on a tie. Carrying a handbag.’

A spokesman for Dettol said last night that the outdoor-dining advertisement had been pulled in the light of shifting Government guidelines.