DESPERATE Afghan families have been forced to wade through sewage in a bid to escape the chaos of Kabul as children are killed in the carnage.

Stuart Ramsay, Sky's longest serving foreign correspondent, has described the horrific scenes outside Kabul airport as troops dash to save thousands of foreign nationals and Afghan allies before the August 31 deadline. 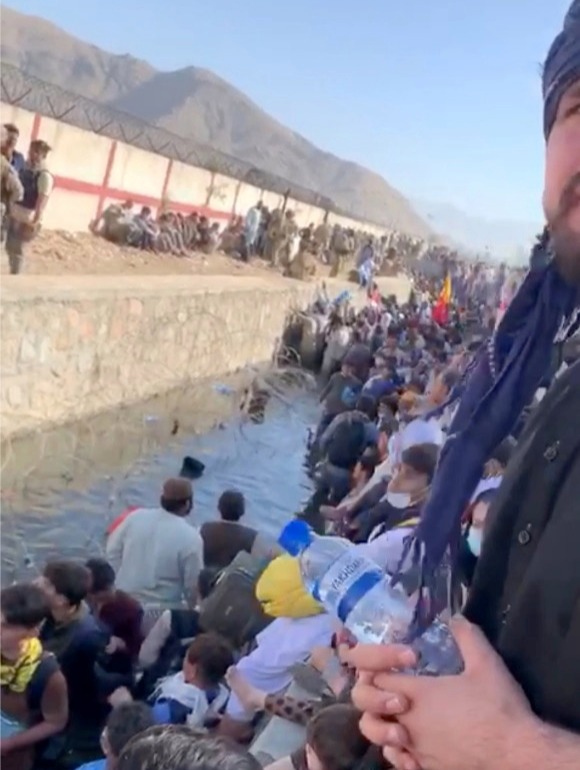 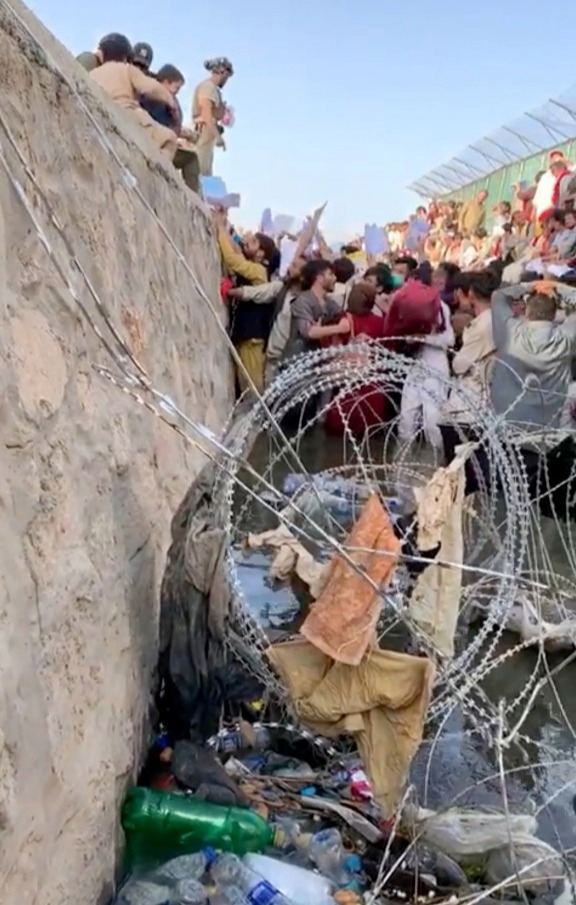 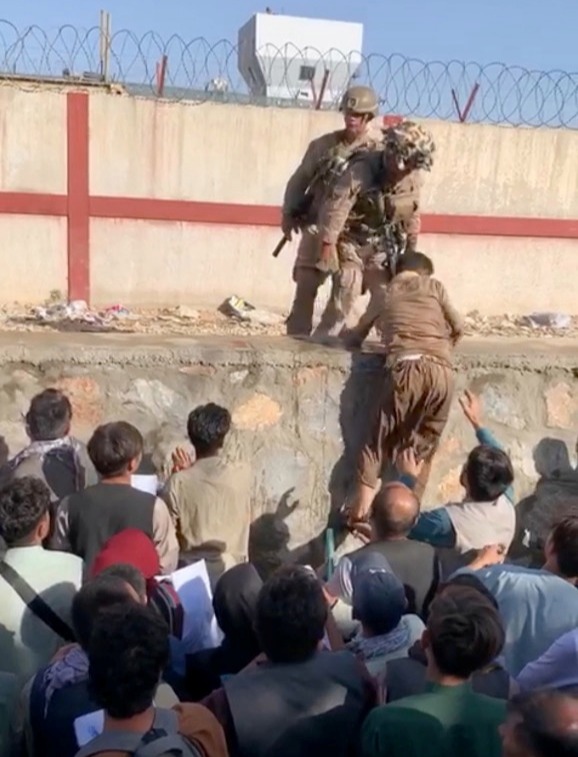 Writing for Mail Online, Sky's chief correspondent revealed the horror of the area he has dubbed the "hopeful zone" outside the airport – a holding pen for people who might have the right paperwork to escape Afghanistan.

"Here, they wait next to a sewage canal which acts as a moat between them and the soldiers who can be seen behind a wall on the other side," Ramsay said.

"The most desperate will step into the stream of putrid waste, waving their documents at the troops and pleading for attention.

"If the soldiers see someone with what appears to be the correct documentation, they will drag them out of the canal.

"But, often, their papers are deemed invalid, and they will have immersed themselves in the city’s effluent for nothing."

Shocking footage shows hundreds of Afghans standing knee-deep in the grim sewage canal as they wait to hear whether they will be rescued.

Ramsay described a "sense of panic" as thousands of people are still waiting to go through the system at the airport and flee the ruthless rule of the Taliban.

"In the past 24 hours, as the deadline for military withdrawal grows ever nearer, tension has grown," he said.

The journalist said the Taliban fighters are using "brutal crowd-control techniques" and carry out a "vicious beating of anyone who defies their orders".

And Ramsay also voiced the mounting fears of a suicide bomb attack on the waiting crowds.

"We understand that the Taliban command structure is holding, but we are talking about an extreme group with extreme members, and it only takes one fundamentalist with no compunction about blowing people up to disobey orders and turn this vision of misery into a scene of bloody carnage," he said.

"While that is a very real concern for us and those waiting here, they have little choice but to wait while soldiers slowly try to work through paperwork belonging to thousands of people."

In the past 24 hours, as the deadline for military withdrawal grows ever nearer, tension has grown.

Ramsay said he and his team have "witnessed bodies covered in white sheets being carried from the crowd" and have been left in tears by the scenes of chaos as people are "dying all around us".

He said he wakes every morning to "dozens of emails" begging for help.

Chaos punctuated by sporadic violence has gripped the airport following the Taliban's rapid takeover of the country.

At least 21 people have been killed in crushes, falls and shootings at the airport since August 14 as troops race to rescue foreign nationals and Afghan allies.

Seven people including a toddler were crushed to death in a stampede on Saturday in harrowing scenes described as some of the worst since the Taliban took over.

Men, women and children were crushed together in 31C heat – many without provisions – as there were reports of people collapsing from exhaustion and asphyxiation.

He posted shocking photos on Twitter of a baby and a small child who he alleged had been killed by the militants.

Yesterday, the Taliban insisted the thousands of Afghans crowded into the airport in the hope of boarding flights had nothing to fear and should return to their normal lives as there is "no danger" to them.

And the Taliban darkly warned they will bar Afghans from fleeing the country, saying: "The road to Kabul is closed."

Around 5,000 Brits and Afghans who have been promised refuge in the UK are believed to be still stuck in the country at the mercy of extremists.

British defence chiefs are believed to be planning to end civilian rescue flights tomorrow or Friday so there is enough time to get UK forces out before America cuts and runs.

The MoD have been airlifting around 2,000 people a day to safety – but hopes are fading fast that anyone who is not already at or near Kabul airport will be able to get out on military flights. 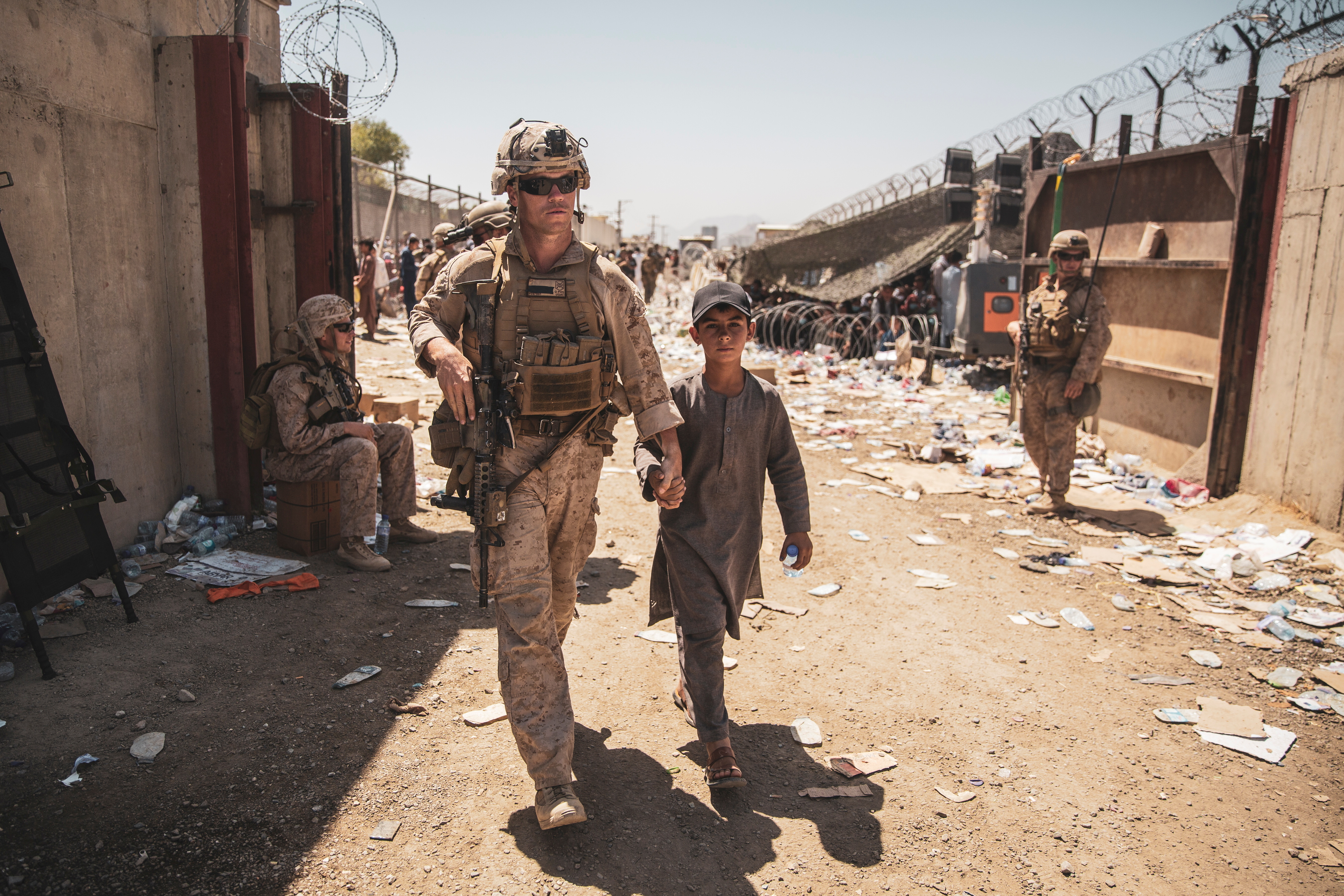 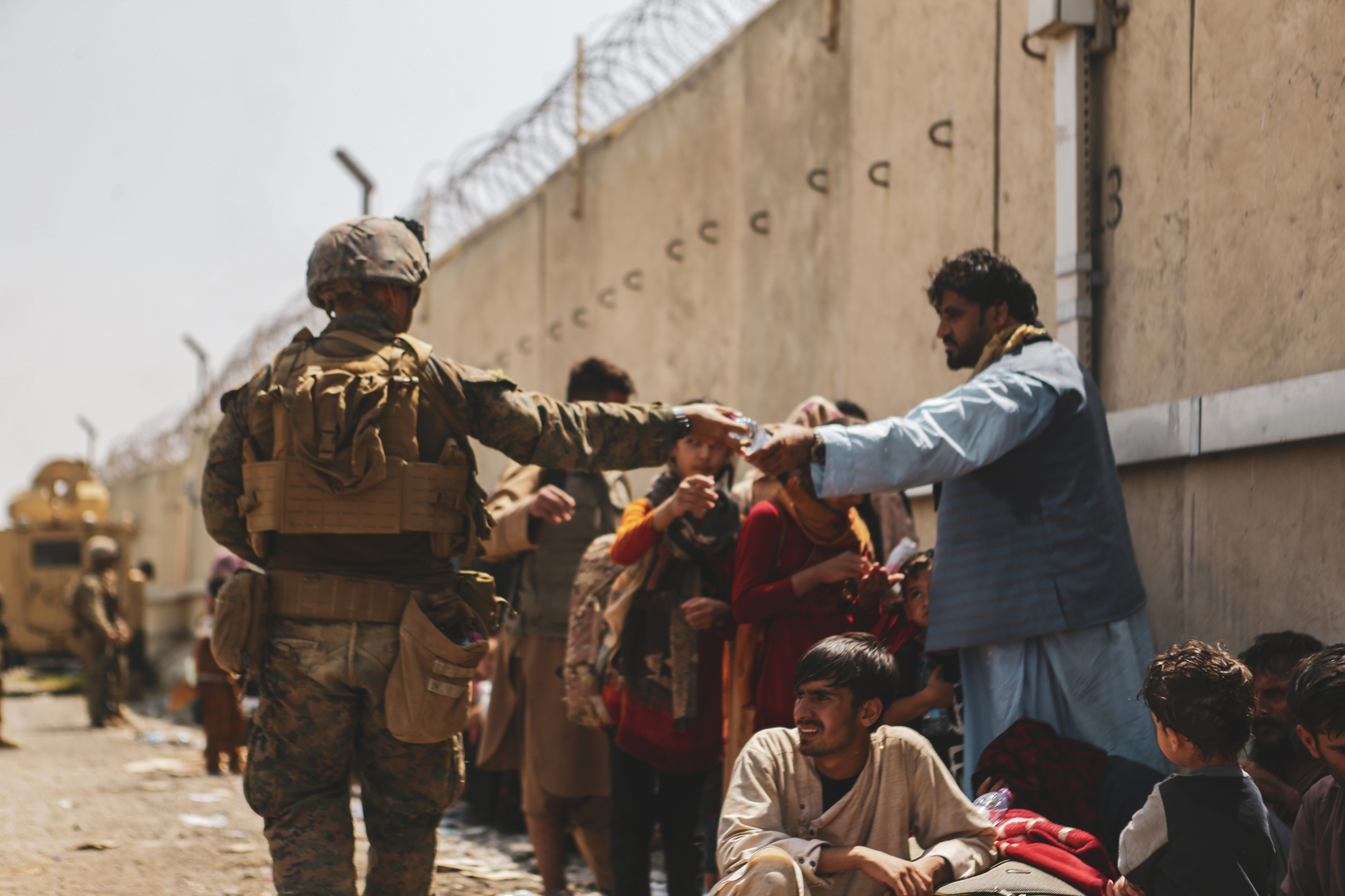 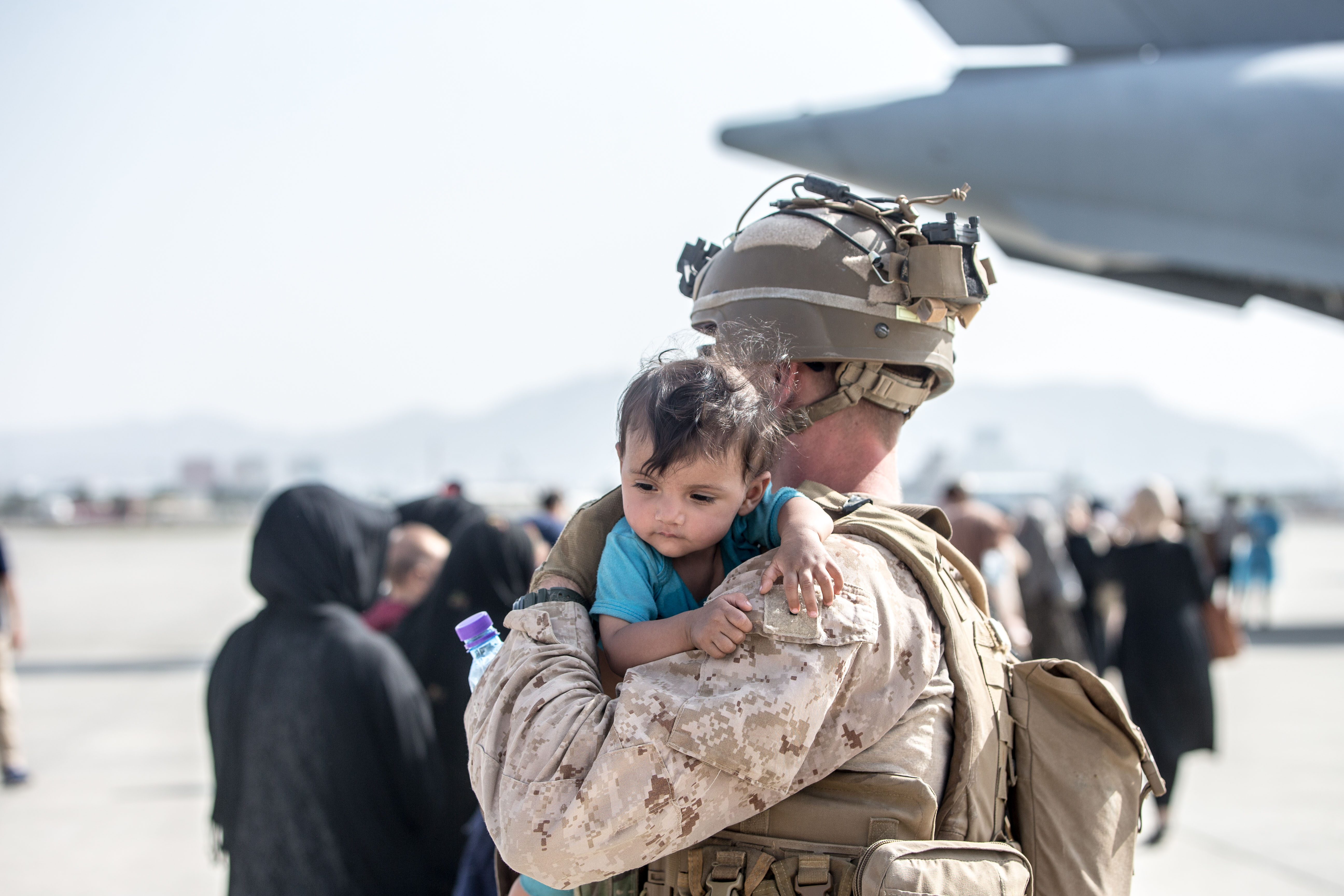