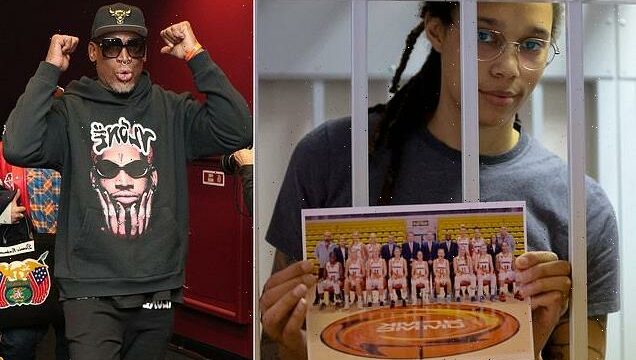 NBA legend Dennis Rodman plans to travel to Russia to seek the release of the WNBA star Brittney Griner, who was sentenced to nine years in prison for drug possession.

Rodman said he got permission to travel to the war-fueled country, and hopes to book his trip soon to see Russian President Vladimir Putin who he says he knows ‘too well.’

‘I got permission to go to Russia to help that girl,’ Rodman told NBC News. ‘I’m trying to go this week.’

Rodman is notorious for befriending controversial world leaders, and even noted Russian President Vladimir Putin as being ‘cool’ after he returned from a 2014 venture to Moscow.

Aside from Putin, the former NBA star considers North Korea leader Kim Jong Un to be a good friend. Rodman has taken several trips to the Communist country and even said he helped in the 2014 release of Christian missionary Kenneth Bae, who was charged in the country for attempting to overturn the government. 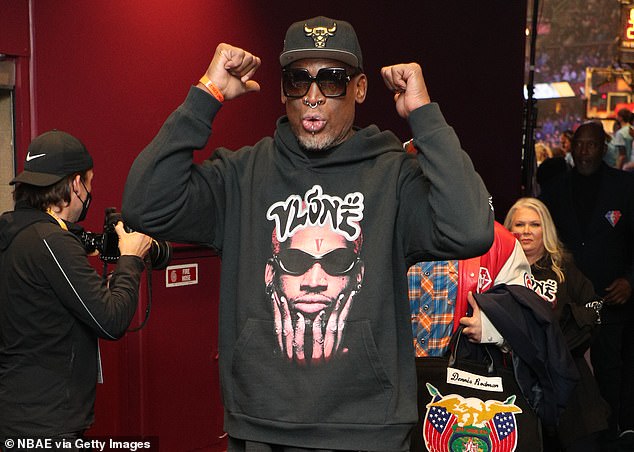 Dennis Rodman said he plans to travel to Russia to seek the release of the WNBA star Brittney Griner, who was sentenced to nine years in prison for drug possession on August 4 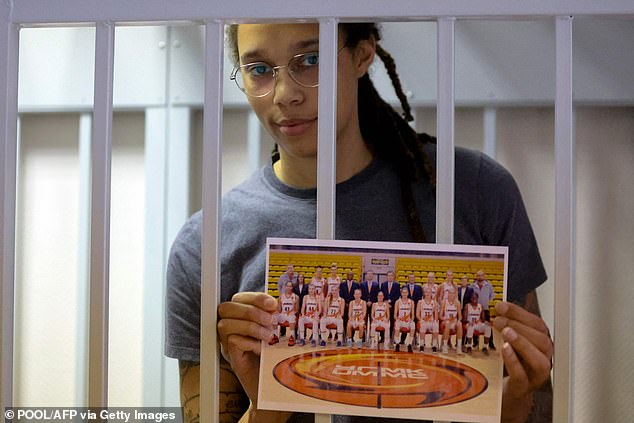 Griner was arrested in February after she was caught carrying two vape cartridges with cannabis oil in them at a Moscow airport. She was sentenced to nine-years in prison on August 4 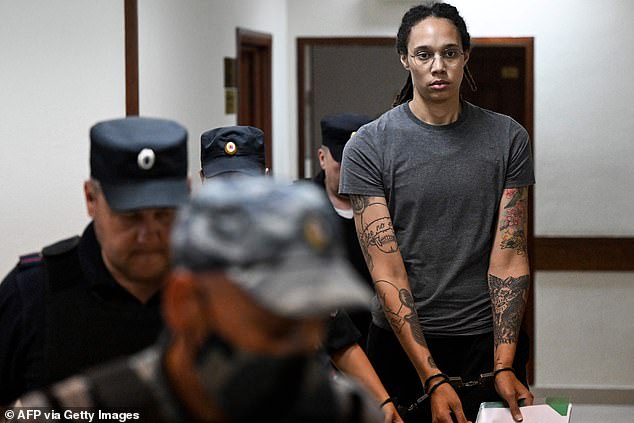 Griner is currently locked in prison in Russia for bringing two vape cartridges  containing cannabis oil into the country in February. Cannabis in Russia is illegal. 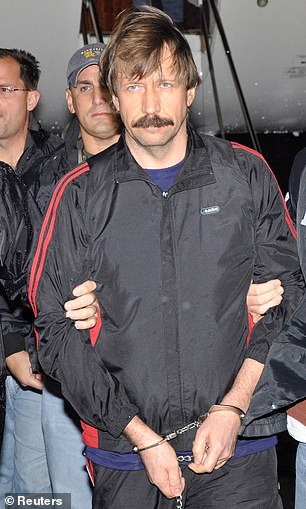 There was speculation Griner would be freed as part of a prisoner swap in exchange for arms dealer Viktor Bout, who was arrested in the US in 2010

The WNBA star was sentenced to nine years behind bars on August 4 as the White House scrambles to swap her out with Viktor Bout, who has been in prison in the US since 2010.

Bout was a convicted Russian arms dealer serving a 25-year prison sentence on charges that he conspired to sell tens of millions of dollars in weapons to Colombia’s former FARC guerrilla army.

At the time of his conviction in 2008, the group was classified by the U.S. as a foreign terrorist organization, though that designation was lifted last year.

Putin originally held off on the swap, citing the ongoing legal trial, but is now ready to negotiate the exchange for Bout.

The deal would bring Griner home but would also let free one of the worst war criminals the US has ever locked up.

It’s unclear how Rodman plans to negotiate Griner’s release, but will travel to the country despite the State Department travel advisory urging people to not travel to Russia as the war with Ukraine persists. 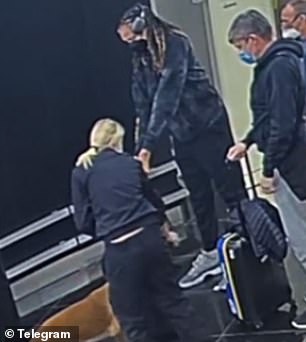 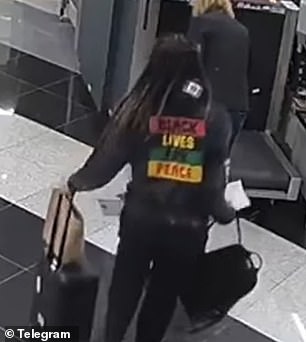 Griner was arrested at Moscow Airport in February when customs officials found a cannabis pen in her luggage. She has been incarcerated ever since 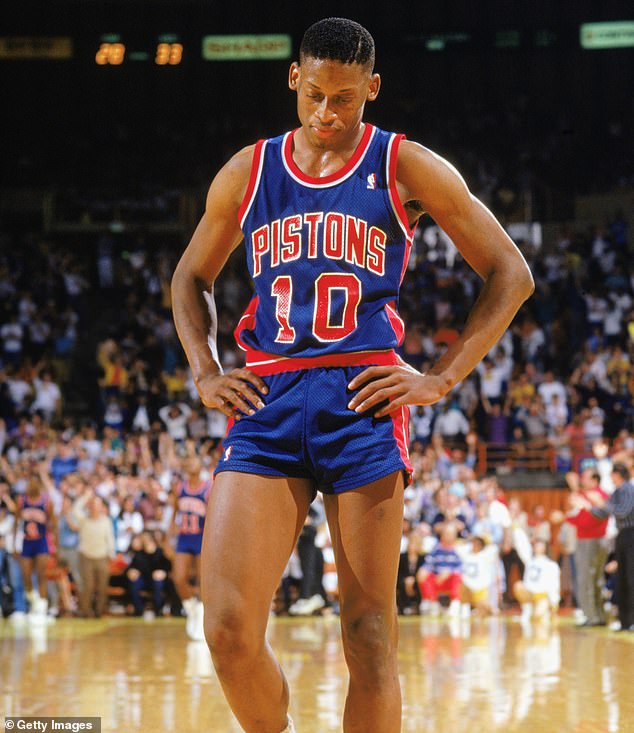 Rodman says he knows Russia’s president ‘too well.’ It’s unclear how he will negotiate the swap, but if successful, it will be his second time helping free American prisoners

If Rodman is successful, it will be his second time contributing to a prisoner swap. In 2014, Rodman claimed that he was behind the release of various US citizens detained in North Korea, including Bae.

The former basketball star wrote to his ‘friend for life’ Kim Jong-Un and begged him for mercy in the case of Bae – who had been imprisoned in the hermit kingdom for six months.

Bae was let go along with Matthew Miller who was serving a sex-year jail term on charges of espionage, after he allegedly ripped his tourist visa at Pyongyang’s airport and demanded asylum.

In a letter sent to the communist dictator earlier this year that was shown to TMZ, Rodman wrote: ‘[I] would be eternally grateful for his safe return and make a big step towards bridging the gap between our two nations.’

He also compliments the leader’s progress, such as the construction of new water parks and airport terminals, in his ‘beautiful country’ and thanked him for a special stay.

The note continues: ‘I understand the crimes he committed and ask you my dear friend, the highly respected Marshall Kim Jong Un for his release to show my country how loving and compassionate you and the DPRK can be.’

Rodman told the site he sent the letter and January and believes his trips to the communist country influenced the developments.

He visited the country three times in 2013, but previously said he had been threatened with sanctions by Washington if he continued his activities in the country. 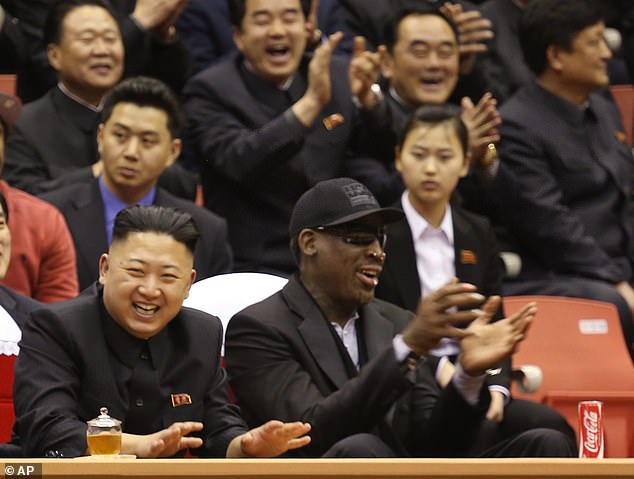 PICTURED: Rodman with Kim Jong Un. He visited North Korea three times in 2013, in February, March and December, but he said he had been threatened with sanctions by Washington if he continued his activities in the country 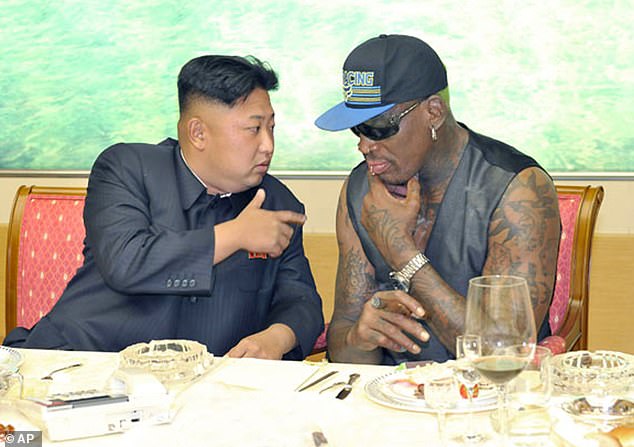