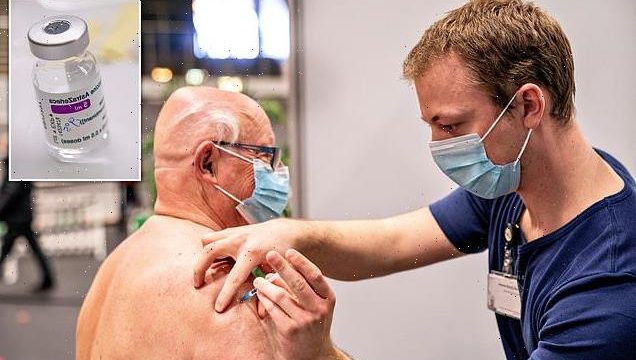 The decision will remove the shot from Denmark’s vaccination scheme and could delay the country’s vaccine rollout by up to four weeks, based on previous statements by health bodies.

‘The Danish Health Authority has decided to continue the vaccination against Covid-19 without the vaccine from AstraZeneca,’ it said in a statement, adding that it had not ruled out using the vaccine in the future.

Almost one million Danes have received their first jabs, 77 per cent with Pfizer-BioNTech’s vaccine, 7.8 per cent with Moderna’s shot and 15.3 per cent with AstraZeneca’s, before it was suspended.

Denmark was the first country to pause the use of the AstraZeneca jab in March amid concerns about blood clots.

Several other countries followed suit though most, including Germany and France, have since resumed the use of the vaccine for older people. 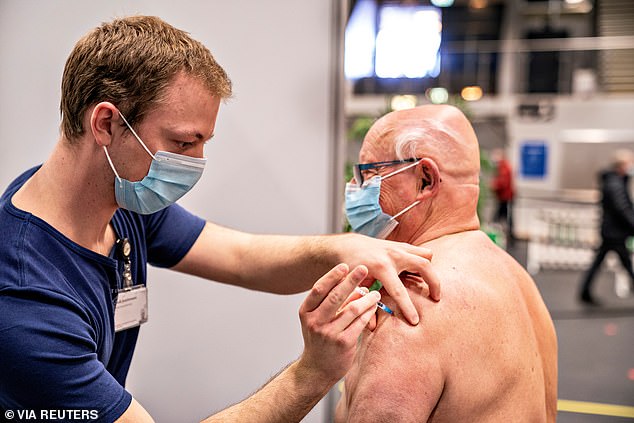 Denmark has completely ceased administering the AstraZeneca Covid-19 vaccine following its possible link to very rare cases of blood clots. The decision will remove the shot from Denmark’s vaccination scheme and could delay the country’s vaccine rollout by up to four weeks, based on previous statements by health bodies. Pictured: A man receives a coronavirus vaccine in Frederikshavn, Denmark [File photo]

The European Union’s drug watchdog said last week that it had found a possible link between the AstraZeneca vaccine and very rare blood clot cases.

However it said the risk of dying from Covid-19 was ‘much greater’ than the risk of mortality from rare side effects.

The regulator left it up to individual states to make their own risk assessments and decide how to administer the vaccine based on local conditions that vary widely across the bloc.

The AstraZeneca vaccine is significantly cheaper than other vaccines and is easier to store as it does not require to be kept at an extremely low temperature.

The concern over clots and mixed messages surrounding the vaccine are expected to affect people’s willingness to take it.

The European Commission is also engaged in a row with AstraZeneca over missed delivery targets.

It accuses the British-Swedish company of breaking its contract and claims it is at fault for the slow start to the EU’s vaccination campaign.

The Commission has threatened to block exports of jabs out of the EU until the company fulfils its outstanding orders from the bloc. 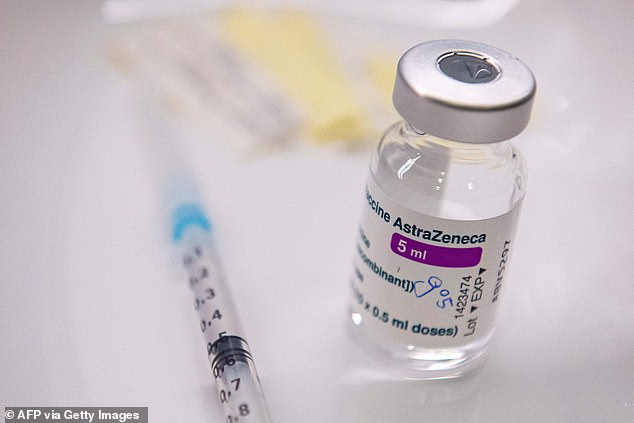 AstraZeneca is also embroiled in a dispute with the European Commission over delays and shortages. The Commission accuses the manufacturer of breaking its contract. AstraZeneca denies this [Stock photo]

In a sign of confidence in a company that has been a mainstay of Europe’s vaccination drive so far, von der Leyen said the EU will start negotiating to buy 1.8billion doses of the Pfizer-BioNTech vaccine through 2023.

Von der Leyen expressed full confidence in the technology used for the Pfizer-BioNTech vaccine, which is different from the technology behind the Oxford-AstraZeneca vaccine.

‘We need to focus on the technologies that have proven their worth,’ von der Leyen said.

Pfizer-BioNTech plans to provide the EU with an extra 50 million dozes in the 2nd quarter of this year, on top of 200 million doses already earmarked for the bloc. 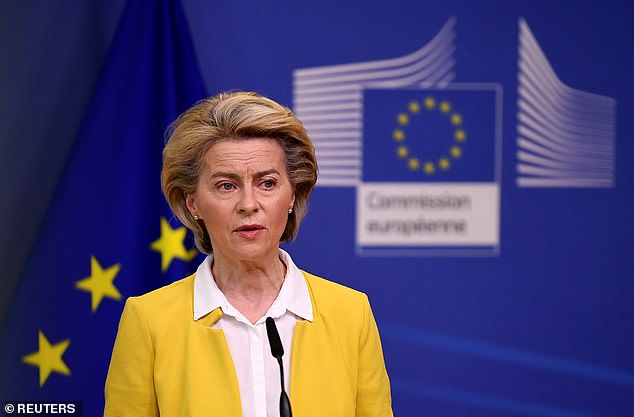 The deliveries will be especially welcomed by the EU’s 27 member nations considering supply delays and concerns over the AstraZeneca vaccine.

The European Commission currently has a portfolio of 2.3 billion doses from a half dozen companies and is negotiating more contracts.

The planned negotiations with Pfizer left in the middle what the EU would do about any new contracts with AstraZeneca.

The European Commission said in a statement, ‘We keep all options open to be prepared for the next stages of the pandemic, for 2022 and beyond. We can, however, not comment on contractual issues.’