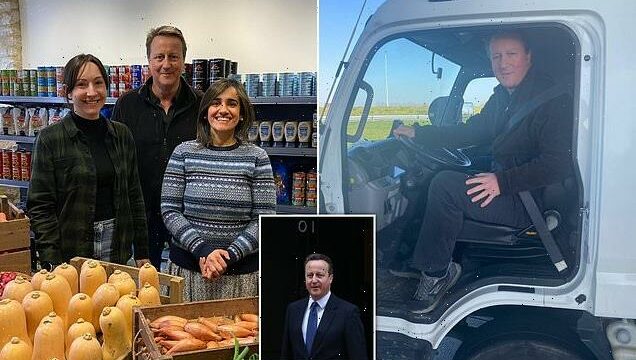 ‘It’s going to be a long drive:’ David Cameron is taking a small lorry to Poland as ex-PM says he’s ferrying ‘everything from nappies to warm clothes’ to the border for Ukrainian war refugees

Former prime minister David Cameron is driving a small lorry full of supplies for Ukrainian refugees to the country’s border with Poland.

Mr Cameron announced the surprising intervention on Twitter, where he said he had been volunteering for two years at a food project in west Oxfordshire called the Chippy Larder.

Through the project, he said donations had been taken in for refugees from Ukraine and they now had enough ‘to fill a small lorry with everything from nappies to sanitary products, warm clothes to first aid kits’. 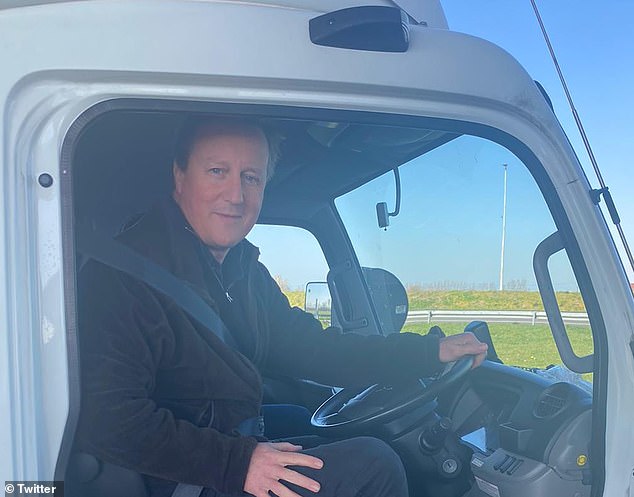 Mr Cameron announced the trip on Twitter, where he said he had been volunteering for two years at a food project in west Oxfordshire called the Chippy Larder

Posting a photograph sitting behind the wheel of the lorry, Mr Cameron said: ‘I’m currently driving to Poland with two Chippy Larder colleagues to make our delivery to the Red Cross.

‘It’s going to be a long drive, but I’ll keep you updated along the way.’

Earlier this week, Mr Cameron called for more humanitarian help to be given to Ukraine.

Speaking to Channel 4 News, he called on the Government to ‘get back’ to dedicating 0.7% of gross national income (GNI) to overseas aid, after it was cut to 0.5% last year. 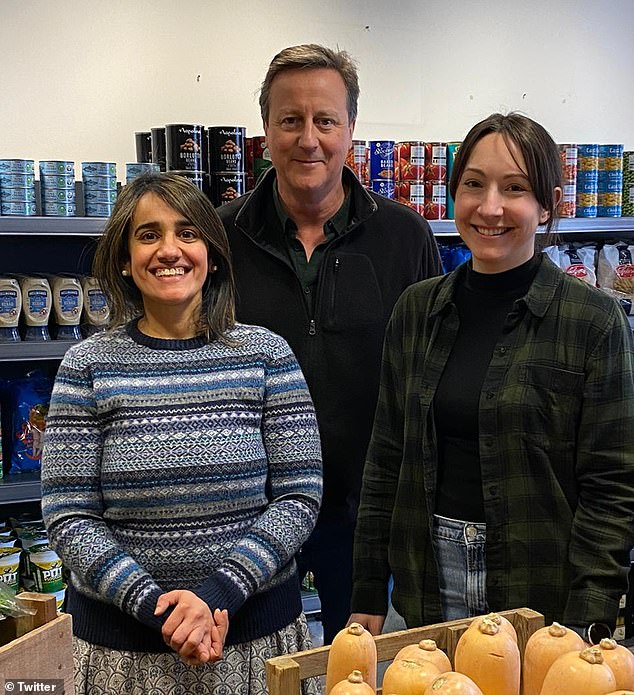 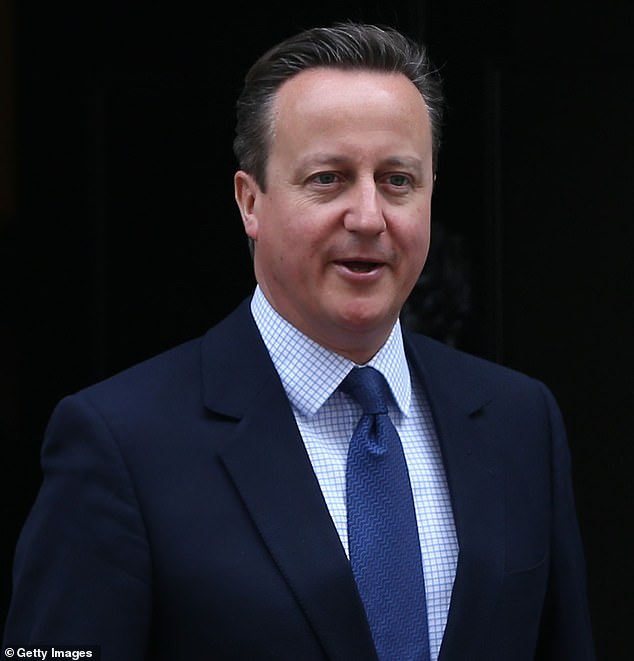 Mr Cameron said the Cabinet should have an aid minister, who would be ‘100% dedicated’ to the role.

Chancellor Rishi Sunak has promised to return the UK’s aid contributions to 0.7% by the end of this Parliament.

But Mr Cameron said: ‘Let’s do more on humanitarian aid. We achieved 0.7% of GDP in our aid payments. I’m sad we’ve got away from that. I hope we can get back there.

‘Let’s – with the EU – lead the donor conference, lead the aid effort.

‘Let’s have a dedicated aid minister in the Cabinet doing development.

‘The Foreign Office ministers do a great job but it’d be good to have someone who’s 100% dedicated to humanitarian aid and development.’

He also said permanent Nato bases should be created in Estonia, Latvia and Lithuania.

Mr Cameron was Prime Minister from 2010 until 2016 – resigning the day after the UK voted to leave the European Union.