A DAD searching through Amazon for a new school bag with his four-year-old son was stunned to be faced with a page of sex toys.

Adam Urquhart went into the "Sports & Outdoors" section before narrowing it down to camping and hiking, but he and his boy, Johnathon, were suddenly viewing bondage gear. 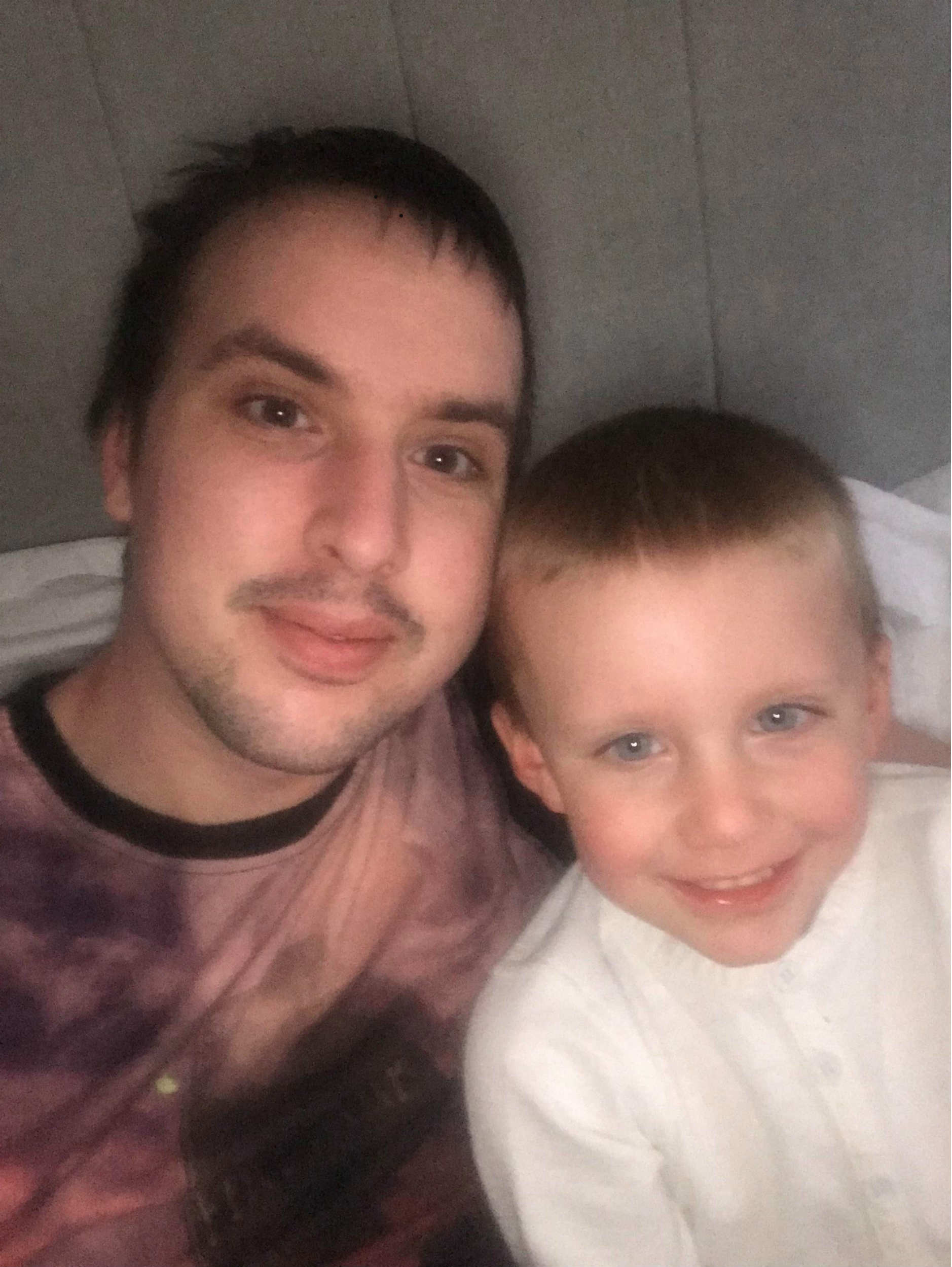 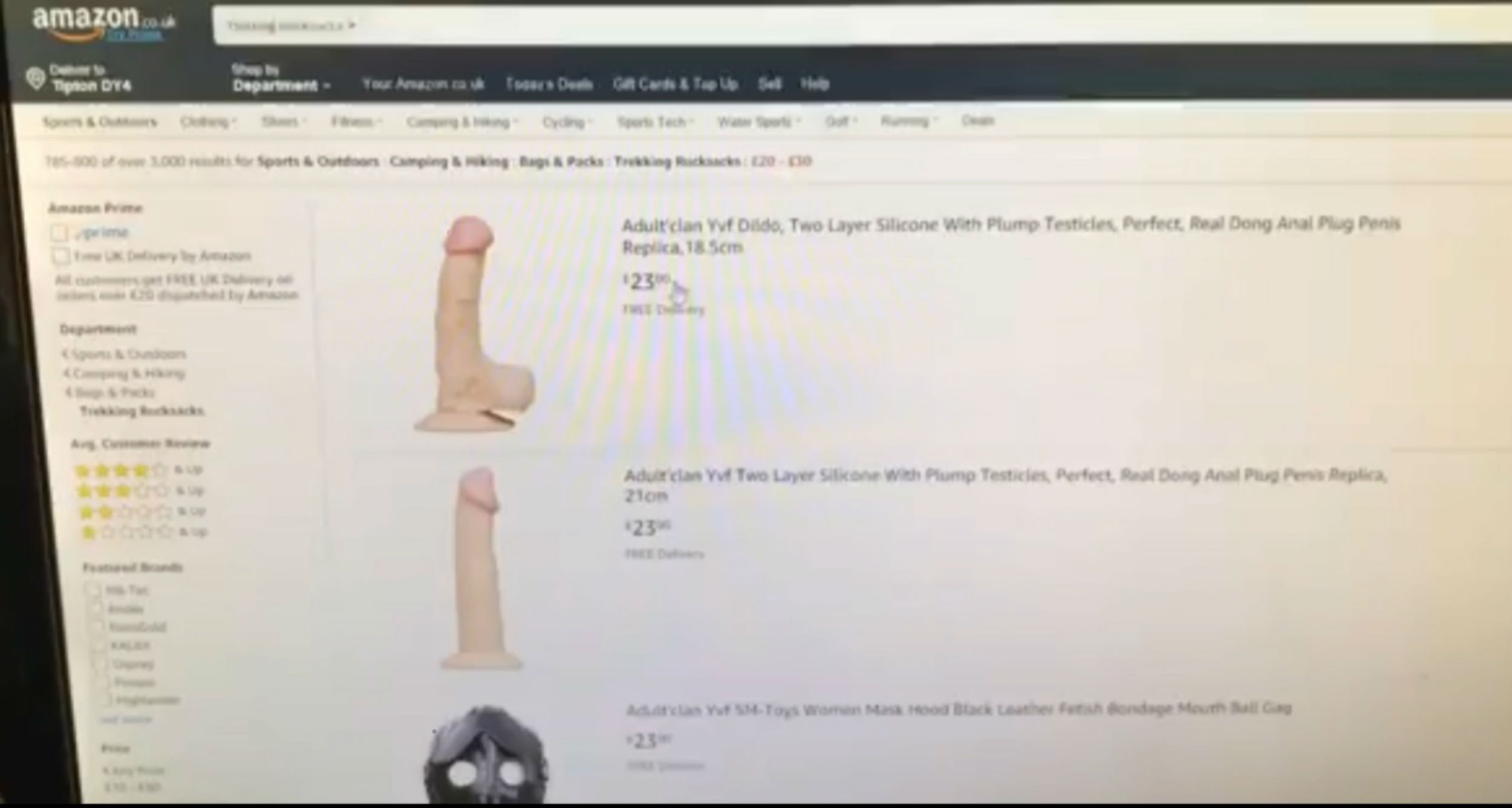 The 30-year-old was furious the items appeared without warning during the online shopping spree.

The dad, from Market Drayton, recreated what he did while filming to see if it happened again, and was shocked to see the same images pop up.

The clips shows Adam first showing his search options, which show that he clicked on the “Sports & Outdoors” before clicking on the camping and hiking section.

“He then clicked on the “Bags and Packs” section then trekking rucksack before he typed in for minimum £20 and maximum £30.  The top right hand corner he changed his preference from "featured" to "price low to high".

Adam then begins scrolling through the pages of bags before suddenly being presented with very graphic images of assorted sex toys.

Speaking today: “I was angry as I had my child with me looking at rucksacks and never in a million years would I have expected to see such items or have any intentions of my son seeing such things.

“My boy didn’t get chance to think anything of it. As soon as I saw the first thing I removed him from the situation as I don’t want my son to know what adult toys and bondage equipment is until he is of an age that he can responsibly know what they are.

“I was looking for a rucksack for my son as he starts school in September. I own a hiking rucksack and he wanted one ‘Like daddy’s’.

“All I was doing was looking through the section on amazon relating to hiking bags and they appeared several times mixed in with the backpacks.”

Last year Amazon came under fire after a customer was searching on the website for rose seeds – and was met with images of a woman tied up in bondage gear.

And we told how a mum was left in hysterics after trying to find garden ideas for a children’s party on Amazon – and being recommended a giant sex toy instead.

Jeni Dobson was looking for a last-minute gift for a friend's son when she typed in "outside toys".

Last year the online giant was hit by a mystery as dozens of packages containing sex toys were being sent to strangers.

Unsolicited parcels turned up at homes around the US and Canada in February. 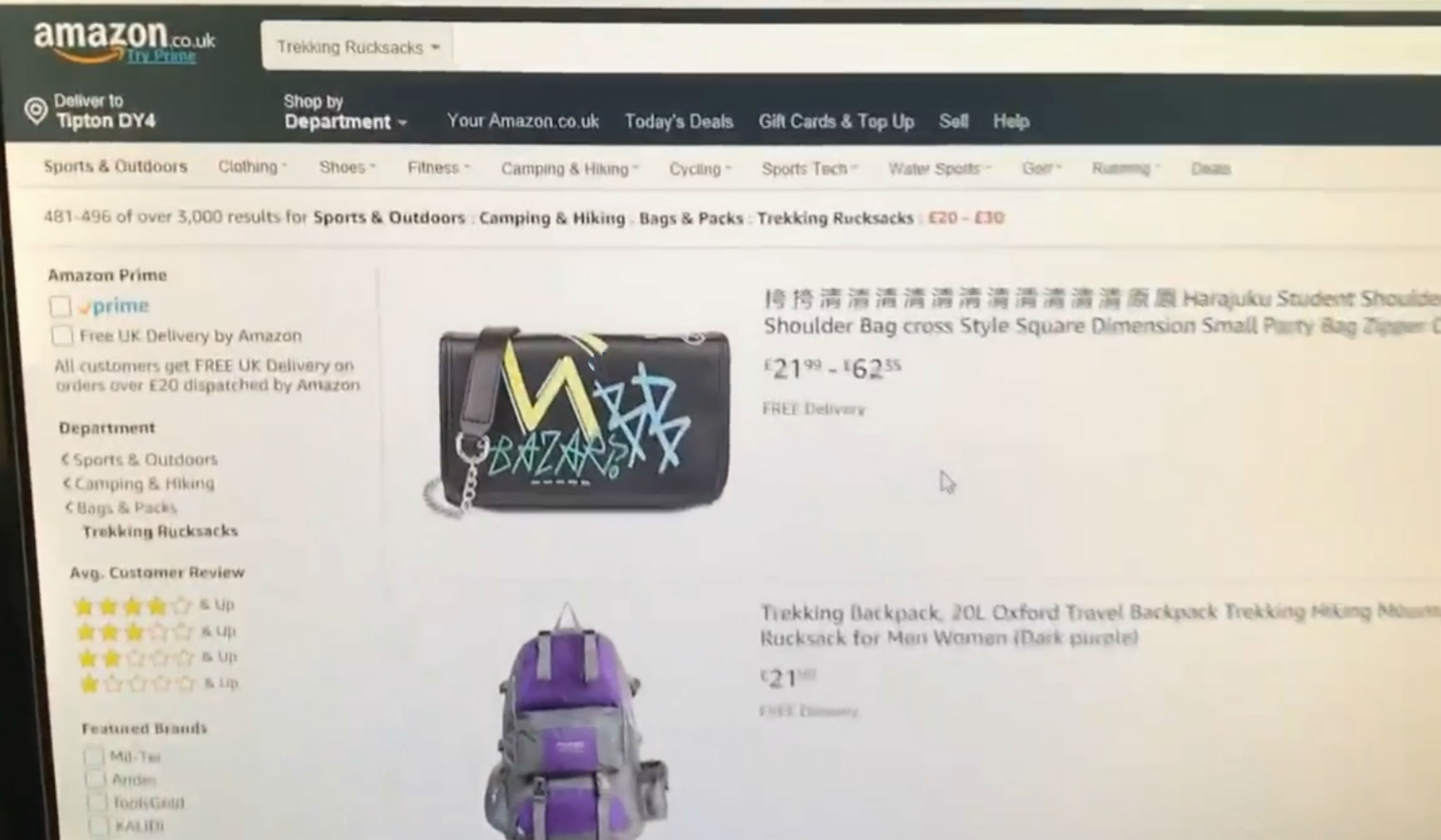 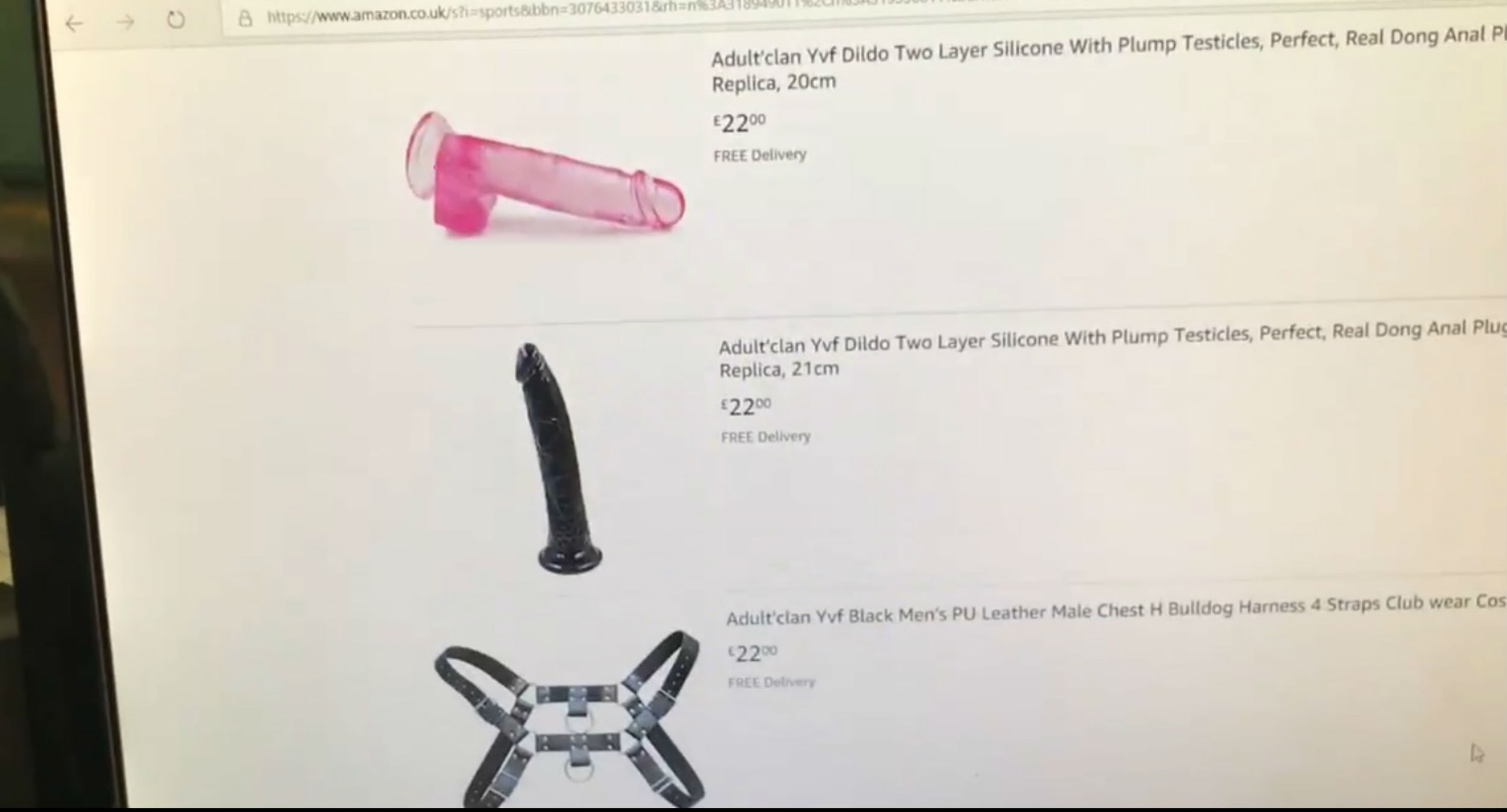