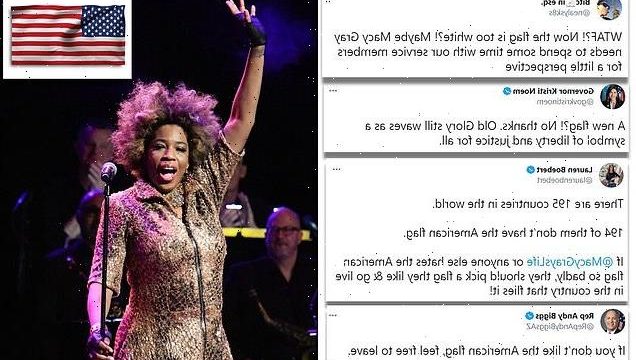 ‘A new flag? No thanks’: Gov. Kristi Noem insists the Stars and Stripes stands as a ‘symbol of liberty and justice for all’ after Macy Gray called on the US to ditch ‘racist’ Old Glory on eve of Juneteenth

Singer Macy Gray has been blasted by Republicans for suggesting the United States needs a new flag, claiming the current design is ‘tattered, dated, divisive and incorrect’ .

Gray, 53, made the remark in an op-ed for MarketWatch ahead of Juneteenth, a new federal holiday which commemorates the emancipation of American slaves in 1865.

The crooner’s comments caused controversy, with a slew of high-profile Republicans speaking out to slam the idea.

South Dakota Gov. Kristi Noem took to Twitter, writing: ‘A new flag?! No thanks. Old Glory still waves as a symbol of liberty and justice for all.’

Colorado Rep. Lauren Boebert similarly tweeted: ‘There are 195 countries in the world. 194 of them don’t have the American flag. If @macygray or anyone else hates the American flag so badly, they should pick a flag they like & go live in the country that flies it!’ 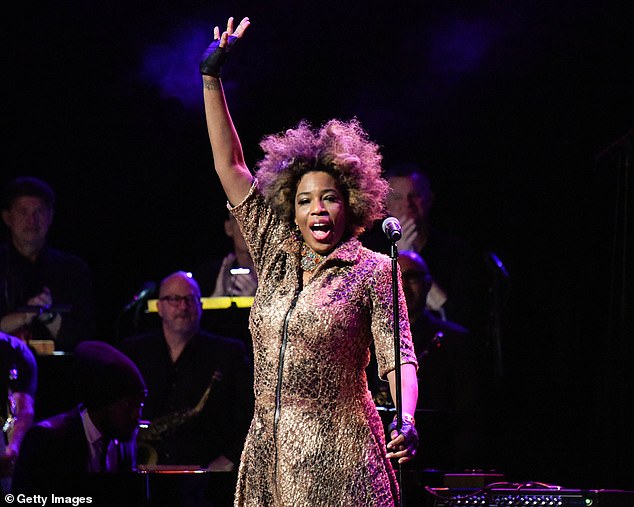 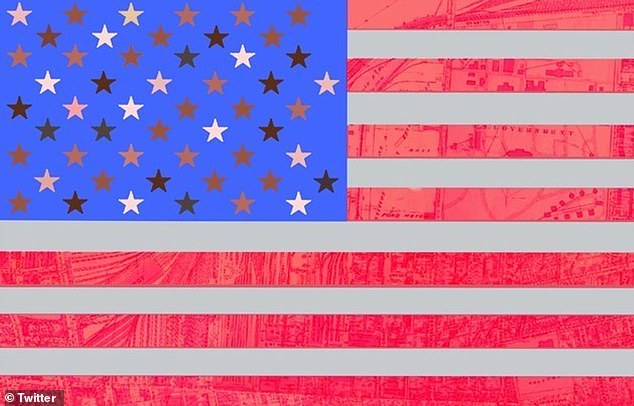 Other conservative figures were also quick to chime in, with former Trump legal advisor Jenna Ellis writing: ‘I don’t like to brag, but we’re kinda proud of that ragged old flag.’

Lavern Spicer, who is ran to represent Florida’s 24th congressional district in 2020, took a savage swipe at Gray, writing: ‘The last time Macy Gray was relevant, Bill Clinton was President.’

The tweet was a reference to the fact Gray’s biggest single, I Try, was released back in the 1990s.

In her op-ed, Gray claimed the flag needs to be redesigned to represent all Americans, arguing the symbolism of Old Glory was harmed during the Capitol riot.

Gray put together a proposal for that new flag, with off-white stripes, ’52 stars to include D.C. and Puerto Rico,’ and stars ‘the colors of ALL of us — your skin tone and mine — like the melanin scale.’

She went on to claim that the ‘white’ stripes meant to represent purity and innocence are not an accurate way to depict the country.

That sparked outrage from one Twitter user who wrote: ‘WTAF?! Now the flag is too white?! Maybe Macy Gray needs to spend some time with our service members for a little perspective.’

In her op-ed, Gray claimed the flag needs to be redesigned to represent all Americans, arguing the symbolism of Old Glory was harmed during the Capitol riot. This outraged one Twitter user 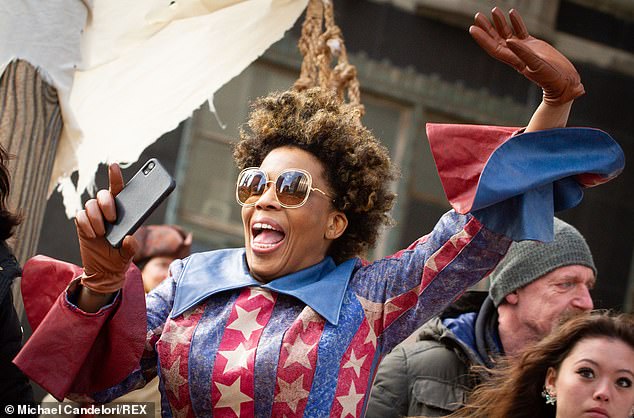 Gray argued that the stars on the flag fail to represent Washington D.C. and Puerto Rico, which have both seen failed attempts at gaining statehood

In her op-ed, Gray argued that the stars on the flag fail to represent Washington D.C. and Puerto Rico, which have both seen failed attempts at gaining statehood.

‘America is great,’ Gray said. ‘It is beautiful. Pure, it ain’t. It is broken and in pieces.’

Gray also talked about how a high school student designed the current flag right before Alaska and Hawaii reached statehood.

While most reaction was negative, some voiced their support for Gray.

‘If you have any flags, stickers, shirts, masks, or anything else that has the thin blue line, Confederate flag, or that dumb Trump flag, you have no right to be upset that Macy Gray wants a redesign of the US flag (which has been done many times),’ one wrote.

Another added: ‘The kind of people who fly the thin blue line and confederate flags — the kind who beat a US police officer with a flagpole flying the American flag — are upset with Macy Gray.’

Gray has previously expressed support for progressive causes, according to Fox News.

Last year, she performed during an ‘I Will Vote’ fundraiser, which raised money for Joe Biden’s campaign.

Gray’s op-ed came as Juneteenth – the day marking the emancipation of slaves in the US – was made a federal holiday after 155 years.

President Joe Biden put pen to paper at the White House on Thursday to sign the bill into law, with the first Juneteenth National Independence Day being observed on Saturday. 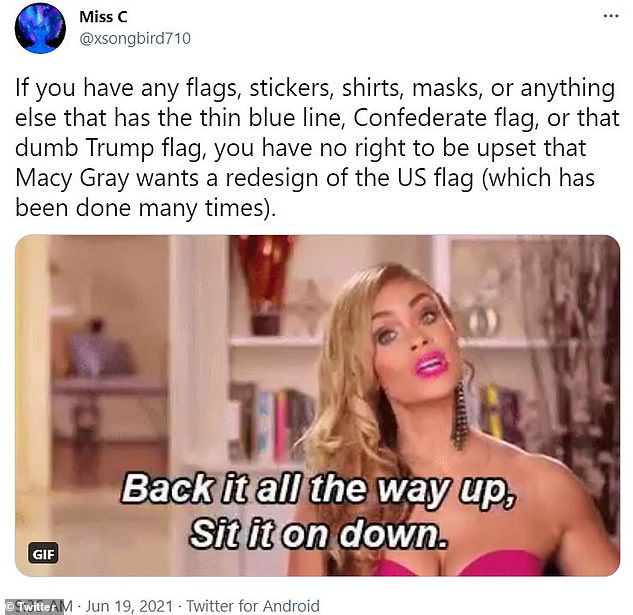 While most reaction was negative, some voiced their support for Gray

Continental Congress passed the first Flag Act in 1777: A history of ‘Old Glory’

On June 14, 1777, the Continental Congress passed the first Flag Act to establish a flag that would have 13 stripes – alternating in red and white – with thirteen stars to represent a new constellation.

Between then and 1960, the flag has been changed five times, according to Grand New Flag, a retailer.

The final two acts, in 1959, were executive orders of President Dwight Eisenhower: The last, the current, had the stars arranged in nine rows horizontally and 11 rows vertically.

In the stars and stripes, the red symbolizes ‘Hardiness’ and ‘Valor’; the white symbolizes ‘Purity’ and ‘Innocence’; the blue symbolizes ‘Vigilance, Perseverance and Justice.’

Some historians believe the first flag was designed by New Jersey Congressman Francis Hopkinson and sewn by Philadelphia seamstress Betsy Ross, according to PBS.

A Massachusetts sea captain gave the flag its historic name of ‘Old Glory.’

The American flag was first flown overseas on a foreign fort in Libya on the shores of Tripoli in 1805, PBS said.