Ex-Labour deputy Harriet Harman said women's confidence in the Met Police has been "shattered" and branded the Commissioner's position untenable. 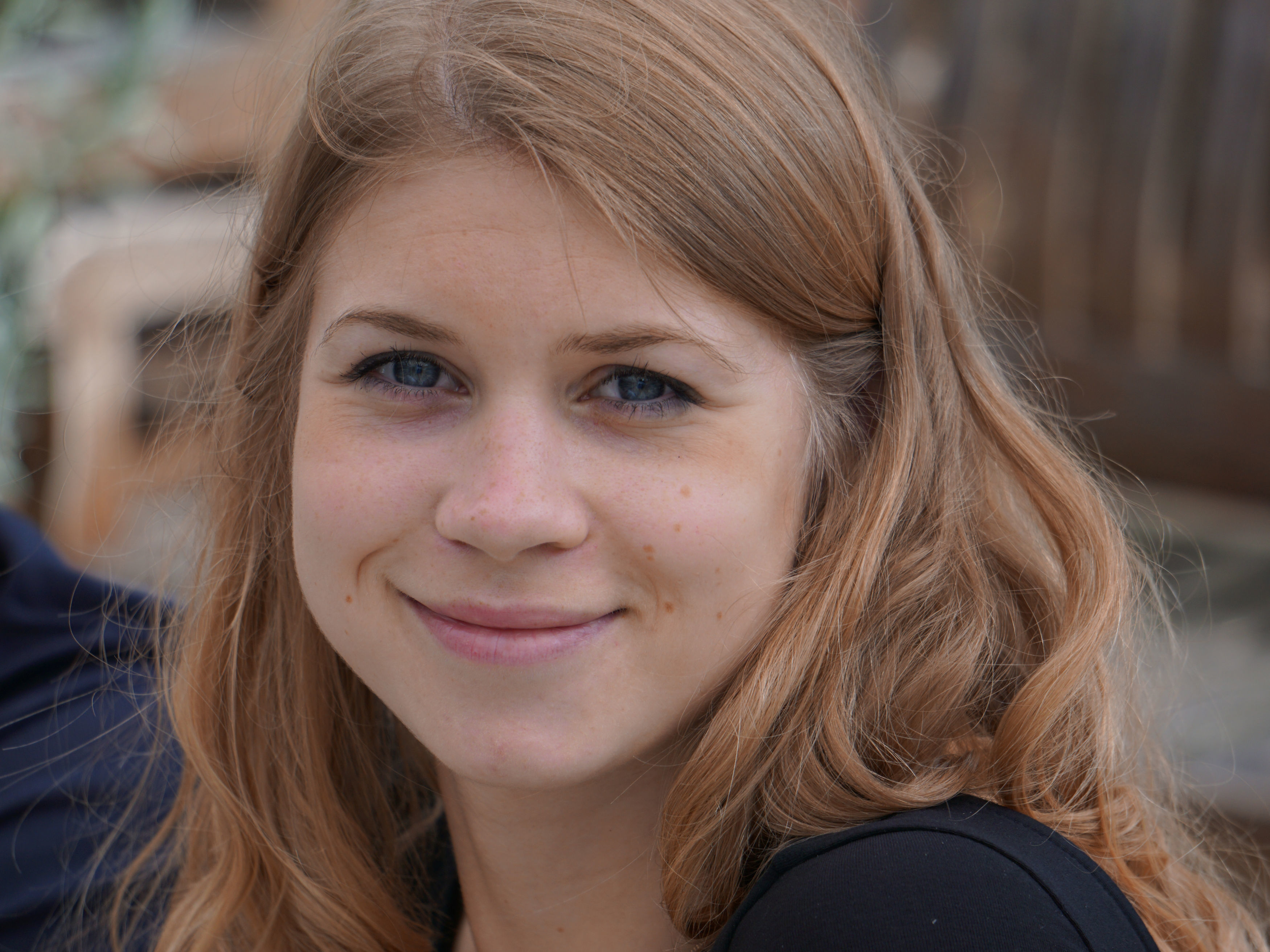 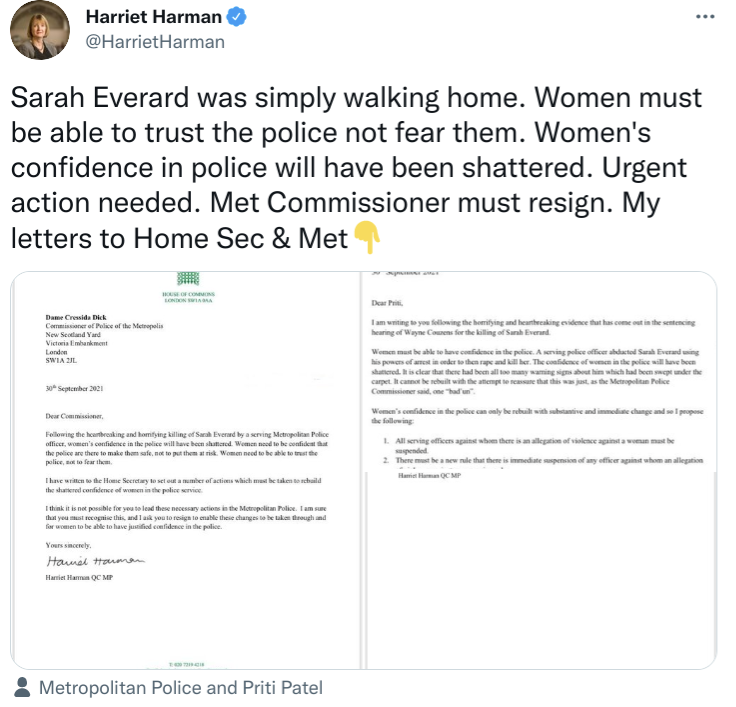 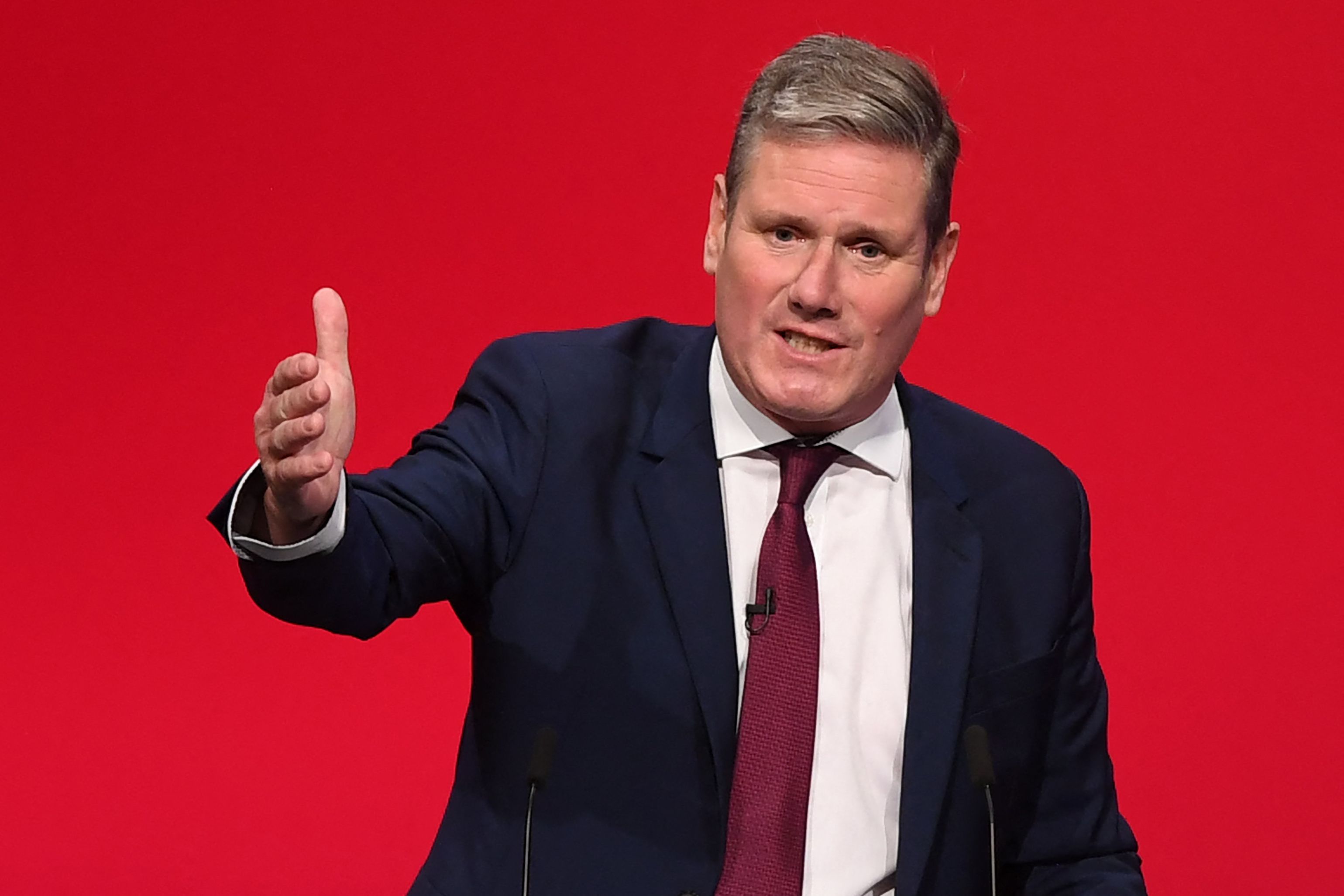 Cold-blooded cop Wayne Couzens will die in jail after being sentenced today to a whole life term after admitting kidnap, rape and murder.

During the case it emerged colleagues used to nickname the evil officer "the Rapist", prompting serious questions over how he was allowed to stay in post.

She told the Met boss – who was in court for the sentence – : "Women need to be confident that the police are them to make them safe, not put them at risk.

"Women need to be able to trust the police, not fear them."

The Labour MP added that Ms Dick was not the person to drive change and ordered her to fall on her sword.

Ms Harman also wrote to Ms Patel with a list of seven demands to "rebuild" trust in Scotland Yard.

The Labour leader said the 33-year-old's killing was "sickening" and that he'd work with Boris Johnson to stop another.

Ahead of the court ruling Sir Keir – once Britain's top prosecutor – called on the Government to strengthen legislation.

"We need better provision in relation to violence against women and girls in law. We have needed it for a very, very long time.

"If the Government were to put up legislation on violence against women and girls or on victims on the first Monday when we return after these party conferences, we will vote for it."

Labour revealed a Victim's Law in February which would give victims of persistent anti-social behaviour the same rights as victims of crimes.

A separate plan unveiled in the wake of Sarah's killing would also toughen sentences for rapists and stalkers while creating offences for street sexual harassment.

In his party conference speech yesterday Sir Keir declared Labour the party of law and order.

The Government are pushing their own Police, Crime, Sentencing and Courts bill through Parliament that would increase jail time for murderers and rapists.

🔵 Read our Wayne Couzens sentencing blog for the latest updates

Sir Keir also said the Met Police should investigate how their own officer Couzens managed to "slip through the net".

He said: "I know that thousands upon thousands of police officers doing a fantastic job up and down the country are absolutely sickened by this, but obviously how on earth did he get through the net is the critical question that has now just got to be answered."

He told Times Radio "My personal view is that the structures of the way that they [the Metropolitan Police] look at themselves when incidents happen, needs to change."

Yesterday Sarah's mum told the court how she "years" for her daughter in a powerful impact statement. 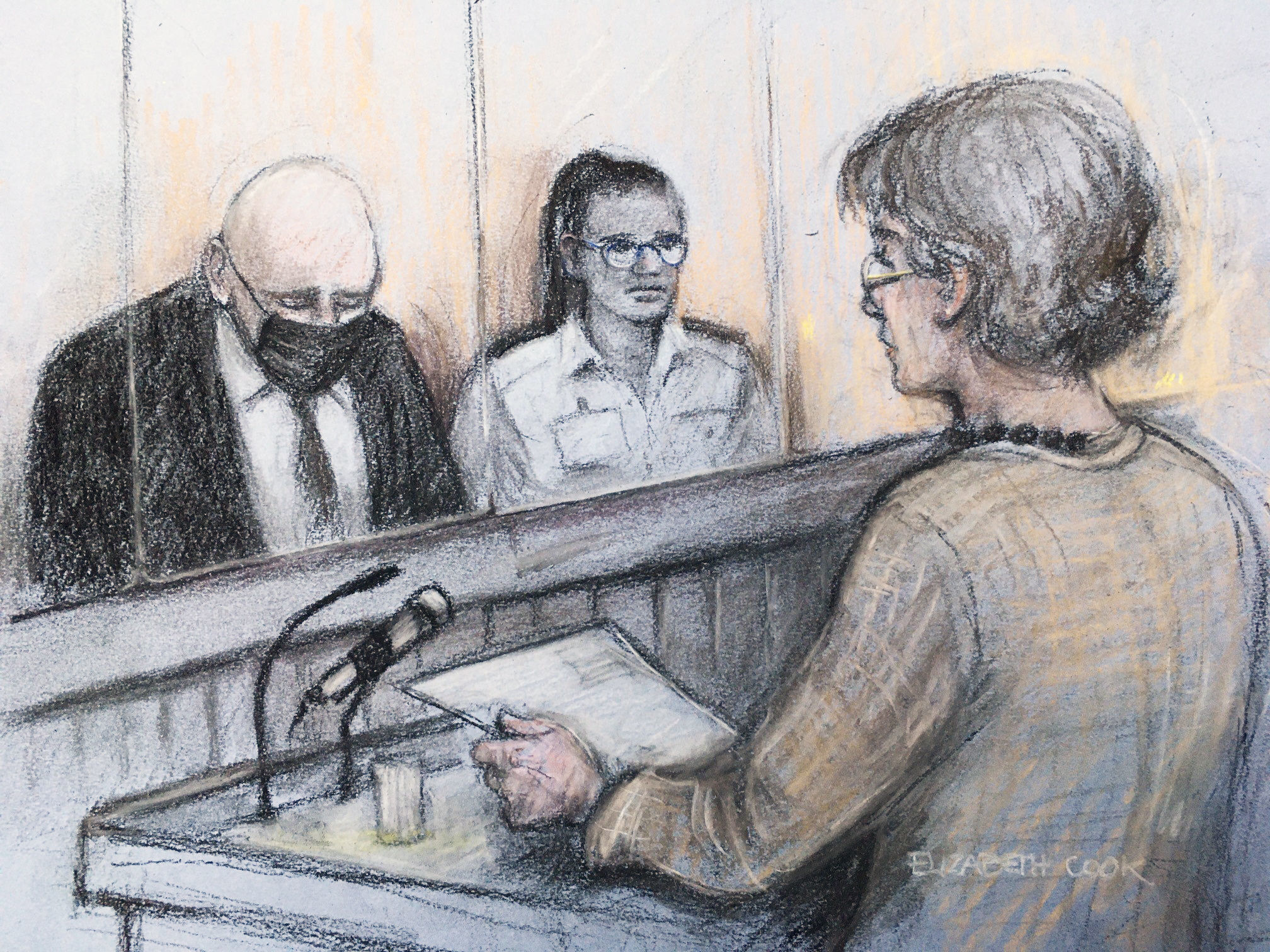