The impact of the pandemic on the justice system has been huge, with lawyers reporting clients spending more time on remand than they would face if sentenced, a growing backlog of stalled cases and women’s legal services swamped with inquiries about domestic violence cases.

Three Irishmen acquitted of attempted murder charges last month were in custody on remand for two-and-a-half years, an extra year due to the pandemic, said barrister Geoffrey Steward.

“That this occurred is no one’s fault, but is a good example of the profound effects that lockdowns have had on the criminal justice system in this state.”

Solicitor Ruth Parker said one of her clients has been on bail, waiting a year for his case to resolve despite the victim wanting the case to be dropped.

“He’s not been able to work in his field because it requires a clean criminal history check,” she said.

One woman, who spoke to The Age on condition of anonymity, said her life was on hold while she waited for her partner’s trial, delayed due to the pandemic, to start.

I always had this anxiety sitting in my stomach, wondering what was going to happen to him, wondering if it would mean our relationship was over if he was found guilty,” she said.

“It was a rollercoaster of anxiety and embarrassment and shame that you’re associated with somebody in this predicament and having it dragged out.” 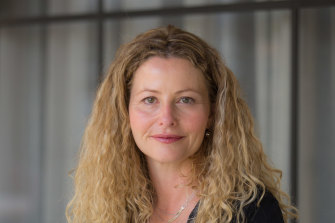 With the state in another lockdown, new jury trials are again at a standstill. The legislation that allowed trials to be heard before a judge-alone ended in April.

At last count, the backlog was still immense. More than 130,000 cases were pending in the magistrates court, with criminal and family violence cases doubling, and about 1700 trials were waiting for a start in the County Court.

The justice department, in figures given to state MP Stuart Grimley in April, estimated that the $210 million in funding would clear cases by between one and 12 per cent per month.

That was before another lockdown.

The Women’s Legal Service is stretched due to a “crushing demand” for help for legal advice from family violence victims.

The Court of Appeal, in a recent decision, said the backlog would take years to rein in.

“It is not an overstatement to say that the system of criminal justice in this state is in crisis, requiring a response from the courts,” justices Phillip Priest, Stephen Kaye and Terence Forrest said in June, calling on judges and magistrates to, during the pandemic, dish-out greater sentencing discounts for early guilty pleas to reward those who avoid trials.

Some lawyers are arguing that measures to ease the strain should be maintained. One short-term lever under consideration by the state government is allowing judges to indicate to an offender what their sentence could be when they were weighing up whether to press ahead with a trial. 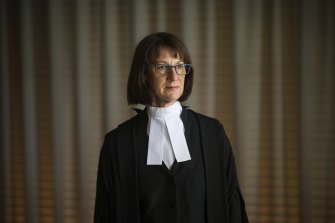 Victoria’s director of public prosecutions Kerri Judd called for judges to be given greater powers to give sentencing indications back in February.Credit:Paul Jeffers

“It’s our experience that an accused who has a much better understanding of what penalty they might receive if they plead guilty increases that likelihood significantly,” Criminal Bar Association chair David Hallowes, SC, said.

Both the Law Institute, and the Bar Association, support the re-introduction of judge-alone trials as an option for some cases provided it was by consent of both prosecution and defence.

The government has also gone on an appointment spree of County Court judges and magistrates due to increasing workloads.

“We will continue seeking advice from the courts on what will help them to keep working effectively during periods of restriction – noting that trials by jury will remain a cornerstone of our criminal justice system,” a government spokesperson said.

Law Institute president Tania Wolff said the pandemic was an opportunity for reform. She called for minor offences, such as shop theft and drug possession, to be taken out of the criminal courts and people diverted to support programs instead.

“There is no benefit to the community in terms of our criminal justice system further penalising or brutalising people who are vulnerable, ill and poor, but also because it’s going to take the burden off the system,” she said.

More people are also on remand, unsentenced and with no finding of guilt during the pandemic, and the number of Aboriginal and Torres Strait Islander women being incarcerated is growing faster than any other group.

Figures to a state parliamentary inquiry into the criminal justice system this week show 44 per cent of the male prison population and 55 per cent of women were on remand. 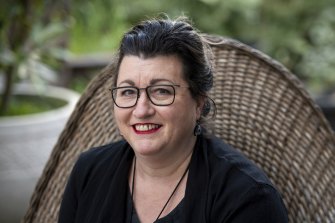 Mel Walker has been a criminal defence lawyer for about 30 years and is head of the criminal law section for the law institute.Credit:Penny Stephens

The single greatest contributor, criminal defence lawyer Melinda Walker said, was the state’s bail laws. The laws were changed in the wake of the Bourke Street tragedy and they placed minor offenders in the same category as accused murderers, terrorists and rapists when applying for bail.

“The pandemic gave us an opportunity to be more innovative, at a time when the system should have already evolved,” Ms Walker said.

“But I think more importantly it exposed a lot of the gaps, a lot of inefficiencies and inadequacies in the system.″