As a patrol sergeant in Melbourne’s northern suburbs, Damian Lehmann was already attuned to tragedy when he attended the suicides of two women in one day in March 2018.

Normally he’d attend two a year, but within months a suicide cluster among vulnerable migrant women of South Asian background in his community had grown to seven. 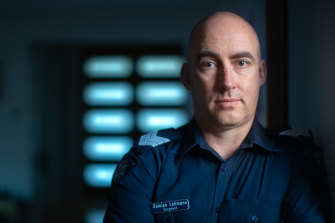 Sergeant Damian Lehmann pushed for a coronial investigation into the suicide of seven women of South Asian background in Whittlesea.Credit:Simon Schluter

"In good conscience I couldn't let it go, I couldn't accept it for what it was," he said.

This week coroner Audrey Jamieson called for better access to culturally appropriate support services and for specialist family violence police to investigate the deaths of women from diverse communities in the Whittlesea local government area.

Her coronial investigation into the women's deaths and call for more support came after Sergeant Lehmann and a team of passionate locals brought what they had uncovered to her office.

Her investigation found women from South Asian countries who had moved to Whittlesea faced cultural and geographical barriers to mental health and family violence services, and were at risk of social isolation, family violence and financial dependence.

“Due to these issues, South Asian women often lack agency and experience a sense of powerlessness, making them extremely vulnerable and unlikely to be able to access support services,” Ms Jamieson wrote.

“It was [also] widely accepted that violence and control can be compounded by South Asian patriarchal culture."

Coronial reports released this week contain devastating details of each of the women's deaths. They reveal some had suffered domestic abuse, while others had battled depression and homesickness, while another struggled with an arranged marriage.

Sergeant Lehmann said getting the attention the women's deaths warranted was challenging, but after hitting a series of brick walls, he got in touch with the City of Whittlesea, who "put all the right people in the one room".

Soon after they formed the community-led Crossroads to Community Wellbeing Group to reduce social isolation.

"I work with a number of people of South Asian background, who work as custody officers, and who have a very close relationship with the local Indian community," Sergeant Lehmann said. "This has been something that people have whispered about for many years but from what we can tell no one in the world has really tried to address these issues.

"You're dealing with a culture that is 5000 years old; it's got some very positive aspects, but being a Western country we don't always understand things that are different to the way we do things.

"If I speak to the people I grew up with out in the eastern suburbs – a very Caucasian-based area – about things like dowry and arranged marriages they would immediately think the absolute worst. These things aren't necessarily bad practices … but they're open to abuse.

"Part of the challenge is having cultural sensitivity and understanding. We have to be sensitive to the stigma family violence has; it's still very taboo to talk about, as is mental health, despair and isolation."

The City of Whittlesea is one of the fastest growing municipalities in Australia with 8000 new residents each year. 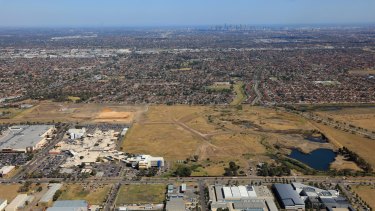 In 2016 half of all residents there spoke a language other than English, making it one of the most multicultural municipalities in Victoria.

As part of her investigation, Ms Jamieson examined the cases of four South Asian women aged between 29 and 40 who had migrated from India and Sri Lanka, and who died by suicide in 2018 and 2019.

She found elevated suicides rates in the City of Whittlesea and said there was a consensus among many in the community that the area had less access to mental health and family violence services than other parts of Melbourne.

She said more needed to be done to help vulnerable women reach help.

“Sergeant Lehmann’s notification of his observations to regional command triggered both a community input … and the subsequent attention of this court, to systemic issues affecting South Asian women in the Whittlesea region and the urgent need to help them,” Ms Jamieson wrote.

A police spokeswoman said the force welcomed the findings and would review the recommendations, which include allocating family violence units to investigate the suspected intentional deaths of women from culturally and linguistically diverse communities, where previous family violence or social isolation may have occurred.

"Responsible for attending suspected intentional deaths, Victoria Police sees the impact these deaths have to individuals, families and the broader community," the police spokeswoman said.

The coroner also recommended the Department of Health and Human Services consult and review current health and wellbeing support services for South Asian women in the City of Whittlesea to identify opportunities to improve access and engagement.

A DHHS spokeswoman said it had begun working on a coordinated response across the health network, Whittlesea Council and service providers to ensure members of the community could access the help they need.

"Any death from suicide is an absolute tragedy. We will continue to work closely with this working group to understand how access to services can be improved for the South Asian community," she said.

Anyone needing support can contact Lifeline on 13 11 14. For assistance the national domestic violence helpline can be contacted on1800 RESPECT. In case of emergency call 000.