Coolio is being remembered after his death at age 59.

It was announced Wednesday that the rapper behind "Gangsta’s Paradise," the Dangerous Minds movie theme, and other '90s hip-hop hits including "Fantastic Voyage" had died in Los Angeles. His longtime manager said he was visiting a friend and was found unconscious on the bathroom floor. Cardiac arrest is suspected, but an official cause of death has not yet been determined.

The news that Coolio (real name: Artis Leon Ivey Jr.) died has touched a lot of people, with many Hollywood stars paying tribute. 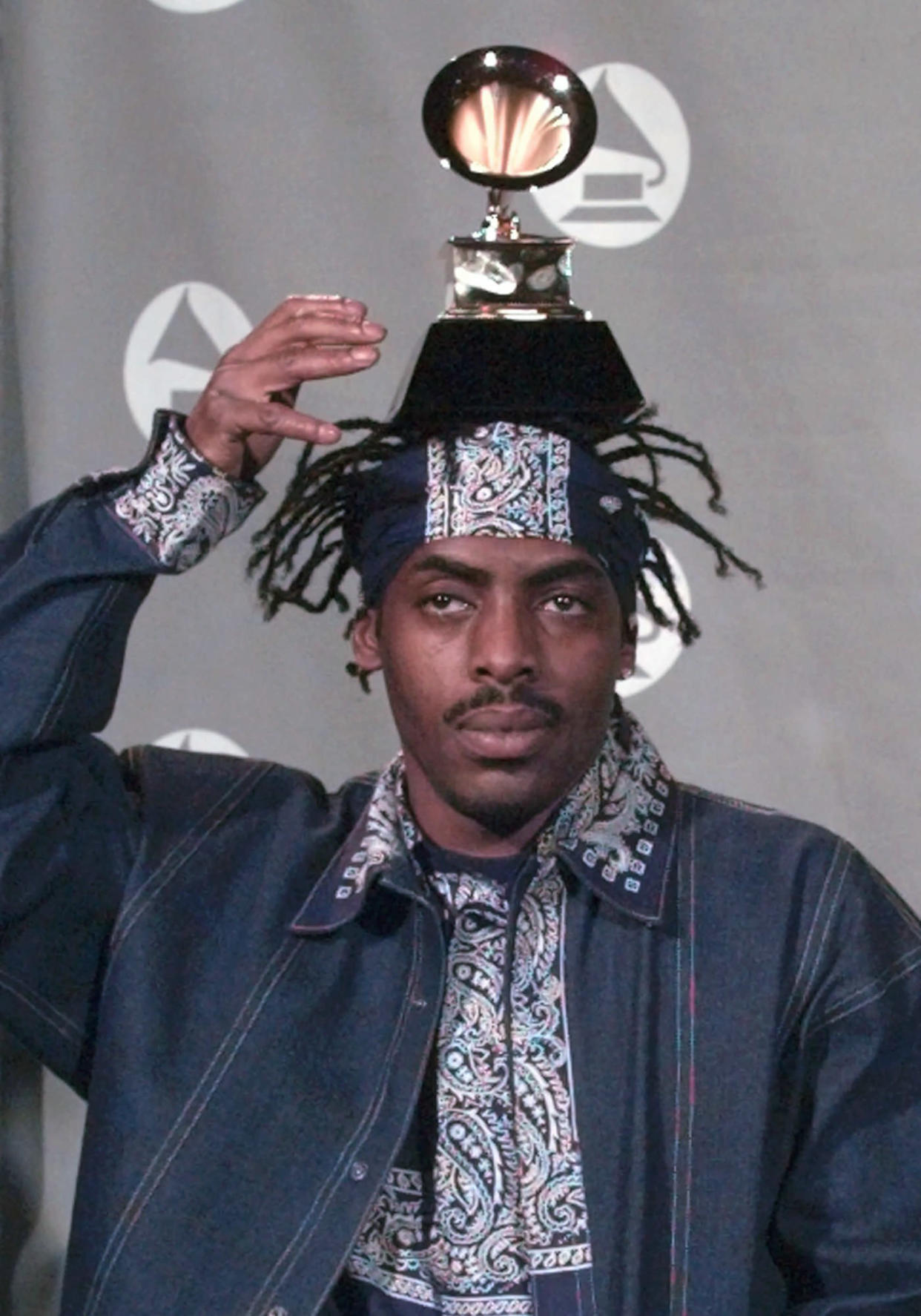 "Heartbroken to hear of the passing of the gifted artist @coolio," wrote Dangerous Minds star Michelle Pfeiffer, along side a clip of them in the "Gangstas Paradise" video. "A life cut entirely too short. As some of you may know I was lucky enough to work with him on Dangerous Minds in 1995. He won a Grammy for his brilliant song on the soundtrack – which I think was the reason our film saw so much success. I remember him being nothing but gracious. 30 years later I still get chills when I hear the song. Sending love and light to his family. Rest in Power, Artis Leon Ivey Jr."

"Weird Al" Yankovic, who had a spat with Coolio in the '90s over his parody "Amish Paradise" before the men worked it out, also remembered him with a photo of them hugging.

Ice Cube remembered Coolio's "grind to the top of the industry."

This is sad news. I witness first hand this man’s grind to the top of the industry. Rest In Peace @Cooliohttps://t.co/vCeyn08Vsi

Here are some more:

I’m freaking out I just heard my good friend Coolio passed away.

My deepest condolences and prayers go out to the family of @Coolio 🙏🏾 #rippic.twitter.com/vH68qVolRy

I am absolutely stunned. Coolio was a friend and one of the warmest, funniest people I’ve ever met. We spent an amazing time together making Red Water in Capetown and we loved going head to head in the kitchen. He was one of a kind. Epic,Legendary and I’ll miss him. #RIPCooliohttps://t.co/ew8WBCiUy4

My deepest condolences go out to the family, friends & fans on the loss of @Coolio. This photo from when we did @ABCNetwork#GreatestHits together. Awesome guy who will be missed. #Cooliopic.twitter.com/tBurdvSiuE

Coolio's "Gangsta's Paradise" was nominated for at the 1996 Grammys for Record of the Year as well as Best Rap Solo Performance, and he won the latter.

He is survived by his six children.