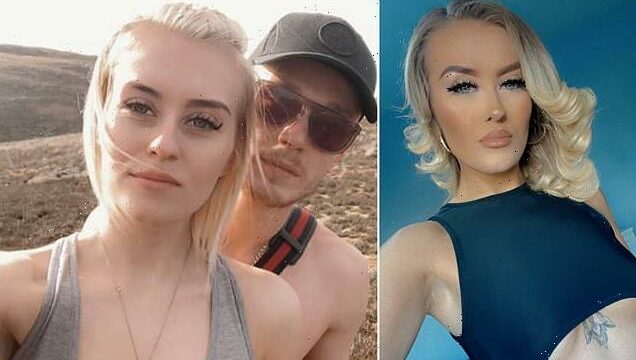 Controlling boyfriend, 28, who battered his partner, 23, and told her he wanted a ‘real woman who can give me a child’ after she revealed she had fertility issues avoids jail

A controlling boyfriend who subjected his partner to emotional and physical torment has avoided jail with a suspended sentence.

Joseph Whitehead, 28, belittled and battered Charlotte Arrowsmith, 23, during an abusive relationship lasted from August 2020 to the 8th of April 2022, Minshull Street Crown Court in Manchester heard.

In one incident he punched, kicked and dragged her along a pavement while calling her a ‘sket.’

Whitehead, from Stalybridge, Greater Manchester also isolated Miss Arrowsmith from her friends and family, and told her ‘I’m going to get myself a real woman who can actually give me a child’ after discovering she had fertility issues.

He was arrested on April 12 and was kept in custody. He admitted assault and denied stalking – but was convicted of stalking after a trial.

Whitehead, who had previous convictions for drugs offences and battery, was sentenced to nine months jail suspended for a year. 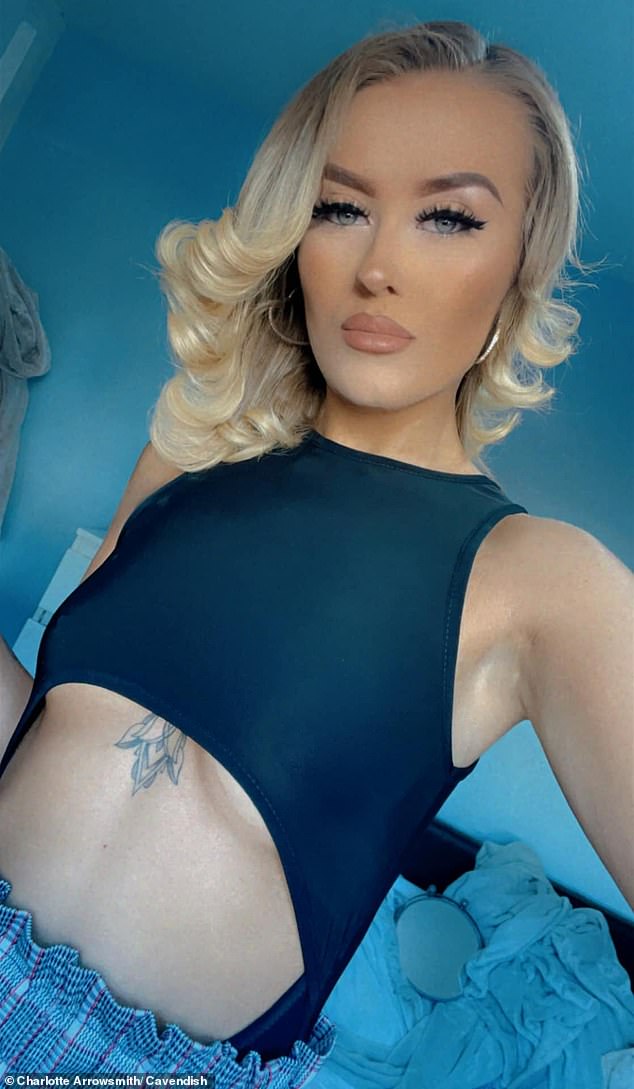 Miss Arrowsmith was punched, kicked and dragged her along a pavement while called a ‘sket’ 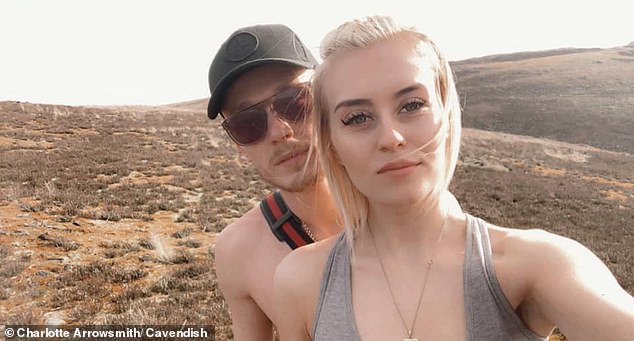 Joseph Whitehead told Charlotte Arrowsmith, who has fertility issues, ‘I’m going to get myself a real woman who can actually give me a child’ 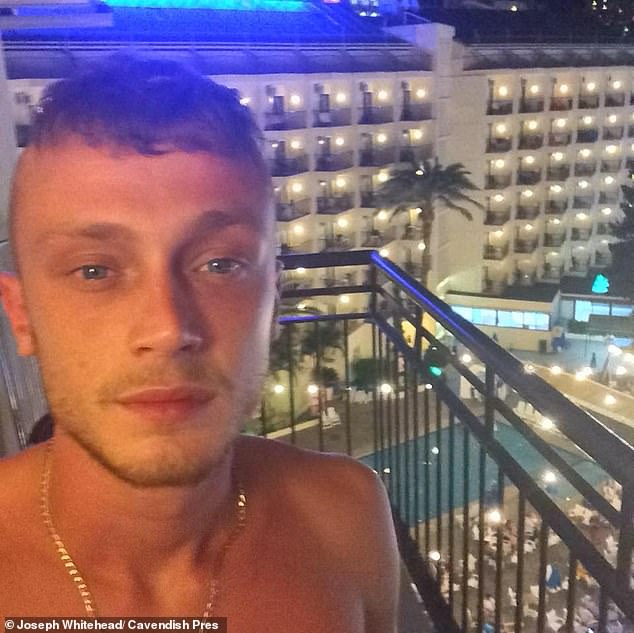 Whitehead, who had previous convictions for drugs offences and battery, was sentenced to nine months jail suspended for a year

He will also have to complete the Building Better Relationships programme, ten rehabilitation activity days and 100 hours of unpaid work.

He was further banned from contacting Miss Arrowsmith for five years under the terms of a restraining order.

The court heard that on April 8 at 9pm, Miss Arrowsmith was walking from her friends house to a pub in Stalybridge called the Whitehouse.

Keith Jones, prosecuting, said: ‘In the corner of her eye, she saw the defendant pass her in his car and then get out and walk towards her. He tried to put his arms around her, but she pushed him away and walked on with her friend.

‘After this she received a number of messages and voicemails from the defendant where he said he wanted to meet her and that he wanted to talk to her, he also made threats to her. After a while she decided to block his number, but he continued to try and contact her through an unknown number.

‘Later that evening the complainant and her friend went to the 80’s nightclub in Stalybridge. When she was standing outside the venue she saw the defendant’s car again, this time he was driving past with his friends in the car.

‘At 12:59 that night she unblocked the number and immediately received another text from the defendant, it stated that he had been stood watching her for three hours and knew about everything she had been doing. She said she ‘very creeped out by this disturbing message.’ 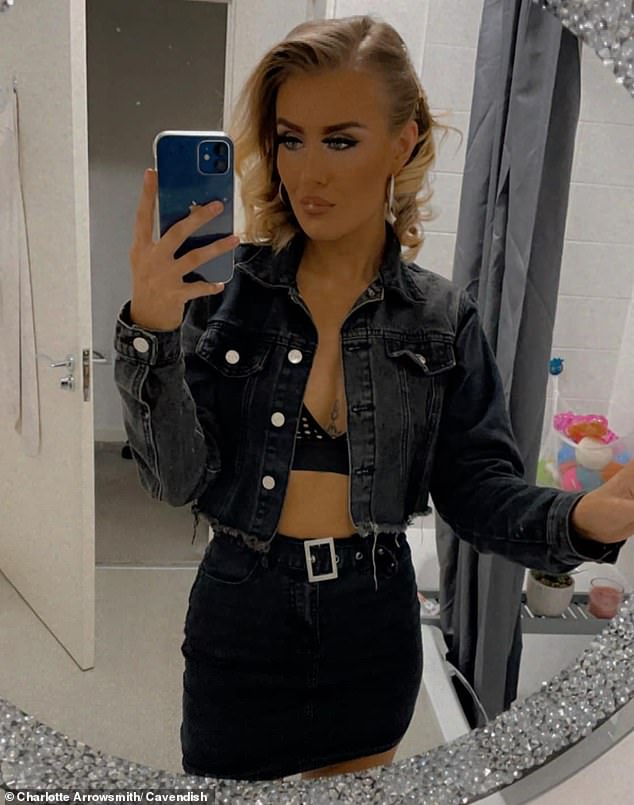 Miss Arrowsmith suffered minor scratches to her shoulder, cuts to her fingers and redness and grazes on her back after Whitehead dragged her along the pavement 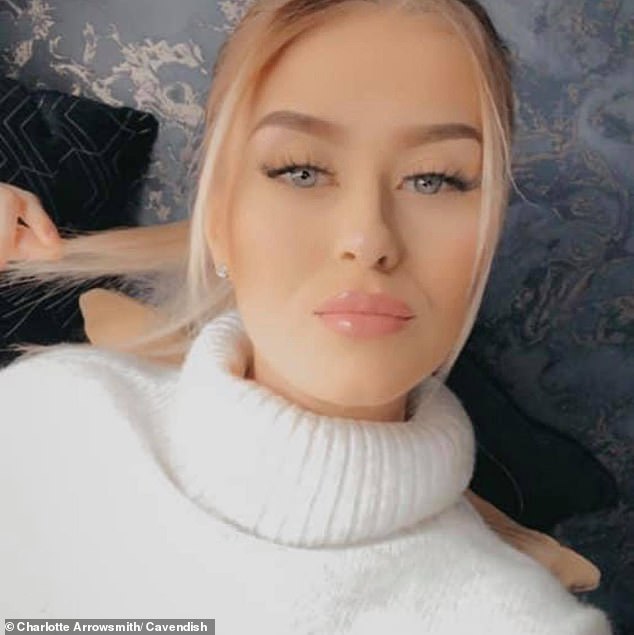 The court heard that if Miss Arrrowsmith went out with friends, Whitehead would call her ‘scruffy’ and call her names, which she said would destroy her self-confidence

The court heard that between April 8 and 9 Miss Arrowsmith received 48 calls from Whitehead, and then on April 10 at 12.40 she was walking from her grandparents house to her friends house in Stalybridge where she saw Whitehead’s car in the distance.

Mr Jones said: ‘She thought he was going to drive past her, but he stopped, parked the car and walked over to her with his fists clenched. He grabbed her and tried to take her phone. 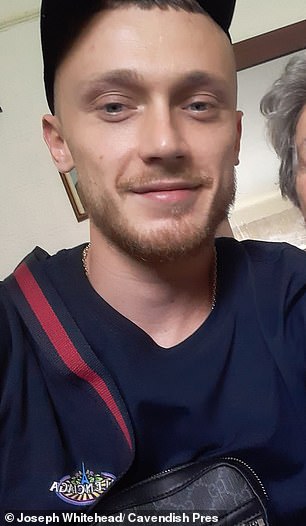 ‘When she resisted, he threw her onto the ground, he then proceeded to punch and kick her while she was rolled up on the floor. He then dragged the complainant along the pavement whilst he repeatedly called her a ‘sket’.

‘She managed to break free from the defendant’s grip and ran into a nearby garden where she saw a bystander. She screamed out to the bystander to call the police the defendant then fled the scene.’

Miss Arrowsmith suffered minor scratches to her shoulder, cuts to her fingers and redness and grazes on her back.

Mr Jones said: ‘The complainant described the relationship as being great at first saying the defendant swept her off her feet – but in December of last year she started to notice a change.

‘The defendant started to act controlling over her every action and asked why she was going out. He would try and convince her not to go out to see her friends and if she did, he would call her ‘scruffy’ and call her names, which she said would destroy her self-confidence.

‘He also tried to isolate her from her family. He would tell her that her family did not love her and in turn she started to see them less and less. The defendant would often apologise for his actions and the things he said but would then inevitably go on to repeat his behaviour.

‘One day when the defendant discovered that she could not give him children due to fertility issues she was experiencing he made a particularly horrible remark: ‘I’m going to get myself a real woman who can actually give me a child.’

Judge John Potter told Whitehead: ‘Your victim was in a relationship characterised by your dreadful behaviour towards her. ‘You harassed the victim, constantly putting her down, making her fear for her life with threats of violence and you waited around in areas you knew she would be.

‘This was all done in turn so that you could exert control over her. You also made one particularly unpleasant remark you made about her not being able to provide you with children. As the victim’s statement clearly lays out, the assault and harassment over the two years has had a considerable effect upon her.’