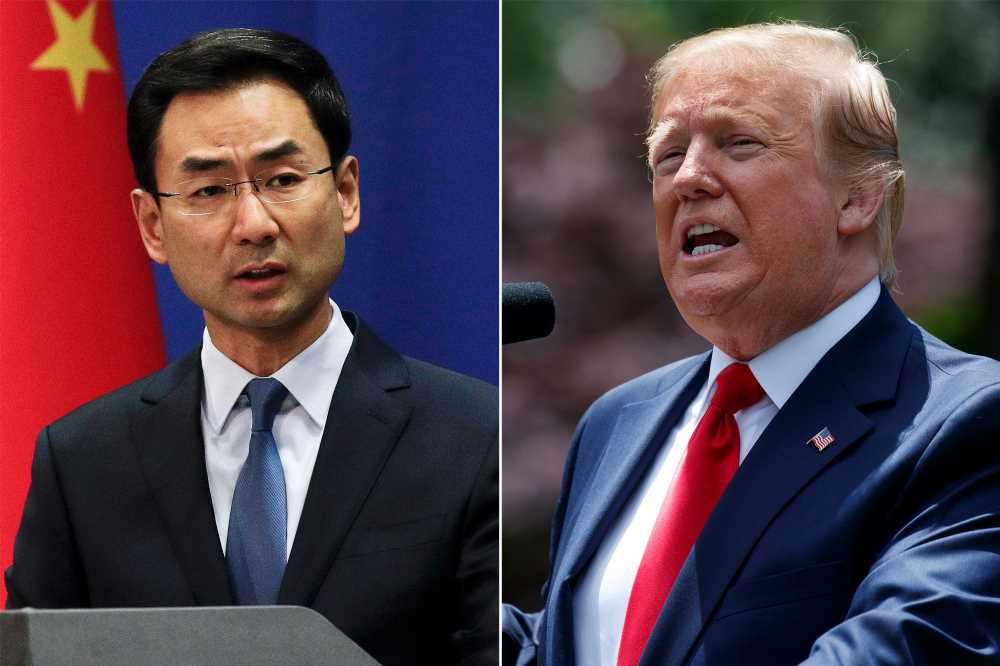 China played down tensions with the US after President Trump threatened in a tweet to impose a new round of tariffs on Chinese goods, and confirmed that Beijing’s top negotiator will attend high-level trade talks in Washington this week.​

​“Adding tariffs can’t resolve any problem,” ​​foreign ministry spokesman Geng Shuang​ said Tuesday​, according to Reuters. ​”Talks are by their nature a process of discussion. It’s normal for both sides to have differences. China won’t shun problems and is sincere about continuing talks​.​”

H​e also said Vice Premier Liu He will be among the delegation participating in the talks Thursday and Friday, but did not elaborate on what topics would be discussed.
​
​”We hope the US side can work hard with China, to meet each other halfway, and on the basis of mutual respect and equality, resolve each other’s reasonable concerns, and strive for a mutually beneficial, win-win agreement​,” ​Geng said.​

US Trade Representative Robert Lighthizer and Treasury Secretary Steven Mnuchin accused China of backtracking on commitments it made during negotiations between the two economic powers to end a trade war.

​”​Over the course of the last week or so we have seen … an erosion in commitments by China,​”​ Lighthizer ​said Monday. ​”​That, in our view, is unacceptable.​”​

​”​We’re not breaking off talks at this point. But for now … come Friday there will be tariffs in place​,” he added.

Mnuchin said “new information” over the weekend made it clear that China was backpedaling, but said the US hopes the sides can reach a deal this week.

​”​They were trying to go back on language that had been previously negotiated, very clear language, that had the potential of changing the deal dramatically,​”​ Mnuchin said.

Trump was reacting to the developments when he threatened Sunday to raise import taxes on $200 billion worth of Chinese goods to 25 percent from 10 percent this Friday.

He also proposed putting levies on another $325 billion worth of Chinese goods.

​”​The Trade Deal with China continues, but too slowly, as they attempt to renegotiate. No!​,” he wrote. ​

​He doubled down Monday, saying the US has been losing to China for years, but “Sorry, we’re not going to be doing that anymore!”​

The US and China have been engaged in a tit-for-tat tariff war since March 2018, when the Trump administration accused China of plundering US intellectual property.

Trump imposed the 10 percent tariffs on Chinese goods in September, while an increase set for January was postponed to allow negotiations to continue.