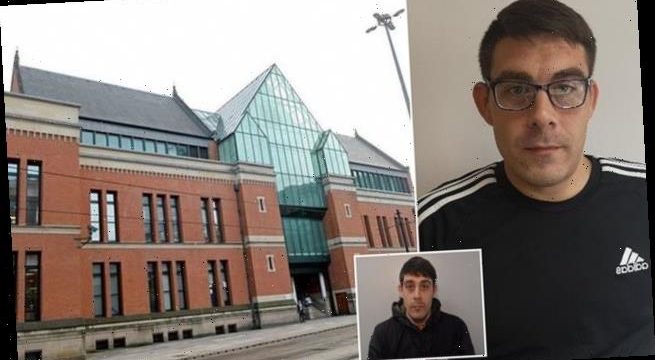 Chef, 33, who raped friend while she was sleeping on her sofa and later texted her to confess he was ‘proper out of order’ is jailed for seven years 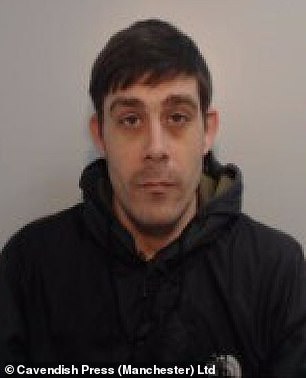 Chef Matthew Clare, 33, forced himself on his victim after she fell asleep

A man who raped his comatose friend whilst she lay on her sofa and then sent repeated texts confessing he was ‘proper out of order’ has been jailed for seven years.

Chef Matthew Clare, 33, forced himself on his victim after she fell asleep as they were drinking together at her home.

He left the property and his victim only realised she had been raped when she woke up naked from the waist down, a judge heard at Minshull Street Crown Court in Manchester.

When the victim texted Clare to demand an explanation, he sent several messages apologising for his behaviour saying: ‘Proper out of order, am really sorry, can’t help but mess up, sorry’.

The woman fired back: ‘You have no remorse at all. You raped me the other night and have the cheek to ring me. Please do not contact me,’ only for Clare to retort: ‘How many times can I say sorry, I do have remorse.’

During the angry exchange the distraught victim went on: ‘You really think saying sorry is good enough after what you did Saturday. This is my body and I should be able to choose who can touch me sexually or not.

‘Messed up? that’s you. Who on earth has sex with a comatose person, your head is f..ked up, not mine.’ She later contacted police and Clare was arrested.

Clare, of Edgeley near Stockport, Greater Manchester, was convicted of rape after a trial and was also ordered to sign the Sex Offender Register for life.

The assault occurred in September 2017 when Clare was visiting his victim’s home and they began drinking together.

Prosecutor Benjamin Lawrence told the trial: ‘It became late and she fell asleep on the sofa and when she woke up, she found he had removed her clothing from the waist down and he was no longer in the house. 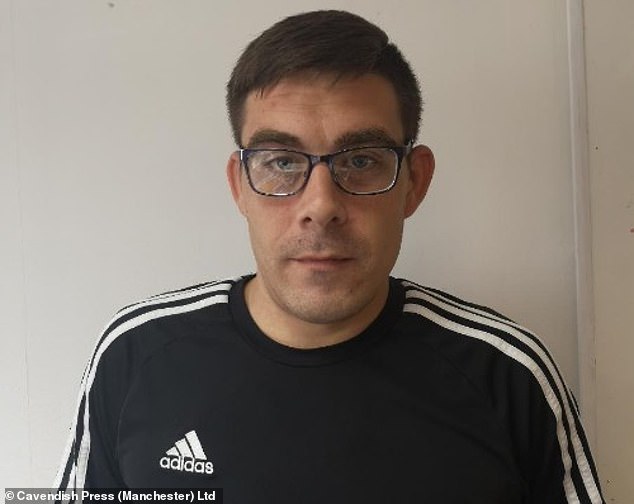 Clare (pictured), of Edgeley near Stockport, Greater Manchester, was convicted of rape after a trial and was also ordered to sign the Sex Offender Register for life

‘When she went to the toilet it was clear to her that he had had sex with her while she was asleep.

‘Because she hadn’t woken up during what the defendant had done, she decided to contact him to see what his explanation was. To begin with, he denied doing anything but eventually, he admitted that he had had sex with her while she was asleep.

‘Like many victims of rape, she did not report him to the police immediately. But later she turned up to work looking pale and exhausted and when her boss asked if she was OK, she burst into tears. She then told her boss what happened.’

In a statement the victim told police: ‘This has caused me sleepless nights and problems between myself and my partner in becoming intimate. 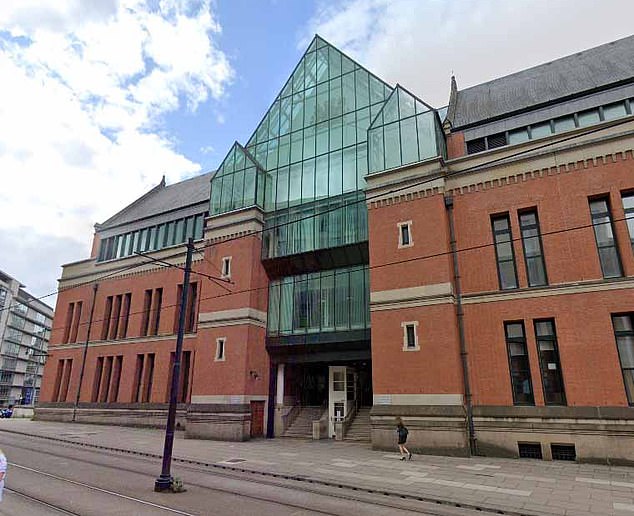 Clare left the property and his victim only realised she had been raped when she woke up naked from the waist down, a judge heard at Minshull Street Crown Court (pictured) in Manchester

‘At first I was anxious about proceeding and I felt a lot of guilt in the beginning but I have come to realise I was the victim and he had done this to me, and that it should be him not me who feels guilty about what he did to me.

‘The stress and anxiety this caused me was difficult to deal with. This case was initially listed for trial in March 2020 and during the lead up to that I felt nervous and scared.

‘It was then adjourned until almost a year later which led my anxiety to hang over me through that time. I am happy this ordeal is now over and that he has been found guilty. I want nothing to do with him ever again.

‘He has abused me in a way no one should have to go through.’

Sentencing Clare, the judge Mr Recorder Tom Gilbart said: ‘You felt entitled to take advantage of your victim when she was asleep in her own home. What you did demeaned her and reduced her to tears and shaking in front of her boss.

‘You should feel disgusted and utterly ashamed that you could do this to anyone. This was an awful offence.’