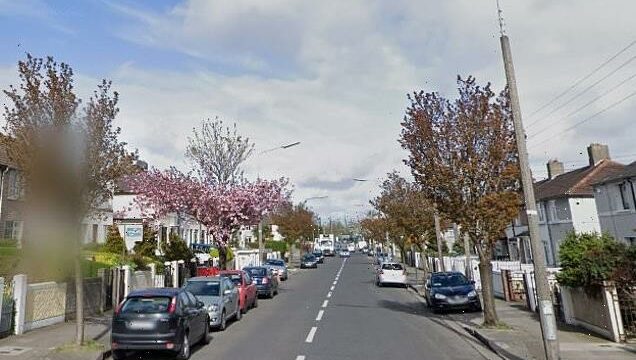 A couple whose nine-month-old baby was in the back seat when a thief stole their car were forced to flag down a learner driver in a desperate attempt to give chase, it has emerged today.

The terrifying incident unfolded Sunday around 7pm in Cabra, Dublin, when the thief leapt into the couple’s Skoda as the family were preparing to leave the house.

The pair, who are both in their 20s, had just strapped their nine-month-old and seven-year-old children into the back seat before momentarily stepping back inside the house, relatives told Independent.ie.

Moments later, the seven-year-old dashed back into the house when a stranger jumped into the car.

The panicked parents sprinted outside to find the man speeding off down the road with their baby still inside the vehicle.

At that moment, a learner driver was trundling down the road and the young couple frantically ran into the road and explained the situation.

They dove into the car and valiantly chased after the thief, but lost him when he ran a red light and disappeared into the distance.

Wracked with terror, the couple thought for a short while their worst fears had been realised until they discovered their baby had been left crying by the side of a nearby road. 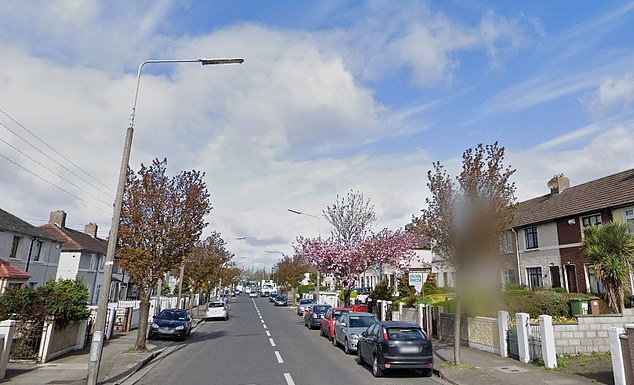 A family relative speaking to Independent.ie said the learner driver did their best to pursue the speeding thief, but explained his erratic and dangerous driving made it impossible to follow.

‘They didn’t know which way he went and it took a while to catch up with the car. He went through a red light somewhere and they eventually ended up in the Phoenix Park where the car sped up and went flying over the speed ramps,’ the unnamed relative said.

‘The learner driver couldn’t keep up… [the parents] were terrified for their baby and thought it was still in the car.

‘But then the young mother got a phone call to say the baby had been found [on a nearby road] opposite a group of shops.’ 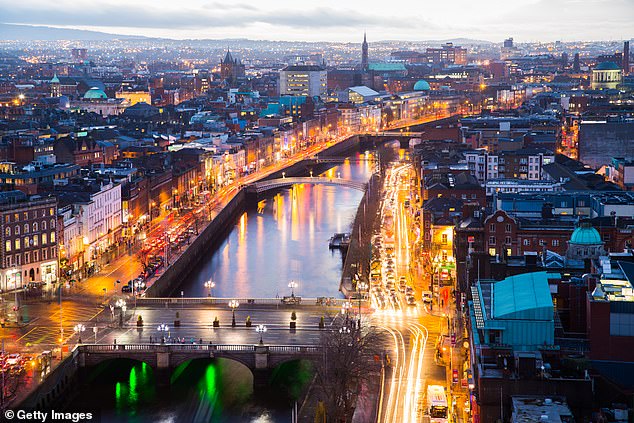 The terrifying incident unfolded Sunday evening in Cabra, Dublin, when the thief leapt into the couple’s Skoda as the family were preparing to leave the house (Dublin city centre pictured)

A resident on the road where the baby was found spoke of the moment the thief realised he had unwittingly kidnapped a baby and pulled over to offload it.

‘The man just got out and took the infant from the back of the car and just left it down on the path and sped away.

‘[Onlookers] couldn’t believe what happened and ran to the child to mind it.’

The baby was fortunately unharmed in the ordeal, but the car has still not been recovered and no arrests have been made in connection with the crime.

The incident is being investigated by detectives at Mountjoy garda station in Dublin.