Victoria’s education regulator is considering an extraordinary proposal to open a private school in Kilmore on the site of the failed Colmont School, which collapsed earlier this year on the brink of insolvency.

The plan to revive the former Kilmore International School next year is being led by businessman Ayub Khan, along with several parents and former teachers who were cut adrift when the school suddenly failed in July. 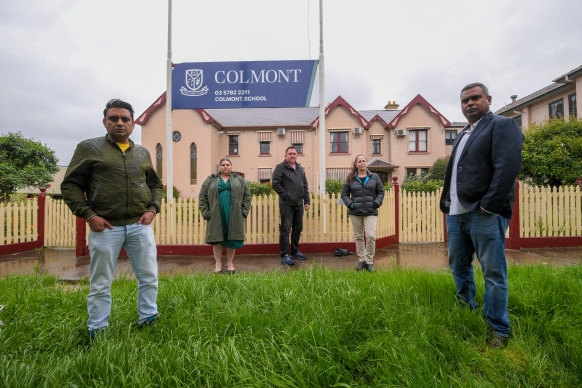 The names of more than 150 students interested in enrolling have been submitted by the school’s backers, along with 32 of its former teaching staff. Khan pitched his vision to revive the school to an estimated 200 people in Kilmore earlier this month.

But the success of the pitch hinges on the Victorian Registrations and Qualifications Authority, which is considering an appeal to fast-track the approval process in time for the school to open for term one 2023. 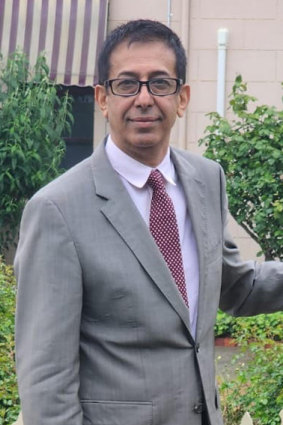 Ayub Khan is leading a last-ditch proposal to reopen the Kilmore International School.

The school’s backers missed the annual deadline to submit an application to open a non-government school, which is required by June of the preceding year.

Khan, who met with the chief executive of the regulator on Friday to plead his case, has centred his appeal on the hardship suffered by the families and staff of the former school, which closed with just two days’ notice.

The regulator has the power to expedite a school’s registration, as long as the school can verify it is compliant with minimum standards.

The authority has given no sign it is inclined to fast-track the application.

“Any application for a new school goes through a thorough and in-depth process to ensure that it would be compliant with minimum standards contained with the Education and Training Reform Regulations,” a spokesman said.

The proposed school would take enrolments by select entry, with admission based on academic ability. All students would study the International Baccalaureate, from early primary years through to year 12.

Khan has assembled a nine-member board and said he would run the school as a not-for-profit venture, targeting academically gifted children.

“If you have a select-entry school then your management of kids becomes a lot easier,” he said. “If you have a school where you have got kids with some challenges, then you have got to have a lot more staff. And then also obviously that impacts your results.”

More than 350 students attended the former Colmont School, all of whom had to find new schools when it suddenly closed.

If you have a select-entry school then your management of kids becomes a lot easier.

“The amount of stress he had to go through at such a young age due to the sudden closure of the school is beyond my imagination,” he said.

When Colmont collapsed, she enrolled her daughter, who was halfway through year 12, at Carey Baptist Grammar in Kew – 67 kilometres from their Kilmore home – because it was one of a handful of Melbourne schools that also offer the International Baccalaureate. Daniells said her husband stopped working so he could drive their daughter to and from school.

Daniells said the case to reopen an IB school in Kilmore next year was strong.

“It’s a really unique situation because although it’s a new registration, everything required to open was already there,” she said.

“So yes, [registration] does normally take longer, but in terms of this situation, we’re not starting from scratch. We’ve got established staff that know the IB, we’ve got the curriculum, we’ve got the grounds. Everything that you need is already there, ready to go.”

Daniells said she had no doubt the school would return, even if it did not happen next year.

“It will open. Timing is the key question here. It’s not an if, it’s a when.”

Khan began to make his move to take ownership of the former Kilmore International School within days of its closure, asking parents to sack the voluntary administrators at a creditors’ meeting in early August because they would not agree to his proposal.

The school had just $1.2 million in finance – enough reserves to continue to operate at full capacity for just two more weeks – when the decision was made on July 27 to close it down.

The school site is owned by company Skywriters Pty Ltd, which also owns the rights to the name Kilmore International School. A dispute over the naming rights, believed to be worth $500,000 a year, led to its sudden name change to Colmont School in April.

Locke Wang, a spokesman for Skywriters, said the landlord fully supported reopening the school, and was considering offering two years’ rent relief to help its re-establishment.