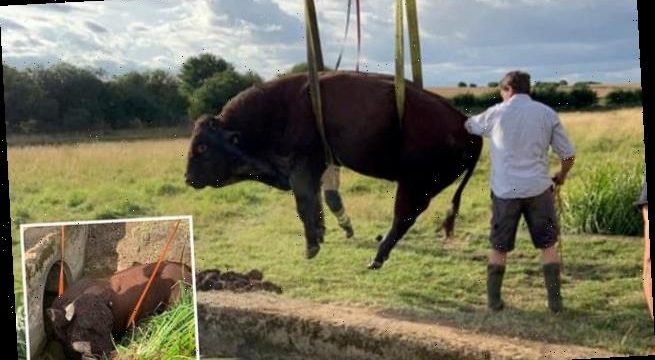 What a load of bull! One tonne bovine is lifted out of a hole on a winch by firefighters after it got stuck next to a bridge

Fire crews launched a heavy-duty rescue effort to free this massive one tonne bull which had been stuck next to a little bridge for more than a day.

The whopping 1,000 kilo animal was stuck in a ditch in Hatfield Broad Oak, Uttlesford, Essex.

Crews from Great Dunmow in Essex and Chelmsford Fire Station and a specialist Animal Rescue Unit were called in. 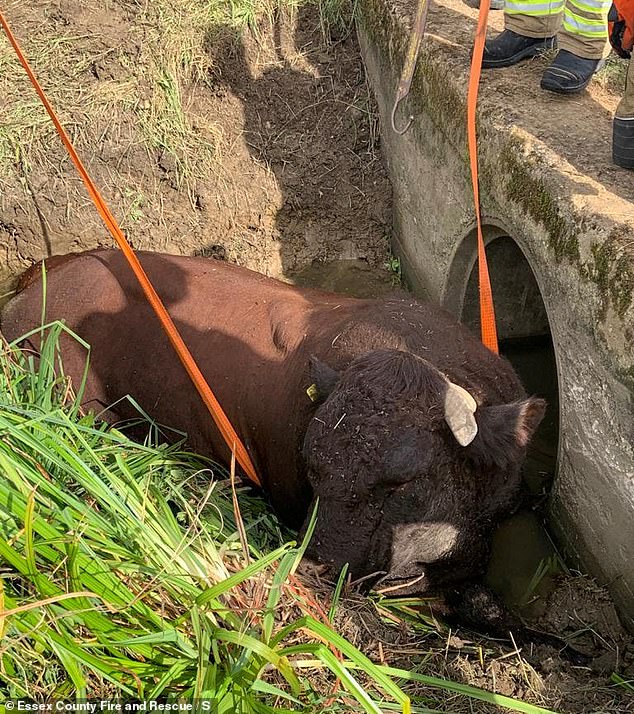 The one tonne bull was stuck in a ditch next to a little bridge in Hatfield Broad Oak, Essex, for more than a day before the rescue

The bull had to be sedated by a vet before fire crews could hoist it to safety.

The fire crews had to use specialist equipment on the Animal Rescue Unit to hoist the bull out of the ditch.

And the rescue was no mean feat, with the bull weighing 1000kg, roughly the weight of England Rugby Union’s entire scrum unit.

Watch manager Gary Wain, from Great Dunmow Fire Station, said: ‘The bull had apparently been stuck for over a day before we were called.

‘It was clear he wasn’t going to be able to get himself out as he was stuck right next to a small bridge.

‘Thankfully the bull seemed fine once we got him out – and started happily eating the grass even before the crews had got all the straps off him.’ 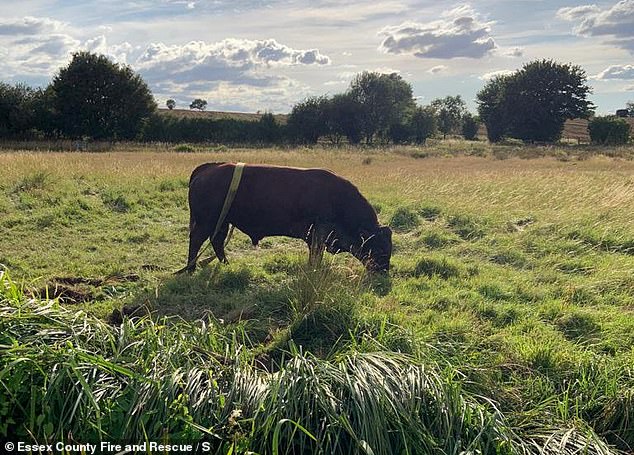