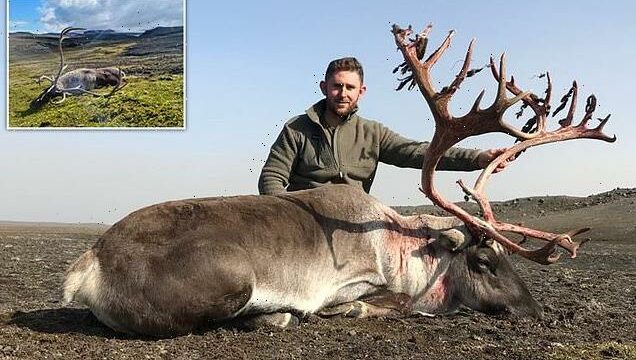 Bloodthirsty British hunters have been killing reindeer on a pre-Christmas shooting trip to Iceland.

The £2,000 ‘Icelandic Safari’ was organised by Ian Farrington, a deer stalker from Devon.

He posted gruesome pictures online of slaughtered reindeer and boasted on a forum for hunters: ‘We have returned from another trip to Iceland with 100 per cent success – all hunters taking reindeer bulls on the first day of their hunt.’ 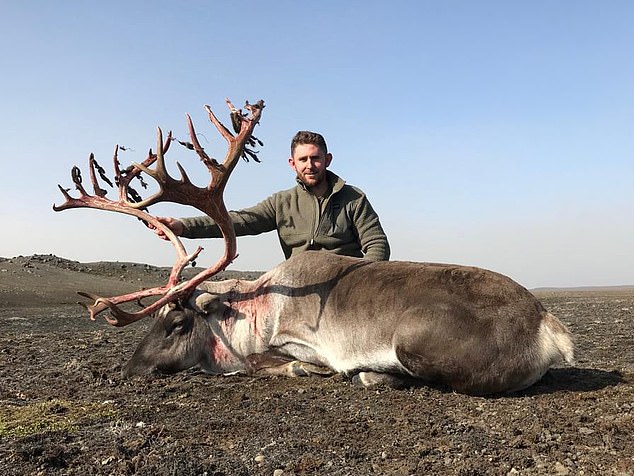 Mr Farrington, 59, said that last month’s trip ‘brings our results to 12 hunts conducted, with all of the hunters taking their beast during day one’.

Pictures from a previous hunt last year showed the dead bodies of reindeer bulls with antlers slumped on the ground after being shot by British hunters.

Another picture showed at least three dead reindeer strapped to the back of a bloodstained all-terrain vehicle after a hunt on the rocky plains of Iceland’s Eastern Fjords.

Critics say reindeer hunting is cruel blood sport, but its supporters claim it is essential to keep their numbers down. The Icelandic government permits an annual cull of 1,800 reindeer.

He is well-known in trophy-hunting circles, and has organised hunting all over the world through his firm Farrington Deer Services. 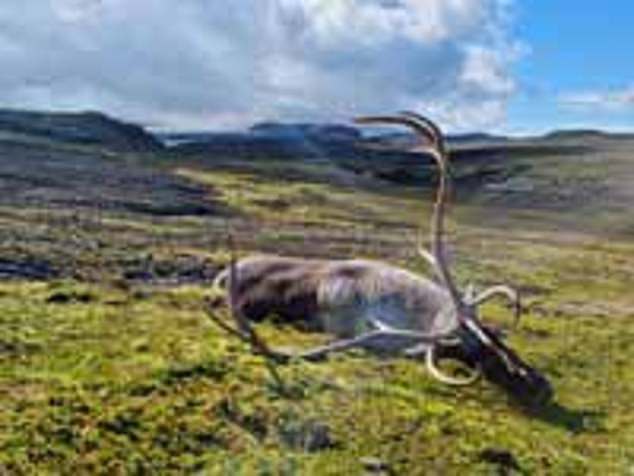 A slaughtered reindeer from a hunt in Iceland last month. British hunters have been killing reindeer on a pre-Christmas shooting trip

Its website advertises African safari hunts ‘for the ultimate in game variety and terrain’ as well as trips to Scandinavia, Italy, Japan and the US and Canada.

The British Government recently announced new legislation to ban hunters from bringing back trophies of their kills.

This is set to include reindeer trophies – much to Mr Farrington’s disdain.

On the Stalking Directory forum, he wrote: ‘The latest bill from our gracious.gov [government] is suggesting that the import of reindeer trophies will be banned – a concern if you wish to bring back trophies to the UK.’

Eduardo Goncalves, founder of the Campaign to Ban Trophy Hunting, said: ‘Ian Farrington is quite literally making a killing by selling stomach-churning holidays where you can shoot reindeer for “sport”, a smug selfie, and a sick souvenir.

‘Reindeer are increasingly endangered. Scientists say hunting is one of the threats driving reindeer towards extinction.’

Approached by The Mail on Sunday, Mr Farrington said: ‘I would prefer not to discuss.’