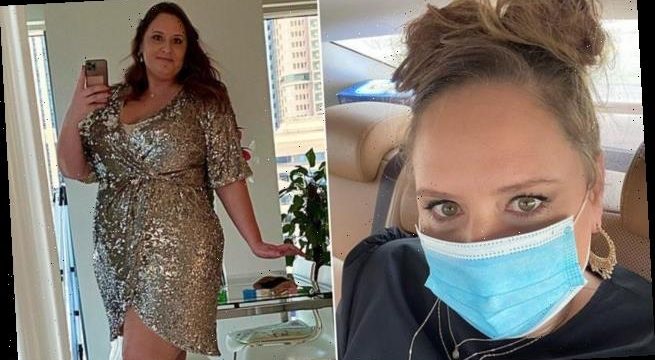 EXCLUSIVE: British body positive blogger living in Dubai blasts ‘idiot’ lockdown-flouting reality stars for holidaying there after pubs and restaurants are shut for all of February

A Dubai expat has hit out at the ‘idiot’ influencers whose flouting of the UK lockdown and anti-Covid measures has been blamed for a tightening of restrictions imposed today by the emirate’s government.

Pubs and bars have now been closed for the whole of February and restaurants and hotels will have to severely restrict the numbers of guests they can accommodate at any one time.

The ‘body positive’ blogger known as ‘Sapphire’ issued a heartfelt plea to the droves of reality stars and influencers who have beaten a path for Dubai to escape the UK lockdown to ‘stay away, unless you can follow the rules’.

She pointed out that last year’s lockdown in Dubai was far more stringent than the British version, with people – often living in apartments with no outside space – only allowed to leave home once every three days to buy groceries, which required a government permit. 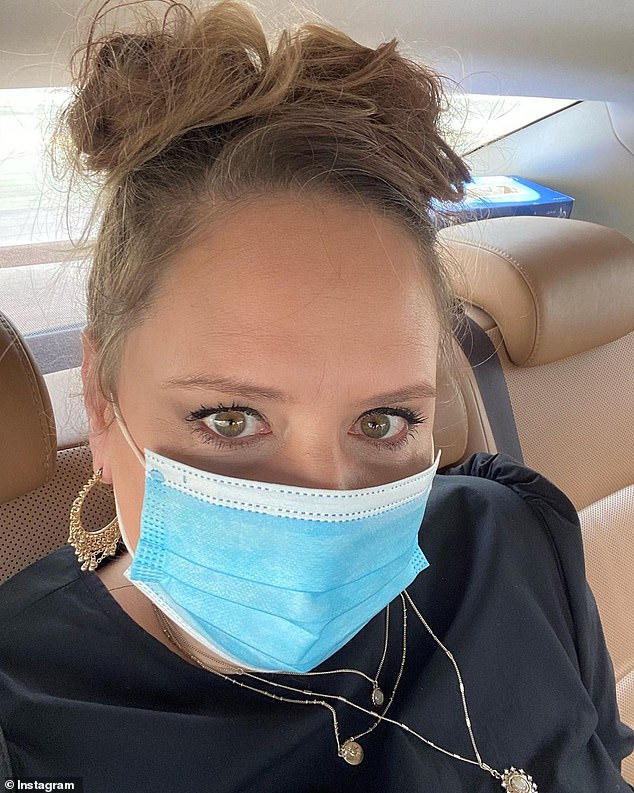 The blogger, known as ‘Sapphire’ (pictured above), issued a heartfelt plea to the droves of reality stars and influencers who have beaten a path for Dubai to escape the UK lockdown 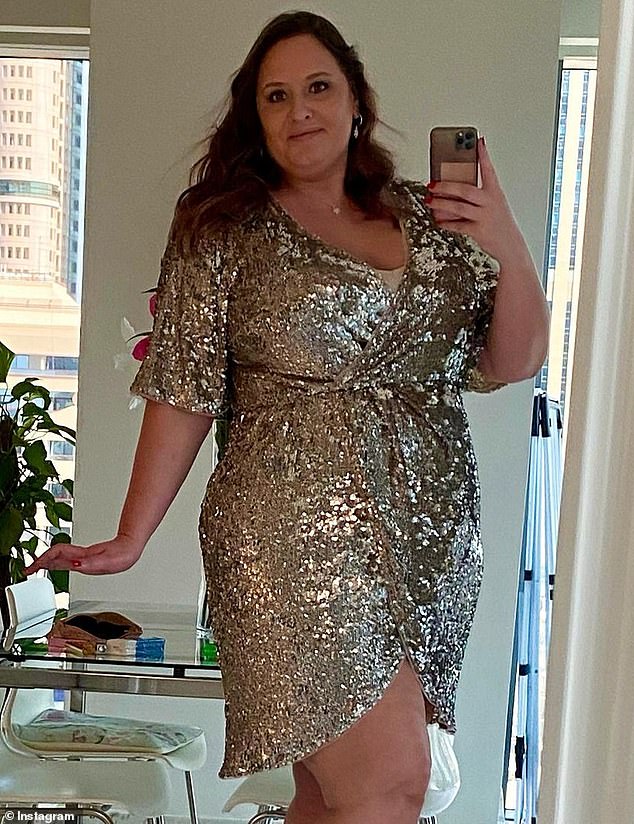 She pointed out that last year’s lockdown in Dubai was far more stringent than the British version, with people only allowed to leave home once every three days to buy groceries

She wrote on her Instagram account @lovingmycurvyself: ‘That is why Dubai recovered so quickly. We all happily went along with the restrictions that they feel will help us the most.

‘Even today which sees a new set of rules on social distancing announced by the Government of Dubai, we are going to comply with no objections.’

But she added: ‘What makes the majority of Dubai residents I have spoken with angry is that our city and our health is being compromised by people who come here for a sunshine break and think the rules shouldn’t apply to them. THEY DO!

‘The rules apply to all of us. If you can’t follow the rules then do not come. We are so happy to see the UAE’s economy growing again because tourism was allowed.

‘But now that’s been ruined by a small group of idiot tourists and influencers who blatantly disregard the measures put into place by our government as they feel they are more important than anyone else.’

One British restaurateur in Dubai’s marina district backed up the blogger’s comments, telling MailOnline: ‘We are now going to have to reduce the numbers at any one sitting by around half, so that’s another blow to our takings.

‘Of course it’s not just the influencers, but they certainly haven’t helped matters by flaunting their behaviour, such as partying and failing to wear masks, which is a bad example for Dubai, and just makes people back in the UK angry.’

Over the last week, MailOnline has revealed a string of British influencers topping up their tans in Dubai – not always telling their followers they’d even left the UK, including make-up queen Lottie Tomlinson, her boyfriend Lewis Button and former TOWIE star Mario Falcone. 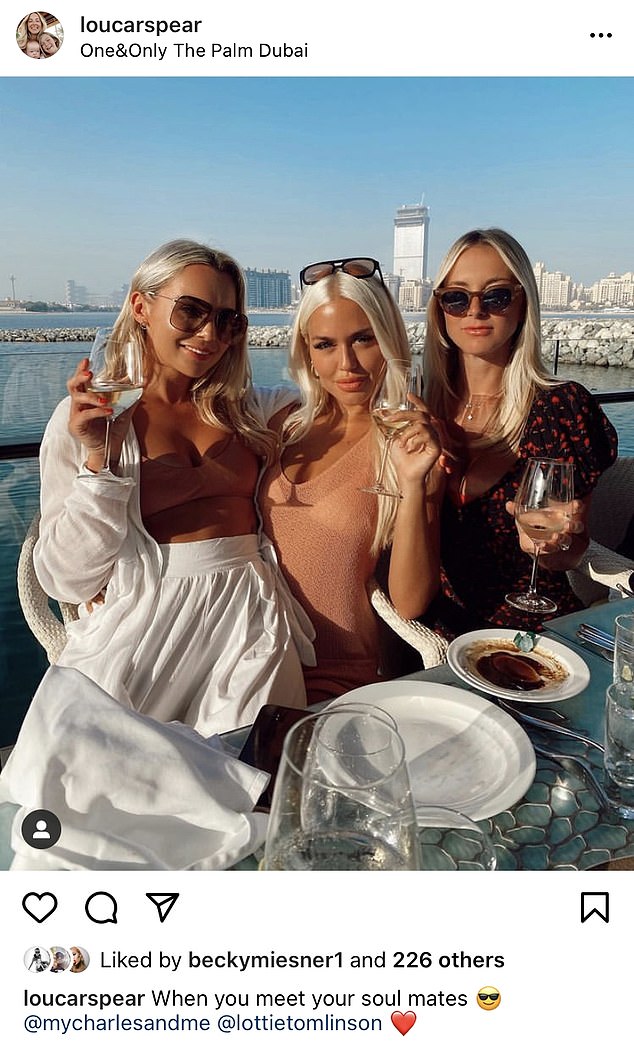 Lottie Tomlinson pictured posing with her two friends and a glass of wine, with the trio tagged in at upmarket hotel One&Only, The Palm Dubai 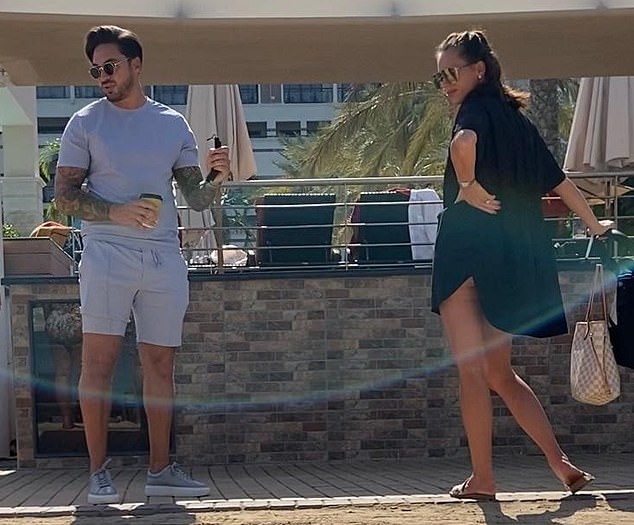 Mario Falcone was recently caught living it up in Dubai during Britain’s lockdown while posting old photos online, giving the impression he was still in the UK 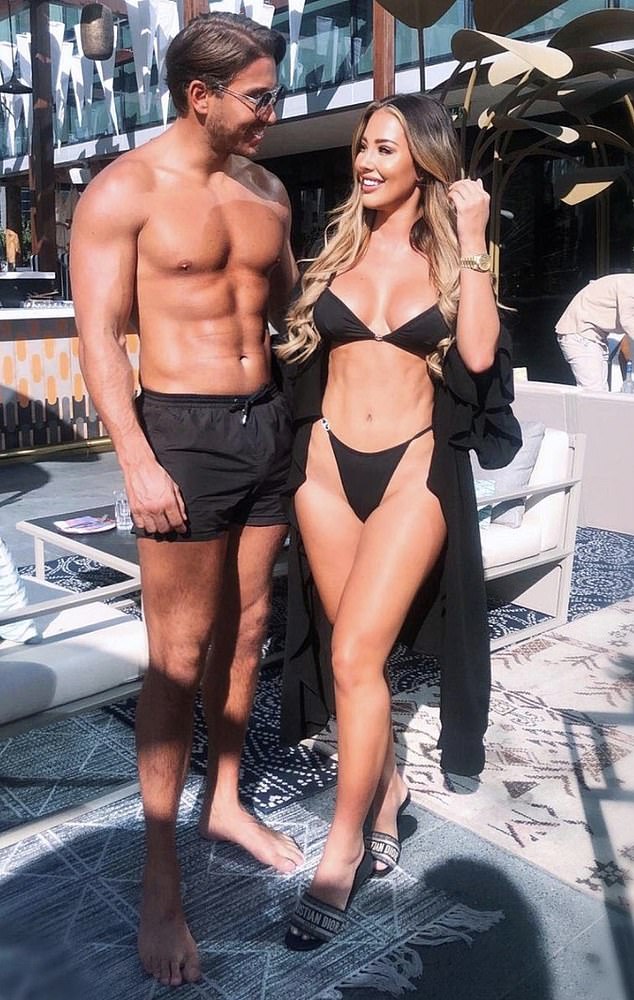 The news has come as the UK remained in national lockdown, with the government enforcing rules to stay at home to limit the spread of coronavirus.

Under strict law, UK citizens are only advised to leave home for essential reasons, such as exercising with someone from your household.

Ministers have stepped up their war against illegal foreign holidays with a new ad campaign telling Britons not to travel – as influencers continued to live it up in Dubai.

The Foreign, Commonwealth and Development Office have launched adverts warning ‘going on holiday is currently illegal’ amid a clampdown on illicit trips.