BRITAIN would have “no choice” but to block vaccine ingredient exports to the continent if the EU triggers a full blown jab ban, The Sun can reveal.

It came as ministers vowed the UK is still on course to hit vaccine targets and Downing Street is currently confident there will be no backsliding on the road map to freedom – despite the growing war of words with Brussels. 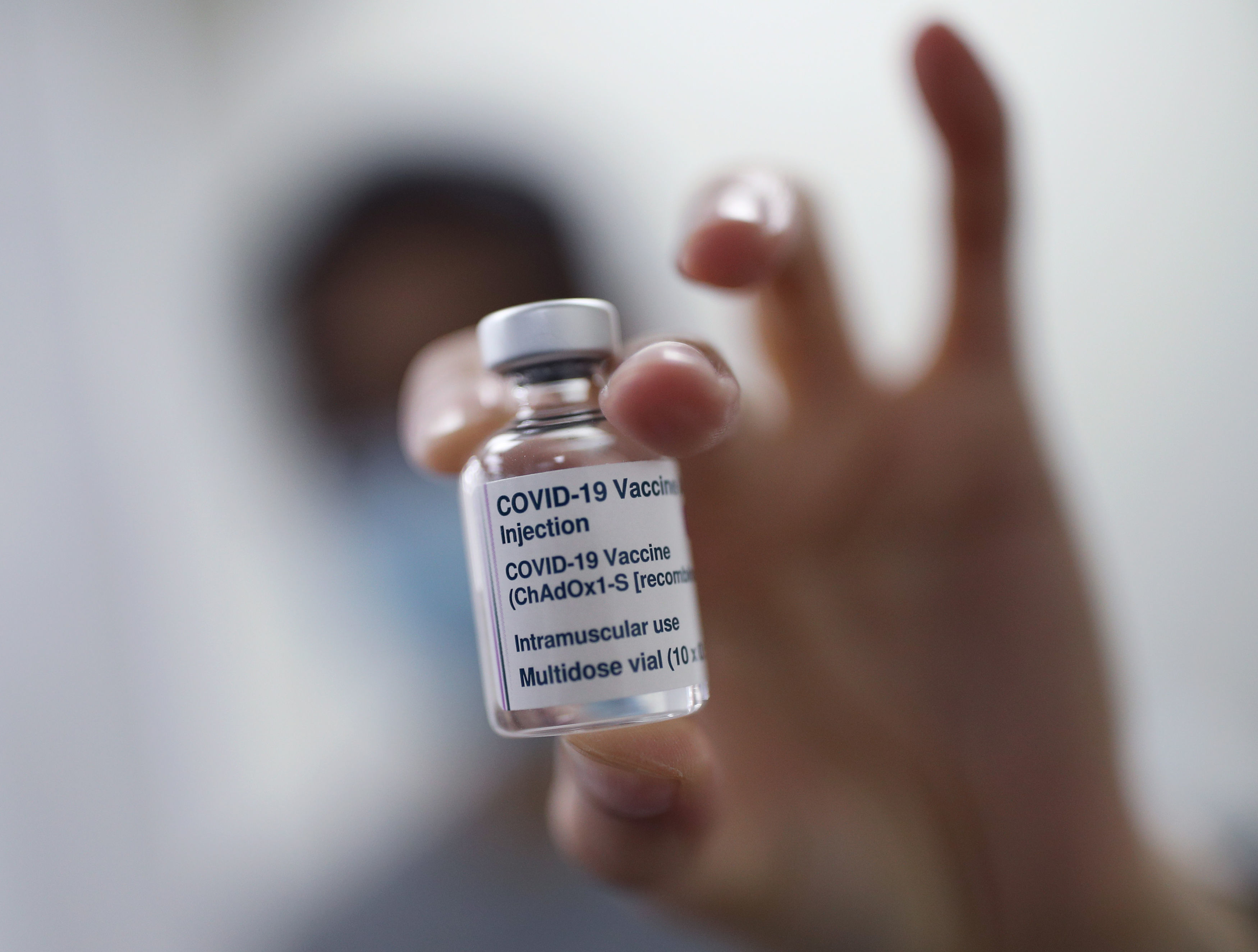 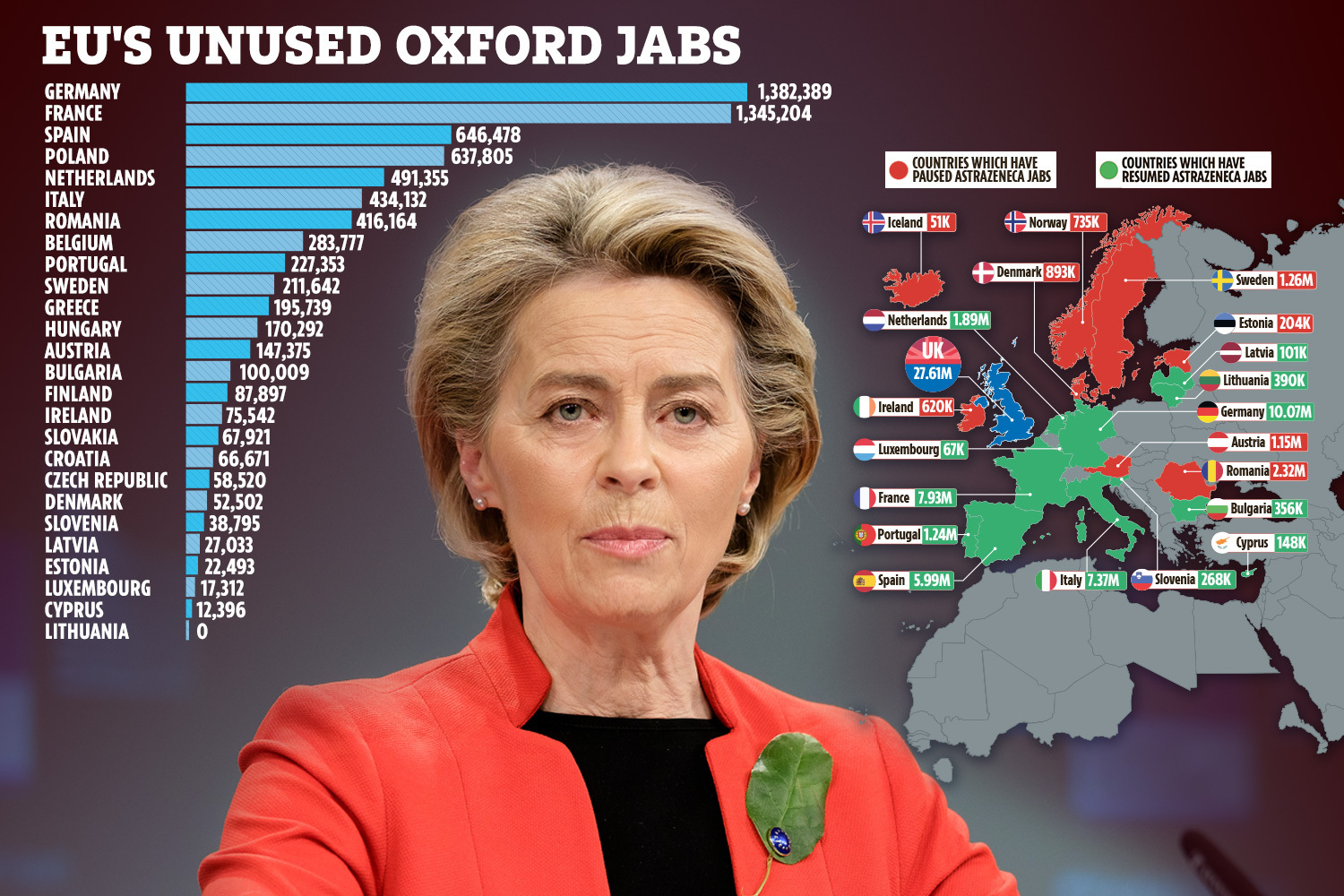 But privately ministers warn Britain will have to retaliate if the EU blocks imports from the continent coming here.

One senior member of the government told The Sun today “politically and morally it's a no brainer” adding that “the British public would not put up” with anything else.

Boris Johnson is expected to call for calm later today, after EU figures warned Thursday’s crunch meeting of European leaders is likely to conclude restrictions must be put on exports to the UK.

The PM is attempting to drive a wedge between friendly countries and the increasingly hysterical threats from Brussels who say they will cut off both jabs AND supplies from leaving the bloc.

The Cabinet minister warned them that such a move would "cut their nose off to spite their face" and their reputation around the world would be completely trashed.

Just 10 per cent of people across the EU have had a vaccine dose so far, compared with more than half of British adults.

EU leaders will host a crunch summit on Thursday to decide whether to take draconian action to stop vaccines getting to the UK. 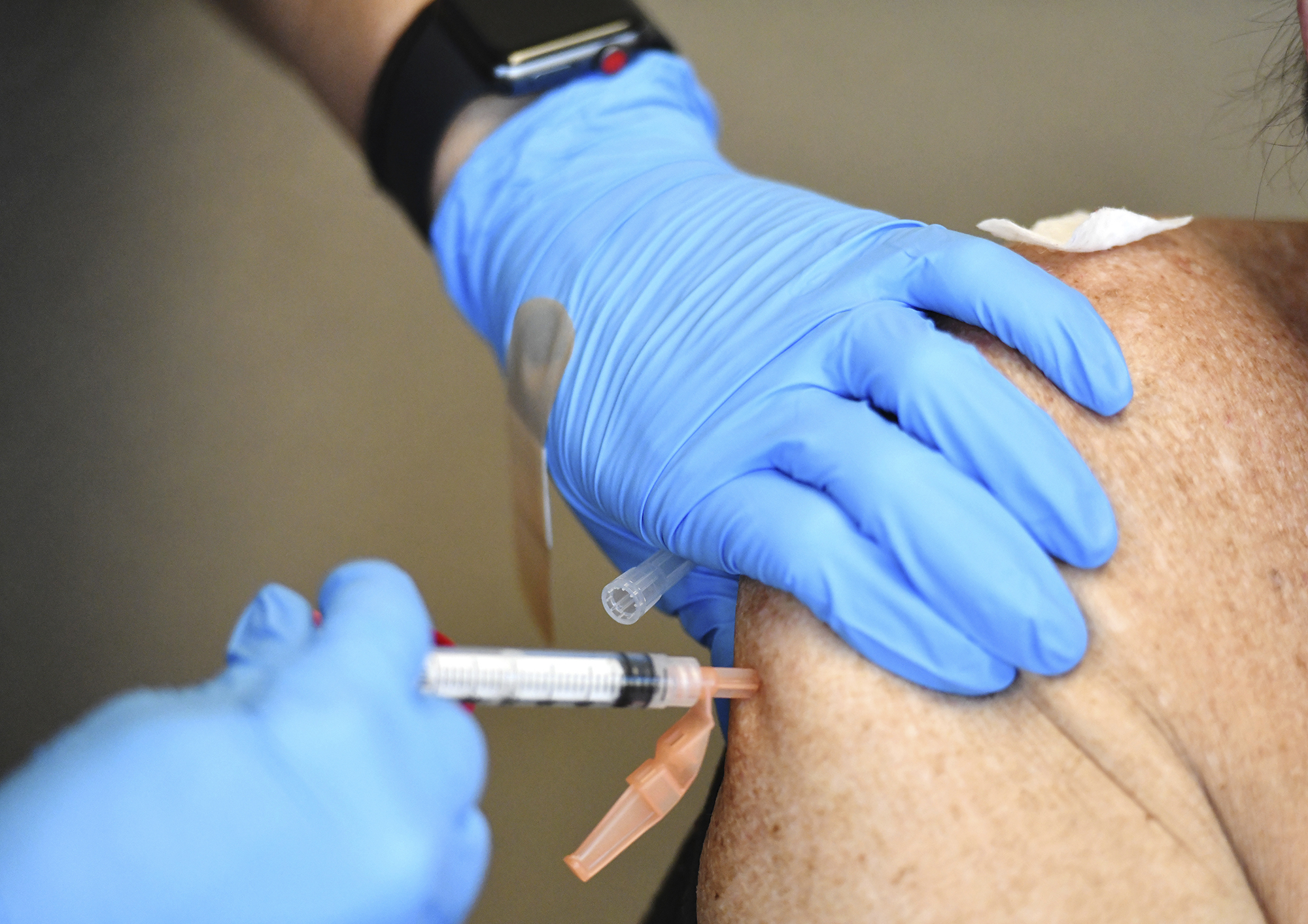 It has accused AstraZeneca of failing to fulfill its contract to supply them with doses – and last night upped the anti by threatening to block specific jabs from the Netherlands.

Yesterday Ireland's commissioner Mairead McGuinness stressed that all options were being considered.

She told the BBC: "Both the EU and the UK have contracts with AstraZeneca and my understanding is the company is supplying the UK but not the European Union.

"We are supplying the UK with other vaccines, so I think this is just about openness and transparency."

But Defence Secretary Ben Wallace told leaders to EU to start acting like grown ups – and warned that their international reputation would be trashed if they followed through on their threats.

He hit back: "The grown-up thing would be for the European Commission and some of the European leaders to not indulge in rhetoric but to recognise the obligations that we all have.

"We will all hold each other to our contracts. Making a vaccine is like baking a cake. We all have different ingredients and the European Commission will know that.

"They will know you wouldn't want to cut off your nose to spite your face."

He said the EU would suffer "severe reputational" damage if it tried interfering with vaccine exports and warned: "the world is watching".He also warned the manufacture of the Pfizer vaccine depended on supplies from the UK.

Mr Wallace went on: "If contracts and undertakings get broken, that is a very damaging thing to happen for a trading bloc which prides itself on the rule of law."

Last week EU states across the bloc paused the rollout of the AstraZeneca jab over fears over blood clots – only to swiftly u-turn and said it was safe.

Jeremy Brown of the Joint Committee for Vaccinations said the decision was a "strategic error" that will have cost them lives.

He said: "The vaccine programme is pushed back.

"At this point in time, they are having a flood with infection so actually it does represent a delay in the vaccine programme, just when they needed the most."

Oxford University's Sir John Bell lashed out at Brussels' "hopeless" response to a surge in cases and said the continent had "no idea what's going on".

The professor of medicine said yesterday: "They're hopeless. Completely hopeless. It's really not going well in Europe."

If the EU did press ahead with plans for a vaccine export ban, it could set Britain's rollout back by up to two months, fresh analysis from Airfinity revealed – which would put the PM's target to jab every UK adult by July at risk.

Meanwhile, polling out today from YouGov showed confidence in the AstraZeneca vaccine’s perceived safety has dropped hugely in the last two weeks in Spain, Germany, France and Italy.

More people now think the jab is unsafe rather than safe, despite the EMA saying there was no increased risk of slots.

55 per cent of Germans polled now think it's unsafe, up 15 percentage points from last month, and 52 per cent say the same in Spain.

Thankfully the row has had a far smaller effect among Brits, with 77 per cent of people still thinking it's safe, slightly down from before.

Matt Smith, Lead Data Journalist at YouGov, said last night: "After concerns about its protection and potency were raised by leaders across Europe, the Oxford/AstraZeneca vaccine has undoubtedly suffered damage to its reputation for safety on the continent.

"With a third wave of infections potentially emerging now across the Channel, officials everywhere will be worried if ongoing rows about AstraZeneca’s vaccine ends up damaging the rollout."