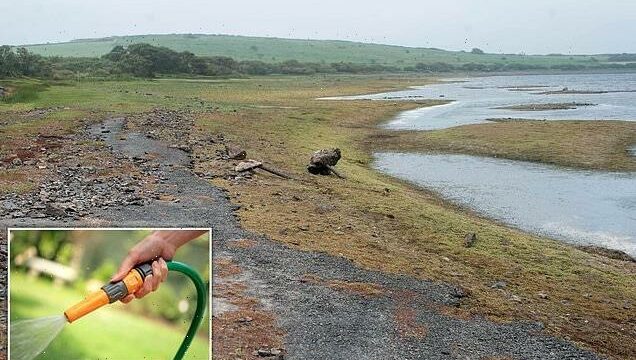 Britain on the brink of hosepipe ban for the first time in 10 YEARS following spike in demand in 40.3C heatwave

A hosepipe ban could soon be introduced for the first time in 10 years in Britain following spike in demand during the 40.3C heatwave.

Southern Water has warned water levels in the River Test in Hampshire – a vital source for the area – are well below what is normal for this time of year as record temperatures are seen in the UK after a dry winter and spring.

To cope, it has applied to the Environment Agency for a drought permit and if granted one will potentially impose a hosepipe ban on an estimated 300,000 homes in Southampton and the Isle of Wight which would hit around 700,000 people.

The company said water flows in Hampshire fell from 2,500million litres a day in March to 500million now as it’s claimed by the Sun other suppliers in the UK are looking at also introducing hosepipe bans after low water levels were seen elsewhere. 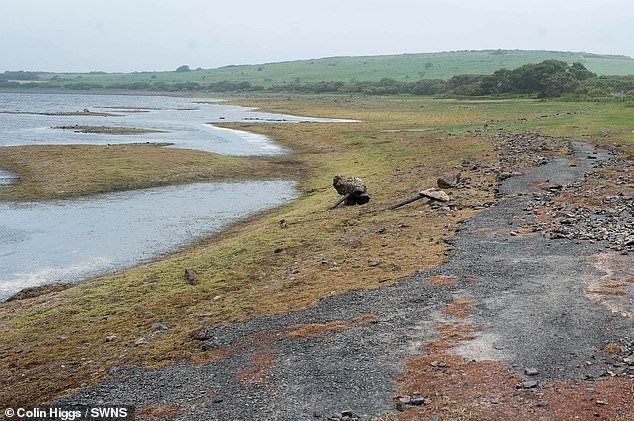 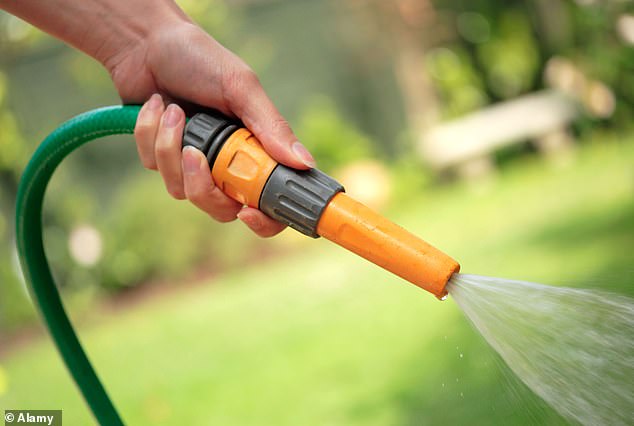 In 2012, Southern, Anglian, and South East, were among the seven water firms to introduce a hosepipe ban.

The Consumer Council for Water told the Sun water companies are ‘walking a tightrope’ as they try to meet the current demand. It added: ‘With little rainfall on the horizon the pressure on our water supplies is likely to intensify.’

Nick Price, Water Resources Strategy Manager at Southern Water said in a statement released by the water company: ‘With river flows dropping following a dry winter and spring, the risk is increasing that we will need to use a drought permit in order to continue supplying water.

‘The less we take out of the River Test for water supply, the more we leave in it for wildlife and to support its precious habitats. We continue to ask customers to use water wisely.’ 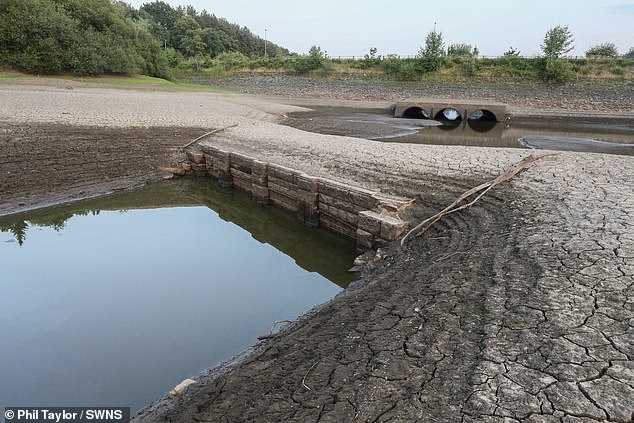 Wayoh Reservoir in Entwistle, Bolton pictured on Tuesday which is currently well below capacity 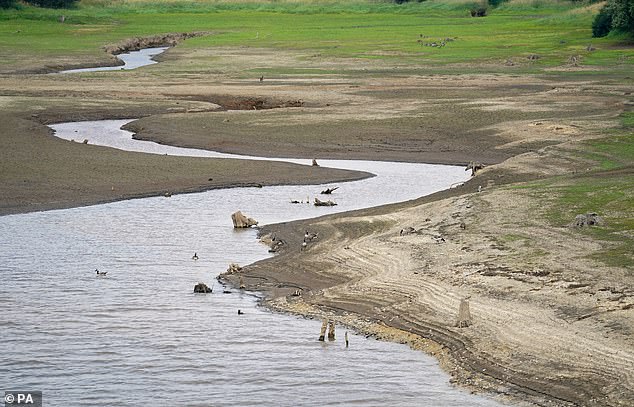 Following a dry spring, river flows and some groundwater levels were also said by the EA to be ‘below normal’ in parts of the rivers Great Ouse and Old Bedford in Bedfordshire and West Cambridgeshire, parts of Essex, East Suffolk and the Broadland rivers area and in the Rivers Welland and Nene in Lincolnshire and Northamptonshire.

The government agency said on Tuesday that abstraction licence holders in the affected areas are likely to receive notice to restrict the amount of water they take as described in their licence conditions.

Helen Smith, a drought manager for the Environment Agency in East Anglia, said: ‘We continue to monitor our key river, groundwater and reservoir sites using telemetry, and are liaising with water companies to understand any emerging concerns.

‘We are also working with farmers, businesses and other abstractors to manage water availability and ensure that they get the water they need to be resilient while maintaining our protection of the environment.’

An EA spokesperson also said earlier this month: ‘People should use water wisely and follow advice from their suppliers.

‘Further hot, dry weather could put pressure on some areas. We will continue to take action where necessary.

‘River flows and reservoir levels have receded across central and south western England.’