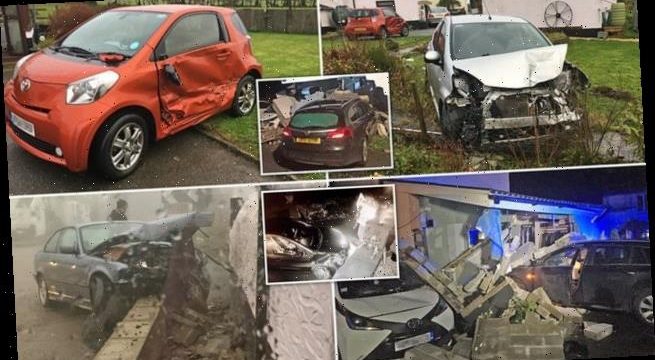 Is this Britain’s most dangerous home? House in accident blackspot has been hit 21 TIMES in six years as owner reveals she resorted to installing concrete blocks outside after latest crash this week

A house built at an accident blackspot has been hit 21 times in the space of six years as the owner reveals she has resorted to installing concrete blocks to protect her.

A driver and passenger escaped unharmed after smashing into one of the blocks in Combe Martin, Devon, on Thursday night.

Sue Pile has seen cars and even a tractor veer off the A3123, Whitefield Hill and collide with her house or plow through her garden.

Her daughter, Kathryn Munns, says her parents have been left feeling ‘unsafe in their own home’. 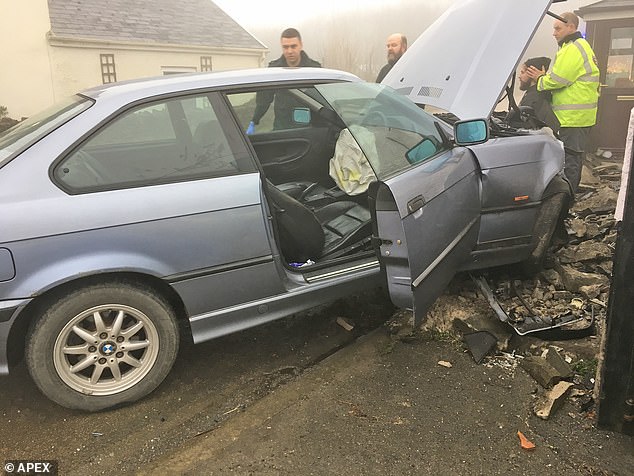 Since moving to her home in Combe Martin, Devon, in 2015, vehicles have smashed into Sue Pile’s home on 21 separate occasions 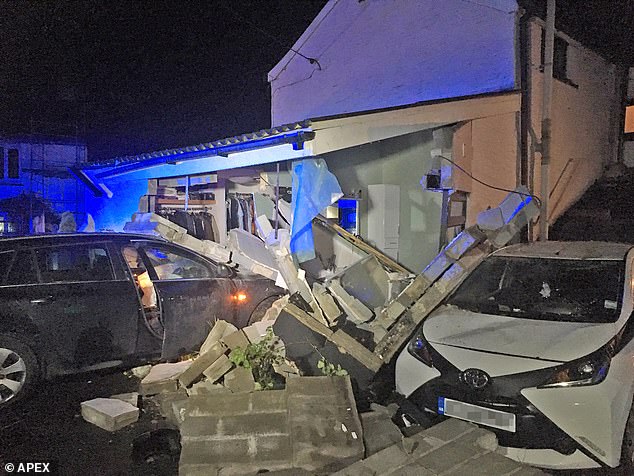 The family say they feel ‘unsafe in their own home,’ as cars continue to veer off the road and crash into house 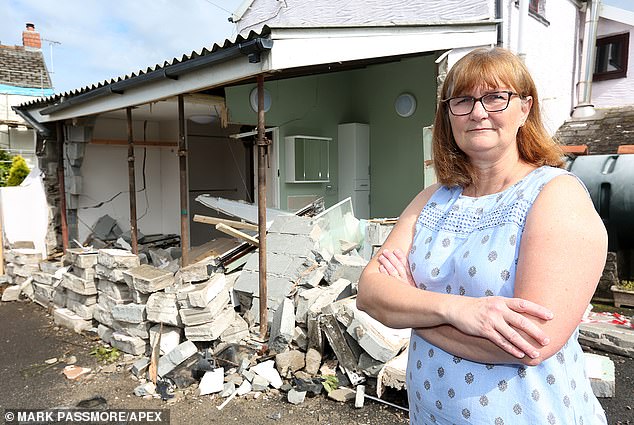 The family moved into their home in 2015 and have repeatedly asked Devon County Council to make the road safer before somebody is killed.

‘We’ve had lot of other different events,’ says Mrs Pile.

‘Most have been minor but the most serious include a BMW hitting the house in 2017 and a car crashing through the garden in December 2018.

‘We’ve had a tractor hit our front window and several cars hit the front of the house.’ 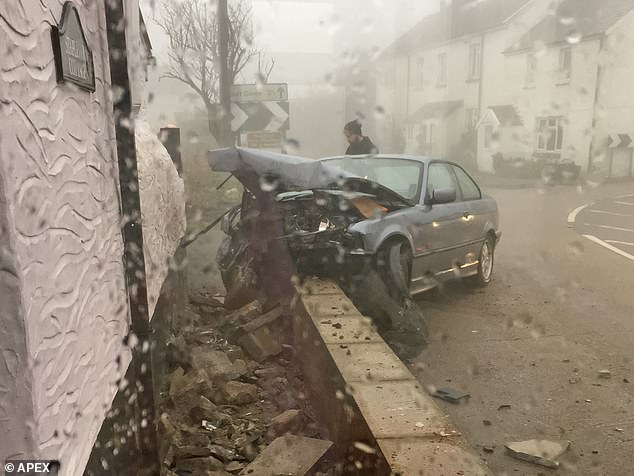 The accidents happen as vehicles drive along the A3123, Whitefield Hill and hit the house 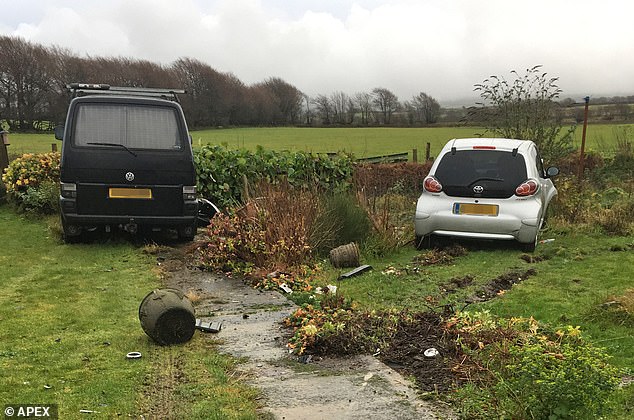 The vehicles do not always hit with Mrs Pile’s home, sometimes they plow through her garden 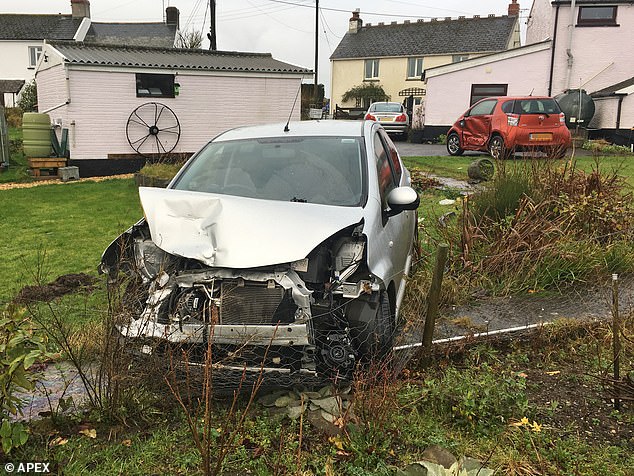 Despite repeated requests to her local council to help prevent the crashes, Mrs Pile has been forced to take matters into her own hands

It isn’t only the house which has been damaged and several family cars have been written off by careering vehicles.

The mother said her house insurance had tripled from £242 to £596 a year since moving in, as she admits she fears she will never be able to sell it.

Miss Munns added: ‘Another driver smashed into my parents home. 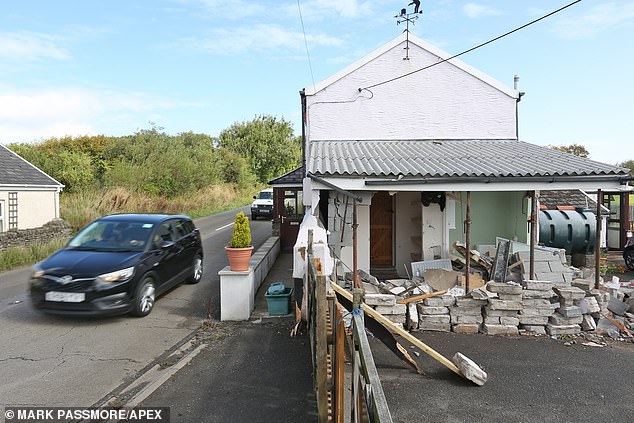 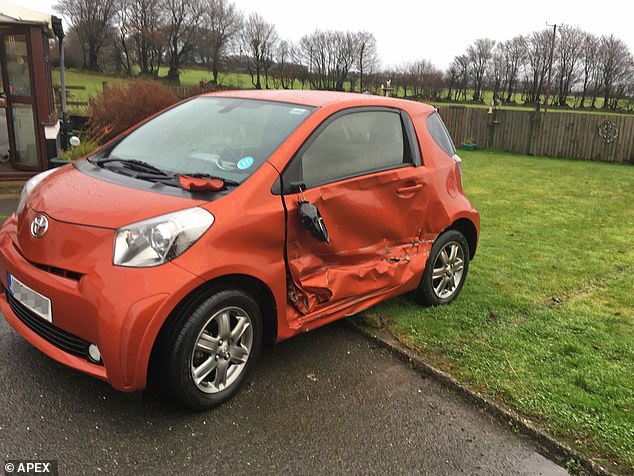 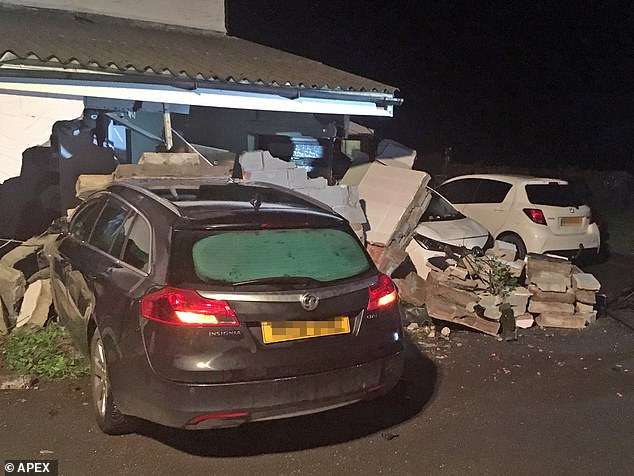 Kathryn Munns says she is fearful her parents could be hurt if protective measures aren’t put in place, as they’ve escaped unharmed from 21 crashes

‘Thank god the ridiculously massive blocks they’ve had to put up around the house stopped this absolute idiot this time but now its another set of problems for my parents to fix and yet again feel unsafe in their own home.

‘The fear of waking up one day to hear the house has been hit again and this time they were not okay is unreal – a fear you cannot describe.’