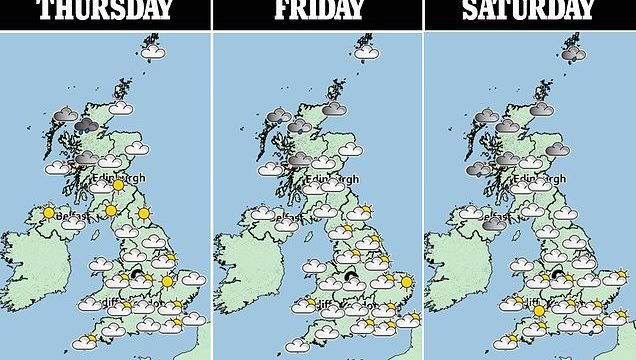 Britain is set for a pleasant bank holiday weekend with temperatures hitting 70F (21C), although forecasters have warned the country to watch out for showers in some areas.

England, Wales and eastern Scotland will enjoy plenty of warm sunshine today with the mercury set to hit 73F (23C) in the South East, although there will be showers in northern and western Scotland and Northern Ireland.

Tomorrow will be cloudier and slightly cooler across most of England and Wales, with some light showers in the South West, while Scotland will remain cloudy with patchy rain and Northern Ireland could also see drizzle. 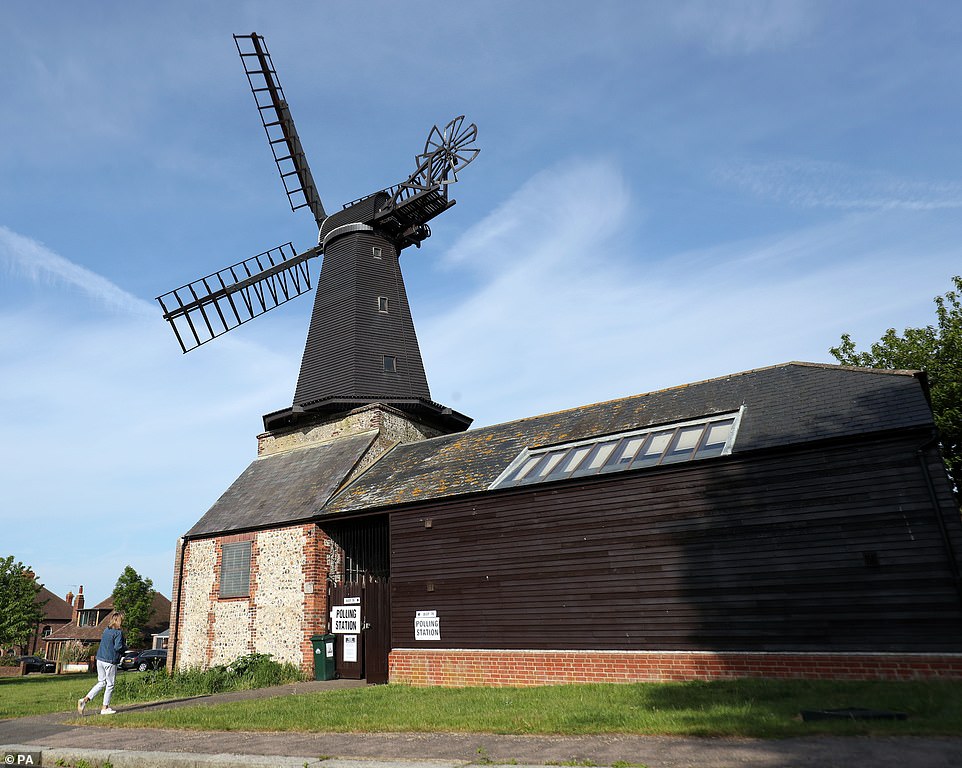 A woman walks in the morning sunshine to vote today at a polling station at West Blatchington Windmill near Hove, Sussex 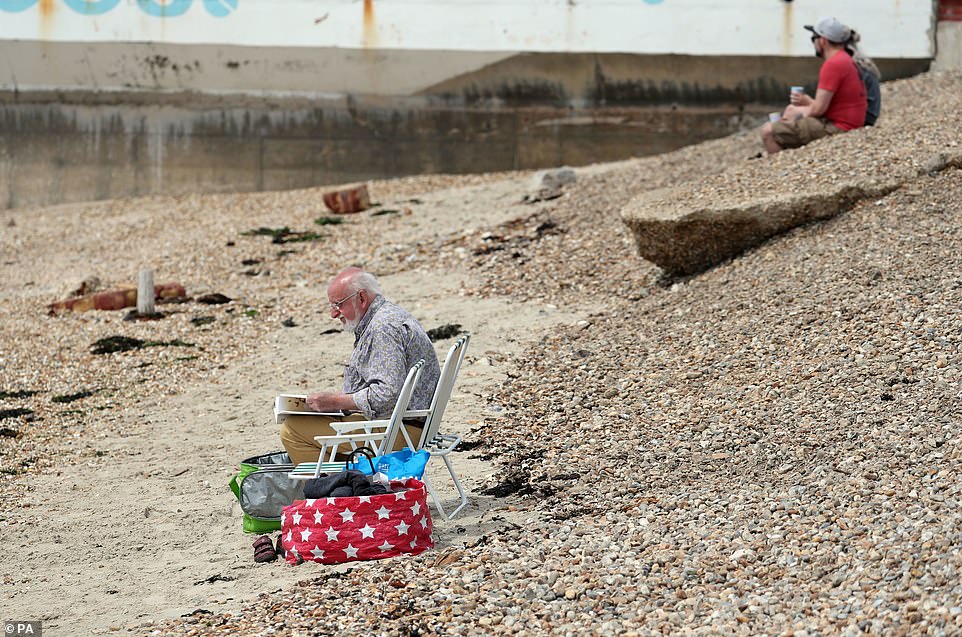 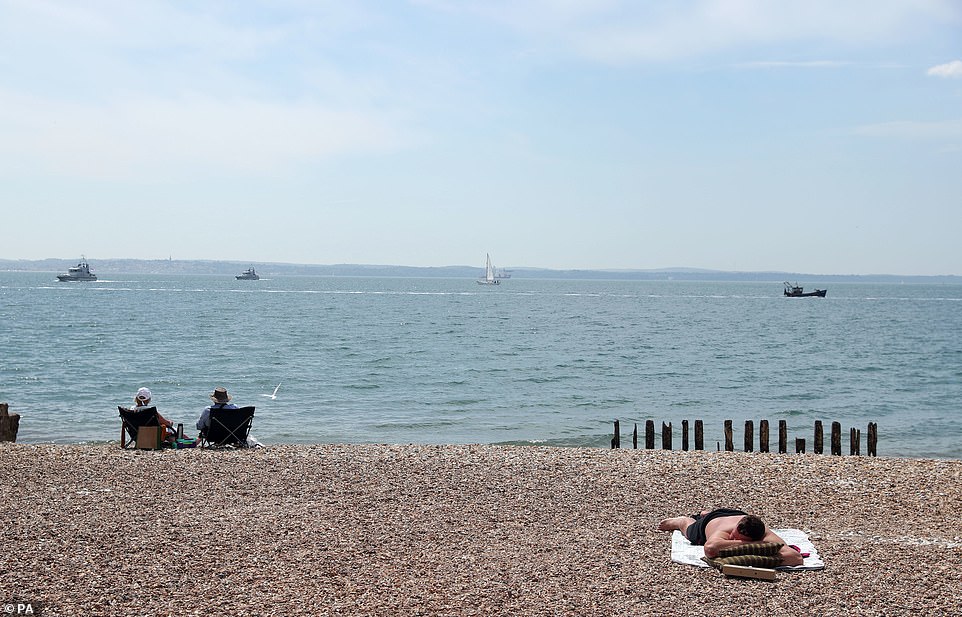 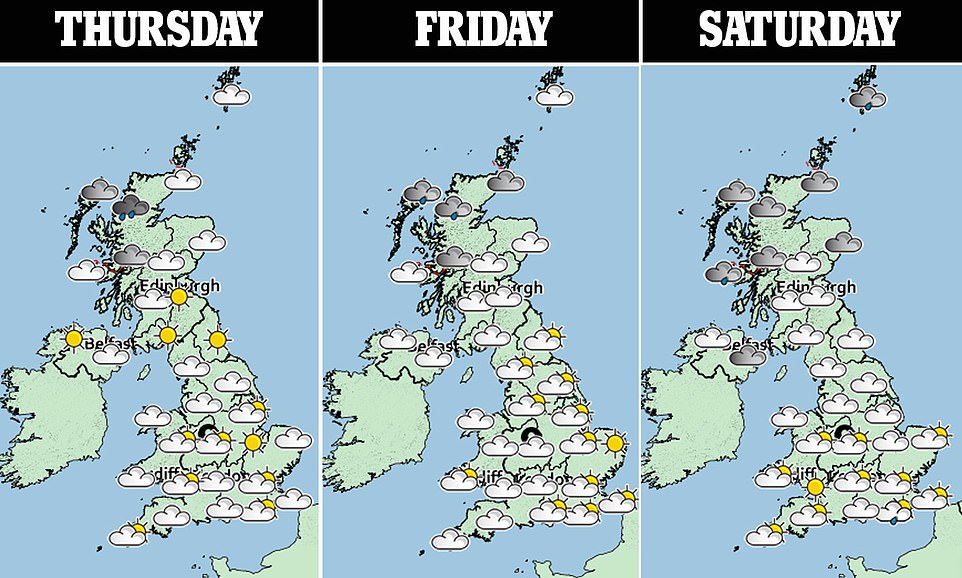 On Saturday, a frontal system will edge across northern Britain from the west, bringing patchy rain, although forecasters say that elsewhere it is expected to remain mostly dry with some sunny spells.

Much of the next few days will be determined by the impact on Britain of stormy weather across North America, which has included tornadoes in the mid-west affecting the upper atmosphere.

This is having an effect on the jet stream, a fast-flowing current of air high in the sky which dictates the flow of low pressure weather systems across the Atlantic towards Europe.

The jet stream will be pointed towards Britain by Saturday, which normally means more cloud, rain and cooler conditions in summer – but high pressure will still be relatively close, so it will not be a washout. 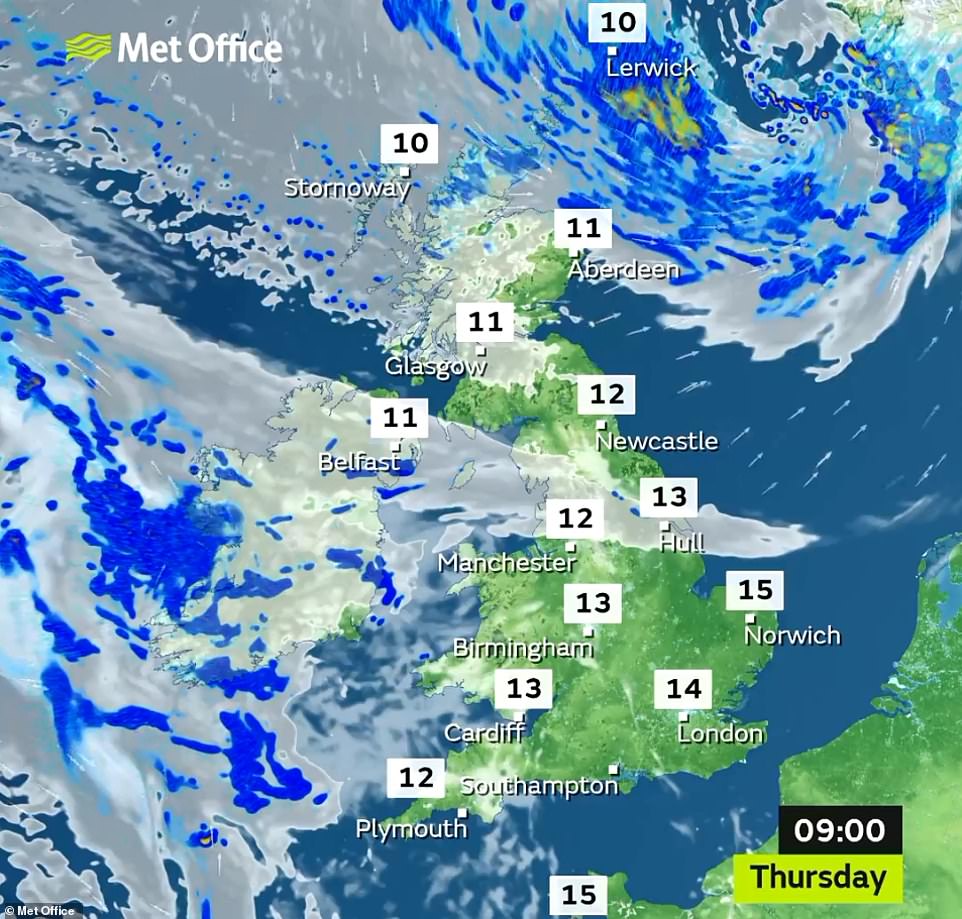 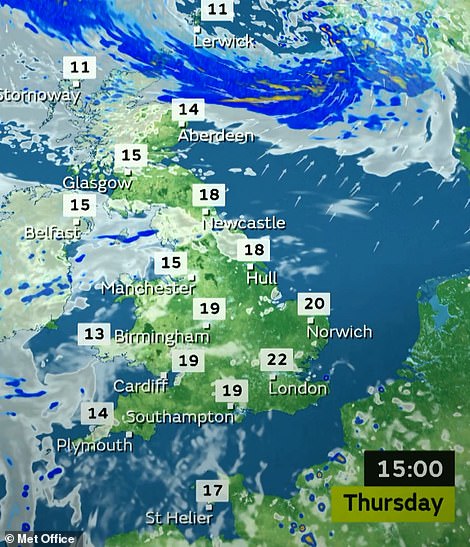 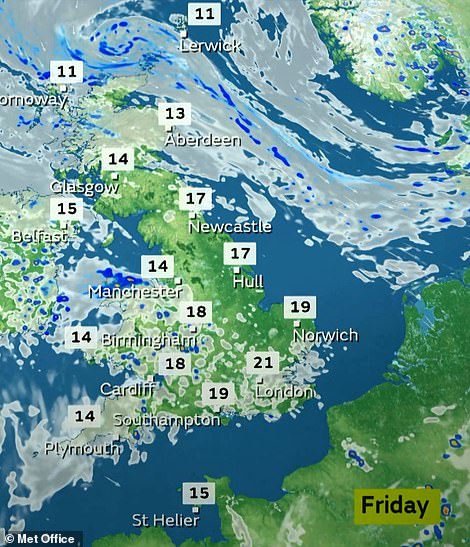 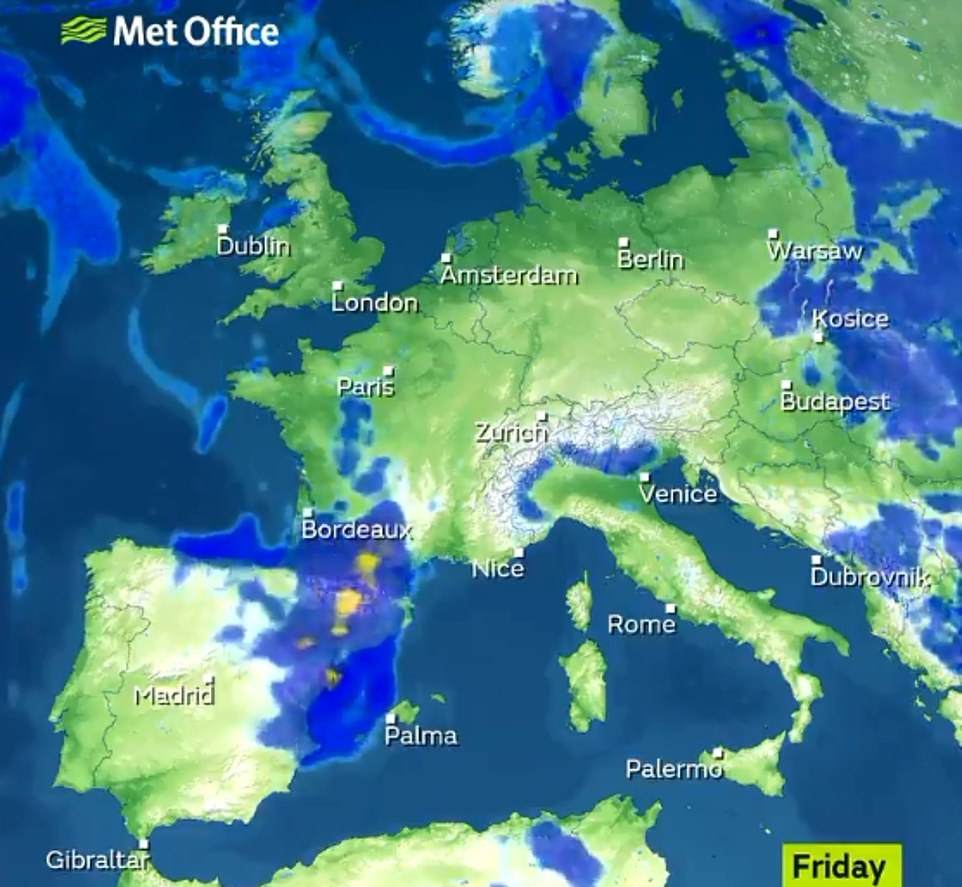 Western Europe will see some warm sunshine tomorrow, but there will be thunderstorms in the east along with flash flooding 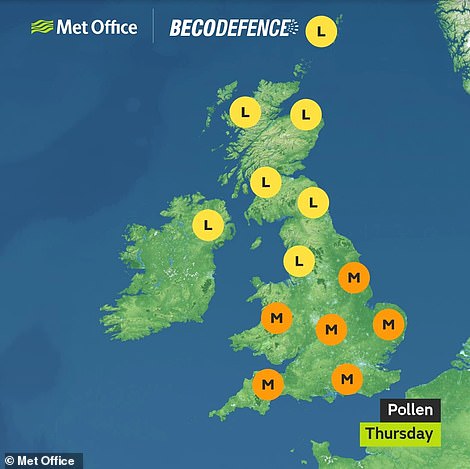 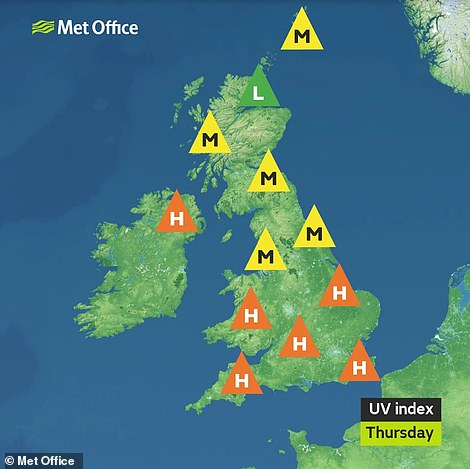 Met Office meteorologist Aidan McGivern said: ‘This time last year we were forecasting a sizzling bank holiday weekend with the jet stream well to the north of the UK. Somewhat different this year though.

‘The jet stream through the upcoming weekend actually dives south this weekend, but it won’t be a washout weekend by any means. There will be some showers around, but many places will be dry for much of the time.’

The hottest temperature of the year so far – which is unlikely to be beaten this weekend – has been 78.4F (25.8C), recorded at Treknow in Cornwall on April 19 and again on May 15 at Kinlochewe in the Scottish Highlands.

One month ago Britain was bathed in a record heatwave at Easter, with Easter Monday proving to be the hottest on record with 77F (25C) recorded at Heathrow and Northolt in West London and Wisley in Surrey.