A BRITISH bomb disposal expert has been killed during a mission to remove WW2 explosives from islands in the Pacific.

Stephen 'Luke' Atkinson, 57, died alongside a colleague when a huge explosion ripped through a residential area on the Solomon Islands. 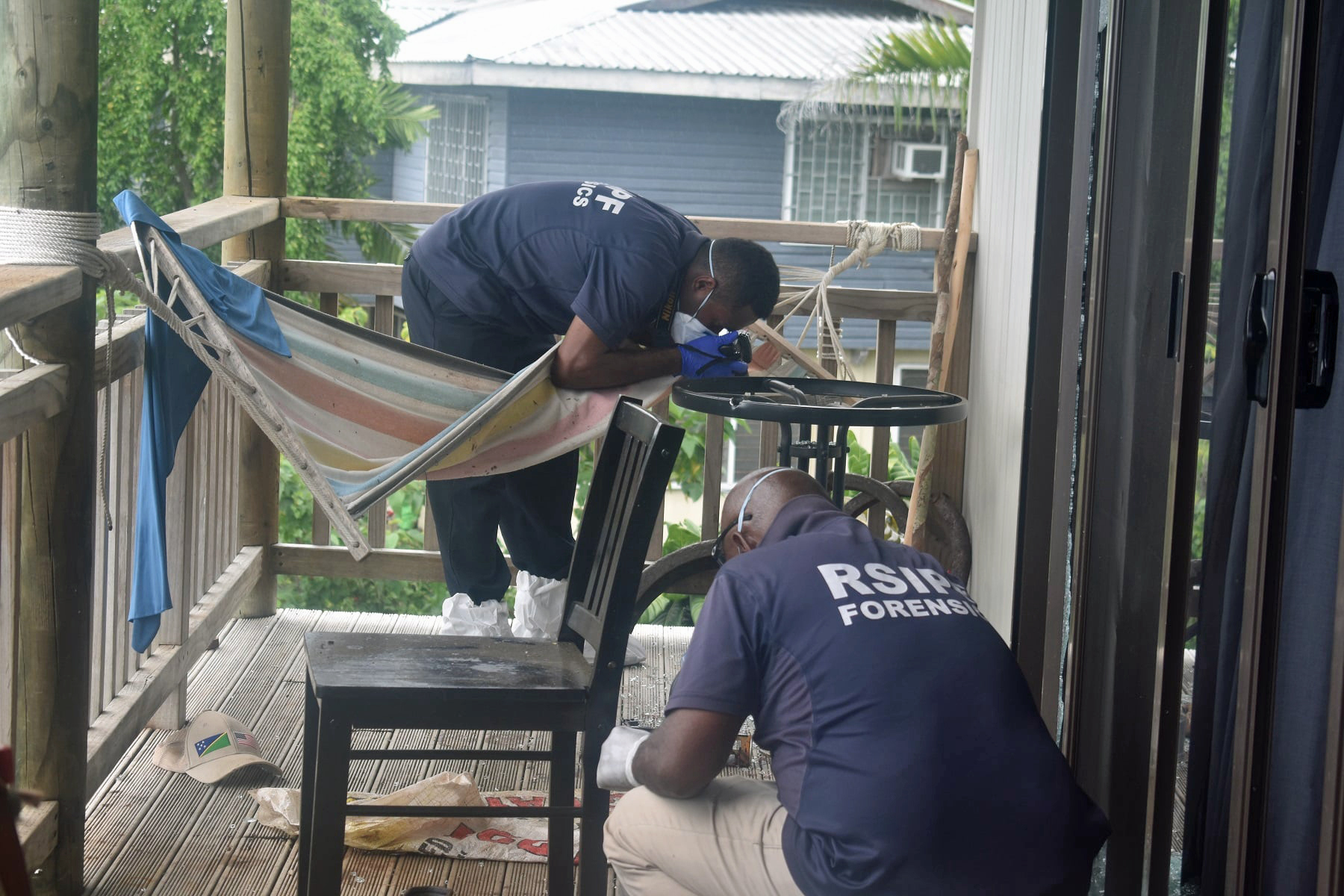 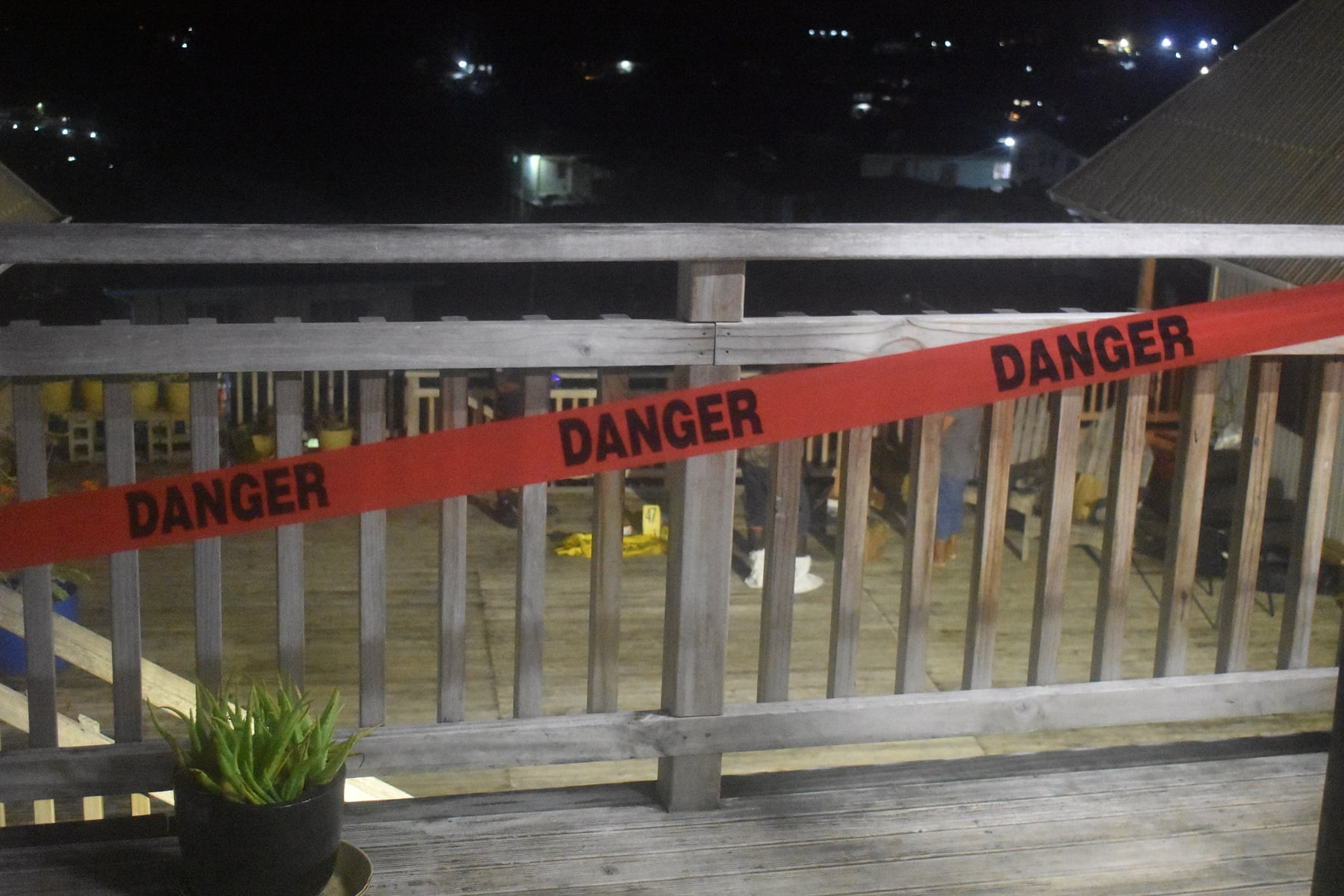 Mr Atkinson, from London, and Australian citizen Trent Lee were working for an aid agency which helps to map unexploded bombs at the time.

They were employees of the Norwegian People's Aid (NPA) and were tasked with tracking highly-dangerous explosives left over from the war.

The blast – which could be heard three miles away – happened inside their rented accommodation in the capital Honiara on Sunday evening, say reports.

Following the explosion residents rushed to the scene to find the men seriously injured, reports the Solomons Star. 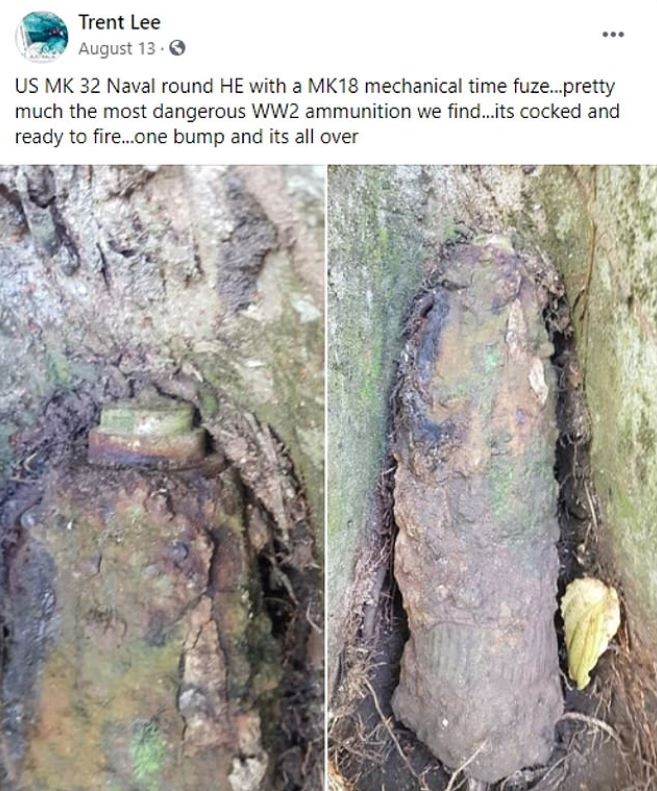 One of the men died at the scene while the other was later confirmed dead at hospital.

"Pretty much the most dangerous WW2 ammunition we find…it's cocked and ready to fire…one bump and it's all over," he wrote on August 13.

His chilling message was posted alongside photos of rusting munitions.

The Solomon Islands, a WW2 battleground in the South Pacific, is known to be littered with thousands of unexploded bombs. 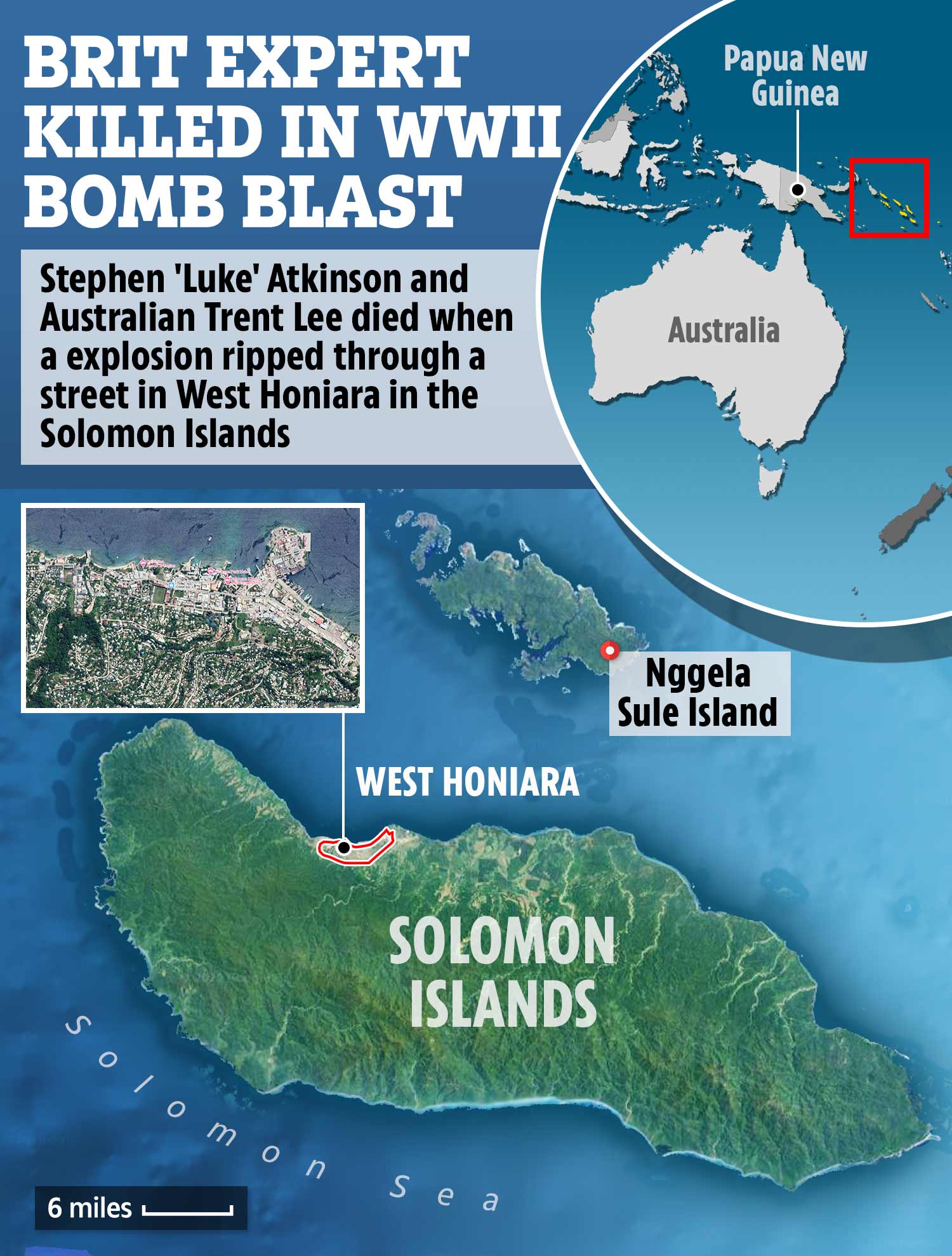 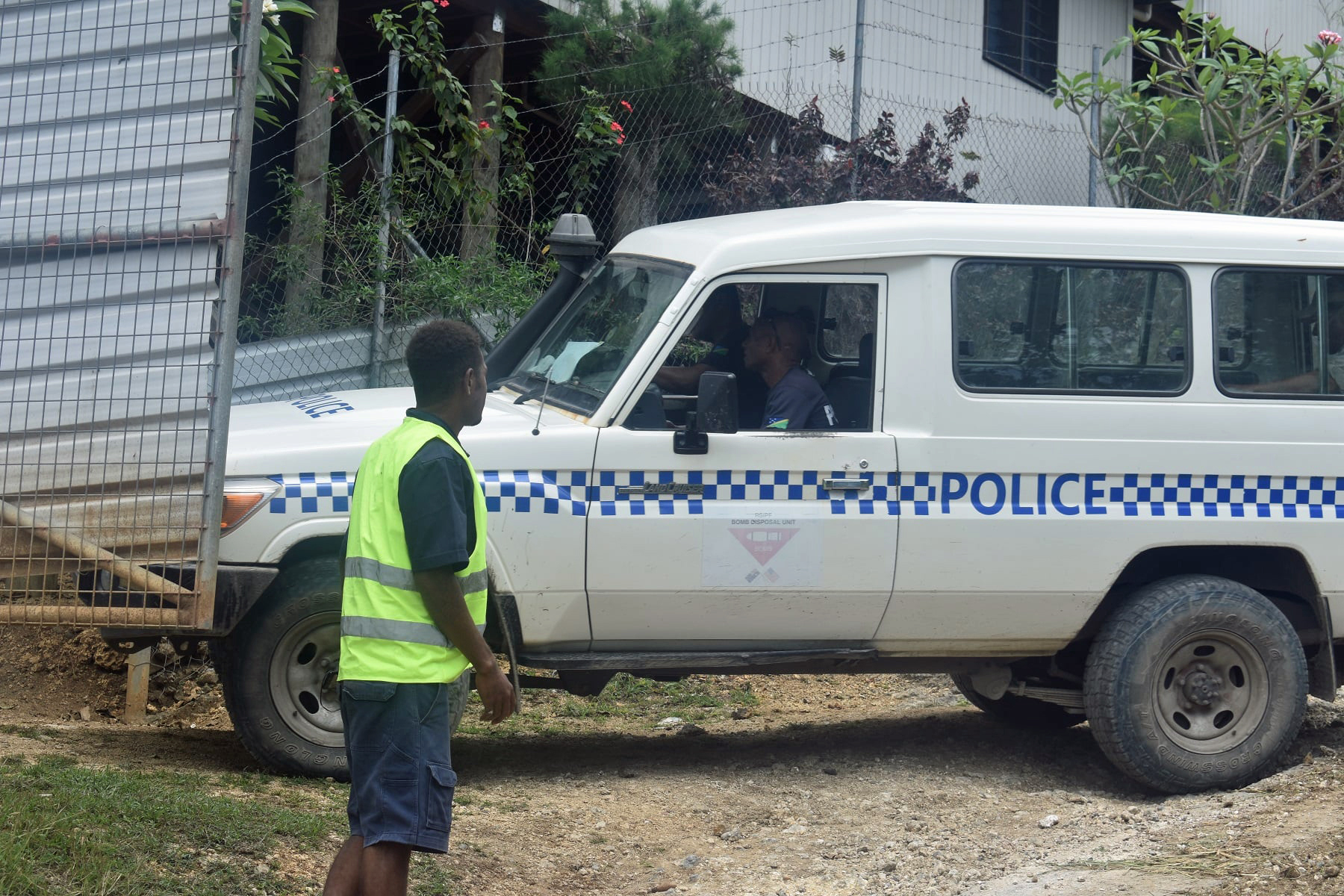 Deputy secretary general of the NPA Per Nergaard called the explosion a "tragic accident".

"So far, we know that there has been an explosion with fatal consequences," he said.

"Our main priority now is to offer assistance to relatives and colleagues, and to clarify what has happened."

Secretary general Henriette Killi Westhrin said the agency was "devastated" by the deaths of the two men.

The organisation is assisting local authorities in the Solomon Islands to develop a centralised database mapping unexploded ordnance. 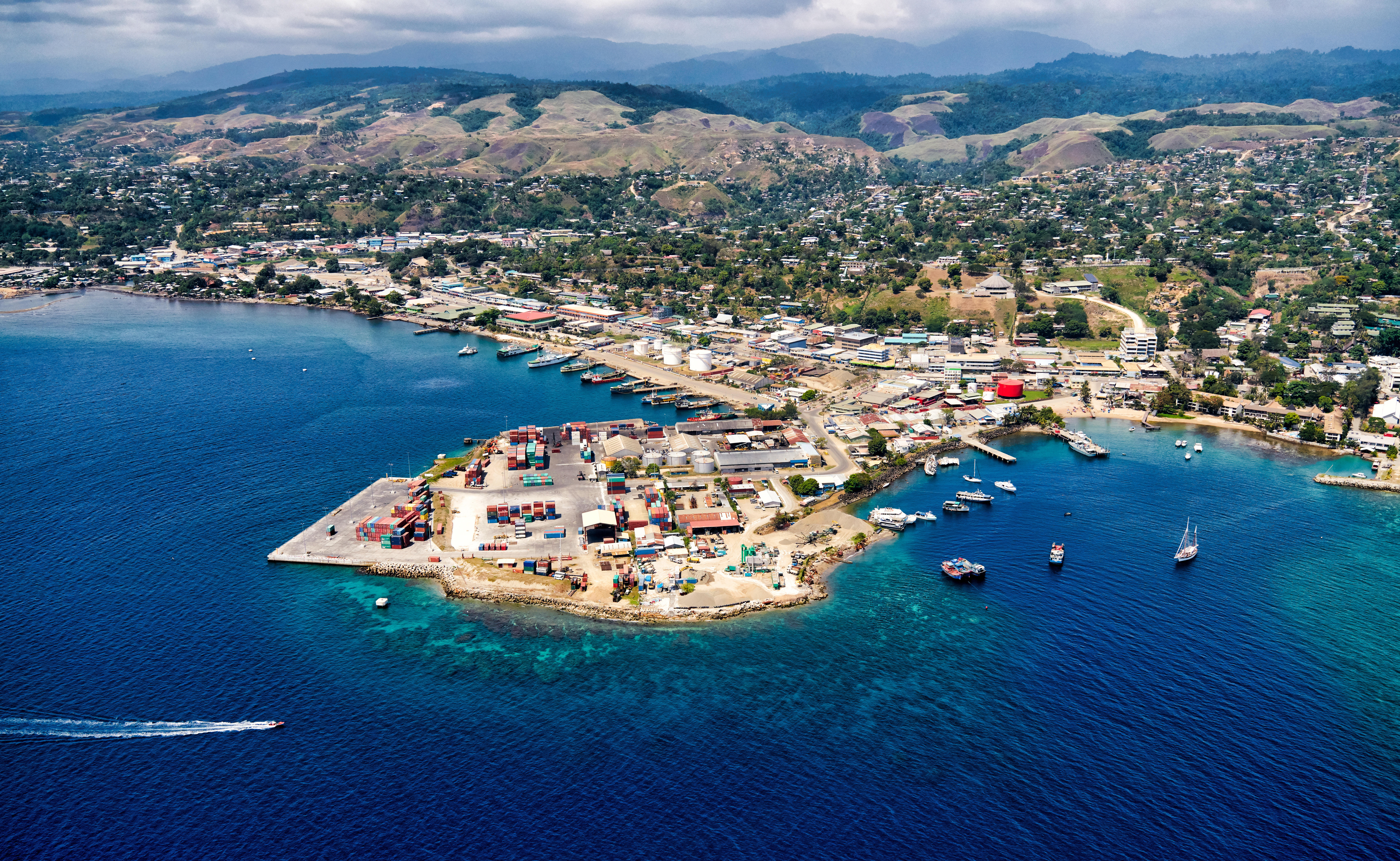 The Solomons are made up of over 900 islands scattered across the Pacific Ocean north of Australia and east of Papua New Guinea which were the scene of fierce fighting in the Second World War.

Its 500,000 inhabitants still live with unknown quantities of explosive remnants of war left behind from months of combat between Japanese and Allied troops.

Many of the battle sites remain virtually untouched and you can still find rusting jeeps, tanks and amphibious vehicles lying buried in the jungle.

The islands are also littered with caves and foxholes once used by the occupying forces of the Japanese imperial army.

In a campaign of attrition fought on land, on sea, and in the air, the Allies finally wore the enemy down, inflicting irreplaceable losses on Japanese military assets.

Activities by the agency have temporarily been put on hold, Mr Nergaard added, while the agency works with the Royal Solomon Islands Police Force, which is investigating the incident.

Inspector Clifford Tunuki, the officer in charge of explosive ordnance disposal (EOD), said the blast happened at on the agency's residences.

While the cause is not yet known by police, Insp Tunuki said preliminary investigations indicated there were "several items of UXO at the residence and they may have been conducting some UXO work".

"The RSIPF EOD had a good working relationship with the NPA project and so we are concerned that they decided to conduct EOD operations within a residential area," he said in a statement.

"RSIPF did not know these items had been moved to the NPA residence. If we had known, we would have requested that the items be moved to a safe location."

He added that other unexploded ordnance discovered at the agency's residence had been moved to the isolated area of Hell's Point while investigators carry out their work.