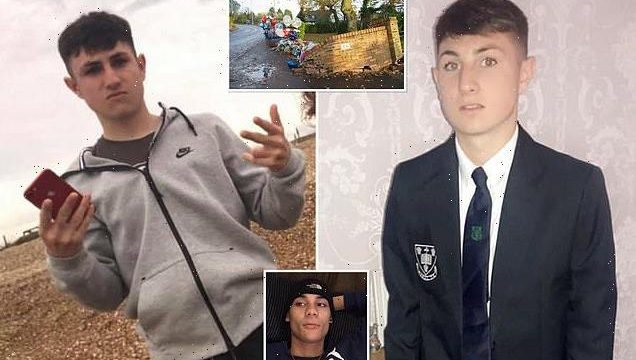 Boy, 16, died when he ploughed into wall in 4am car crash as he and fellow burglar fled police after home burglary spree

A teenager died when he ploughed into a wall in a stolen car as he was being chased by police.

Kyle Hudson lost control of a stolen Toyota Yaris and hit a lamp-post and a garden wall, following the burglary spree in the early hours.

The 16-year-old and his friend Ryce Mendoza, 20, had targeted two homes before stealing the keys to the Toyota from the second property and fleeing in the car.

Police in Handforth, Cheshire, gave chase for two miles before Hudson lost control at a bend and crashed, leaving him with fatal head injuries. He died the following day in hospital. 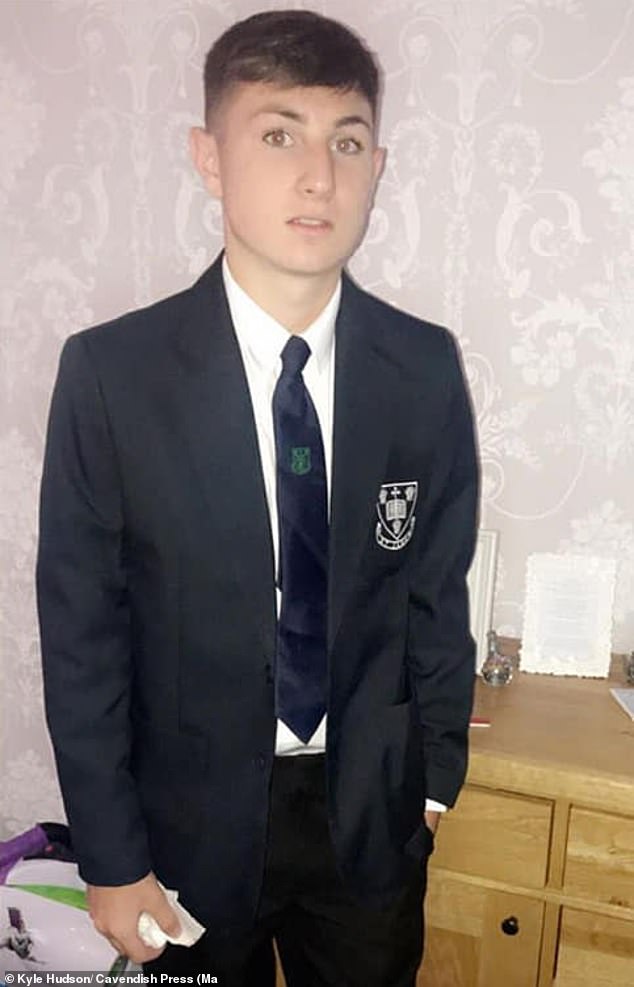 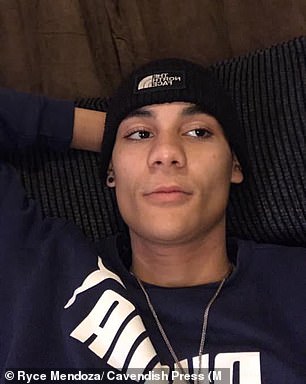 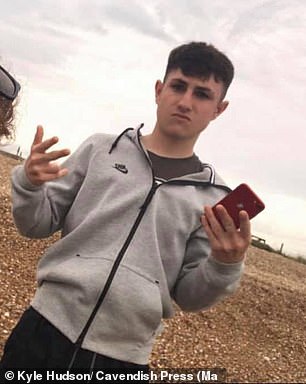 Passenger Ryce Mendoza, left, survivied the crash but was later jailed. Kyle, right, died in hospital the next day 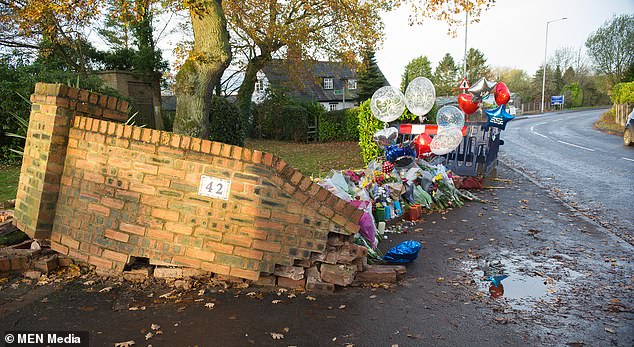 Father-of-one Mendoza was seriously injured in the impact but discharged himself from hospital the next day and refused to cooperate with police.

The crash occurred on November 13 last year after the pair had been prowling the Handforth area looking for homes to break into.

Prosecutor Myles Wilson said: ‘At around 3.15am they attempted to break into the family home. The householder saw two hooded figures trying to get into the living room via the window. He shouted at them and they ran off and he called police.

‘But they then went on to burgle a nearby property. They gained entry by an insecure bathroom window and the keys to a Toyota were stolen and the car was driven away.

‘The vehicle was being driven erratically before it collided with a wall and Kyle Hudson died as a result of his injuries.’

Mendoza had previous convictions for robbery, firearms possession, battery, possessing cannabis criminal damage and having a knife in public.

Ten months earlier he had been ordered to complete a community order for assaulting a police officer.

In a statement, the 80-year old owner of the Toyota told police: ‘I feel violated that intruders were in our property. My daughter was asleep at the time, she has Down’s Syndrome and is vulnerable to strangers.

‘I do not know what I would have done if I was awake. My daughter has been traumatised and is scared whenever she hears a car door close.

‘As an 80-year-old whose husband is currently in respite care, I never would have thought I would have to experience this.’ 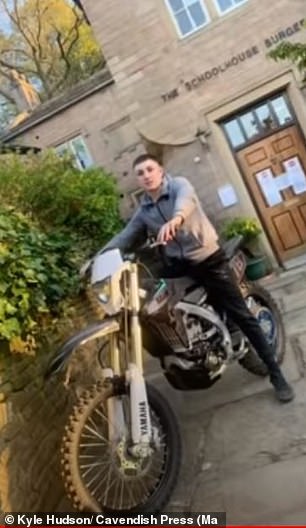 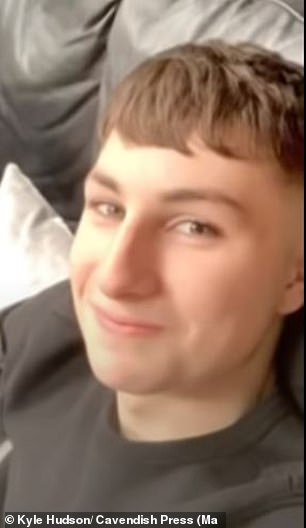 The crash occurred in November last year after the pair had been prowling the Handforth area looking for homes to break into. Pictured, 16-year-old Kyle

At Minshull Street Crown Court in Manchester, Mendoza was jailed for 30 months after he admitted burglary, attempted burglary and aggravated vehicle taking.

Judge Recorder Katherine Pierpoint told Mendoza: ‘People should be able to feel safe in their own home without people like you trying to break in to the property that they have worked hard for, whilst they are asleep in their beds.

‘It not only has an effect on the victims but also an emotional impact on the wider community.

Mendoza was also given a 12 month driving ban which will start when he is freed from jail.

The Independent Office for Police Conduct (IOPC) is currently investigating the crash. An inquest into Hudson’s death has been opened and adjourned.