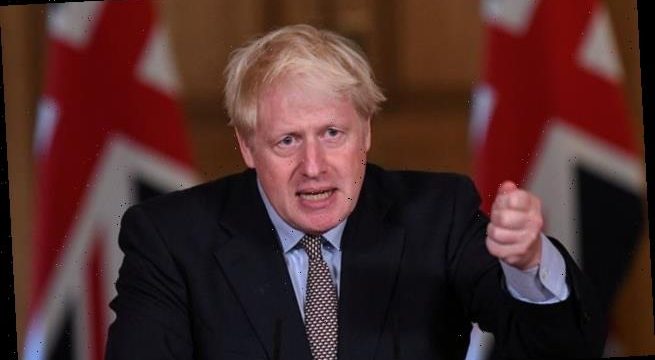 Boris Johnson to opt out of major European human rights laws making it easier to deport migrants and harder to sue soldiers, teeing up a fresh clash with Brussels

Boris Johnson looks set to withdraw from significant European human rights laws in a move which could make it easier to deport migrants and more difficult to sue British soldiers.

Ministers are considering opt-outs from the Human Rights Act (HRA) in areas the Government believes European judges have ‘overreached,’ according to the Sunday Telegraph.

The legislation was signed into British law in November 1998 to incorporate rights set out in the European Convention on Human Rights.

An opt-out could prevent a significant number of migrants and asylum seekers from using the legislation to avoid deportation from the UK.

The move could also protect British soldiers from claims against their overseas activities, it was reported.

It is understood details of a formal review will be announced in the coming weeks. 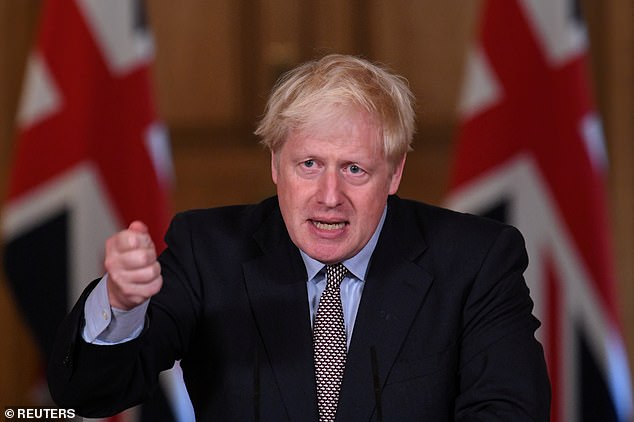 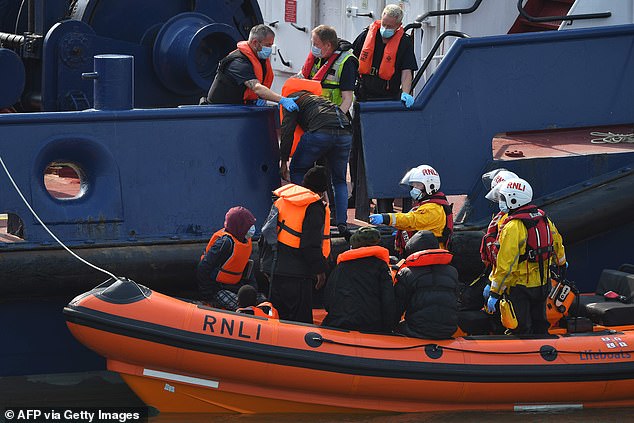 An opt-out could prevent a number of migrants and asylum seekers from using the legislation to avoid deportation from the UK. Pictured: Migrants in Dover on Friday

The Tory manifesto pledged to ‘update’ the HRA after Brexit, but the move is contentious with Brussels and negotiators have expressed concern over the UK’s commitment to the European Convention on Human Rights.

It comes amid a growing crisis over the number of migrants making treacherous journeys across the English Channel from northern France.

The situation intensified on Friday as the number of people arriving in the UK in small vessels since the start of the year passed 6,000.

More than 200 men, women and children are thought to have reached British soil from France aboard more than 20 inflatable boats and dinghies on September 11. 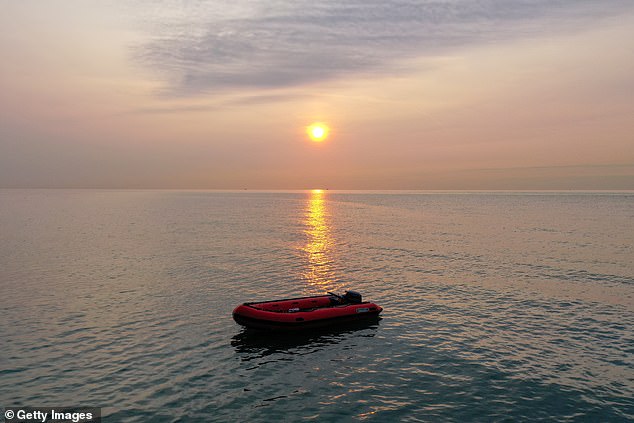 It comes amid a growing crisis over the number of migrants making treacherous journeys across the English Channel from northern France. Pictured: Arrivals on Friday 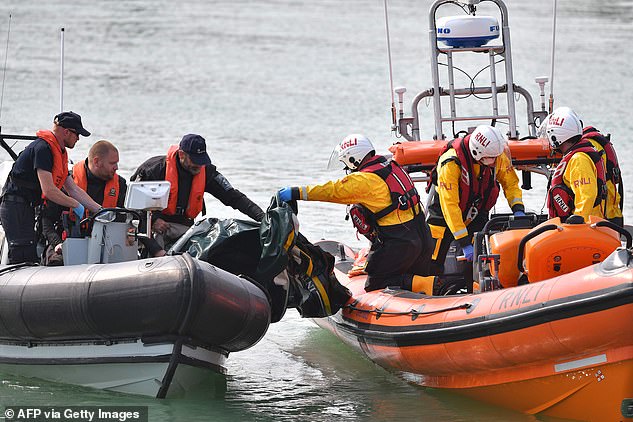 Justice Secretary Robert Buckland, who is under pressure to explain how Government plans to override elements of the Brexit deal are consistent with obligations under international law, will face questioning from the media today.

His Labour shadow, Lord Falconer, said: ‘A future where [the] UK breaks its international law obligations, and opts out of Human Rights protections is a very bad future.’

Former Royal Marine Alexander Blackman – known as Marine A – was released from prison in 2017 after Daily Mail readers helped to overturn his conviction for murdering a wounded Afghan insurgent.

Sgt Blackman was sentenced to life in prison in 2013 for murder after he shot dead a wounded Taliban fighter in Afghanistan.

He became the first British serviceman convicted of murder on a foreign battlefield since the Second World War. 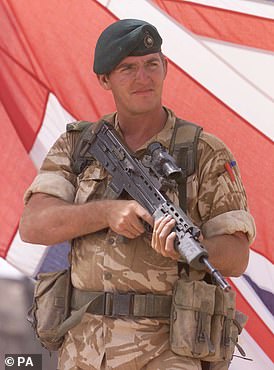 Sgt Blackman had been charge of a small band of Marines who manned an outpost in Helmand Province dubbed ‘the most dangerous square mile on earth’ because of constant Taliban attacks.

He spent 1,277 days behind bars for the shooting. Top brass left him to rot in jail, but an investigation by the Mail revealed vital evidence had been ‘deliberately withheld’ from his trial.

In 2017, Sgt Blackman’s murder conviction was downgraded to manslaughter by reason of diminished responsibility.

The High Court judges ruled that combat stress had clouded his judgement, leading him to snap following months of brutal fighting against the Taliban insurgency.

One proposed way to limit the legislation is to amend the Act, or stop it from impacting newer laws such as the Overseas Operations Bill.

The Bill, which will be brought before the Commons next week, would change the HRA to include a ‘duty to consider derogation’ from the European Convention on Human Rights.

Mr Johnson’s potential opt outs could tee up a fresh clash with Brussels, after tensions grew in recent days when the PM unveiled plans to tear up parts of his original Brexit divorce deal.

The Prime Minister is facing mounting criticism over the legislation overriding his deal, as leaders from across the political spectrum attacked the threat to break international law.

Senior Conservatives are not backing down on their rebellion against the Prime Minister’s plans despite his warning that Brussels could ‘carve up our country’ without his new Bill.

Former PMs Sir John Major and Tony Blair have united to urge MPs to reject the legislation, saying it imperils the Irish peace process, trade negotiations and the UK’s integrity.

Sir Keir Starmer accused Mr Johnson of having ‘reigniting old rows’ by working to flout his own Withdrawal Agreement, but pledged Labour support if he addresses ‘substantial’ concerns.

Tory rebels suggested their numbers were growing and opinions were only hardened by Mr Johnson’s increased rhetoric that the EU could impose a trade border in the Irish Sea.

‘We both opposed Brexit. We both accept it is now happening. But this way of negotiating, with reason cast aside in pursuit of ideology and cavalier bombast posing as serious diplomacy, is irresponsible, wrong in principle and dangerous in practice,’ they said.

‘It raises questions that go far beyond the impact on Ireland, the peace process and negotiations for a trade deal – crucial though they are. It questions the very integrity of our nation.’

Sir Keir called on Mr Johnson to throw out clauses that could breach international law and those that lead the devolved administrations to warn of a ‘power grab’ to get Labour support.

‘If the Government fixes the substantial cross-party concerns that have been raised about the Internal Market Bill, then we are prepared to back it,’ Sir Keir said today.

‘But if they do not, and the talk collapse, then it is their failure and incompetence that will have let the British people down.’

Despite Mr Johnson’s attempts to drum up support, Tory chairman of the Commons defence committee Tobias Ellwood said on Saturday that he could not support the legislation without it being changed.

‘Already this Bill is damaging brand UK, diminishing our role-model status as defender of global standards. As we go to the wire, let’s see more British statecraft – less Nixonian Madman Theory,’ he tweeted.

Commons justice committee chairman Sir Bob Neill, who has tabled an amendment which he said would impose a ‘parliamentary lock’ on any changes to the Withdrawal Agreement, said he still contends it contains ‘objectionable’ elements.

Damian Green, who was Theresa May’s deputy when she was prime minister and is backing the amendment, was also understood to not have been won over by Mr Johnson’s argument. 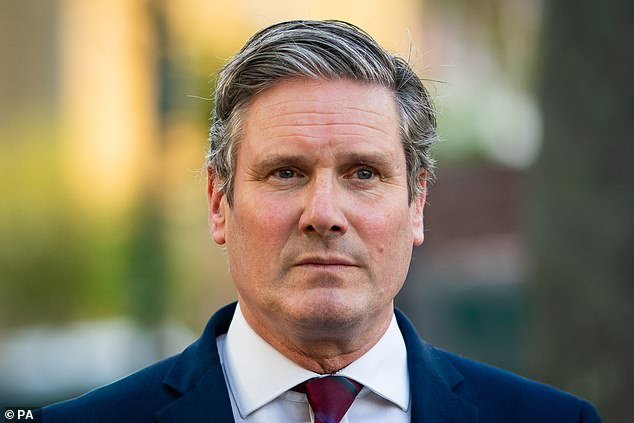 Sir Keir Starmer has accused Mr Johnson of having ‘reigniting old rows’ by working to flout his own Withdrawal Agreement, but pledged Labour support if he addresses ‘substantial’ concerns

Sir Roger Gale also remained a vehement critic, telling Times Radio: ‘If anybody is responsible, if it happens, for bringing the union down, it will be (chief aide Dominic) Cummings and Mr Johnson.’

The EU has given Mr Johnson until the end of the month to withdraw his proposals to override elements of the Withdrawal Agreement, with the bloc threatening legal action if he does not comply.

Brussels has also made clear that the future of trade talks are at risk of collapse if Mr Johnson does not perform a U-turn – but Michael Gove has vowed the Government will not be changing course.

This week, the European Union also hinted it could ban UK food exports to the bloc if the two sides fail to agree a trade deal by the end of the year.

Michel Barnier said there were still ‘many uncertainties’ on the UK’s post-Brexit standards regime and that ‘more clarity is needed’ in order for Brussels to agree to allow British exports of food and livestock to continue.

Trade talks between the UK and Brussels remain ongoing ahead of the end of the transition period in December. 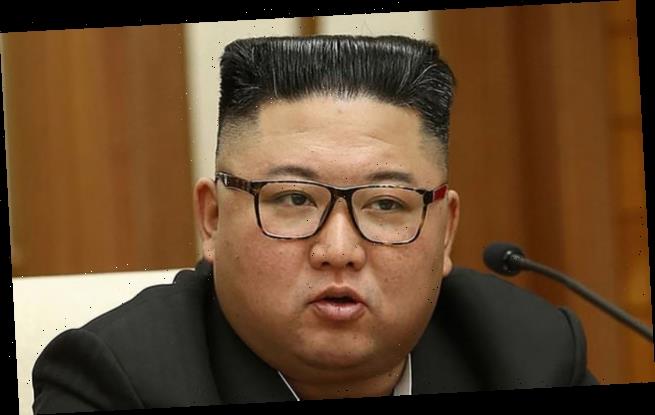