JOE Biden and First Lady Jill Biden paid a visit to wounded US troops recovering at Walter Reed Medical Center on Thursday night – after families of the fallen military personnel killed in an ISIS-K bombing last week slammed the president over his handling of the tragedy.

The Bidens were photographed bringing gift baskets and flower bouquets to the Bethesda, Maryland military hospital where 15 Marines are recovering from injuries suffered from the Aug. 26 deadly ISIS-K suicide bombing at the Kabul airport that killed 13 troops. 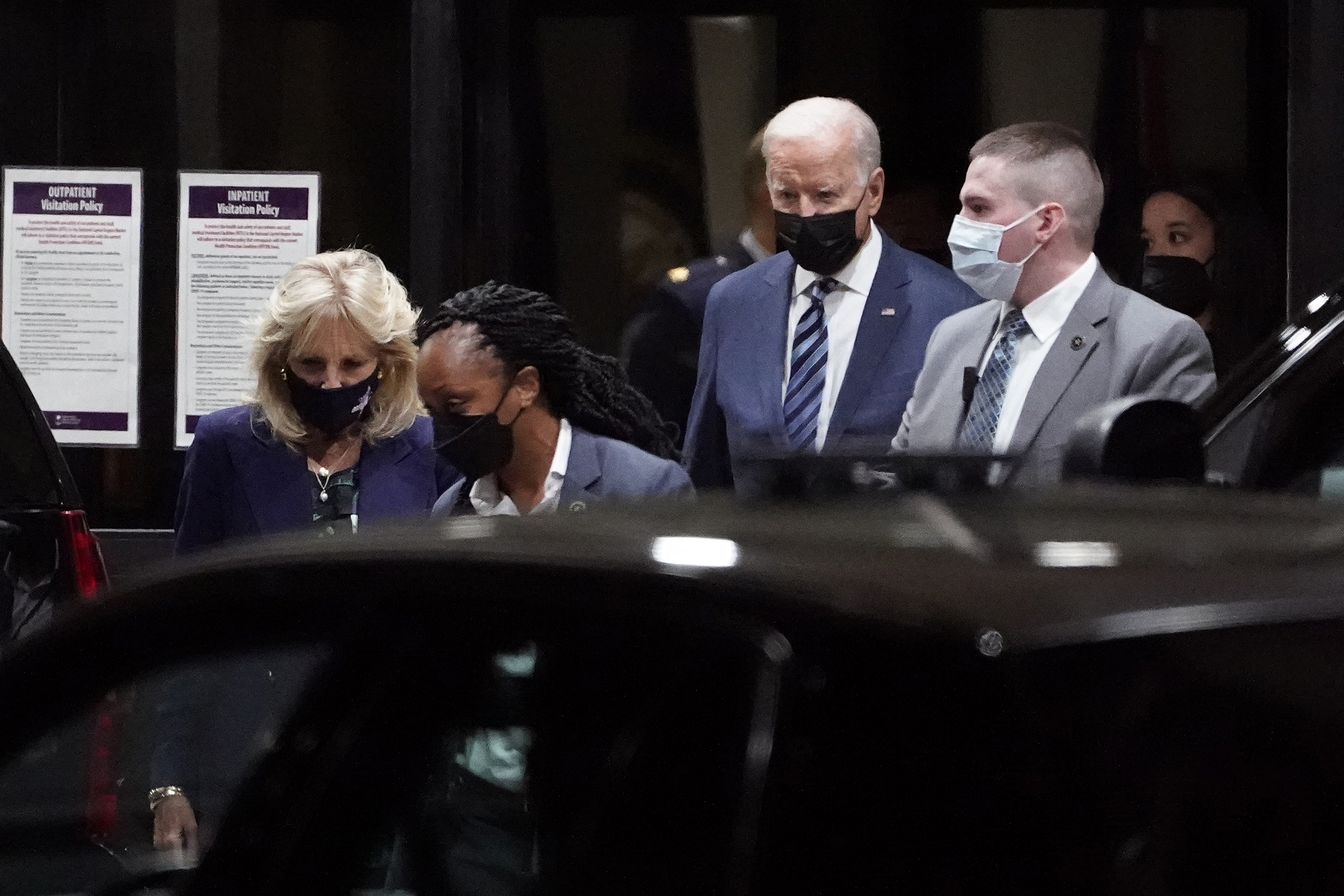 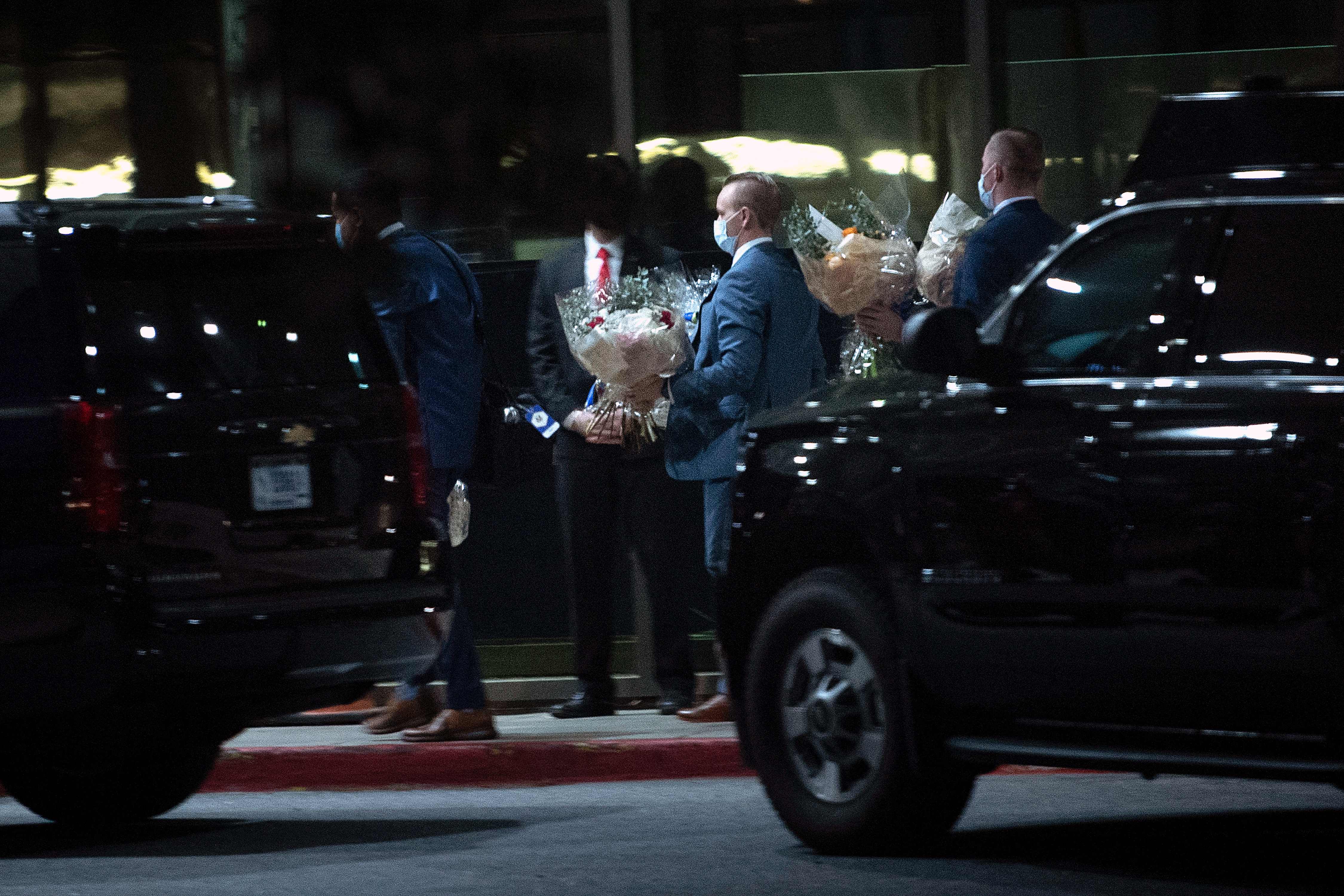 Biden spent a little under two hours at the hospital, but no further details were provided by the administration on the visit, including whether the president met with service members.

​​Biden’s presidency is facing harsh criticism and political damage following its pullout from Afghanistan after the country was engaged there for two decades.

Biden and his cabinet are blamed for not preparing contingencies to prevent the Taliban insurgency from retaking the capital of Kabul before the Aug. 31 withdrawal deadline.

The Hamid Karzai International Airport became a scene of desperation as Afghans tried to flee the country from the Taliban’s historically oppressive rule.

The hasty exit gifted the Taliban $85billion worth of dollars worth of abandoned military armaments.

There’s also roughly 200 Americans that the administration admitted were left in Afghanistan after the last soldier left.

Biden has tried to show his compassion for the loss of life.

He was present at the Air Force base to salute and receive the 13 fallen service members who died in the attack.

The Islamic State affiliate known as ISIS-K took credit for the bloodshed which occurred at the Hamid Karzai International Airport entrance where countless Afghans and Americans were trying to flee the country before the Aug. 31 deadline for all US forces to flee.

Following the attack on the airport, a US military drone strike was ordered against an ISIS-K target.

Biden vowed to “hunt down” whoever was responsible and make them “pay” following the deadly attack.

But his efforts have only incited more blowback from the families of the fallen US soldiers.

“I woke up at four o’clock this morning, two Marines at my door telling me my son was dead."

His sister, Roice McCollum, told The Sun her family is convinced the loss of her brother and 12 other soldiers from the bombing could have been avoidable.

"As far as Biden goes we are truly disgusted with the administration and how they handled the entire thing," she said.

"It was avoidable and none of those Marines needed to be put in that situation. It was incompetent."

The president’s conduct during the solemn transfer ceremony as he was seen checking his watch as 13 fallen US service members’ coffins killed in action in Afghanistan brought off the C-17 aircraft.

Darin Hoover, the father of Marine Staff Sgt. Taylor Hoover who lost his life in the blast, said he watched in shock as the president checked his watch every single time an American hero’s flag-draped coffin was removed from the hold of the plane.

Mark Schmitz was there to receive his 20-year-old son Marine Lance Cpl. Jared Schmitz also died in the attack.

He too questioned why Biden was primarily focused on his timepiece.

“I actually leaned into my son’s mother’s ear and I said, ‘I swear to God, if he checks his watch one more time…’” Schmitz said.

“And that was only probably four times in. I couldn’t look at him anymore after that, just considering, especially, the time and why we were there.

"I found it to be the most disrespectful thing I’ve ever seen.”

'BLOOD IS ON YOUR HANDS'

He claimed that during a meeting with the Commander-in-Chief, he failed to meet the moment.

Biden was said to have been rambling about the loss of his own son Beau rather than listening and learning about Jared.

Beau, who was an Iraq War veteran, passed away in 2015 from a brain tumor.

Shana Chappell, the mom of Kareem Nikoui, blamed Biden of being a "weak human being" and a "traitor."

"You turned your back on my son, on all of our heroes!!!

"My son's blood is on your hands. 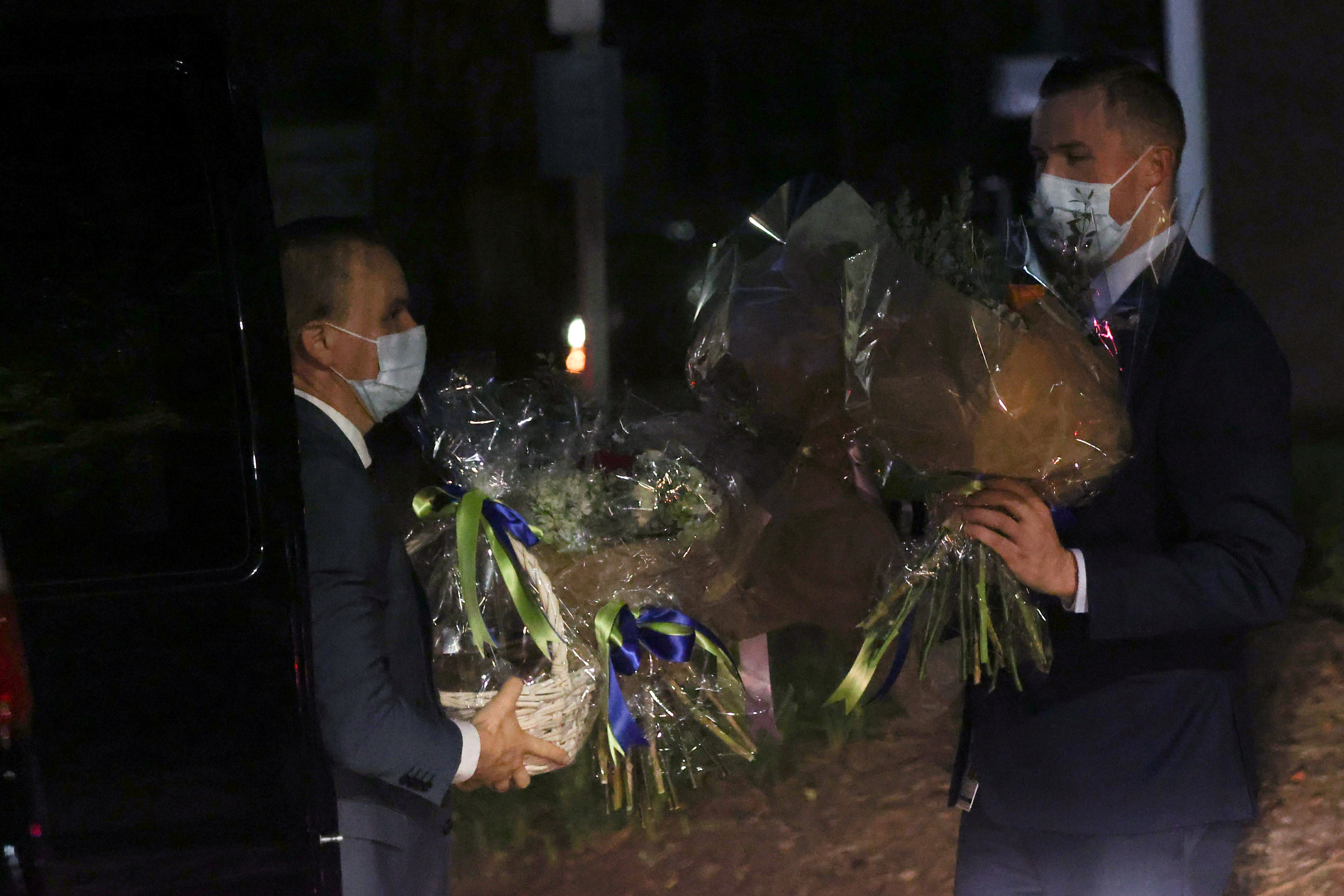