"I wouldn't say it's dead," Walsh says of the measure. "I would say that it might be on pause a bit, I hope."

The remark comes amid questions over the fate of the measure as President Joe Biden on Tuesday shifted his focus to voting rights legislation, and just over a week after Sen. Joe Manchin (D-WV), a crucial vote for passage of the bill known as Build Back Better, said he is no longer involved in talks with the White House.

Before Christmas, Manchin delivered a $1.8 trillion counteroffer to Biden's bill that included funds for climate change and health care provisions, among other programs. But Manchin later withdrew his support even for that version of the bill, after negotiations fell apart between him and the Biden administration, the Washington Post reported.

Walsh, the former Democratic mayor of Boston and ex-head of the Boston Building Trades Council, rejected speculation that the effort to pass Build Back Better has failed.

The Biden-backed version of the bill includes universal pre-K, child care funding, preservation of the expanded child tax credit, and a host of climate change spending that includes tax credits for consumers who transition to clean energy.

Versions of the bill have also included a provision long sought by labor advocates that would increase the civil penalties levied if an employer violates workers' rights under federal labor law. The measure also allocates funding for worker training programs.

While portions of the bill would help workers, the opposition to the measure on the part of Manchin does not indicate a lack of support for labor, Walsh said.

"I would not say Sen. Manchin is anti-labor," Walsh says.

"I've had many conversations with the Senator. Certainly he represents the people in the state in West Virginia, the miners in particular, the unionized that he represents very tough, very strongly." 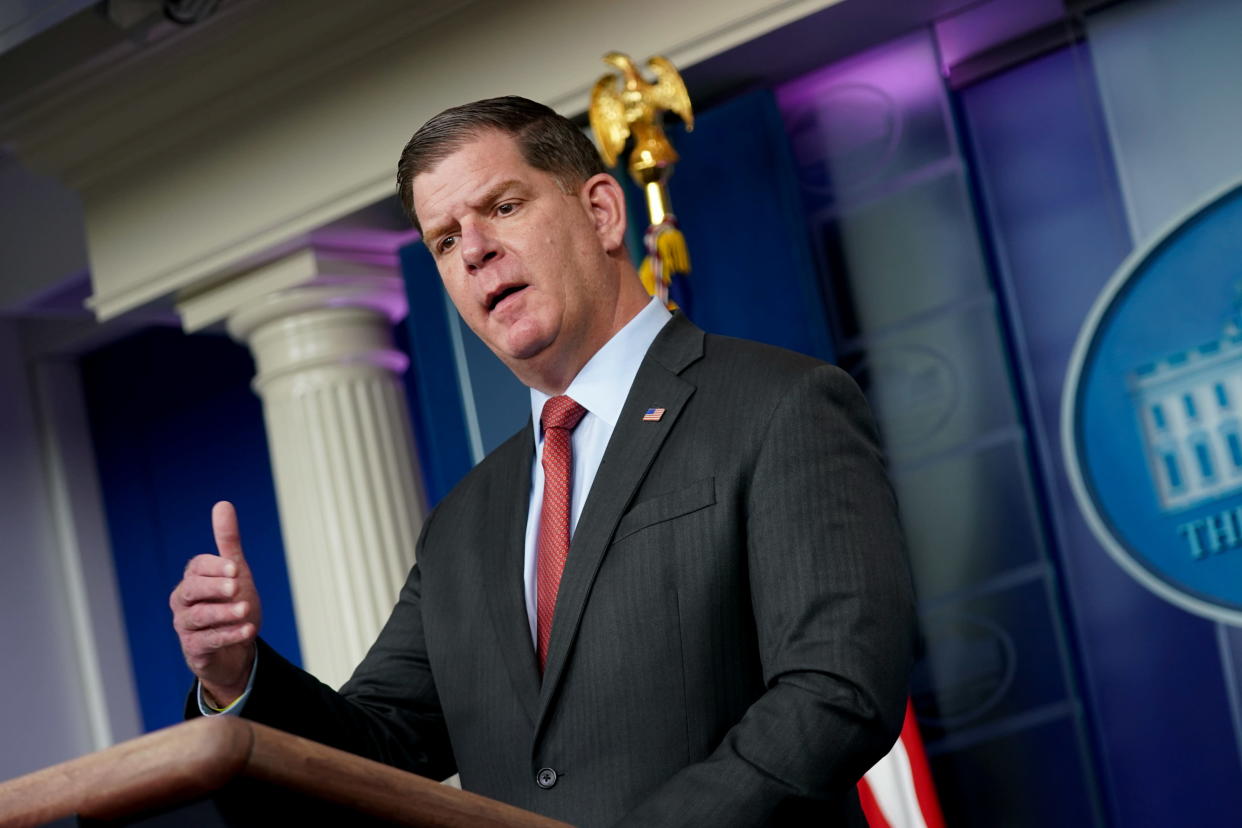 The United Mine Workers and the West Virginia A.F.L-C.I.O — two of the largest labor organizations in the state — have thrown their support behind the Build Back Better agenda.

Speaking to Yahoo Finance, Walsh highlighted what he considers far-reaching benefits of the bill that will boost the economy.

"There are some great provisions in the Build Back Better bill that I'd love to see come into into existence: Pre-kindergarten, childcare, its health care, job, training, money, all of those are important for our economy moving forward," Walsh says.