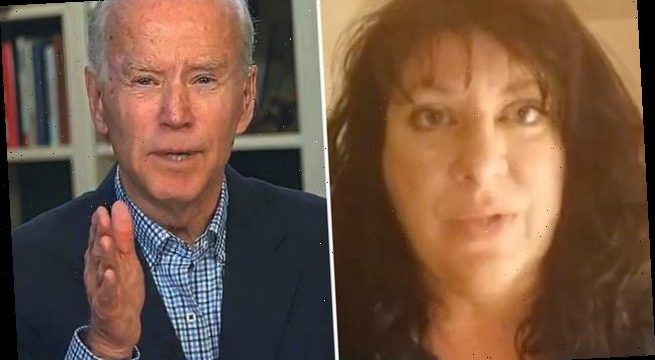 Joe Biden DENIES sexually assaulting member of his Senate staff in 1993 after she claims Democratic 2020 frontrunner pushed her against a wall, kissed her and forced his hand down her skirt

Joe Biden’s campaign came to his defense Friday over sexual assault claims an ex-staffer has made this week.

‘Women have the right to tell their story, and reporters have an obligation to rigorously vet those claims,’ Deputy Campaign Manager and Communications Director Kate Bedingfield said. ‘We encourage them to do so, because these accusations are false.’

Tara Reade, who was among the women who came out last year with stories about Biden being too handsy, now says she was assaulted by the former U.S. senator in 1993 on Capitol Hill.

Reade, who currently supports Biden’s rival, Bernie Sanders, told her story to journalist Katie Halper for her ‘Katie Halper Show’ podcast on Wednesday and has since been interviewed by Hill.TV and Vox. 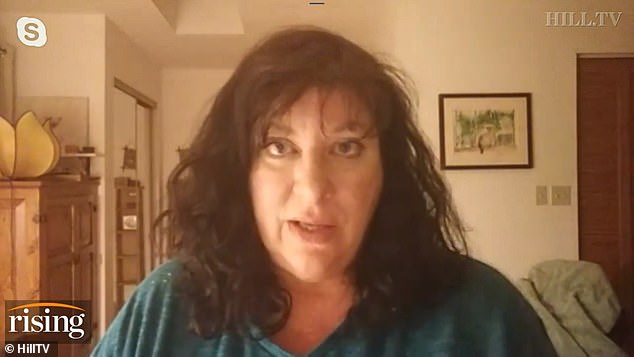 Tara Reade, who worked for Joe Biden in 1993, accused him of sexual assault in a number of interviews – including on Hill.TV – this week. She had previously accused the ex-senator of touching her neck. In new interiews she accused him of putting his hand down her skirt 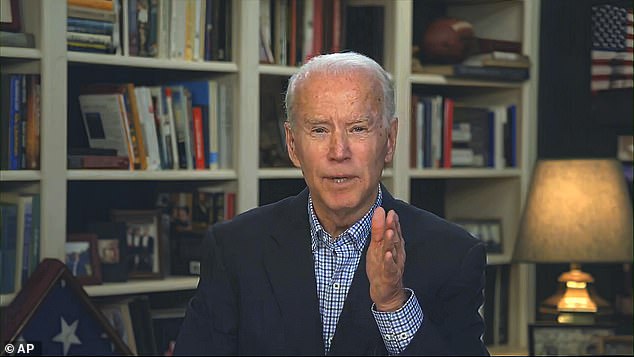 Vice President Joe Biden’s campaign defended him against accusations made by a former aide, calling the accusations ‘false’ and providing a former executive assistant as a character witness

Biden’s campaign pushed back vehemently on Friday, providing a character witness to DailyMail.com and other outlets: Marianne Baker, an executive assistant to Biden from 1982 to 2000.

‘In all my years working for Senator Biden, I never once witnessed, or heard of, or received, any reports of inappropriate conduct, period – not from Ms. Reade, not from anyone,’ Baker said in a statement, provided by the campaign.

‘I have absolutely no knowledge or memory of Ms. Reade’s accounting of events, which would have left a searing impression on me as a woman professional, and as a manager,’ Baker continued.

‘These clearly false allegations are in complete contradiction to both the inner workings of our Senate office and to the man I know and worked so closely with for almost two decades,’ Baker added.

Reade told Halper that the assault occurred after she was told to deliver a gym bag to the then-senator. Reade said she tracked down Biden on Capitol Hill and he remembered her name.

‘And then we were alone. And it was the strangest thing. There was no, like, exchange really, he just had me up against the wall,’ she said.

She said she was wearing a work skirt, but no pantyhose.

‘He just had me up against the wall and the wall was cold,’ she said. ‘His hands were on me and underneath my clothes. He went down my skirt and then up inside it and he penetrated me with his fingers. He was kissing me at the same time,’ she said.

She said that when she ‘pulled back,’ Biden ‘looked annoyed.’

Reade said Biden said to her, ‘Come on man, I heard you liked me.’

‘He implied that I had done this,’ she told the podcast host.

At first Reade didn’t want to mention the other quote that got stuck in her head, but then she told Halper what it was.

‘You’re nothing to me,’ she claimed the senator said to her. ‘Nothing.’

Another tweet from that account warned the ‘Biden campaign bots’ that she would ‘sue anyone who continues to slander me [or] call me a Russian agent. The charges of sexual harassment & worse against Biden are true I will have the information collected of your slander turned over to law enforcement.’

She then used the hashtag #BernieForPresident.

Biden defenders have accused Reade of being a Russian plant for her pro-Putin blog posts, suggesting she wants to tilt the 2020 election to President Trump.

In interviews she said she first supported Elizabeth Warren for president, then Sanders.

Reade’s account differs greatly from what she told The Union last year when Biden’s overly touchy behavior was rattling the presidential campaign he was launching, starting with an accusation from Nevada state Rep. Lucy Flores, who recalled the then-veep giving her a ‘big slow kiss on the back of my head.’

Flores, wrote an op-ed for New York Magazine’s The Cut, headlined: ‘An Awkward Kiss Changed How I Saw Joe Biden.’

Flores prompted a flurry of other anecdotes from women about the 2020 presidential candidate violating their personal space.

Reade told The Union of her experience working for Biden when she was in her mid-20s.

‘He used to put his hand on my shoulder and run his finger up my neck,’ Reade said. ‘I would just kind of freeze and wait for him to stop doing that.’

She provided documentation to the Nevada County, California newspaper that showed she had been an aide from December 1992 to August 1993.

She said she was pushed out after nine months on the job after refusing to serve drinks at an event. Reade claimed Biden wanted her to waitress because he liked her legs and said she was sidelined after she refused.

She told the paper she felt objectified.

‘It’s pretty. Set it over there,’ she said. ‘Then when it’s too bright, you throw it away.’

In past writings, Reade gave other reasons for leaving Washington, including that she wanted to pursue acting.

She also said she was against the U.S. government’s anti-Russian stance in a 2018 blog post. ‘I could not stand to watch the deception and xenophobia that came from my own American government,’ she wrote. ‘It is so sad and destructive to revile another culture or country for no reason but economic gain.’

In a blog post from 2009, she held up Biden as good example for authoring the Violence Against Women Act, as she wrote about her own experience with domestic abuse. In that post, she also said she left Washington because her boyfriend was working on a congressman’s campaign based in the midwest.

When Reade was asked this week why she chose now to disclose her story she told Vox that she was ‘too scared.’

‘I just wasn’t quite ready,’ she added.

She made similar statements on Hill.TV.

The Intercept’s Ryan Grim put the whole thing in motion when he reported Tuesday that Reade had approached the group Time’s Up with her accusation against Biden, but they didn’t want to take on a case involving a federal candidate because it could jeopardize the group’s non-profit status.

In doing additional reporting Grim talked to Reade’s friend and brother whom said she told them about the sexual assault by Biden in 1993.

‘Woefully, I did not encourage her to follow up,’ her brother told The Intercept, a publication that leans toward progressive candidates like Sanders. ‘I wasn’t one of her better advocates. I said let it go, move on, guys are idiots.’