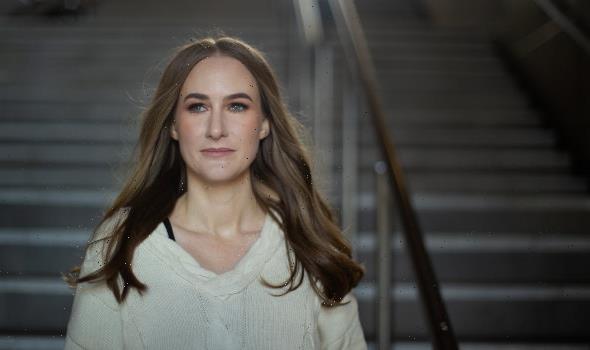 Early this year, I did something I’ve rarely, if ever, done during my time as a journalist. I messaged some of my family and told them something about a story that wasn’t ready to be published. 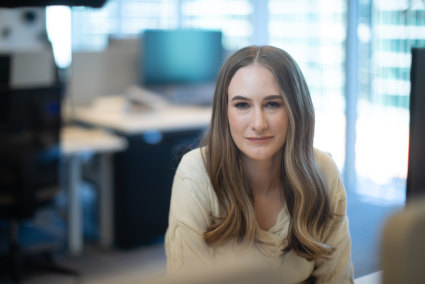 “What The Age has revealed through its reporting is that this fundamental aspect of the triple-zero service failed, at times on an extraordinary scale,” writes health editor Aisha Dow.Credit:Simon Schluter

“This is a gloomy message, sorry,” I wrote in a WhatsApp group.

“But I’m working on a terrible story and felt like I should say that if you need to call triple zero at the moment for an ambulance, there are long call delays, so don’t hang up – you’ll go to the back of the queue. Hang on until you are connected.

“You may also want to consider starting to drive to the hospital if you can while waiting to get through.”

The story I was working on was scary in a way that few are because the crisis at Victoria’s triple-zero agency, the Emergency Services Telecommunications Authority (ESTA), was something that could affect all of us.

Most of us will need to call triple zero some time in our life. We would expect someone waiting at the end of the line, able to dispatch help and give first-aid advice. What The Age has revealed through its reporting is that this fundamental aspect of the triple-zero service failed, at times on an extraordinary scale.

It was May last year, months before the first known death linked to the delays, when we first got wind of the problem. State political reporter Paul Sakkal wrote that people calling triple zero were waiting for more than two minutes to get through to an ambulance dispatcher, amid a 20 per cent jump in demand. Most calls should be answered within five seconds.

One would expect these significant delays to have been a major warning sign, especially in a pandemic. What we now know is that call time performance held up OK for a while before a rapid deterioration in September last year as the state was hit by a worsening Delta outbreak. On several days that month, one in five calls weren’t being answered in time.

As my colleague Nick McKenzie would reveal, by October there were calls that took more than 30 minutes to be answered by ESTA. When Preston father Nick Panagiotopoulos rang for help suffering chest pain, his first call reportedly went unanswered for four minutes. He hung up and tried again. His family and neighbours also called. It took about 15 minutes from the first call for them to connect. When the paramedics arrived, they were unable to save him. 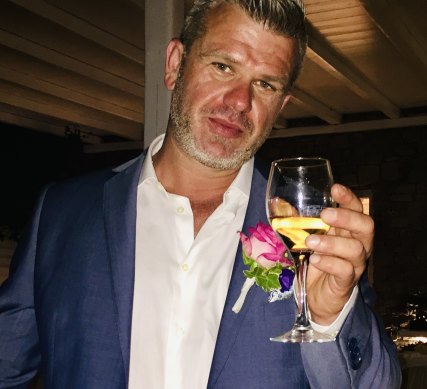 Nick Panagiotopoulos died in October while waiting for an ambulance as ESTA delays prevented his call from getting through.

By the time I was messaging my family in February this year, I had in front of me leaked reports of many more deaths, 12 in total, that followed notable triple zero delays. Panagiotopoulos was just the first on the list.

It was horrible reading. In one case in November in which a toddler drowned, it had taken almost six minutes for the call to connect to ESTA. There was also 14-year-old Alisha Hussein. Her mother would tell The Age’s investigative team about how she was forced to drive her dying daughter to hospital after being unable to connect to an ESTA ambulance operator for at least 15 minutes.

These stories, and a segment on 60 Minutes by McKenzie that ran at the same time, were accompanied by a Victorian government pledge of $115 million to reform the service and bring in hundreds more staff. More money followed.

The situation became an election issue thanks to grieving families who courageously shared their stories, but also the many staff working within emergency services who risked their jobs to tell us about what they knew. ESTA reports performance data only through its annual report (the latest is yet to be released), meaning to tell this story we have often relied on leaked information and first-hand accounts from those not meant to speak to us.

So where to from here? To begin with, some good and bad news. The good news is that the crisis has drastically eased. The last leaked information I have seen shows that while there are still calls not being answered on time, they are a much smaller proportion of the total than earlier this year. The bad news is that this week we reported more than 1000 Victorians could have come to harm through the crisis. Meanwhile, the number of deaths linked to triple zero delays has grown to 14 adults and four children.

Of course, whether these people could have survived with more timely care is not something we have the capacity to judge. A long-awaited report by ESTA’s regulator on Victoria’s emergency call-answer performance is expected to be publicly released shortly, and the coroner is now considering whether to conduct a group investigation into at least five deaths linked to emergency call delays.

Unfortunately, I expect this story still has some way to go, and this is not the last time you will hear from us on it. In the words of a report from ESTA’s regulator, ”the actual consequences of degraded call answer and response times for the community may not be clear for some time”.

One of the big questions I have is whether enough was done to act on early signs that ESTA’s call answering performance was slipping, and to warn the public once the crisis hit.

This was the view of an ESTA call taker I spoke to recently: “It’s just a shame. We’ve been talking about this for so long, but it was ignored until it made the papers.”

In several of the call delay cases in which people later died, those who had been on hold had hung up and redialled, probably not realising it would send them to the end of the queue. Putting myself in their shoes, I can understand why they may have been confused. These are calls that should never be left waiting.