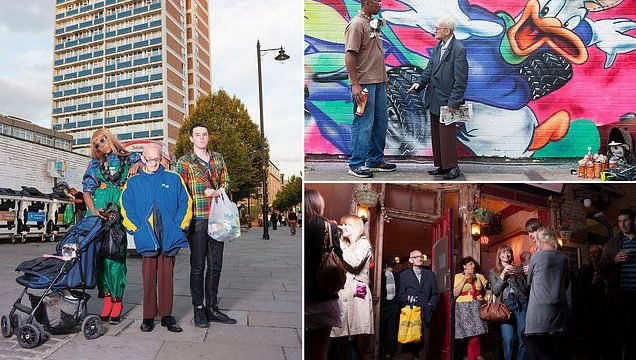 The gent… and the gentrified: Londoner who’s lived in East End for 86 years and only left city once is still just as at home among today’s laptops and lattes as he ever was

An 86-year-old man who has lived in East London his whole life has been photographed among the young people of the changing area in front of graffiti walls, pubs and tower blocks as part of a book about his life.

Joseph Markovitch has been pictured in various scenes of modern life by local photographer Martin Usborne as he writes about humorous anecdotes from his many decades in ‘I’ve Lived in East London for 86½ Years’.

One of the most striking photographs features him sipping a hot drink in a cafe flanked by two people working on laptops, while another shows him standing in a park at night with a group of young women.

Mr Markovitch, who has left London only once, reveals how he was born in Old Street in 1927 and tells how ‘some of the kids used to beat me up, but in a friendly way’, adding: ‘Hoxton was full of characters in those days.’

He writes in the book, which was first published in 2013, about a mayor called Mr Brooks who was also a chimney sweep – but had died after falling off a ladder while putting up decorations before the coronation.

Mr Markovitch also refers to a woman called Maria who was 6ft tall and ‘used to attack people and put them in police vans’, along with a man called Brotsky ‘who used to kill chickens with a long stick’.

He tells how he worked two years as a cabinet maker in Hemsworth Street off Hoxton Market, before spending 20 years on Hackney Road putting rivets on luggage cases under a foreman whom he described as a ‘b*****d’.

‘I’ve Lived in East London for 86½ Years’ by Martin Usborne is published by Hoxton Mini Press for £12.95 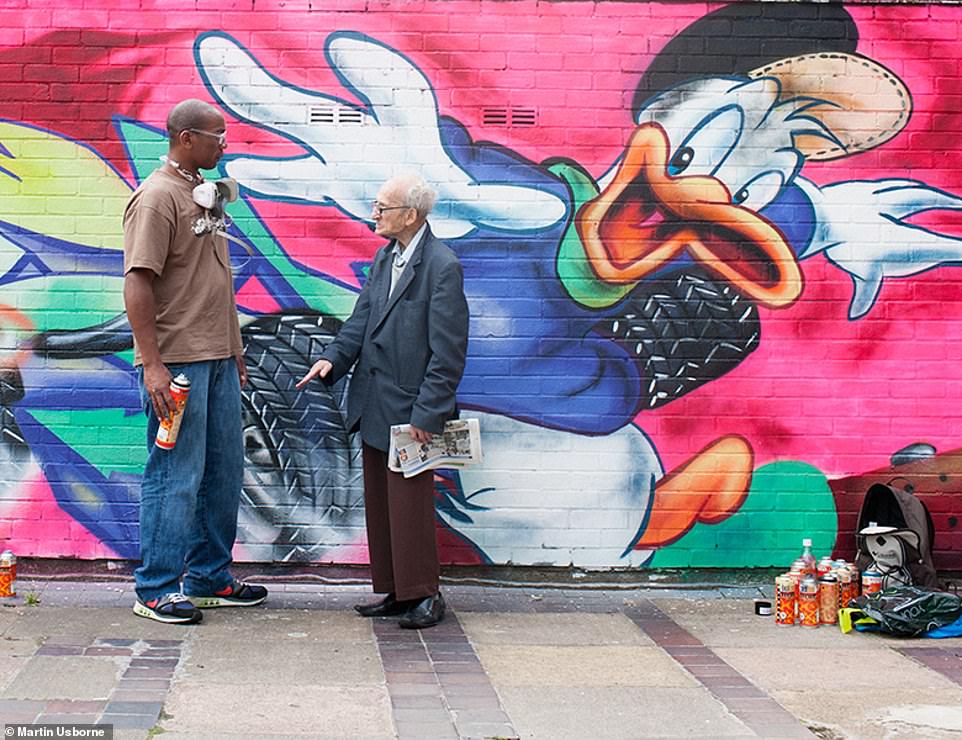 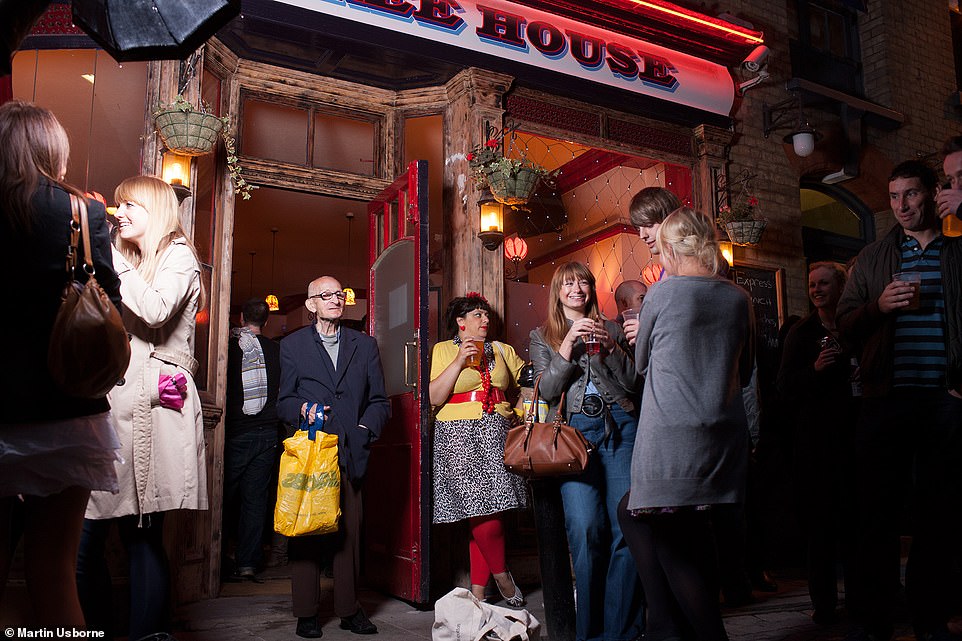 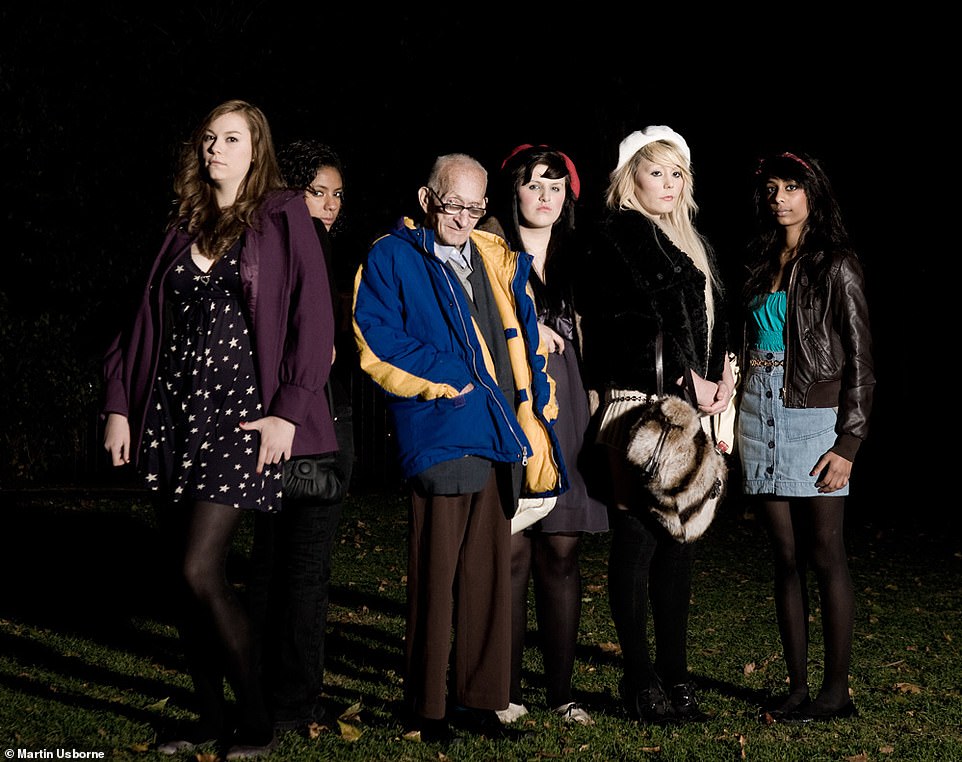 Mr Markovitch, who was born in Old Street in January 1927, is pictured with a group of young women in East London 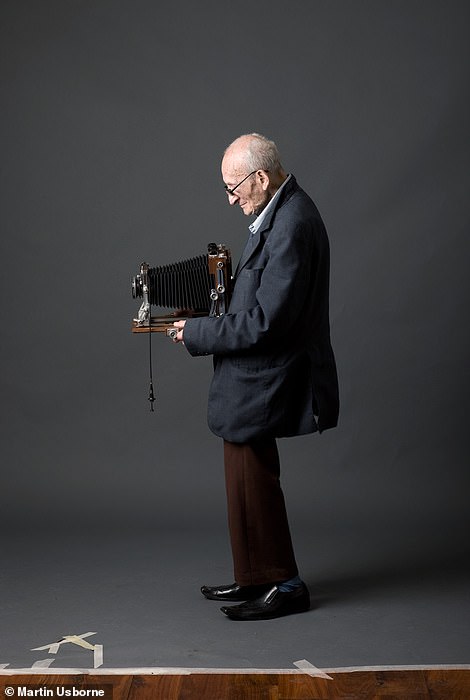 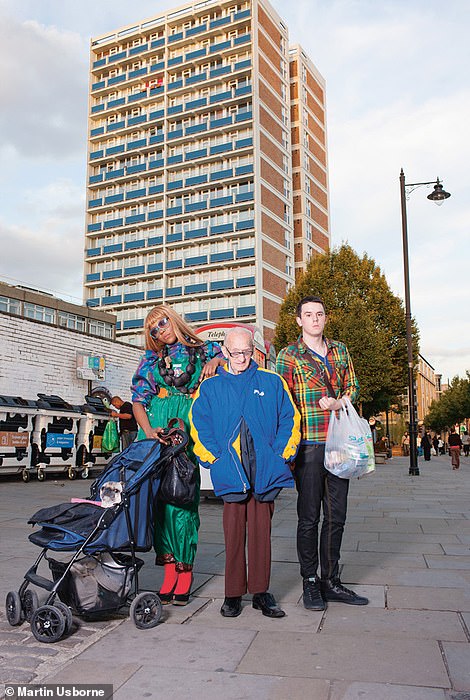 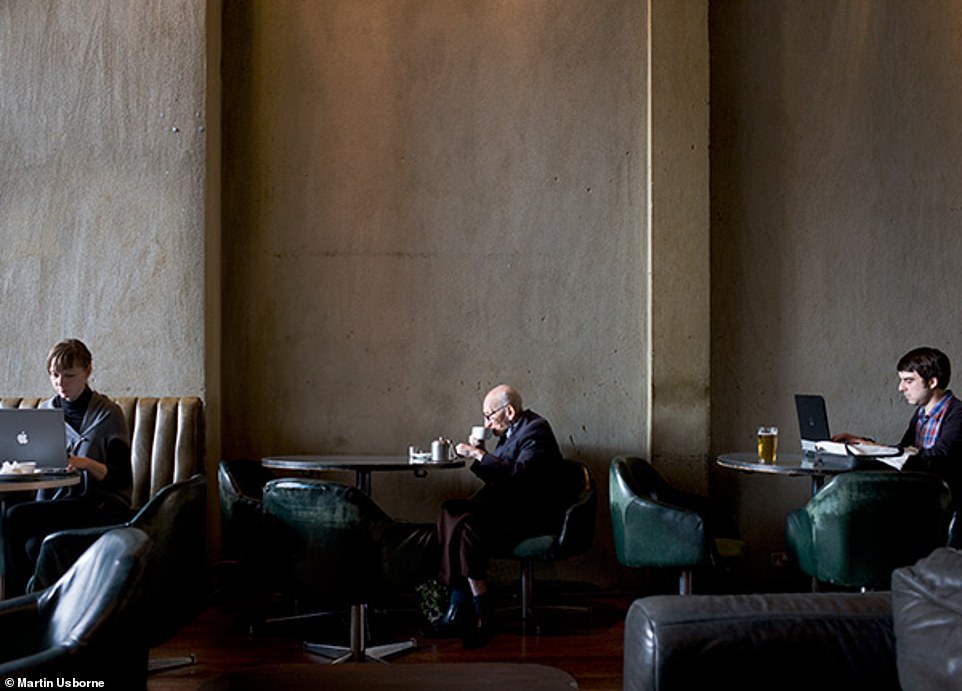 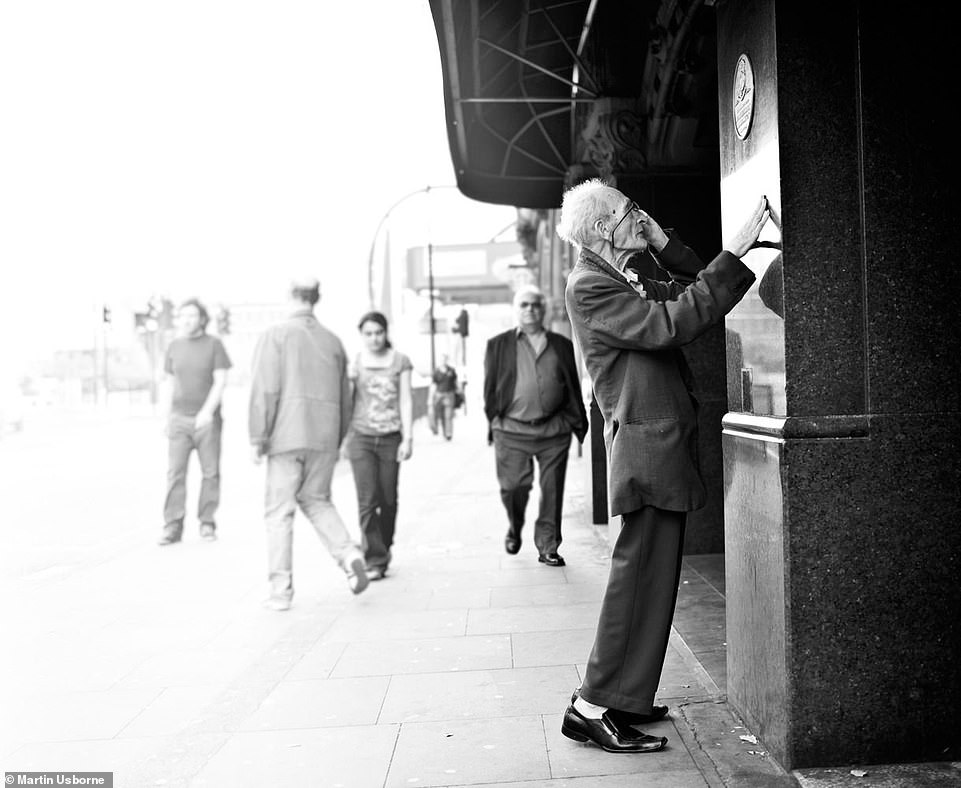 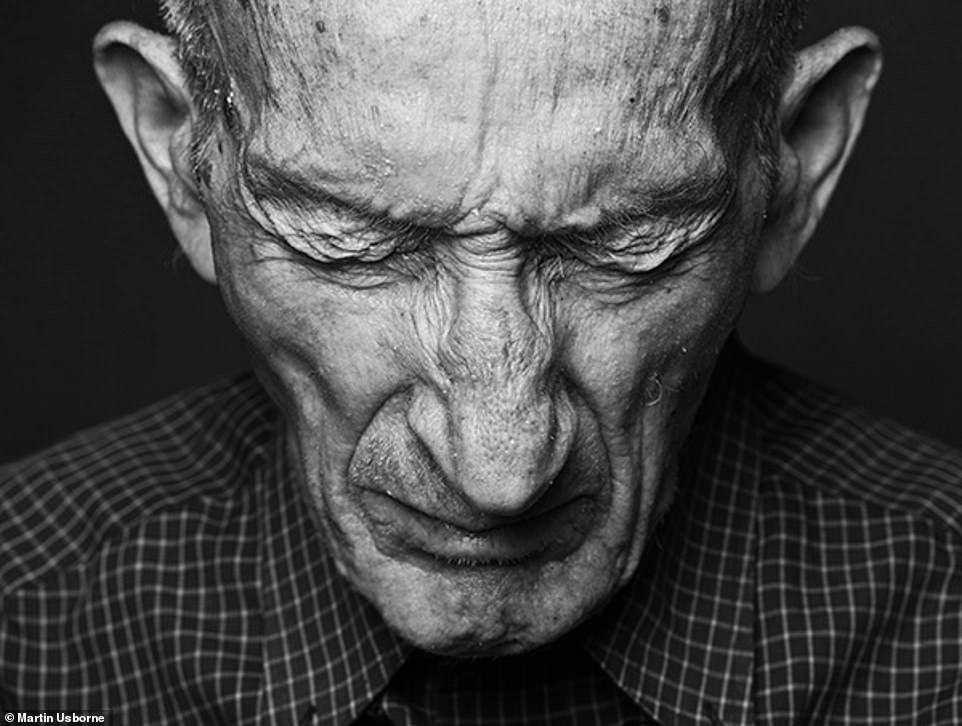 Mr Markovitch reveals how he was born in 1927 and tells how ‘some of the kids used to beat me up, but in a friendly way’ 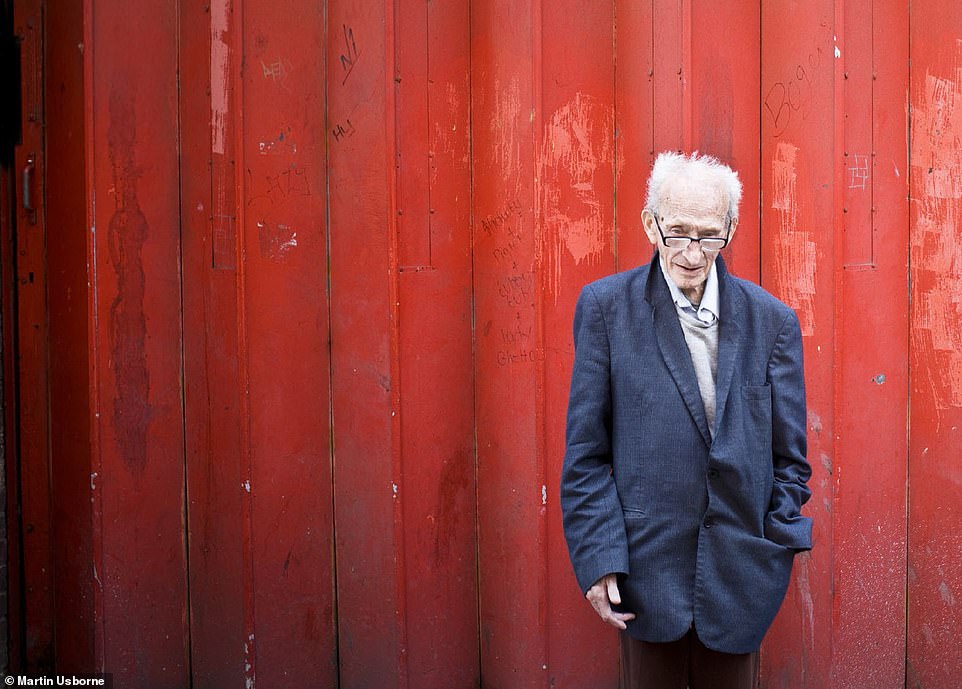 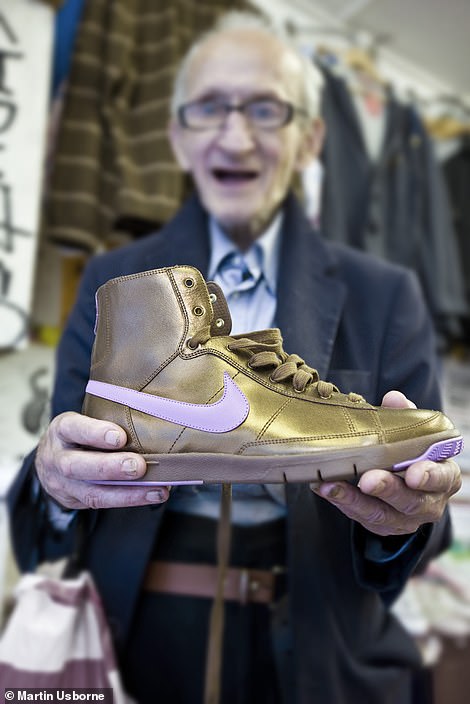 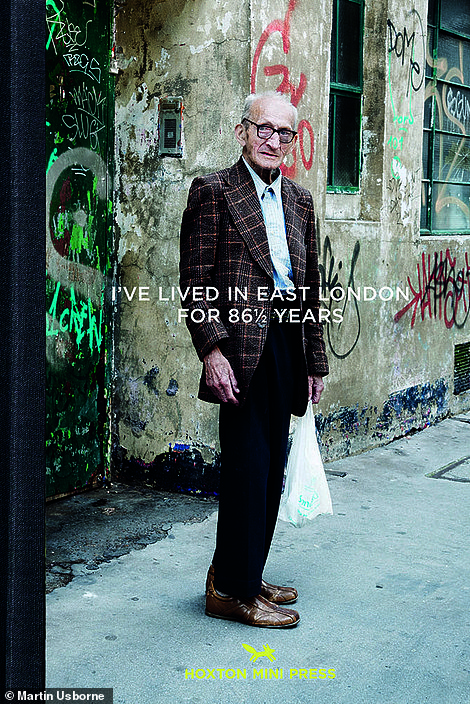 Mr Markovitch holds a gold Nike shoe in a shop (left), which is one of the photos in the book available for £12.95 (right)