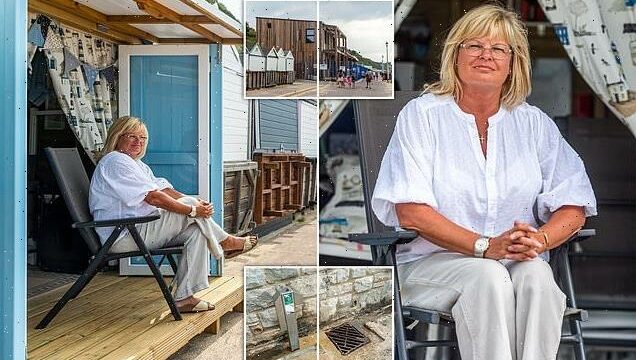 ‘The smell is unbearable’: Beach hut owners’ fury at holidaymakers relieving themselves behind their seaside properties after council demolished public loos to make way for unbuilt £2.4m eco centre

Beach hut owners have been left fuming by holidaymakers who are relieving themselves outside their huts instead of queuing to use a public portaloo after a block of public toilets was destroyed.

There used to be a block of around 30 public toilets in the block on Bournemouth promenade, but these were removed to make way for a £2.4 million eco centre to be built.

The centre is still under construction despite being due to open months ago.

The issue doesn’t just leave a foul smell for hut owners, but is also a health and safety risk due to the close proximity of a drinking water tap and drain.

Although three unisex loos were built nearby and temporary portaloos set up, the huge reduction in facilities has resulted in queues of 30 to 40 people on sunny days. 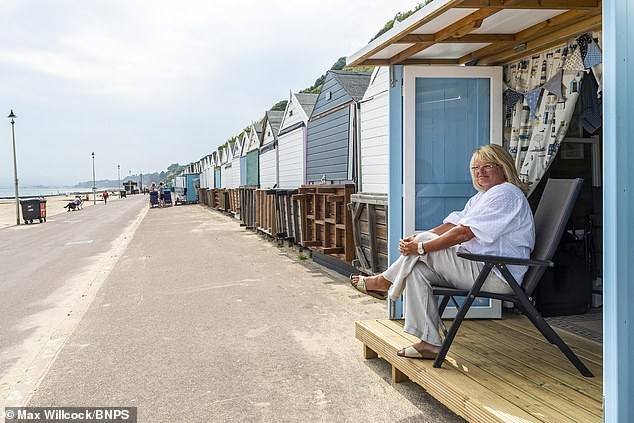 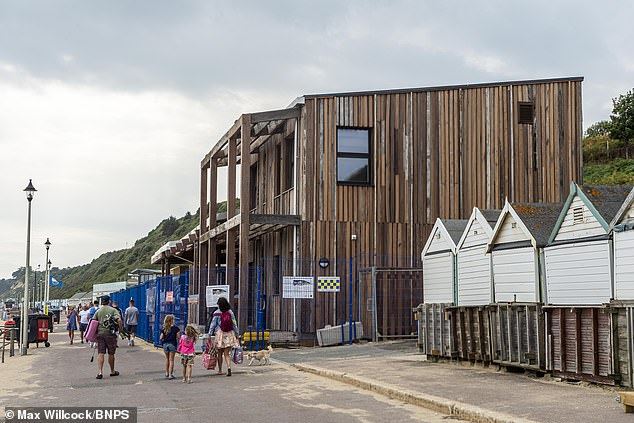 The £2.4 million eco centre is still under construction, meaning its public toilets still remain closed. It is set to open later this year after months of delay 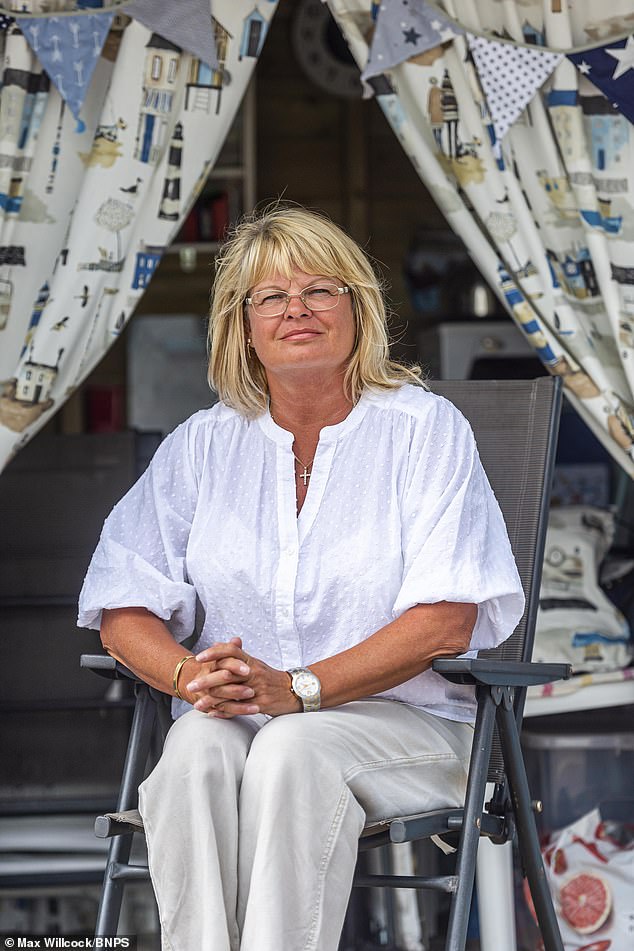 Ms Warren said: ‘Sometimes it feels like a third world country down here. We pay our rates and council tax and we aren’t getting even the most basic service back’

Now beach hut owners in Bournemouth, Dorset, have spoken of their anger after visitors started sneaking behind their row of wooden cabins to go rather than wait for up to 20 minutes in line.

They say they have tried confronting those using their huts as a convenient outdoor toilet, but have been met with a torrent of abuse.

They have now accused Bournemouth, Christchurch and Poole Council (BCP Council) of sacrificing human dignity over a £2.4m ‘vanity project’.

Tracy Warren, 58, has had her beach hut for seven years after being on a waiting list for 13 years.

She said: ‘They have taken away the big toilet block and put an eco hub in its place and replaced it with a handful of toilets. They are totally inadequate.

‘Sometimes it feels like a third world country down here. We pay our rates and council tax and we aren’t getting even the most basic service back.

‘People tend to leave the beach to use the loo at the last minute. They then realise there is a 15 minute queue and the see the gap behind our huts and just urinate there. It is disgusting.

‘The smell from behind the huts is unbearable.

‘The local council has taken away a public facility and replaced it with an eco hub which nobody can use.

‘It is a vanity project which the council deemed more important than the most basic of human needs.

‘The council needs to give us back our human dignity and replace what has been taken away.’

Local resident Jenny Thrift said: ‘They have knocked down the gents. My husband informs me there were roughly the same amount of toilets plus a thirty foot urinal.

‘The beach hut owners are horrified as people who can’t queue go to the back of the huts and even in the drinking water drain.’ 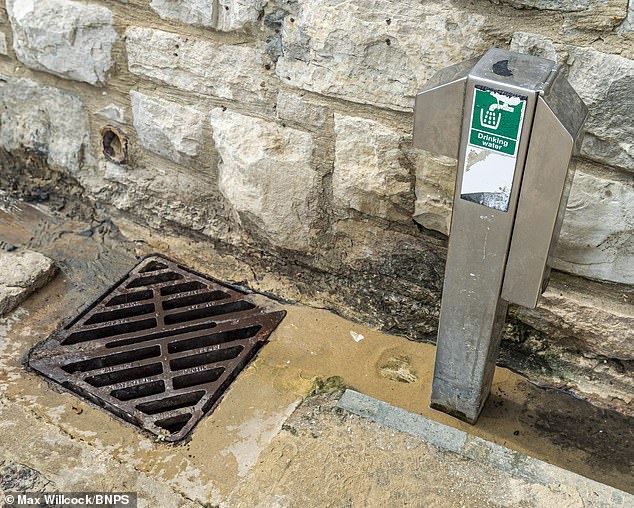 Natalie Hands said: ‘A perfectly adequate block has been knocked down and the new facility is not built. Said new facility does not come anywhere near to replacing the facilities lost even when it’s built.

‘I work in environmental education so I understand the logic beyond the hub, but I really feel the requirements of visitors have been forgotten.

‘Beach users just need a place to relieve themselves first. Then let’s worry about education. No one will learn whilst crossing their legs!’

It is due to open the autumn after months of delay and will be made up of a block of public toilets, a cafe and a two-storey education and welfare building.

The project is aimed at educating people about the importance of protecting the environment and increasing shoreline recycling whilst decreasing the use of single-use plastics.

It will achieve this by working with local and national businesses and organisations.

In 2020 a select group of beach hut owners were informed by the council that they would have to remove their huts in order for the centre to be built, with no alternative site offered.

It costs owners £2,365 per year to licence and thus own a beach hut from the council – but the council still owns the land for these sites and can therefore reclaim it.

It can take more than a decade to reach the top of the waiting list and be offered a beach hut in Bournemouth, as the town is one of the most popular in the UK for holidaymakers.

To buy a privately owned beach hut could set you back tens of thousands of pounds at Durley Chine, the site of the eco centre, or even hundreds of thousands in more picturesque Bournemouth locations.

Councillor Mark Anderson, portfolio holder for environment at BCP Council, said: ‘The Seaside Environmental Hub is nearing build completion and we’re very proud of the work that’s been done. It will be dedicated to achieving a step-change in reducing waste and eliminating single-use packaging along our beautiful seafront.

‘The Hub will be used by educational and school groups throughout the autumn and winter with the official opening taking place the following spring, when visitor numbers will be much higher.

‘When it is completed, it will also contain additional public toilets.

‘Our beach cleansing team are also involved in cleaning and disinfecting behind beach huts.’

He added that there are numerous other toilet blocks further along the promenade that get cleaned three times a day.