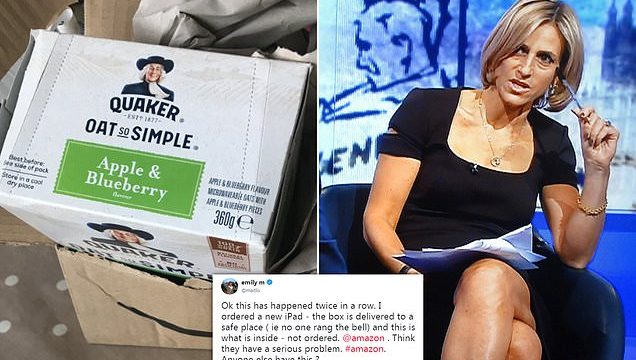 Emily Maitlis might be better known as a stoney-faced interviewer grilling politicians on their failings, but today she lost her cool – over a box of apple-flavoured oats.

Opening a delivery left at her home, which she hoped to be a new iPad, she was left furious to find a box of apple and blueberry flavour Quaker Oats in its place.

According to Maitlis, who vented about the incident on social media, it is the second time her tablet order from online store Amazon has been incorrect. 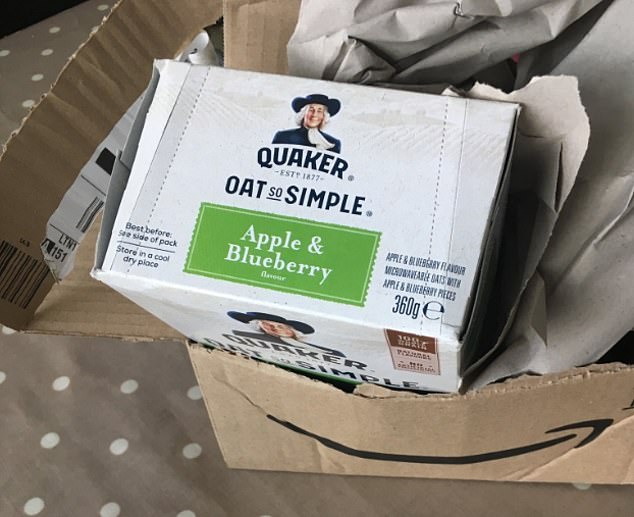 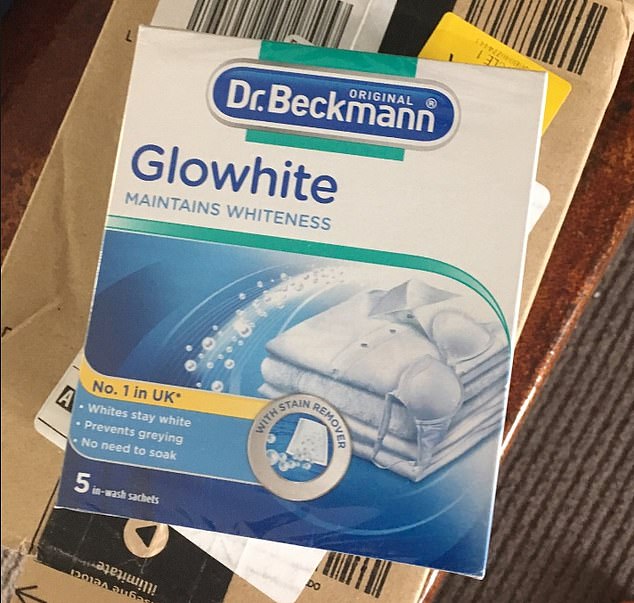 Maitlis also revealed that the first time she ordered an iPad, just days before, she had received clothes whitening tablets instead

Slamming the company for having a ‘serious problem’ with making incorrect orders, the BBC veteran also asked her followers what problems they had experienced.

‘Ok this has happened twice in a row. I ordered a new iPad – the box is delivered to a safe place ( ie no one rang the bell) and this is what is inside – not ordered,’ Maitlis said in a tweet posted with a picture of the delivery.

‘@amazon. Think they have a serious problem. #amazon. Anyone else have this?’

Maitlis also revealed that the first time she ordered an iPad, just days before, she had  received clothes whitening tablets instead.

Some saw the funny side to the situation, commenting how the deliverers might have confused their apple-related products.

‘You got an Apple product, just not the right Apple. That’s 50% success to them,’ joked Mark Burnley.

But several others said they have had similar problems from the global delivery service, including receiving completely different items to those they ordered, and not receiving proper refunds.

Melissa Fife said: ‘I had same thing – instead of Garmin forerunner watch… random gardening item worth £3 delivered instead and my account said that watch had been delivered. No bell ring from delivery either.’

Patrick Smith responded: ‘I order three books, one of which was yours.. I got three completely different books delivered, I live in Sweden. Had to pay for return to UK and then they charged for the 3 books that I didn’t receive because I took too long to return them!’

It is not believed that the box had been tampered with, and Maitlis said she had now been in touch with a customer service agent to solve the issue, although also said that the problem was becoming ‘systemic’. 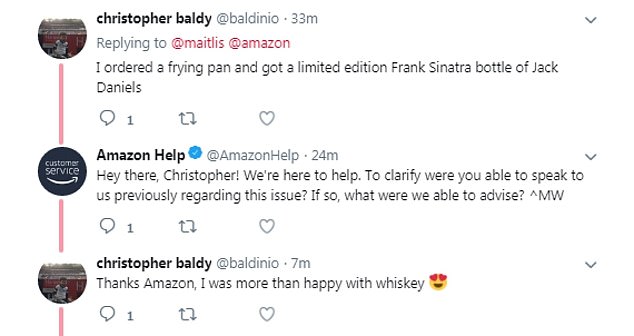