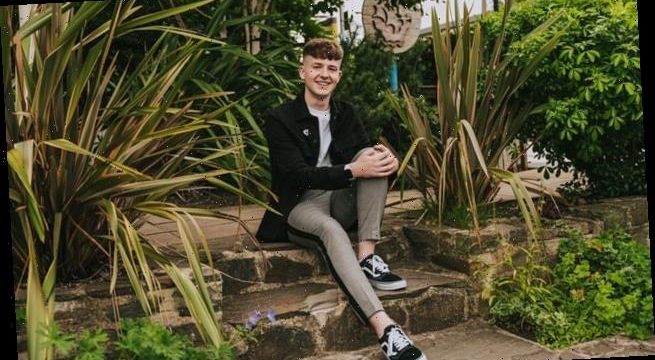 YouTube prankster, 20, who ALREADY rakes in £100,000-a-year and dyed his dog BLUE is named as 40th Blue Peter presenter in BBC’s latest bid to freshen up 62-year-old children’s programme

A YouTuber who rakes in £100,000 a year through his online channel has been unveiled as Blue Peter’s new presenter.

Adam Beales – who has nearly three million viewers already on his Adam B feed – has been brought in by the BBC in a bid to freshen up the children’s TV show.

Beales, 20, who bought his parents their £165,000 house, will be officially unveiled on Thursday alongside the current line-up of Lindsey Russell, Richie Driss, Mwaka Mudenda and Henry the dog.

He recently revealed fans’ parents had been ‘creeping him out’ after publishing his address online and planning to visit him.

And Companies House public documents already show his star power, with his most recent accounts showing his YouTube firm’s current assets rose £113,080 in just one year.

He said: “I’m super excited to become Blue Peter Presenter number 40. I am humbled and ecstatic to be part of such a legendary production. 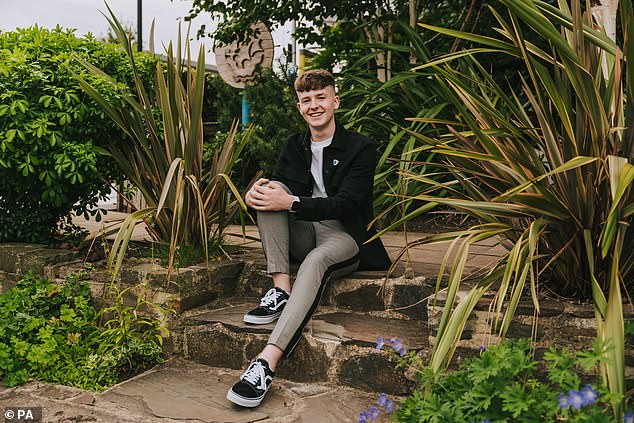 Adam Beales, 20, is the new Blue Peter presenter and has a history in broadcast from YouTube

“It’s kind of weird – in a super exciting way – that the show I once watched when I was younger, is now the show I will be presenting along with the talented Lindsey, Richie, Mwaksy and of course, Henry.

“I can’t wait to get stuck in, even with the challenges they throw at me, though I am hoping none of them involve cheese – I hate cheese!”

Beales is a regular face on CBBC’s The Dog Ate My Homework, hosted by Love Island narrator Iain Stirling.

He was head boy at school and was considering Oxford or Cambridge universities before his YouTube channel took off, which now has nearly three million subscribers.

His mother, father and younger brother, 11-year-old Callum, often feature in his videos, which include pranks, challenges, DIY crafts and life hacks.

One of his more memorable ones just last week appeared to be a hint at his new job, when he dyed his pet dog blue.

And in June this year he expressed concern about people turning up to his house unannounced.

He wrote on his Twitter page: ‘I’ve seen a Facebook thread going around with parents discussing where I live, what number house I live in, planning to go visit the house, when and where they’ve seen me outside the house.

‘If you come across anything like this online, please report it. It creeps me out.’ 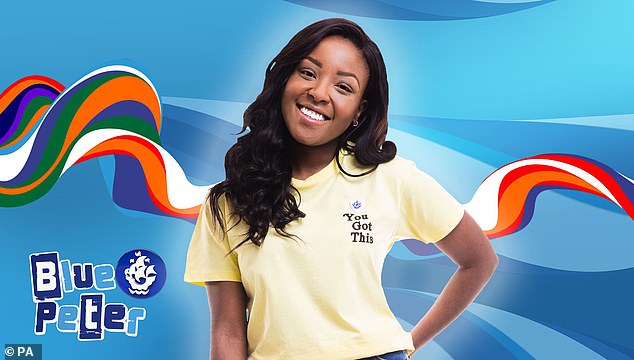 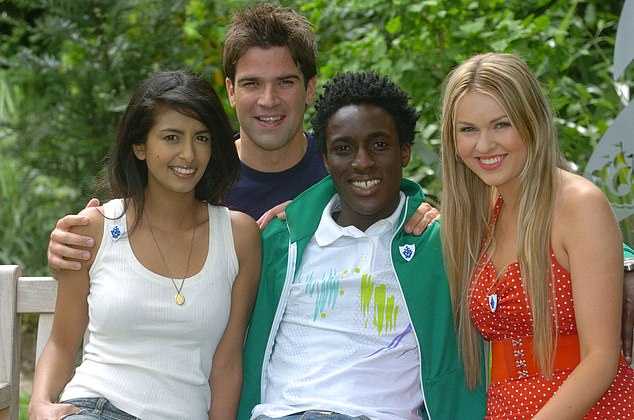 Beales’ first Blue Peter challenge will see him winched down a cliff face to complete a training exercise with the Buxton Mountain Rescue Team.

Show editor, Ellen Evans, said: “Adam really impressed us during his auditions, he’s a natural in front of the camera but he’s also very funny, incredibly warm, brilliant with kids and also perhaps a little bit mischievous which the Blue Peter audience will absolutely love.”

Head of BBC Children’s in house productions, Helen Bullough, said: “Throughout lockdown Blue Peter fans have been telling us how much they’ve enjoyed and appreciated the show’s unstinting commitment to engaging, inspiring and entertaining them and we can’t wait for presenter Number 40 to join us and get stuck in!

“Adam is playful, thoughtful and already popular with our audience, who I’m sure will give him the biggest ever Blue Peter welcome.”

Beales will make his Blue Peter debut on CBBC and BBC iPlayer at 5.30pm on Thursday.

Food writer Vicky Bennison, 59, runs The Pasta Grannies, or nonnes, which started four years ago when she jetted to her second home in Italy from south London.

The Grannies, some in their nineties, want to preserve the traditional recipes and share them with the world as increasing numbers of young Italians opt for dried pasta and ready made sauce over making it from scratch. 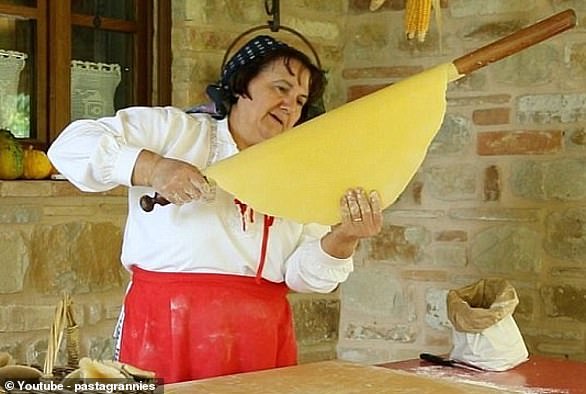 Park Makrye, 72, has earned herself celebrity status in her home country for her hilarious videos, documenting her day-to-day life as a fashion-forward pensioner who is fighting off the risk of dementia daily.

Posting under the moniker Korea Grandma, she shares everything from her top make-up tips to her colourful adventures abroad.

She is now sitting pretty with 787,675 subscribers. 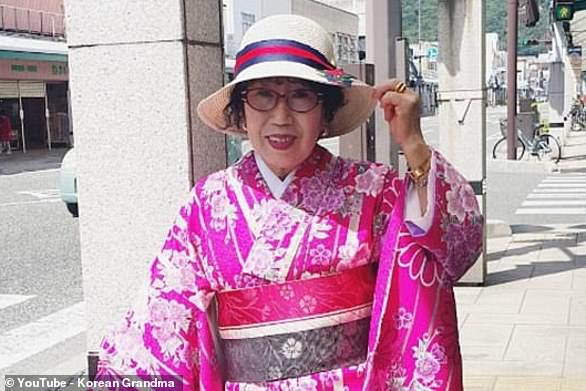 Judy Graham, who is now in her 80s, began online tutorials about knitting after complaining to her son it was a myth that older people did not know how to use technology.

Her lessons are short and simple, and attract an audience that spans the age range. 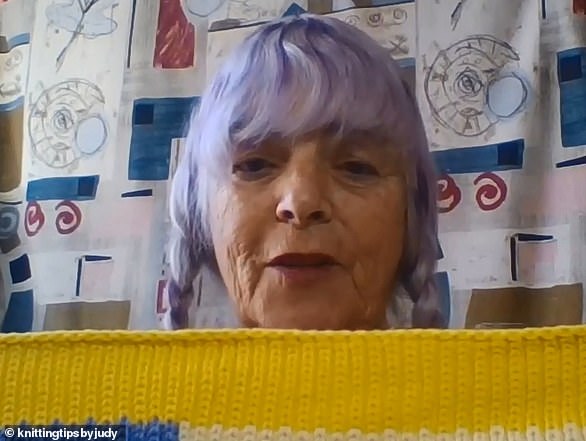 Judy Graham, who is now in her 80s, began online tutorials about knitting after complaining to her son it was a myth that older people did not know how to use technology

Felix Kjellberg, known as PewDiePie, is the world’s most successful YouTuber, with a spectacular 91,242,230 subscribers.

Both of his parents, Johanna and Ulf Kjellberg, are successful Chief Executives of their respective companies in Sweden, although he lives in Brighton.

His career has not been without controversy, however, and he has previously earned blacklash for including racist and antisemitic messages in his videos. 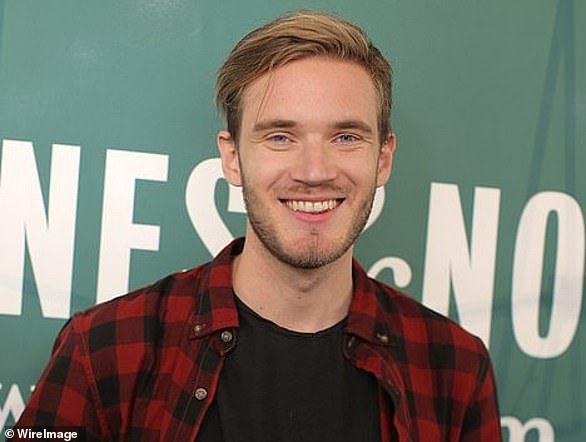 Felix Kjellberg, known as PewDiePie, is the world’s most successful YouTuber, with a spectacular 91,242,230 subscribers

Zoe Elizabeth Sugg, 28, goes by the YouTube name Zoella, and has made millions from her videos.

She is the older sister of Joe Sugg, who is also a YouTuber and internet personality known on YouTube as ThatcherJoe. 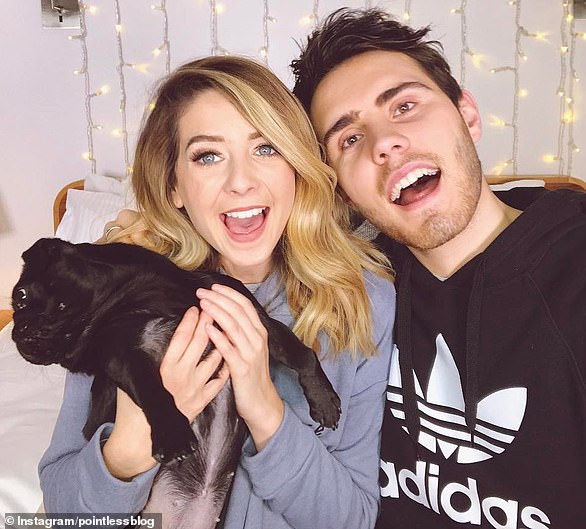 Zoella lives in a Brighton mansion with boyfriend and fellow YouTube star Alfie Deyes, pictured together. The couple frequently offer fans a look inside the property on social media

KSI, which stands for knowledge, strength, integrity, first arrived on the YouTube scene in 2009 and won NME Award for Vlogger of the Year in 2016.

He has upwards of 20million subscribers. 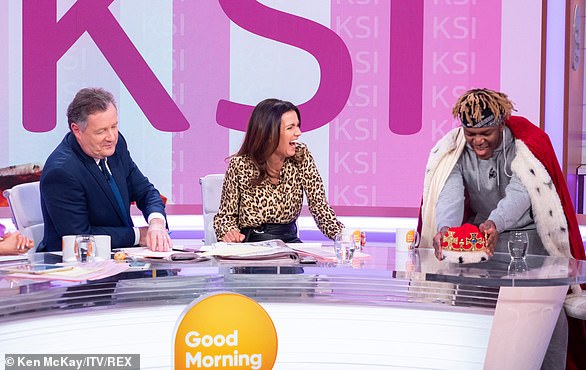 KSI, which stands for knowledge, strength, integrity, first arrived on the YouTube scene in 2009 and won NME Award for Vlogger of the Year in 2016. He is seen on Good Morning Britain on March 20