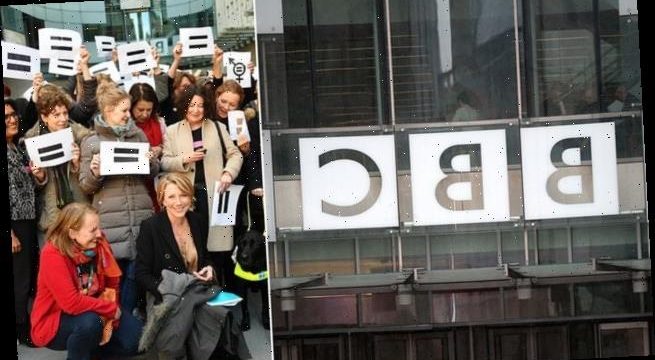 The BBC has spent £2.3 million in three-and-a-half-years settling staff disputes before they can reach employment tribunals.

Fifty-nine settlements were paid out to dissatisfied staff of the public broadcaster during the period, in an effort to avoid tell-all employment tribunals, The Sun reports.

A further £221,178 was spent on the settlements during the first six months of the pandemic, from April 2020 to September. 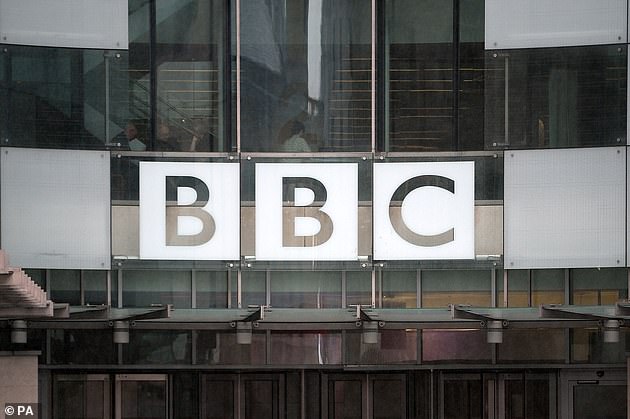 The BBC has spent £2.3 million in three-and-a-half-years settling staff disputes before they can reach employment tribunals

A source told The Sun that the BBC was facing ‘a serious management issue’ surrounding the pay outs.

In one such case News producer Natalie Morton received a £40,000 payout after suing the BBC claiming she was bullied into a dangerous assignment during which she was nearly blown up in Syria.

The war journalist, 44, was struck down by ‘severe’ post-traumatic stress disorder and anxiety following the blast in April 2014 which ended her career, saw her turn to drink and traumatised her so much that she now cannot even watch the news.

Ms Morton was with the BBC’s chief war correspondent Lyse Doucet in Homs when a bomb landed close to her car, showering it with shrapnel. 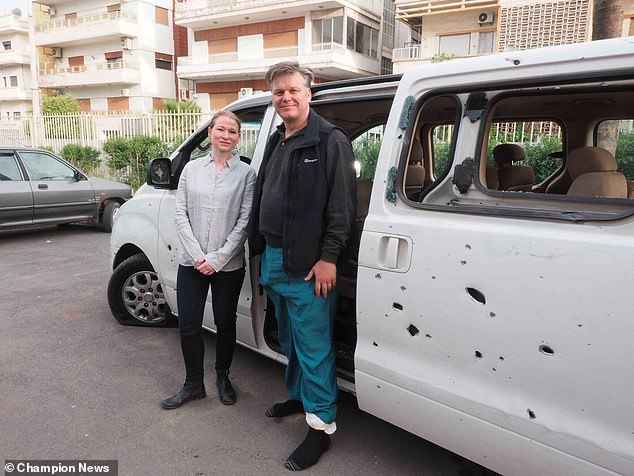 News producer Natalie Morton, pictured with cameraman Phil Goodwin after nearly being blown up in Homs, Syria, in April 2014, claimed she was bullied into a dangerous assignment

A cameraman suffered 35 shrapnel injuries and Ms Morton said the blast destroyed her mental health, although she escaped with minor injuries.

The BBC paid the settlement without ‘admission of liability’ for Ms Morton’s ill health.

The equal pay scandal, which has been a huge source of controversy at the BBC, is also said to have added to an already stretched budget – as payments for female staff in cases brought against the employer reach into the millions, The Sun reports.

Last year, it reached a settlement with journalist Samira Ahmed after she won an equal pay case. 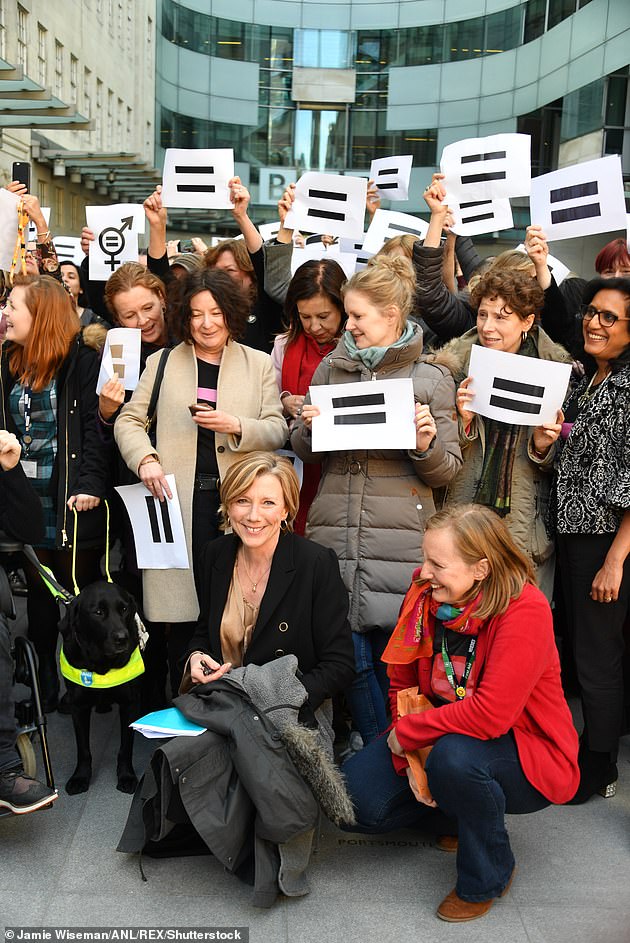 An employment tribunal found she should have been paid the same for her work on Newswatch as Jeremy Vine was on Points Of View.

Broadcaster Sarah Montague confirmed in January last year that she had won a £400,000 settlement from the BBC over unequal treatment.

Carrie Gracie quit her role as China editor in January 2018 in protest at pay inequality.

A BBC spokesperson said: ‘The BBC is extremely conscious of how and why it spends licence fee money at all times.

‘Like any employer, we aim to deal with any staff disputes as swiftly and amicably as possible and on occasion, where necessary, this will result in a settlement being reached.’