A WHOPPING 11 million car journeys are set to be made over the Bank Holiday weekend, with the 26C scorcher likely to cause congestion.

Millions of Brits have already hit the road for the start of the half-term holidays – with lunchtime traffic at a standstill.

🔵 Read our UK weather live blog for the latest forecasts

There were hold-ups on the M25 at Leatherhead, Surrey, as families started to head off on their weekend getaways.

The A14 in Cambridge was also chock-a-block as motorists prepared for a weekend of sun.

An estimated 10.8 million leisure trips are expected to be made by car this weekend, according to the RAC.

Saturday and Bank Holiday Monday are set to be the busiest days on the roads, with two million separate journeys each day.

And the RAC expects even more drivers to take to the roads if the sun is shining.

Temperatures are set to soar to highs of 26C after weeks of torrential rain and gales.

It will be hotter than Ibiza over the coming days, followed by a two-week heatwave.

The Met Office said temperatures will rocket to 25C on Sunday and Monday in west London – while Ibiza struggles to hit 21C.

It comes as the mercury climbed above 20C yesterday for only the second time this month.

Spring has been plagued by thunderstorms and gales, a stark contrast to the balmy sunshine this time last year.

Wales has suffered its wettest May on record, with figures going back to 1862 – and there's still another week of the month to go.

But forecasters are predicting the Bank Holiday weekend will be brighter and warmer, with London and central parts of England set to be hotspots.

Stephen Dixon, of the Met Office, said: "Warmer weather is on the horizon for much of the UK with temperatures picking up from [today].

"Heading into the weekend, the temperatures are improving with dry and sunny conditions after what has been a very wet May across the UK.

"Temperatures will be back to average for this time of year."

The hasn't haven’t been as high since March 30, when 24.5C was recorded in London.

Other parts of the South East, Wales and North West, are predicted to see top temperatures of around 20C.

Met Office forecaster Oli Claydon, said: "Showers will start to ease and temperatures will increase over the bank holiday.

"There'll be highs of up to 23C for central parts of England and possibly into London.

"There is a slow progression towards warmer and drier conditions." 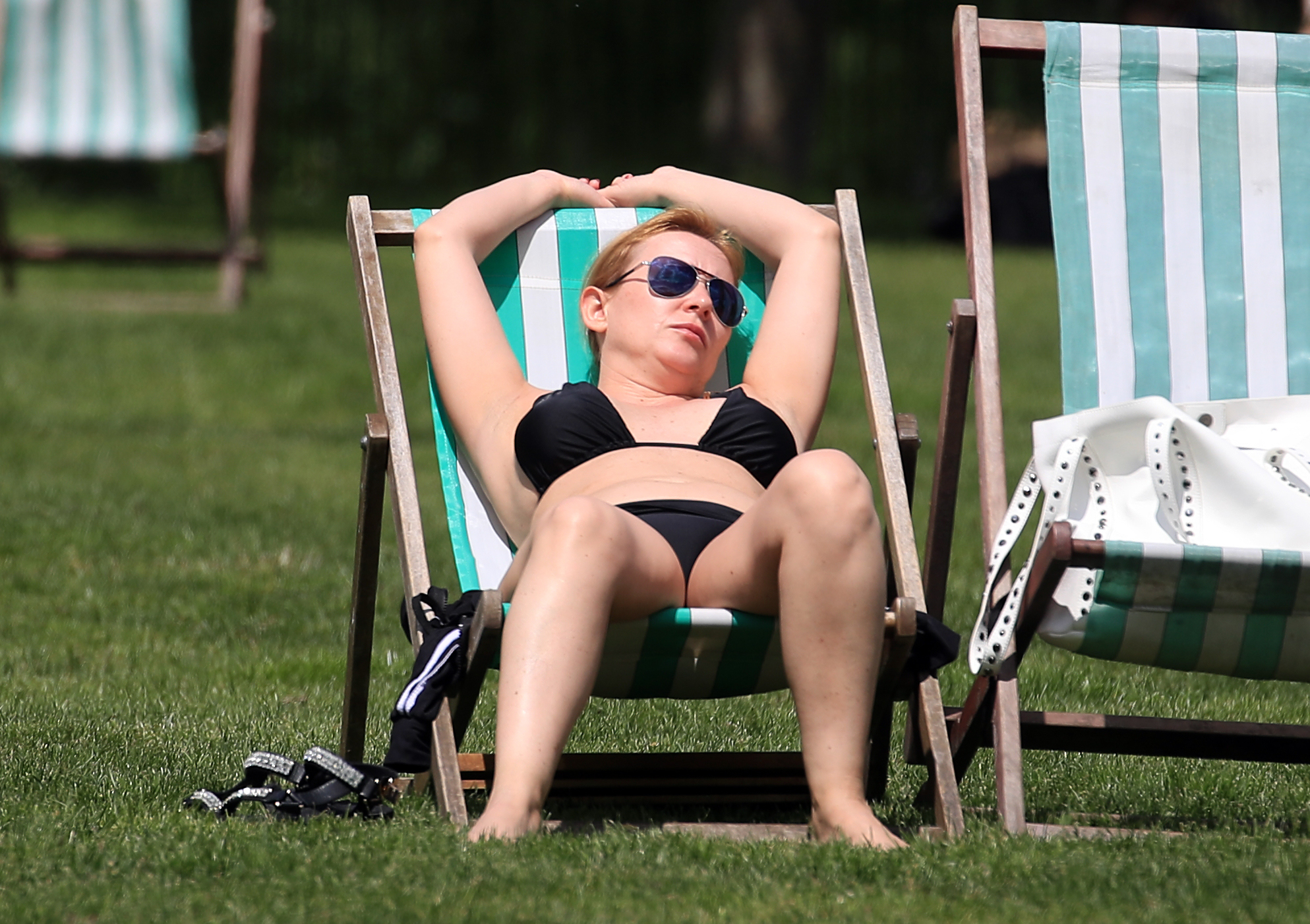 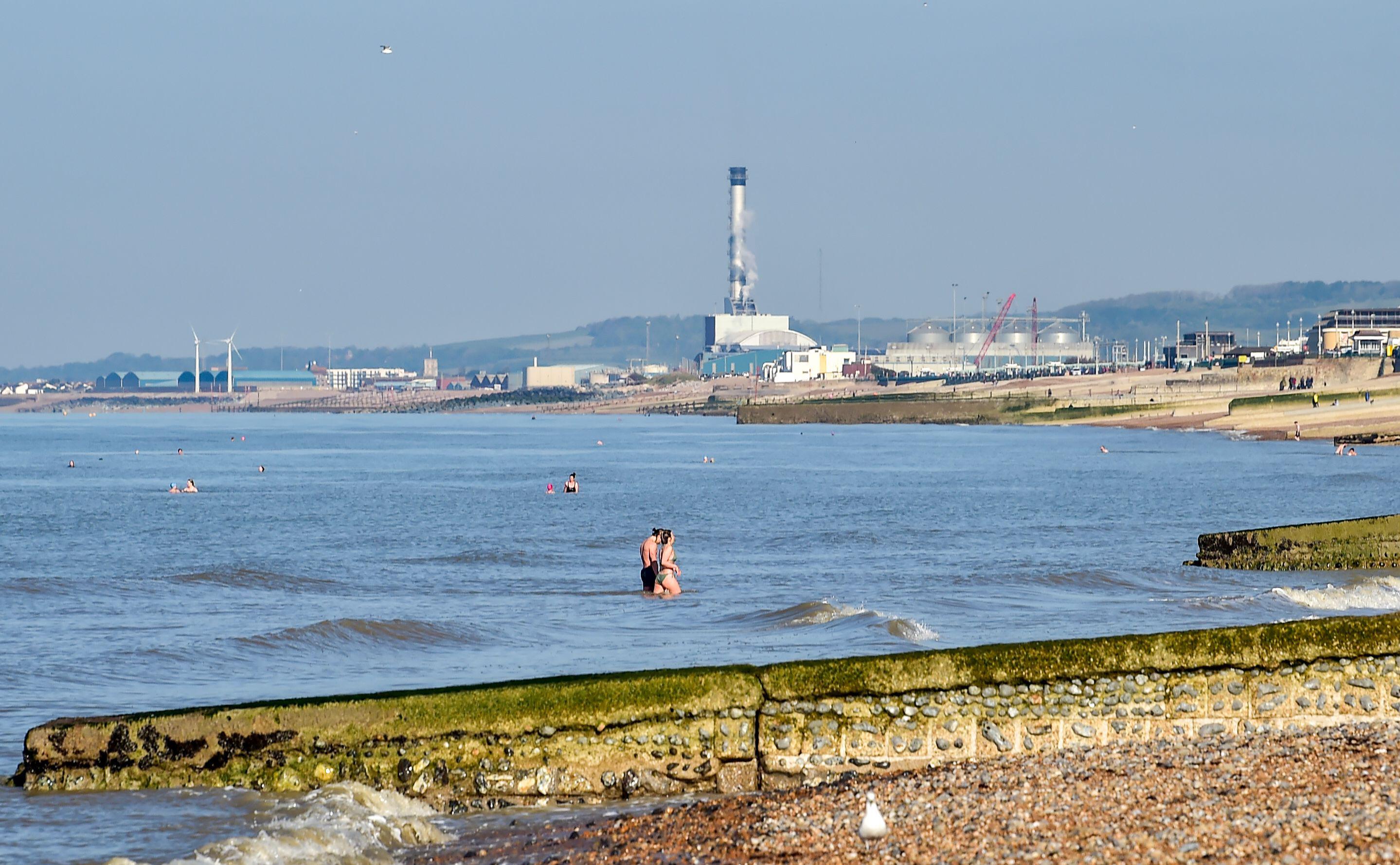 Only 11 per cent of drivers aren't planning leisure trips over the weekend due to the pandemic, compared to 18 per cent over the early May bank holiday and 25 per cent over Easter.

RAC patrol of the year Ben Aldous said: "With Covid restrictions gradually lifting and some better weather on the horizon at last, we’re anticipating large numbers of drivers to be venturing out and about over the bank holiday weekend.

"The fact only one-in-10 said they weren’t planning a trip because of the virus, down from a quarter over Easter, shows people now have more confidence to drive to see friends and family safely.

"Our research points to Saturday and Monday being the busiest days, but in reality, there’s a good chance the weather will have the final say as to how busy the roads get.

"A return to more typical late May temperatures and an end to the recent wind and rain could spark a sudden surge in journeys and mean some routes – especially those to the coasts and hills – start to clog up."

And it's set to continue for the first half of June as the Met Office's long range forecast predicts the heatwave will stay for up to two weeks.

The first week will see the warm, settled conditions we see this weekend continue.

And for the second week above average temperatures remain, however there will be some showers.

The bright spell is set to see millions of cooped-up Brits flocking to the coast in the coming months – with this summer tipped to be the busiest on record for beachgoers.

A Royal National Lifeboat Institution poll of people aged 16 to 64 suggests 75 per cent – roughly 30 million – expect to visit the UK coast between April and September, The Mirror reports.

Gareth Morrison, the RNLI’s head of water safety, said: “We are expecting this summer to be the busiest ever for our lifeguards and volunteer lifeboat crews. This is very concerning.

"Our main advice is to visit a lifeguarded beach and swim between the red and yellow flags."