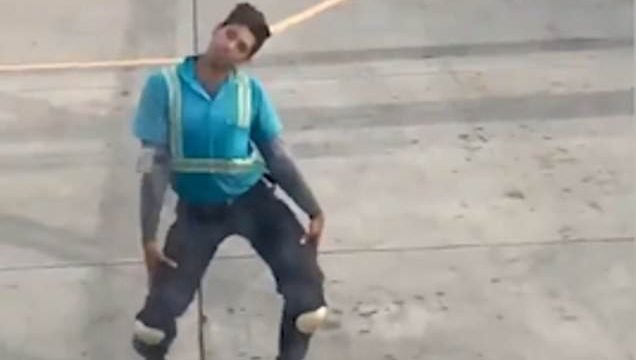 Working that runway! Baggage handler amazes the internet with his incredible dance skills

A Hawaiian baggage handler who entertains travelers by dancing on the tarmac while they wait for take-off has become an internet sensation after a video of his routine went viral.

But the Hawaiian Airlines ramp agent has always dreamed of becoming a back-up dancer, and uses his free time to practice – to the delight of the airline’s passengers. 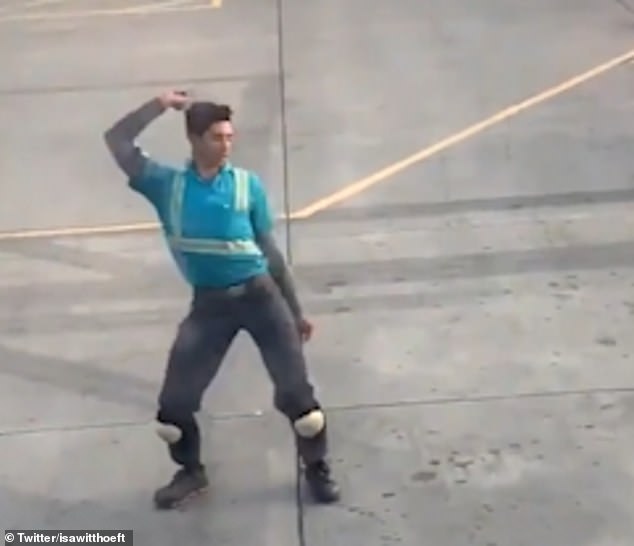 Last Friday, Vailuu became an overnight star after a local teenager named Tiffany Gataniss uploaded footage of him dancing next to her plane to Twitter.

In the video he can be seen standing near the aircraft before seeing that Gataniss was filming him and waving to the camera.

He then performs an elaborate routine, sashaying and spinning while passengers on the plane cheer and laugh. 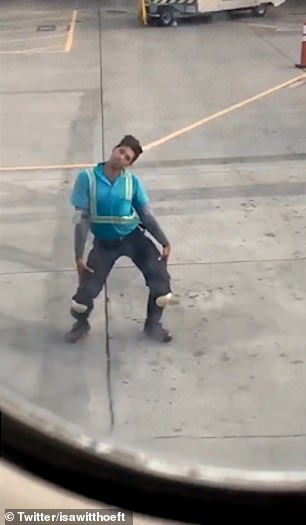 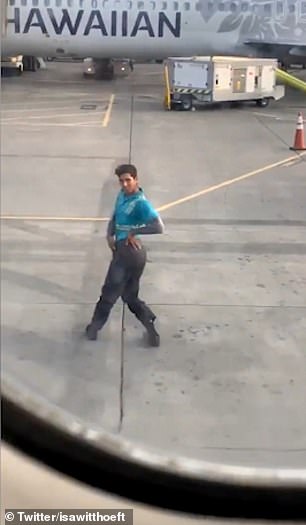 Gataniss’s video has since been viewed more than half a million times on Twitter.

‘I had just finished loading the plane and it was my last plane before I got off,’ Vailuu told BuzzFeed News. ‘I was like, I might as well (dance)!’

‘Every time I do something, I always see a phone sticking out,’ he said.

Vailuu said he learned to dance by studying professionals on Instagram and practices his routines unashamedly in front of the mirror at the gym.

He told the BuzzFeed that although his dream is to be a back-up dancer, he is also considering becoming a flight attendant to pay the bills.

If he does, he says, he will be dancing up and down the aisle.

‘I’ll be serving them drinks and entertainment!’ he joked.

And Vailuu has certainly kept people entertained so far – with internet users calling for him to appear on the Ellen DeGeneres show and Ru Paul’s Drag Race. 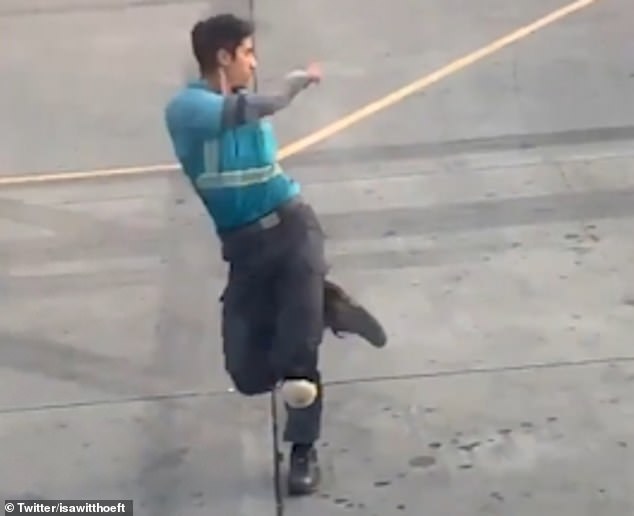 ‘This is awesome,’ commented one person on Twitter. ‘Flying nowadays has become an endurance test rather than an adventure and if I looked out the window at this instead of the surly view I usually have, it would start any trip on a great note!

‘This wonderful person makes me want to fly Hawaiian Air. I hope to exemplify that much joy soon,’ wrote another.

‘I feel blessed,’ Vailuu told BuzzFeed after the video went viral. ‘I’m just living life and being me.’