Let’s take a look at the Sydney Morning Herald’s front page today. The top story is an unprecedented $4.5 billion boost for NSW hospitals and health services in the state’s budget.

Here’s the front page of The Age, with the top story on the Reserve Bank of Australia likel hiking rates on Tuesday, over and above what has been forecast.

Fresh fruit and vegetables, cooking oil and staples such as bread and pasta are among grocery items expected to climb in price as supermarkets and stores face increasing costs along supply chains.

Vegetable and fruit prices rose by 6.6 per cent and 4.9 per cent respectively in the first three months of 2022, according to latest CPI figures. But shoppers hoping for the pinch on their wallets to ease will find little respite, experts say. 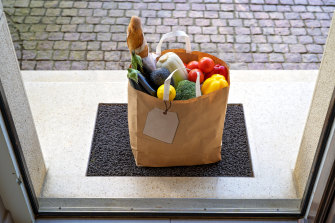 Fresh fruit and vegetables, cooking oil and staples such as bread and pasta are among grocery items expected to climb in price.Credit:iStock

“In terms of looking forward, we don’t see any relief for the rest of the year,” said Sean Smith, the chief of Frugl, an app that tracks and compares grocery prices. “Overall, the prices are going to go up. And that will continue.”

A perfect storm of factors has pushed retail costs higher. These include border closures during COVID which has led to critical labour shortages that big business has now flagged as a priority for the Labor government. Floods in Queensland and northern NSW have adversely impacted crops and transportation, while Russia’s war on Ukraine has exacerbated matters by reducing global supply of oil and wheat.

Farmers and retailers have tried to absorb these rising costs over the past few months, Smith said. But “our view is that they’ve really reached breaking point, and they just can’t absorb any more”.

Reserve Bank will lift rates amid cost-of-living pressures, but by how much?

The Reserve Bank could lift rates even higher than tipped on Tuesday after Treasurer Jim Chalmers said inflation was worse than the March budget forecast as prices for essentials, including food and petrol, continue to rise. 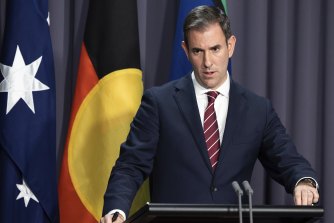 The RBA is expected to hike the official cash rate by at least a quarter percentage point on Tuesday, but financial markets say there’s a three in four chance it will increase the rate by 0.4 percentage points to address inflation. AMP chief economist Shane Oliver said there was a chance of a 0.5 percentage point increase.

The RBA lifted interest rates during the election campaign from historic lows to 0.35 per cent, amid signs wages growth was heating up and inflation increasing at levels not seen since the introduction of the GST. Australian Bureau of Statistics data from March showed inflation grew 5.1 per cent in the 12 months to March and 2.1 per cent in the first three months of the year.

While the next official figures won’t be published until the end of July, Chalmers flagged inflation would outpace the Coalition’s budget forecast of 4.25 per cent through the year to June.

“There’s no use mincing words here, the inflation we inherited is high and rising, and real wages are falling faster than they have at any point in the last two decades,” he said.

It’s Monday, June 6. I’m Ashleigh McMillan and I’ll be anchoring our live coverage for the first half of the day.